A Journey into the Madness of Mexico’s Drug Wars

Iain Overton meets the unwell residents of Ciudad Juarez, a Mexican town trapped between the guns of the north and the drugs of the south

“Poor Mexico. So far from God and so close to the United States”.

So said the 19th Century Mexican soldier and politician Porfirio Díaz. It’s a saying that rings as true today as it did then.

The Latin American country sits between the drug-cultivators of the south and the gun-mongers of the north. It’s land where the smuggling of cocaine northwards – here known as “cremita” (little cream) or “talco” (talc) – and the murderous efficiency of US-made Smith & Wessons, and Kel-Tec guns, meet in a confluence of white dust, iron and blood.

There have been 26,000 murders so far this year. The bloody toll proves the utter failure of Mexican President Andrés Obrador’s strategy of using his military to bring the drug gangs to heel.

It’s a failure that takes on many faces. The countless grieving mothers and orphaned children; the rotten red crosses that line the dusty roads of the north, crumbling memorials of lives taken too soon; the broken-tooth towns that lace the border between the United Mexican States and the United States of America.

One such town is Ciudad Juarez. Located in the state of Chihuahua, it squats on the US border. Filled with thousands of migrant workers and factory seamstresses who have travelled to this dusty frontier to make a better life for themselves, it promises hope to some. But hopes are dashed quickly. Reality soon bites in this place.

Juárez – along with seven others in Mexico – was one of the 10 most violent places in the world last year. There were more than 1,400 murders in this city of about 1.5 million residents. For comparison, London, home to nine million, saw around 220 homicides. 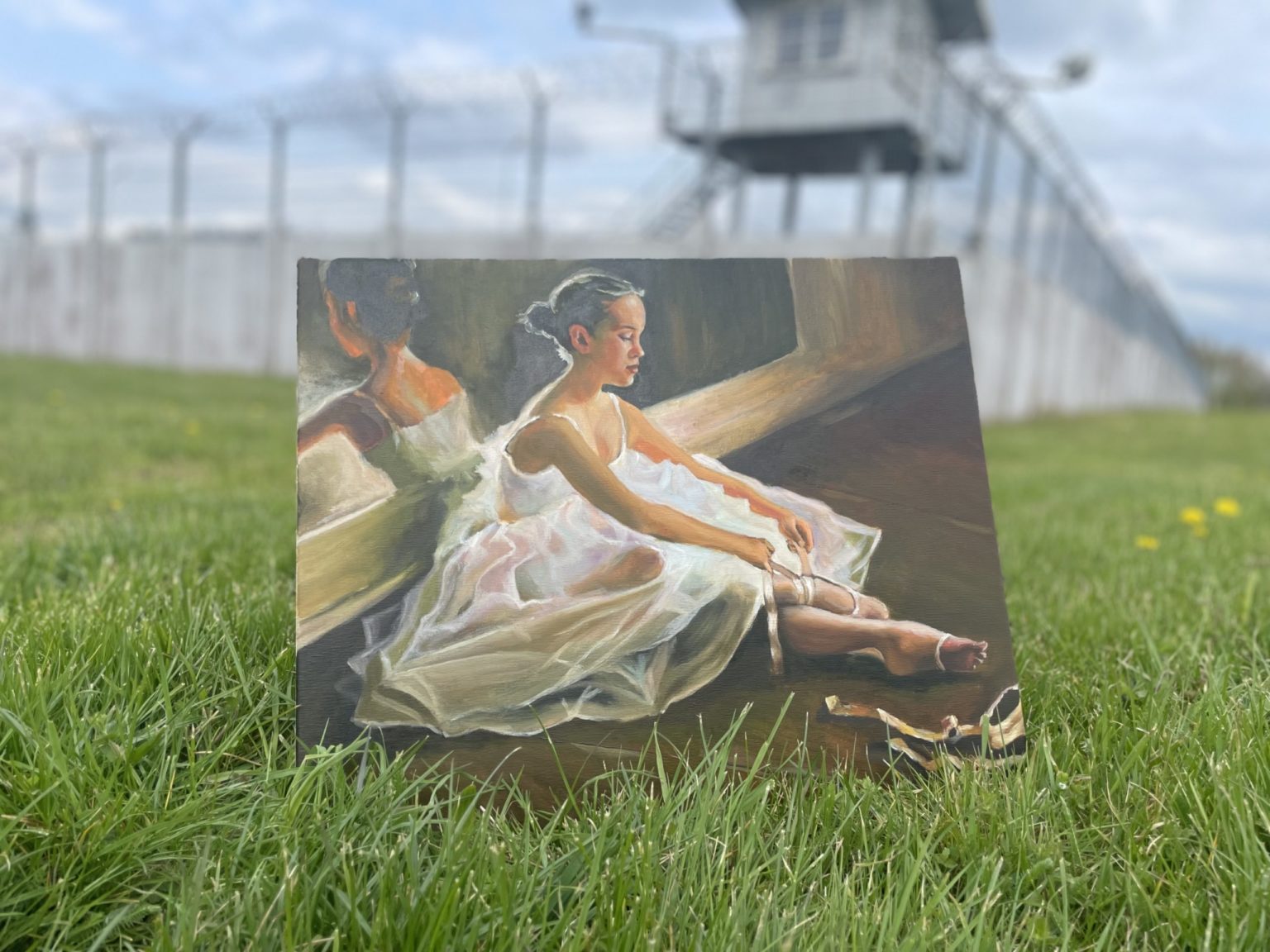 The death toll in Juarez long ago reached the levels of a conventional war – only, rather than armies, this is a battle carried out between drug traffickers and corrupt officials. It’s one fought with torture and assassinations, drive-by shootings and night-time murders. A chaos made more stark by the fact that just across the Rio Grande lies El Paso, Texas. In 2020, El Paso was deemed the safest large city in the United States.

The divide between heaven and hell can be as simple as a stretch of frontier barbed wire.

Guns have transformed this city. They have made life cheap: an assassination here costs just $85. Women’s lives are reduced to fear: 87 were murdered between January and September alone, most with impunity. The minds of many are shattered under this pressure of violence and drugs.

I had travelled into the shadows of the Chihuahuan desert to find out just what form this shattering took. I had gone searching for evidence of not only what violence had done to the soul of Mexico, but how it has harmed its mind. To do that, I headed to the place best to find this: a charity that dealt with madness.

The road to the mental hospital was a straight line that cut into the dark pools of black which lay beyond the ragged edges of the city. As Juarez thinned out, and the desert took its place, the low barbed wire-rimmed walls of the factories ended. Even the shacks, with their contained patches of blue electricity, began to spread further and further apart.

We passed into that darkening night until all that was left were the spotlights of the car and the desert silence; the city in the rear window diminishing into the dark.

“This is where they bring them before they kill them,” my Mexican driver said, nodding at the radiating desert scrub on either side. The gangs who fought their drug turf wars here used this desolation for their revenge.

Then, 20 kilometres into the inked gloom, a murmur of light and a low huddle of faded buildings came into view, as a sudden slope of an unpaved road showed itself down to the side. The driver overshot it and we turned in a gritty circle to head back, stones flying.

A man stood there, waiting for us, framed against the electric light. ‘El Pastor’ he called himself: the Priest. He had never taken Orders nor avowed celibacy, but his black shirt and black trousers looked like a uniform worn against a spiritual enemy. He greeted us tersely, leading us out the back. It was here that another face of Mexico’s violence was revealed.

A line of cages stood in a mute row. Each one was about two feet wide – barely enough for you to stand up in sideways. Every cage had a tall metal grill onto which a padlock was fixed. Inside, we could see a low-slung concrete bed that stretched the length back onto a shadowed wall, and a plastic, knee-high bucket, filled with unrepeatable things.

Eight cages for eight patients. They lay there, cold eyes in the half-light, faces wrapped silent under thick woollen blankets. The stench from their unwashed feet and their un-emptied buckets was thick in the air.

Whatever pills the Pastor and his staff had given the patients had clearly worked. The sedatives served with their meals of rice and beans had kicked in. They kept the patients quiet and unmoving.

The cages were there to protect them, said the Pastor.

These men and women were the mentally ill of the Mexican border town – their illness the stark and ugly result of the violence they had endured in the stained city streets; people so ripped apart by death and drugs that their lives had to be contained in metal cages to prevent them unravelling.

Later the Pastor sat down at his expansive desk and beckoned me to take a seat in the office that was also his bedroom.

He had found God, he explained, and God had told him to build these cages for those who had fallen victim to the drugs and violence in Juarez. God had told him to scoop up those whose bed was the street and whose minds had long since folded into madness, and give them food and blankets and a roof.

He had no training as a mental health nurse – he had a Mexican heart.

It was a conflicted conversation. It’s easy to condemn a man who confines the mad to caged beds. But I also knew if he hadn’t offered the ragged men and women some shelter here, their last bed may well have been the pavements of Juarez – or even the desolate landscape where the drug lords brought their victims. Hell as this was, it was also a mercy.

There are other places like this that lie beside the dark pools of armed violence around the country; uncounted beds where the broken and the tormented lie with blank eyes and tortured minds.

These are beds holding the people whose thoughts are broken by the violence they have witnessed and committed. These are places where communities live, locked behind high walls and thick glass, each family trapped in the fear of what armed violence has brought into their lives. These are the countless widows and orphans whose whole lives will be marked by the sadness of losing a father to a bullet, the mothers who have lost their daughters. And most live, like those in the Pastor’s hospital, in a cage. Their cage may not be a physical one, but a cage nonetheless.

Because this is the reality of violence in Mexico: imprisonment. A country forever trapped between the guns of the north and the drugs of the south, and one that lies so very far from God.