As Leila (not her real name) desperately clambered under the descending shutters of a small shop in Tehran, she thought the game was up. Unintentionally, she had crawled into a room full of Iranian policeman.

A former political activist in Iran and member of the women’s branch of a reformist political party, she had been fleeing from a nearby demonstration that was violently suppressed by police.

“I could see myself in a detention centre in my mind… I could see the last seconds of my life,” she told Byline Times. Now she found herself face-to-face with her oppressors and feared the worst.

However, through what can only be described as a miracle, “they smiled, and it was one of the best experiences that I’ve had… they said we have fled like you”.

“They had hidden themselves there to not be forced to kill people,” she explained. In a rare moment, both sides came together.

“We hugged each other, we cried with each other,” she said.  This time, she was not taken to a detention centre or forced into what some protestors describe as “murder vans” – vehicles in which dissenting Iranians are reportedly tortured or killed.

This was a departure from the brutality she had witnessed many times before.

Her work as a political activist and role in organising protests has led to her being blacklisted by the Iranian regime. Having participated in more than 50 street demonstrations, she eventually left the country in 2020.

Now, as unrest sweeps across the region following the death of 22-year-old Mahsa Amini in morality police custody, Leila told Byline Times her story and the stories of the Iranians currently risking their lives to protest.

Ms Amini’s hair was allegedly visible under her headscarf when she was arrested by morality police in Tehran earlier this month. Under Iranian law, based on the country’s interpretation of Sharia, women must cover their heads with a hijab. In response to her death, women have been burning their headscarves in acts of defiance against the state.

Forced to Fight for Human Rights

Although she is safe in the UK from the most recent outbreak of violence, Leila remains in contact with Iranians on the ground. No internet, limited access to social media and fears of state reprisal make international contact difficult. However, through Leila, Byline Times has heard accounts from people inside the country. So far, at least 41 have died.

One lady, a 40-year-old mother from Tehran who works as a ‘digital trader’, said that she fears for her teenage daughter’s life, whom she can’t prevent from going to demonstrations. Her other daughter fled to Turkey months ago. The mother has been arrested three times and shot at.

She said police are regularly using tear gas and that she struggles to breathe properly because her lungs are “full of gas”. She has been forced to stay out on the street at night, as police conduct raids on local houses. She is most afraid of the Sepah (a special branch of the Iranian armed forces).

A 30-year-old account manager described what she has witnessed in Tehran. “Over the past few days, I have seen people unite without damaging public property… In the central streets of Tehran, security forces were shooting at people with batons, tear gas and bullets. People helped each other and gave [each other] masks so as not to be recognised.”

She described protestors and police clashing on motorbikes. On Valiasr Street, police on bikes rushed towards protestors, who formed a blockade using their own motorcycles, buying time for others to flee.

“Some officers in the crowd used spray to mark the [protestors’] clothes for identification… People were together, talking to the officers and saying that we want freedom and security,” she said, adding that some people have been “injured but cannot go to medical centres”.

“As a human being, as an Iranian, I’m tired of anger, violence and insecurity, being killed or forced to fight to obtain minimum human rights… I ask my people not to forget that no one should be persecuted for his opinion unless he has caused others to suffer.” 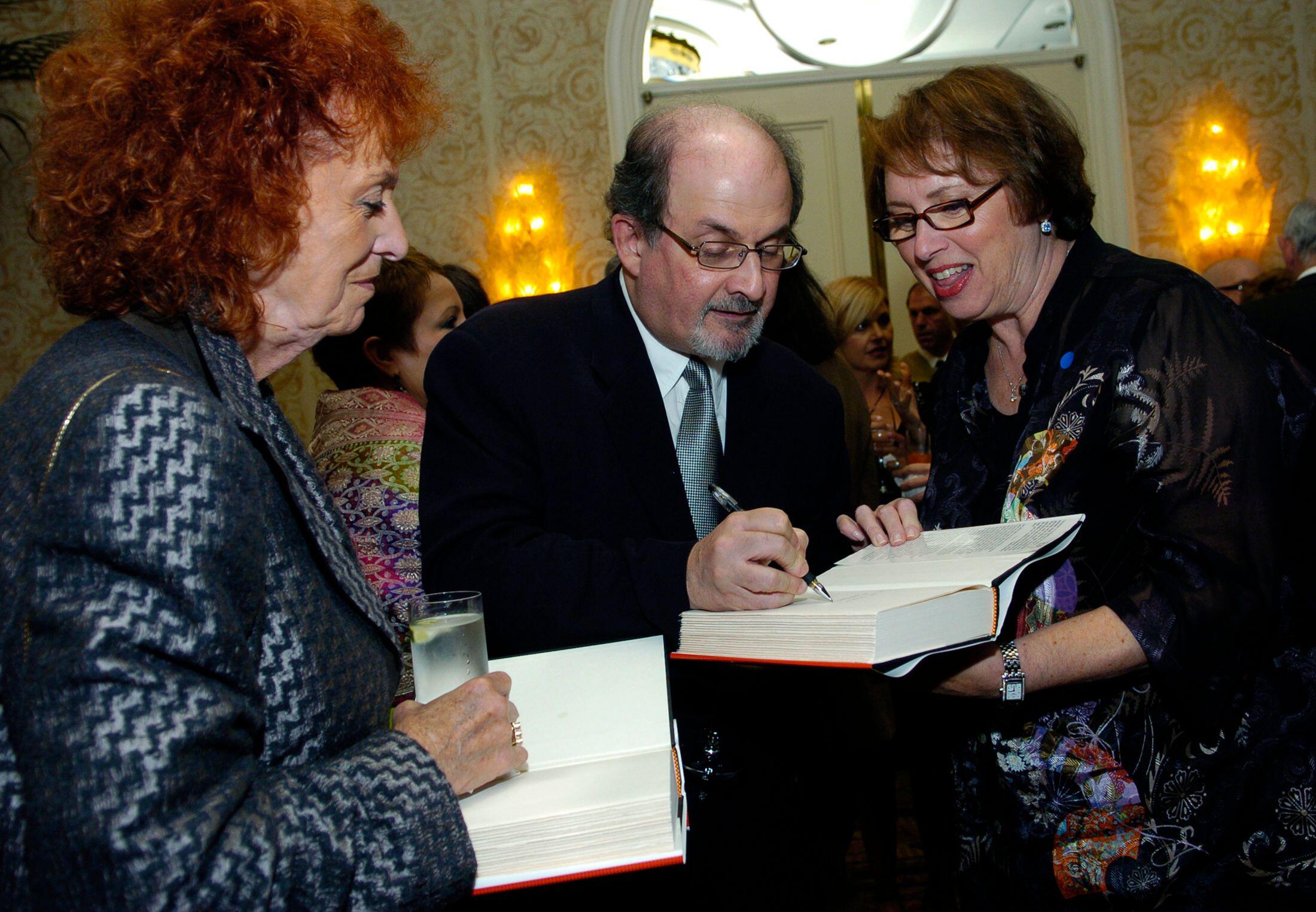 Sabah, from Kurdistan, currently based outside the country, described this as “the biggest political situation I can remember”.

He described a growing unity among different groups in Iran. “Now you can see this unity, now you can see people in Tabriz (a city in north-western Iran), showing support for Kurdistan,” he said. “Not only Tabriz, now we have 80 cities protesting and supporting each other. That is amazing.”

“You can see a lot of people changing their mind,” he added. “We even have celebrities, who have been supporting the Government for 40 years. Now they changed their mind just yesterday.”

He described how suppression of protest has become “more and more brutal… merciless” in recent years, fuelling unrest.

In 2019, violence erupted after fuel prices tripled. Amnesty International estimated that more than 300 people died, while Reuters reported that 1,500 were killed.

“I have witnessed countless brutal behaviour of police with protestors,” Sabah said. “I remember with my friend, we were in the street, I was young, so young, but my friend was a little bit younger than me, and one officer took his hands… another officer started beating him in the stomach… badly. I couldn’t do anything about it… They have no mercy.”

Another woman, a filmmaker in Tehran, described seeing protestors with shirts pulled over their heads.

“They were made to sit on their knees,” she said. “The people who were arrested were screaming and the oppressors were screaming terribly to scare them… people kept shouting so that someone from outside would hear their voice and help them.”

‘Still the Trauma is With Me’

Leila herself has experienced years of trauma and regularly sees a counsellor in the UK.

“Once, I was running across one of the bridges in Tehran,” she told Byline Times. “I’ll never forget this. I saw one of the girls… Two [of her] hands were taken by [a police officer] and two feet were taken by another one.”

As she ran, she saw the police begin to swing the girl from side to side. “They threw her from the bridge… and I was just running and, when I was running, I turned my face back, and I heard that sound of [her] hitting the floor.”

On another occasion, she witnessed the police drive over a young boy repeatedly. “I remember one of the days that I was in one of the squares of the capital, and one of the police cars drove over the body of… a very young boy, deliberately, and came back and forward to be sure that he was, yeah, smashed,” she said.

But Leila’s scars are not just mental. She still struggles to breathe after inhaling tear gas in 2019. “Still, I’m suffering from it. I felt dizzy, I fell on the floor. I didn’t understand anything afterwards. I’ve been kicked to the floor… I’ve been arrested, and I’ve been taken to a place where I didn’t know where I was and you couldn’t understand whether it was day or night, you couldn’t recognise the time.”

These experiences have fuelled her desire to speak out and she has helped to organise multiple protests in the UK. At a recent demonstration, she and other women cut their hair as a symbol of defiance against the Iranian Government’s restrictions on social freedoms. Another lady set fire to her headscarf.

Because of this, Leila received threatening messages on social media from Iranian police.

Her husband has received threats of violence and was told that Iranians would get “revenge” on them. Visibly shaken, Leila said: “They’re swearing at us and they are saying ‘you have sold your country out’… I’m scared… It’s not the first time that they are threatening us, it is not the first time. My heart is pulsing now… because they can do everything, even in the UK… I really want the UK Government to protect us”.

“I knew that I was risking something,” she added, “but my fellow countrymen need to know that we are not silent here.”

Asked what her message is for people in the UK, Leila said: “First, there is a vast valley between Iranians’ attitudes and Iran’s regime’s attitude.

“Third, let’s not think of the concept of the protests as related to religion, ethnicity, political or any other internal problems – they’re matters related to fundamental human rights and should concern not only Iranians, but every single individual who’s living in this planet and is expecting peace for the world.

“Fourth, please let’s all stand together for human rights shoulder-to-shoulder. Be an Iranian’s voice and ask your MPs or other politicians to take serious action.”

Amnesty International has a petition calling on states to set up an independent UN mechanism to investigate serious crimes under international law in Iran. It can be viewed here

Francesca Visser, 5 December 2022
As a new anti-LGBTIQ is passed by Parliament, activists fight back by retelling their history in the country 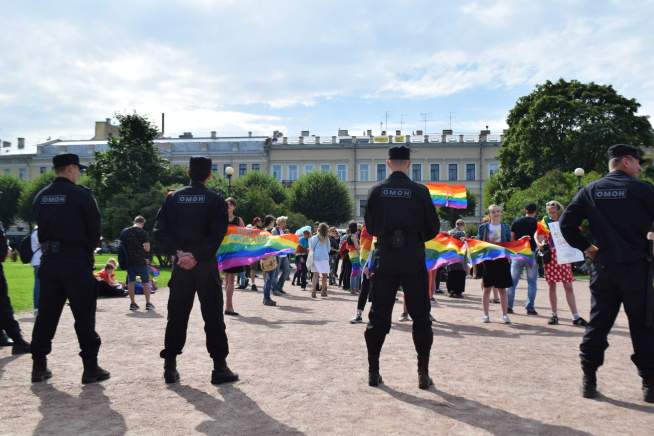 University Strikes: An Inevitable Result of the Damaging Legacy of Marketisation

Thomas Perrett, 5 December 2022
Thousands of academic staff have had to accept sub-standard working conditions and casualised contracts as politicians have attempted to alter the purpose of the education system, writes Thomas Perrett 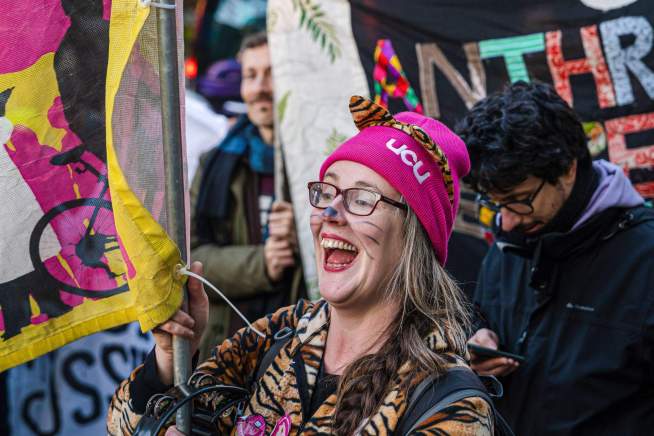 Xi-Think: The Imminent Dangers of Absolute Power in China

Chris Ogden, 5 December 2022
The fate of China and much of the world is now dependent on the whims of one man, says Chris Ogden 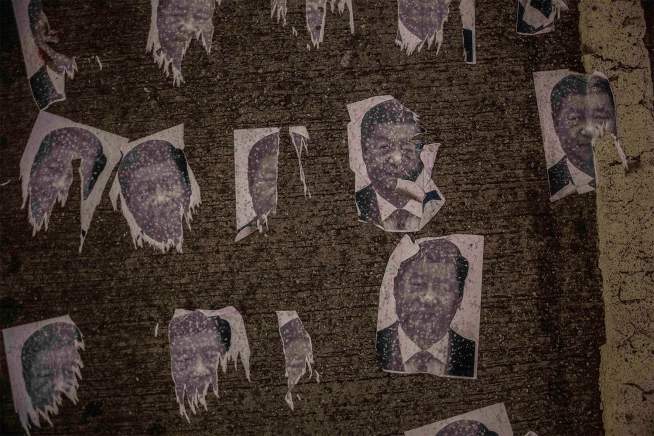