Why the ‘Culture War’ Will Intensify Under Liz Truss

Thatcherism is back, at least in theory. While Liz Truss has pledged state support to shield the most vulnerable from the cost of living crisis this winter, her economic convictions are clear, seeking a smaller state and lower taxes. “You can’t tax your way to growth,” the new Conservative Leader repeatedly claimed, during her first outing at Prime Minister’s Questions.

As has been commented on elsewhere, this marks a departure from the Boris Johnson school of economics, which preaches more active administrative measures to fund public services and suppress inequalities (notably between regions).

A key component of Johnson’s appeal to non-traditional, working class 2019 Conservative voters is therefore set to vanish. The outgoing Prime Minister was the physical realisation of the Vote Leave campaign, which was conservative on social issues (scapegoating Turkey’s non-existent membership of the EU and demonising metropolitan, liberal values), and relatively progressive on economic issues (‘£350 million a-week for the NHS’).

Truss, though she backed Remain, currently embodies the more ideological, and libertarian, wing of the Leave campaign – the low regulation, low tax, ‘Singapore-on-Thames’ model pitched by the likes of Daniel Hannan and Douglas Carswell.

So, Truss is wilfully and consciously dispensing with the economic formula that stacked up an 80-seat majority for the Conservatives in 2019, following on from the Tory-Brexit triumph of 2016. The new Prime Minister will need to compensate – likely turning up the dial on the party’s reactionary social policies, epitomised by the so-called ‘culture war’.

Indeed, breaking working class solidarity through the deployment of cultural ‘wedge’ issues is now one of the primary weapons of conservatives on both sides of the Atlantic. Rather than viewing Johnson as an enemy of the working class, because he’s an Old Etonian pseudo-aristocrat, he has been seen in recent years as a champion of the ‘left behind’ – due to his supposed antipathy towards ‘liberal Remainers’.

Johnson’s reputation as a cultural ally – the result of him curating an anti-establishment, socially conservative persona – was seen as more significant by many ‘Red Wall’ voters than his personal detachment from their economic circumstances.

While this has been a conservative ploy for decades – Conservative Leader Michael Howard ran an anti-immigration campaign in 2005 that included the policy of introducing an Australian-style points system, later supported by Nigel Farage and adopted by Johnson’s Government – this phenomenon has crystallised in recent political discourse through the culture war.

The ‘Culture War’ Continues to Radicaliseon Both Sides of the Atlantic 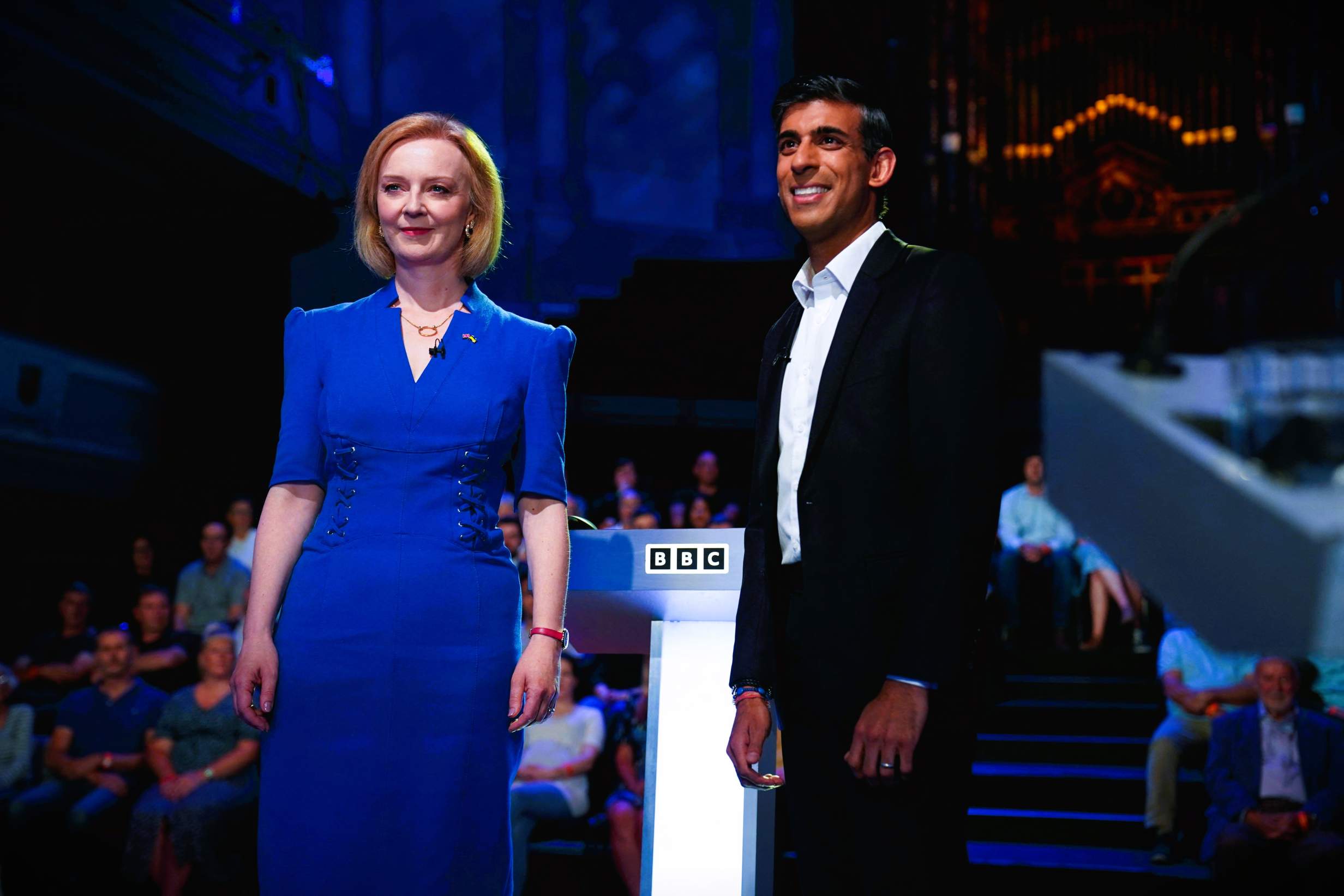 The phrase is commonly used in the media to describe a battle of ideas between two divergent groups. On the one hand are older and less well educated people who are socially conservative (likely to be more hostile to immigration, LGBTQ rights, and permissive social mores), typically rooted in small towns and rural areas. And on the other are younger graduates based in cities, who are generally more accepting of immigration and fluid identity values.

As Maria Sobolewska and Rob Ford write in Brexitland: “Many of those who grew up in a more ethnically homogeneous, socially conservative Britain have a profoundly different view of what Britain is and ought to be than members of the youngest generations, who have grown up in a much more ethnically diverse and socially liberal country.”

However, popular debate suggests that this war is being fought equally aggressively by both groups; a form of social Darwinian warfare that has spawned from a natural ideological divide, with no clear provocateur.

This is a distortion of reality. Although there is a small band of hyper-liberals who are attempting to rapidly and combatively erode ‘traditional’ ideas regarding borders, the family nucleus and gender identity – on occasion shutting down those who disagree – there is a much wider liberal consensus in Britain that is not so forthright nor so antagonistic about these values divides.

As the social class researcher Ellie Mae O’Hagan writes: “The hard right is successfully pushing a narrative that the division in this country is between the white working class and the ‘woke mob’”. This is despite the majority of people believing in basic, progressive facts such as that people of colour face greater barriers to success than white people, alongside popular support for policies such as gay marriage, access to safe abortions and a low salary threshold for immigrants seeking to enter the UK.

In an effort to cleave moderate conservatives away from this body of sane liberal opinion, however, culture warriors on the right exaggerate the influence of hyper-liberals – portraying this as the dominant progressive faction. This is aided by the detached information bubble inhabited by social conservatives – many of whom are older and therefore more reliant on right-wing newspapers and susceptible to online distortions. Nigel Farage instructively claimed, for example, that Brexit and Trump would not have happened without Facebook.

These separate information spheres are mirrored in the physical geography of liberals and conservatives, with the two groups increasingly clustering in different parts of the country.

“These trends magnify identity conflicts by increasing social segregation and reducing the level of contact and common experience between people on either side of the identity politics divide.”

The ‘culture war’ thus more accurately describes a political conflict manufactured by the right to distort and exploit real but otherwise neither excessive nor aggressive differences of opinion between social liberals and conservatives.

Reflecting the tempo of modern politics, this culture war is trans-Atlantic – waged by the likes of Ted Cruz, a multi-millionaire Republican who spends his time lamenting “west coast liberals” and their brand of ‘cancel culture’, in an attempt to distract from the corporate greed of America’s actual elites, who fund his brand of libertarian politics.

As Tom Nichols writes in The Atlantic about the culture war frenzy stoked by ‘MAGA’ (i.e. pro-Trump) Republicans: “They will tell you that they are for ‘liberty’ and ‘freedom,’ but these are merely code words for personal grudges, racial and class resentments.

“What makes this situation worse is that there is no remedy for it. When people are driven by fantasies, by resentment, by an internalised sense of inferiority, there is no redemption in anything.”

In other words, there can be no victory for the ‘silent majority’ in the culture war. Rather, they are stuck on a never-ending ferris-wheel of ever-intensifying grievances built to serve reactionary political campaigns.

This hyperbole reached its zenith at the recent Conservative Political Action Conference (CPAC) in Texas, where Farage brandished one of the primary scapegoats of American conservative politics: critical race theory – an academic discipline that explores how institutionalised racism operates in society. 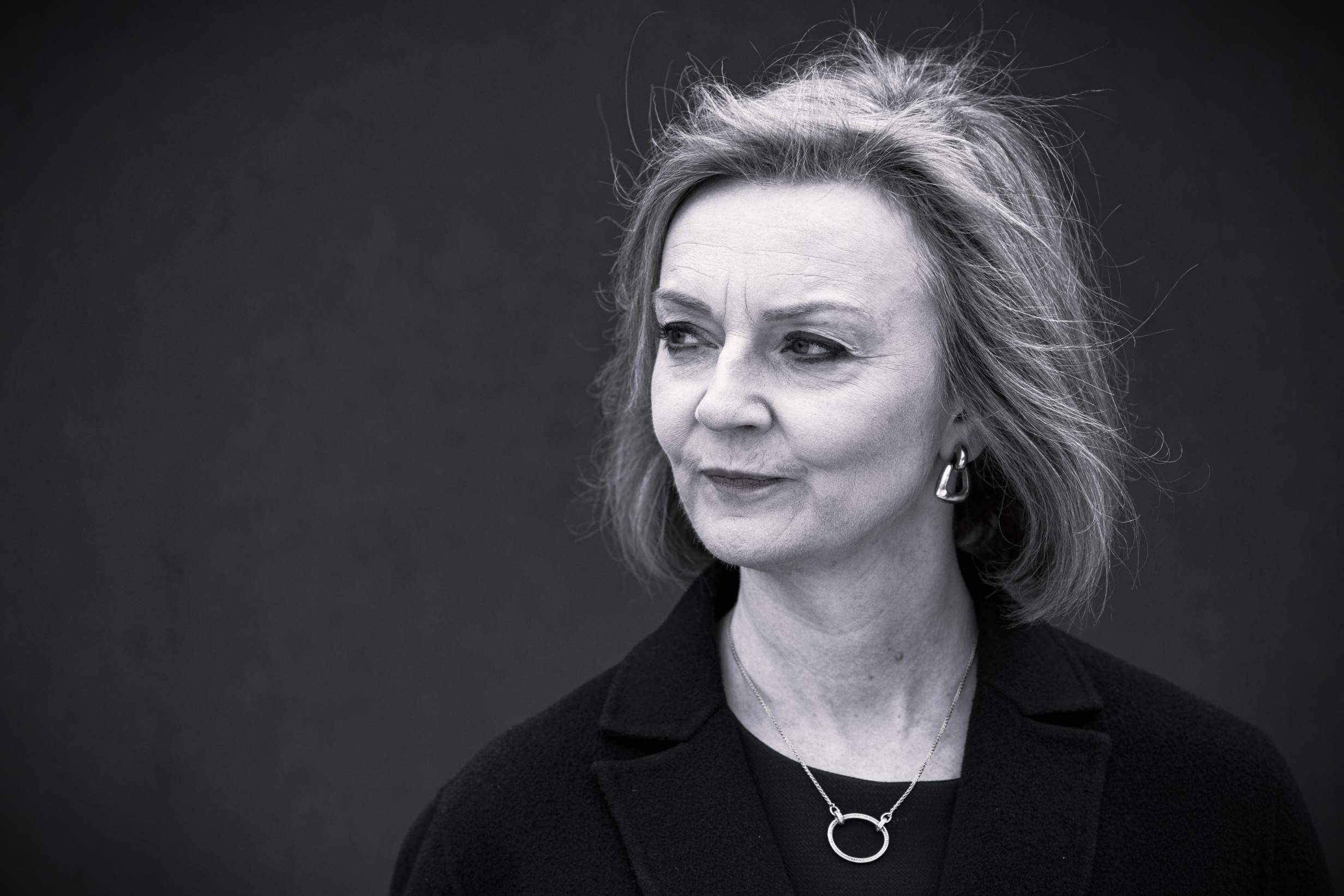 Reverberations of this debate have consequently been felt in the UK, with culture war commentators on the right caught in a state of frenzy about attempts in some academic institutions to examine the negative impacts of the British Empire, and to teach a form of history that accommodates more non-white perspectives.

Hence, the UK’s so-called ‘strictest headmistress’, head of the Social Mobility Commission Katharine Birbalsingh, used GB News to suggest that Shakespeare may be ‘cancelled’ in UK schools for being a “dead white man”. The Times followed this lead last month, lamenting the supposed mass censorship of classical texts by universities – claiming that lecturers fear that these books may offend students. This story was given front-page coverage by the Murdoch-owned publication, despite it finding only two examples of books having been removed from university courses across the UK.

This epitomises the culture war strategy: exaggerate well-meaning liberal reforms – or cherry-pick an isolated example of liberal overreach – to argue that the country is being infected with crazed, gender-fluid (Labour voting) woke warriors, and can only be saved by sensible (Conservative voting) traditionalists.

As culture warrior Toby Young recently wrote: there is “nothing so liberal about” the progressive movement. “Instead, it has far more in common with the hysterical witch-hunting of the Middle Ages.”

This hyperbole is defended with the nebulous threat of ‘what next?’ – a watershed theory implying that legitimate reforms benefitting minority groups should be snuffed out, as they may fuel vague, future incursions into individual ‘freedoms’.

As a result, even without the political imperatives facing Truss, it was always likely that her culture war rhetoric would further inflame – propelled by the constant need for new grievances to animate animosity towards the imagined extremism of progressives.

The question is merely what form this will take. If the Conservative leadership contest set the temperature of future policy, it seems likely that Truss will continue to defend – and even extend – the UK’s Rwanda asylum deportation policy, which is currently being challenged in court.

Judicial reform itself is also on the cards, with “activist lawyers” another longstanding target of the anti-woke brigade – potentially materialising through the UK’s departure from the European Convention on Human Rights (ECHR). This idea has been vocally supported by Suella Braverman, appointed as the new Home Secretary by Truss.

Yet more acrimony over gender identity and trans rights likewise seems inevitable – alongside a push to ‘de-wokeify’ the public sector, with Truss promising to scrap diversity and inclusion jobs in the civil service.

But, ultimately, it’s difficult to know how the new Prime Minister will deploy her imagination to further intensify this forever-war against liberal Britain. She may well borrow from Farage, who acts as the bridge between the populist-right in America and Britain – absorbing the talking points that emanate from Fox News and unloading them on domestic airwaves through GB News.

Farage’s relationship with American populism is symbiotic. The politician-turned-broadcaster is credited with introducing the culture war to MAGA Republicans through Brexit and the targeting of Rust Belt voters with anti-immigration, anti-expert, anti-establishment sentiments. “Brexit and the Trump election are inextricably linked,” former Trump campaign manager Steve Bannon has said.

But, now that the populist alliance has been forged, Farage is readily importing political tools back from America. Like the manufacturing of a car, Farage provided the raw materials and is now taking shipment of the finished product. Liz Truss may well decide to loan one of these vehicles.