How is Energy Transformation Key to Defeating Vladimir Putin?

Vladimir Putin has shut off gas supplies to Europe via the Nord Stream pipeline, an act that is set to plunge the region into an unprecedented economic crisis this winter whose magnitude few have really grasped. But despite Russia openly wielding energy as a weapon of war, the response from Britain and Europe has been not only timid, but bizarrely self-sabotaging.

At face value, Putin’s actions might appear to illustrate Russia’s strength. He wants to prove how indispensable Russia’s oil and gas is to the world – that Europe cannot afford life without Russian gas. And he is willing to wreak maximum damage to prove this point, knowing full well that this could trigger economic collapse amid unprecedented hardship through the winter that threatens millions of lives and fuels a spiral of political destabilisation across Europe.

But Putin’s trump card is also his last – and has inadvertently highlighted his biggest weakness: that the power of the Russian oligarchy depends entirely on Europe’s continued custom.

In this way, Putin has single-handedly obliterated the future of Russia’s fossil fuel export economy, and with it the power of the oligarchy that underpins his rule.

There is no longer a potential global market in which Russia’s largest customers would ever want to remain dependent on Russian oil and gas. By proving his willingness to weaponise his most prized commodities, the Russian President has shown himself to be an unreliable vendor.

Instead of offering a competitive product at value-for-money, Putin has illustrated that the rules of trade are irrelevant to him. He wants to force the world to buy his gas at cut-throat prices over the barrel of a gun, and to die if they refuse.

This is not how to run a viable business – it’s how to kill one.

Even if Europe feels forced to run back to Putin this winter to ameliorate economic and social chaos, there is no possibility of energy security when dependent on Russian fossil fuels. Putin’s own actions have set in motion a chain of events that cannot but culminate in Europe accelerating ways to diversify its energy supply sources as much as possible, and as rapidly as possible.

Falling On his Own Sword

Given this, it is not unreasonable to suggest that Putin himself has triggered the eventual collapse of the Russian oligarchy – the entire structure of which is intertwined with Russia’s commodities export economy, which supplied 40% of Europe’s gas last year. Without European custom, Russia’s gas export industry would collapse, along with much of its commodity export enterprises.

With Russia’s export earnings accounting for well over half its total Government budget, even if Russia is able to shore-up its economy temporarily with massive profits from oil and gas revenues due to rocketing prices, the faster Europe pulls away from Russian oil and gas, the faster will Russia’s government coffers evaporate.

Putin’s trump card has inadvertently exposed his biggest vulnerability: if Europe focuses on eliminating dependence on Russia’s most prized commodity, this will simultaneously eliminate its most powerful weapon in Europe.

Without being able to wield gas as a weapon, Putin will be left with little meaningful geopolitical leverage, and an economically debilitated regime. He will then rapidly run out of the resources required to run his war.

The fastest, most effective, route to defeat Putin, then, is not with military means – but by transforming Europe’s energy systems. And the fastest, most immediate, way to do that is by bringing dependence on Russian gas down to zero.

How fast can this be done? Pretty damn fast.

According to the Energy and Climate Intelligence Unit (ECIU), the quickest way to reduce our dependence on Russian gas is not by ramping up drilling of North Sea gas fields, but by rolling out electric heat-pumps and home insulation.

Heat-pumps provide heating for homes and water for much cheaper than gas boilers, by using electricity.

The ECIU’s conservative analysis shows that the 4% of gas demand Britain gets from Russia could be wiped out in just five years by installing heat-pumps and proper insulation in 6.5 million homes. Heat-pumps are now already cheaper to operate than gas boilers – so they would not only get rid of gas dependence, but make heating homes far cheaper.

Even if the UK just focused on upgrading the energy performance rating of homes using insulation and other heating efficiency measures, households on average would consume 20% less gas, overall UK gas demand would fall by 8%, and imports could be reduced by 15%.

Combining this with a heat-pump crash programme could accelerate the switch away from gas dependence.

The ECIU’s plan is conservative because it uses highly conservative assumptions – slow enough to be palatable in a political climate which hasn’t quite understood the stakes. The analysis envisages upgrading one million British homes a year and installing 600,000 heat-pumps a year.

This is a perfectly viable strategy that makes complete economic sense because it will generate year-on-year savings as Britain’s gas dependence is reduced. Instead of hand-outs for consumers, we have investments for households which will contribute directly to Britain’s clean energy system.

The coming winter crisis needs to be recognised as a grave national security issue. Russia hopes that, by shutting down gas supplies at the time of heightened need, the resulting pain, suffering and political destabilisation due to rocketing energy prices for consumers will force Europe to back down in its stance on Ukraine.

But what if we responded with commensurate urgency to this unprecedented national security crisis? 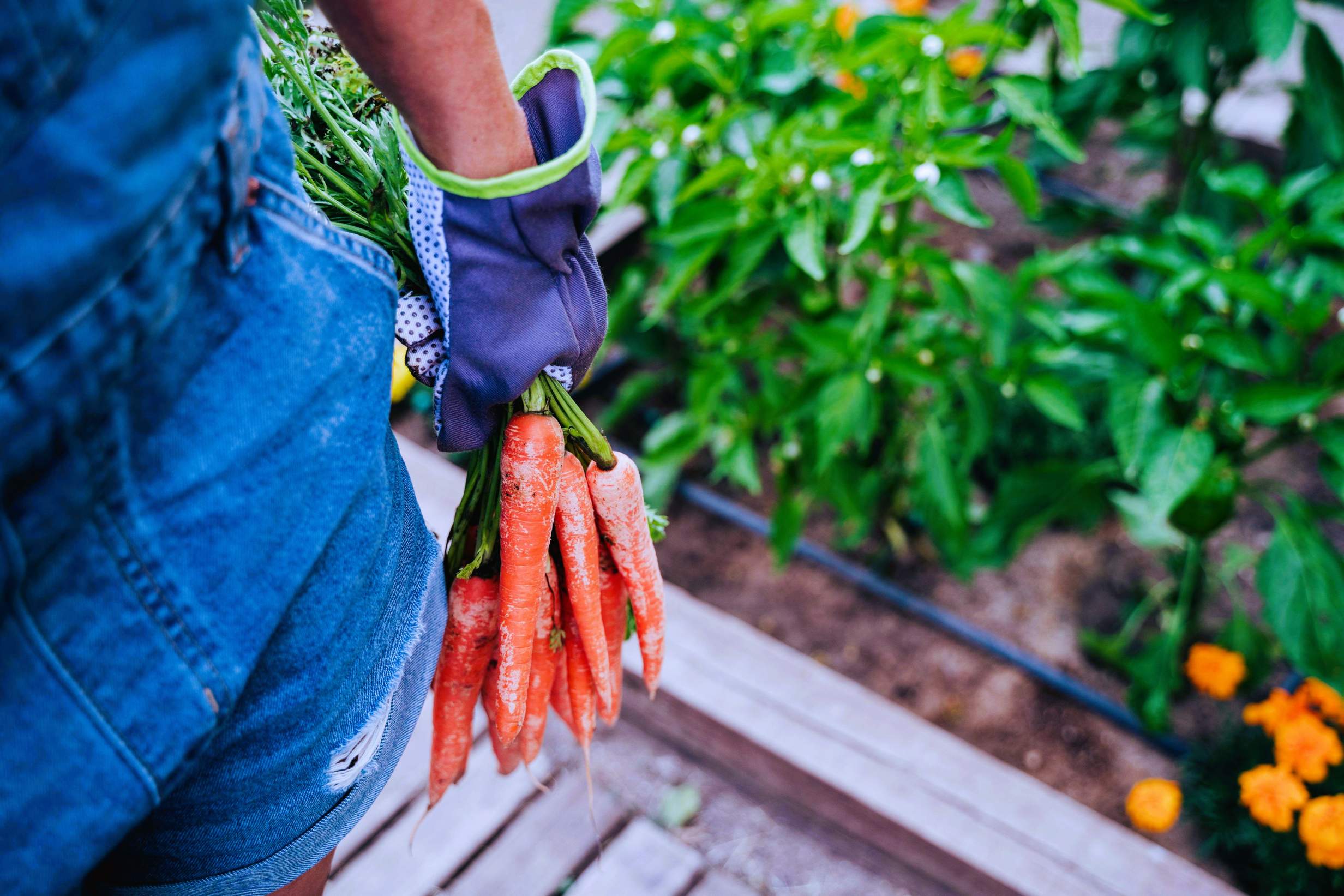 Dr Liz Boulton, a former army major in the Australian Defence Forces and leading expert on emergency responses to climate change, is the author of ‘Plan E’ – a landmark global climate emergency response plan published by the US Marine Corps University.

She believes that, with the right mindset, a crash heat-pump programme could have a huge impact in minimising the impact of Russia’s actions. And that this could be mobilised in time for winter.

“There is three months, I think something could be done,” she told Byline Times. “COVID showed how such unusual crisis response can be mobilised. I would say not only is it possible, but that if crisis pre-planning is not conducted and preparations made, government would be negligent if it does not reasonably anticipate the likely impacts of an energy shortage and take remedial action.”

National militaries should not be the main locus of such an emergency mobilisation, she said, but they can provide support to help develop civil capacity. The first step is for government leaders to call crisis planning summits where they pose questions to the wider community, industry and emergency services to prompt whole-of-society engagement.

“The sooner the questions are asked, the sooner everyone can start thinking and planning,” she said.

The defence industry, Dr Boulton suggested, could be pulled in to “quickly ramp up production” of heat-pumps. She pointed to a recent wartime precedent. “This occurred in Iraq when suddenly there were IED and the predominantly Humvee vehicles needed their floors to be hardened. Factories were established in theatre in Iraq to fast-track new hardened vehicles. So while that may be a simpler task than heat pumps, it is an example of what could be done.”

But what about the electrical expertise required to fit heat-pumps en masse?

The focus should be first directed at the poorest and most vulnerable households across the UK, before being scaled up, according to the expert. This would allow those most at risk to be prioritised.

The programme would create millions of skilled jobs, ripe for the electrification revolution needed in any case to accelerate the transition to clean energy.

Rather than leading this emergency response, national militaries “could be used to help plan and coordinate”, focused on building out “a range of civil capabilities” led by communities, civil society and UK businesses. That could include looking at “emergency options for people freezing, delivering hyperthermia blankets”, which could support a community-led response involving “checking on people and delivering hot water bottles or heated food”.

Dr Boulton urged European governments to recognise that a mass mobilisation could do wonders to protect people this winter while dramatically reducing dependence on gas.

Governments will have no choice but to spend billions this winter to protect their people – but much of this spending can be converted into a huge dividend. By alleviating the strain from gas demand on households, a whole-of-society crash heat-pump programme could push Europe into pole position in the clean energy transformation while opening up room to further support businesses and industry where transitioning away from gas will be more difficult.

So far, the response of Europe’s leaders to Putin’s wielding of his energy weapon has been confused, tepid and uncertain. They are still stuck in the old mindset, trapped in the belief that some sort of return to normalcy might be possible.

But there will be no return to normal. Britain and other European countries need to wake-up to the fact that oil and gas represent the linchpin of Putin’s continued hold over the continent. But his own weaponisation of energy has proven that the Age of Gas is dead. The task ahead is to finish it off, as quickly, ruthlessly and efficiently as possible.

Dr Boulton’s vision sets out how Europe could reduce its dependence on Russian gas not in years, but in months, with the right approach. While this would probably not reach complete fruition this winter, it would massively mitigate the damage Vladimir Putin wants to inflict while helping Europe reduce its Russian gas imports quickly.

Where would this leave Putin? A tank full of gas… in a worthless, unwanted car destined for the scrap heap.