How Can We Guard Against the Climate Crisis When Defence is Our Biggest Carbon Emitter?

Iain Overton examines the Ministry of Defence’s carbon footprint, and asks whether plans to boost military spending are compatible with the Government’s net zero targets

On 7 February 1968, the New Zealand journalist Peter Arnett quoted a US major over the Vietnam Battle of Bến Tre. “It became necessary to destroy the town to save it,” said the war-hardened officer. Those words became legend: a sort of haiku on the madness of war.

That was then, when the destruction of a town was considered the outrage. Today, the world faces a different, slower ruin: the climate crisis. And now, just as then, the defence industry has a part to play in the destruction.

Britain faces soaring urban temperatures, despoiled coastlines, poisonous streets, and warnings of apocalyptic weather patterns where commentator statements that “this is just the beginning” begin to sound like a death knell.

What, in the end, will save us from such destruction? And what will we need to destroy in order to save ourselves?

It is well-established that conflict is almost certain to accompany global warming. But what happens if the military is itself part of the environmental problem? After all, it accounts for some 50% of the UK central government’s carbon footprint.

Liz Truss, who is predicted to be the UK’s next prime minister, has promised to lift Britain’s defence spending to 3% of gross domestic product (GD) by 2030. This is a proposed defence spending increase of more than £10 billion in the next four years from its current £48.2 billion, and another £12 billion in the years leading to 2030.

It is a rise that raises two questions. First, in the midst of a cost-of-living crisis, how can the UK afford a 43% proportional rise in Ministry of Defence (MoD) expenditure (calculated from the percentage rise of GDP)?

Second, given the MoD is currently the single largest UK Government producer of greenhouse gas emissions, how does this hike help to save us from being subjected to environmental armageddon?

Truss’ proposed boost in defence spending would lead, invariably, to greater deployment of high-energy consuming vehicles, including huge new Queen Elizabeth-class aircraft carriers and an expansion of overseas military bases. Significant falls in the greenhouse gas emissions of the UK military seem unlikely, given this expansion.

And how her Tory-shire vote-winning boost in military spending aligns with the UK’s legal commitment of reaching net zero by 2050 is anyone’s guess.

The Ugly Face of War 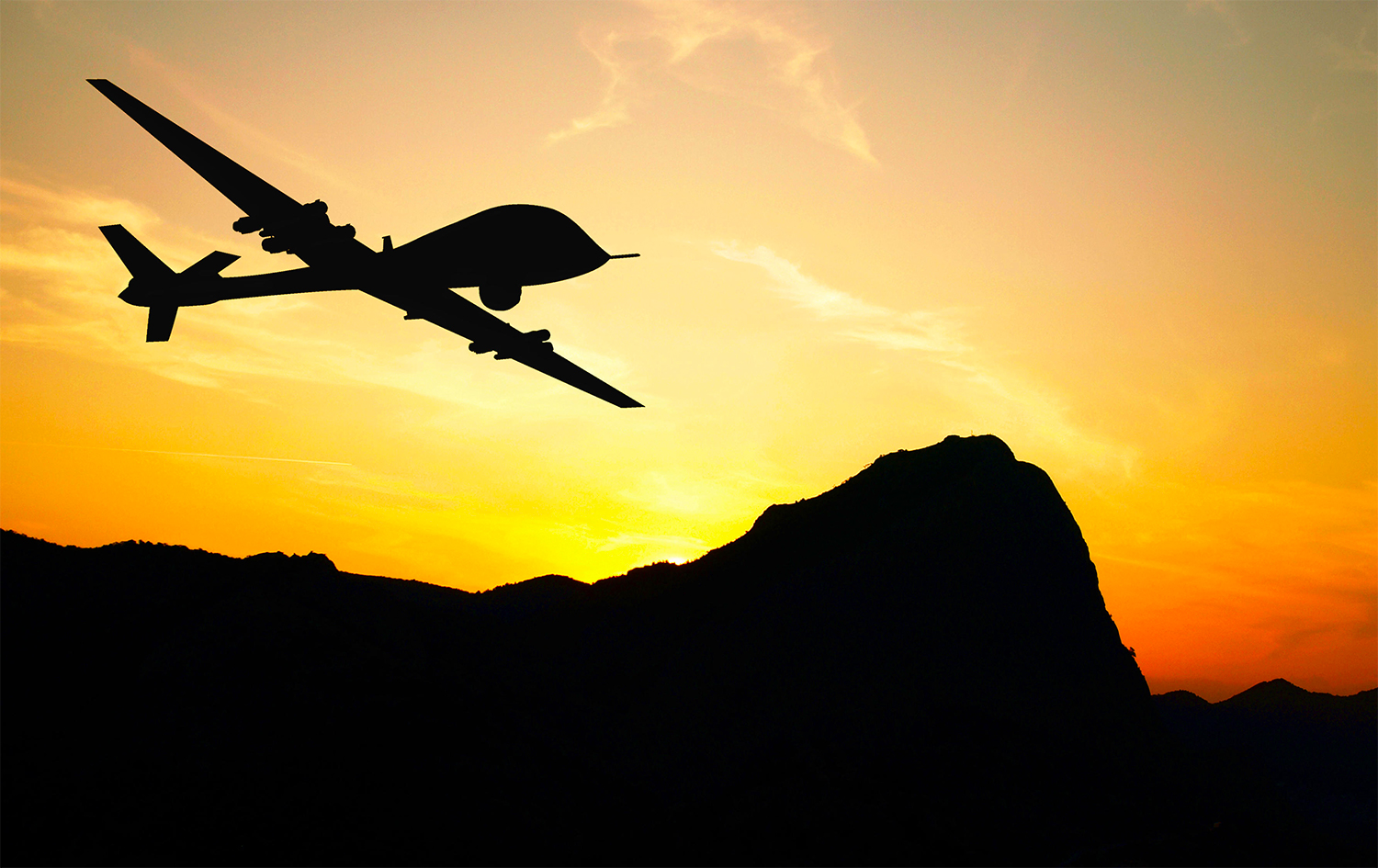 It is tricky to pin down the MoD on how great its carbon footprint is, but it is certainly massive.

In 2021, the MoD produced a paper that outlined its Climate Change and Sustainability Strategic Approach. The paper failed to detail what the MoD’s emissions were. Nor did the ministry itself do so on its own dedicated Our Energy Use webpage.

What has been published is that, in 2009/10, the Government estimated the MoD’s carbon dioxide equivalent (CO2e) emissions at 1.43 million tonnes, while the remainder of the Government’s central output was put at 1.62 million tonnes. It has also been reported that “total (MoD) emissions for scopes 1, 2 [direct and indirect emissions] plus business travel” in 2009/2010 was some 4.7 million tonnes.

Given the UK’s involvement in Afghanistan and Iraq during that period, this is not that surprising.

More recently, in its 2020-2021 annual report, the MoD listed the UK military’s total emissions at 2.144 million tonnes of carbon dioxide equivalent. That same year, its emissions were higher than its carbon impact in 2017/2018, which was 2.109 million tonnes.

Scientists for Global Responsibility (SGR) argue that these figures are an underestimate – instead calculating the MoD’s emissions to be some 11 million tonnes.

Further, the British military does not publish any assessments of the environmental damage caused by its fighting.

The MoD currently has the smallest direct emission reduction target of all government bodies, despite its status of being the biggest emitter.

While Jeremy Quin, the defence minister in charge of procurement, acknowledged in 2021 that the MoD “needs to go further”, it seems the only thing that has gone further is the MoD’s own serving personnel.

Data received under Freedom of Information (FOI) by the charity Action on Armed Violence shows that, in 2019/2020, Ministry of Defence personnel took 153,262 commercial flights. This data does not include RAF flights.

The trips were to countries as remote as the Cape Verde Islands, Curaçao, Kazakhstan, Montserrat, Senegal, and Togo. How such trips aid the defence of the realm is unclear, but what is clear is that MoD personnel visited 156 countries in just 12 months, spending £157 million in doing so.

Admittedly, at least a debate is now taking place about the impact defence has on the climate crisis. In June 2022, the Government’s Defence Committee launched an inquiry on Defence and Climate Change. The inquiry covered both the consequences of the climate crisis on UK defence, as well as the MoD’s contribution to reducing carbon emissions.

The future prime minister is positioning herself as the 21st Century’s Iron Lady, with an accompanying avowal for strong national defence, which does not accord with the 21st Century reality that the biggest threat to national security – environmental destruction – is being exacerbated by the very military promised greater funding to protect us.