Much has been made of Saudi Arabia’s latest flamboyant infrastructure project – a 500 metre-tall megacity, composed of two mirror-encased skyscrapers which is intended to stretch for 100 miles.

Known as ‘The Line’, the architectural behemoth is the Kingdom’s attempt at creating an alternative to the modern city.

A promotional video described it a “revolution in civilisation” which provides a vibrant, ecologically sustainable improvement on “dysfunctional and polluted” urban squalor.

First announced in 2017, the project is part of NEOM, a zero-carbon ‘smart city’ which will cost $500 billion and, if completed, will be the size of the US state of Massachusetts.

The Line, which is estimated to house five million people upon completion, is the centrepiece in the Saudi Arabia 2030 initiative – a programme of political reform intended to reduce the Kingdom’s dependency on oil.

Yet, the initiative has courted controversy, as its development entails encroaching on land currently occupied by the indigenous Huwaiti tribe – an estimated 20,000 of whom will face eviction as a result of The Line’s completion.

Indigenous activist Alia Hayel Aboutiyah al-Huwaiti told the Guardian that “for the Huwaitat tribe, NEOm is being built on our blood, on our bones… it’s definitely not for the people already living there! It’s for tourists, people with money. But not for the original people living there”.

NEOM, which involves a separate legal system answerable to Crown Prince Mohammad bin Salman and the implementation of a data-gathering regime including facial recognition technology, is reminiscent of China’s dystopian social credit system.

This digital panopticon will allow the Saudi regime to monitor and suppress ideological dissent as the Chinese Government has done in Xinjiang.

Nadhmi Al-Nasr, CEO of NEOM, has said that “huge packages of digital plans, starting with electronic transactions in all aspects of life, have been developed for NEOM”.

According to Al-Nasr, “everyone will see the extent of progress at NEOM as it will be a sophisticated smart zone where information is used to improve the standard of living of the population, and it seeks to attract a million residents by 2030”.

Whether such technological advancements will actually be used to enhance living standards is disputable. Saudi Arabia’s controversial human rights record has been highlighted by opponents of the NEOM initiative, who warn that it could serve as a mechanism for the subjugation and mass surveillance of the Huwaitat people.

In April, activist Abdul Rahim Al Huwaiti was executed by Saudi special forces following his vocal opposition to the construction of NEOM. There is no suggestion that Nadhmi Al-Nasr or NEOM were involved in this act. 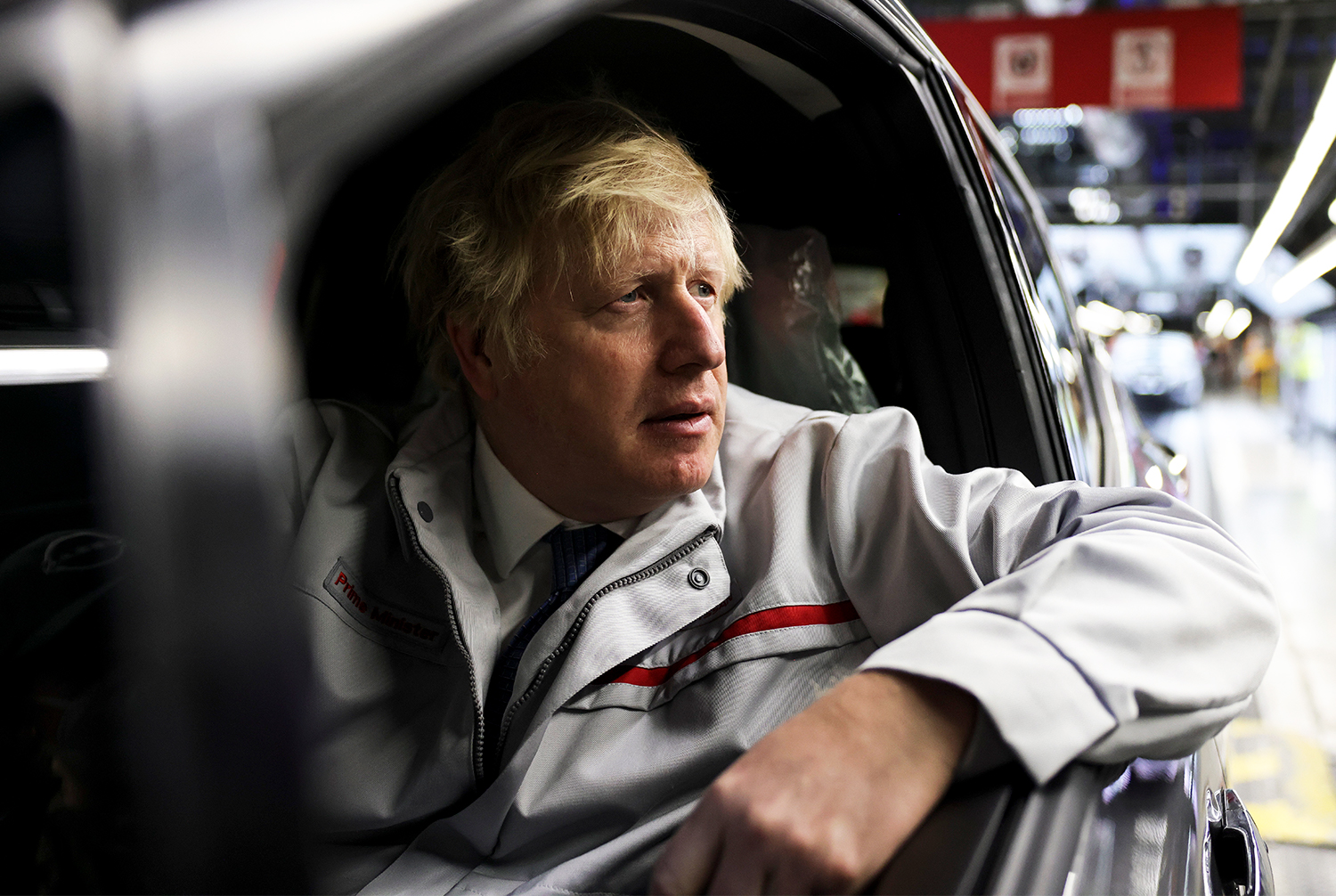 Al Huwaiti, who produced a video just prior to his death stating that Saudi security forces had “begun the process of removing people, beginning with surveying homes with the intent of… deporting them from their land”, described the eviction of families from the Al Khuraiba village by Saudi forces as “state terrorism” – predicting that he would be killed for voicing discontent.

The Saudi state has a long and sordid history of violently suppressing indigenous settlements and homes to facilitate the development of economic and infrastructure projects.

Back in 2017, the Saudi Government demolished a 400-year-old neighbourhood in the village of Awamia. Leilani Farha, UN Special Rapporteur on the Right to Adequate Housing, detailed the extent of the damage, saying: “Residents have been pressured in many ways, including through power cuts, to vacate their homes and businesses without adequate alternative resettlement options, leaving them at best with insufficient compensation and at worst, with nowhere to go”.

The predominantly Shi’ite town, once home to around 30,000 residents, was bulldozed to make way for a commercial hub adorned with expensive plazas and shopping outlets, as part of Saudi Arabia’s dual mission of economic development and repression of religious and racial minorities.

NEOM promises to follow a similar path, as much of the project’s promotional material makes little to no reference to the presence of members of the Al-Huwaitat tribe on which The Line is to be built, referring to their settlements as “virgin land”.

The use of forced labour has also figured prominently in Saudi Arabia’s economy, as the Kingdom still adopts the coercive Kafala system – under which migrant labourers, who comprise approximately 80% of the private sector workforce, are subject to excessive control by bosses, who can implement measures such as delays in wages, forced labour and the confiscation of passports.

Meagre reforms to the Kafala system last March, which allowed some migrant workers to change jobs without the consent of their employers, were criticised as insufficient by the NGO Human Rights Watch, the deputy director of which, Michael Page, has argued that “Saudi Arabia has one of the most abusive versions of the Kafala system in the region, and the reforms are limited, problematic, and by no means dismantle the system”.

Whether such a system will be employed in the construction of The Line remains to be seen.

A Tool of Saudi Greenwashing?

The Line, and NEOM more generally, are part of Saudi Arabia’s attempt to portray itself as an environmentally conscious state, particularly as international pressure for nations to divest from fossil fuels mounts in the face of the climate emergency.

Mohammed bin Salman claims that it will be the world’s “most liveable city by far”, as high-speed rail capacity will reportedly make cars obsolete, renewable energy will power its infrastructure, and 95% of land will be conserved for environmental protection.

Yet, Saudi Arabia has previously failed to implement its grandiose, ill-substantiated environmental pledges.

At last year’s UN COP26 climate summit, it was one of several countries including Brazil, Argentina, Australia and Japan that conspired to alter a UN scientific report on climate change advocating for rapid divestment from fossil fuels.

According to documents revealed by Greenpeace Unearthed, an advisor to Saudi Arabia’s Minister of Petroleum and Mineral Resources disputed that international climate strategies needed to focus on “rapidly shifting to zero-carbon sources and actively phasing out all fossil fuels”.

Saudi officials argued that the wholesale transformation of the global economy away from oil and gas “undermines all carbon removals technologies… and limits the options for decision makers to carbon neutrality”. They argued that these as-yet unproven technologies – which according to Greenpeace are “not an alternative to emissions reduction” and “can only play a minority role in mitigation” – were not given sufficient attention by the Intergovernmental Panel on Climate Change’s report.

Despite the country’s pledge to reach net zero carbon emissions by 2060, the actions of the oil-exporting giant call into question any commitment it makes towards ecological sustainability.

While Saudi Arabia’s new urban metropolis has been billed as a futuristic attempt to change the function and landscape of the modern city, replete with innovative high-speed rail and clean energy, the promotional bluster masks a far more sinister reality.

The displacement of indigenous people and the potentially authoritarian implications of the city’s technological development are causes for concern in a state known for its dismal human rights record. Meanwhile, the environmental benefits of NEOM have been widely disputed. Whether this new city will spearhead a 21st Century vision for urban infrastructure remains highly questionable.

NEOM did not respond to Byline Times’ request for comment.