The ‘Far-Righting’ of the Conservative Party

As the Conservative leadership election passes to the party’s 160,000 mostly old, white, male members, it is increasingly clear that any reset after the excesses of Boris Johnson will be personal rather than political.

Not only is the legacy candidate, Liz Truss – who believes that on balance Johnson should have stayed in Downing Street – the bookies’ favourite, but her rival Rishi Sunak represents no more than a minimal break with the disgraced Prime Minister’s regime.

The first phase of the contest has certainly confirmed the party’s radical, right-wing trajectory. Kemi Badenoch – who only qualified her rejection of the Government’s net zero climate target as London was set alight from record temperatures – established much of its ideological tone.

The cosmetic all-things-to-all-Brexiters relaunch proposed by Penny Mordaunt was swept aside, and even the “clean start” proposed by the ‘centrist’ hopeful Tom Tugendhat only aimed to rectify the departing leader’s personal failings, not the underlying direction; he supported the policy of deporting asylum seekers to Rwanda.

Much has been made of the diversity of the 2022 candidates, but not much hope can be derived from a slate of potential prime ministers who are super-wealthy and are willing to defend racist policies.

We have only to compare this year’s bout to the 2019 leadership election, which still had room for Rory Stewart (and in which Sajid Javid successfully bounced Johnson into an inquiry on Conservative Islamophobia), to see how things have moved during the last three years.

Despite the vituperative exchanges between the candidates, Sunak’s challenge to the Johnson legacy has been limited – the former Chancellor representing financial orthodoxy against Truss’s tax giveaways.

Johnson, who has accepted his loss of office but not his disgrace, clearly intends to play a continuing role, which Truss is likely to indulge. And even if Sunak manages to win, he will be beholden to a parliamentary party in which extremism remains powerful.

The once centre-right Conservative Party has now undergone a decade of tracking to the far-right, and a Truss victory would mark a new stage in this process.

The party had already shifted rightwards under Margaret Thatcher and later leaders, but a new strain of radicalism emerged first of all in Nigel Farage’s leadership of UKIP, in opposition to David Cameron’s attempt to ‘detoxify’ the Conservatives in coalition with the Liberal Democrats. Farage’s success in linking racist anti-immigration politics and Europhobia (in other words: complete hostility to European institutions) emboldened the Tory right and together they forced Cameron to promise a limit to immigration and a referendum on the UK’s membership of the EU.

The tipping point was the 2016 EU Referendum, not the election of Johnson three years later which merely consolidated its outcomes. During the Vote Leave campaign, the ambitious Johnson and Michael Gove, together with long-term Conservatives Europhobes like Iain Duncan Smith and Priti Patel, adopted and allied with Farage’s toxic politics and won. Although they bodged the subsequent leadership election, the victorious Theresa May quickly embraced the same ideological package and almost all Conservative MPs became Brexiters.

The authoritarian-nationalist tendency became dominant under May, but the party still had room for a centrist pro-European minority and her Government represented a range of opinion. After Johnson’s 2019 victories, he forced out most of the remaining centrists and appointed a more monolithic and radical cabinet, completing the takeover.

Why Haven’t the Tory Leadership CandidatesBeen Held to AccountOver Islamophobia? 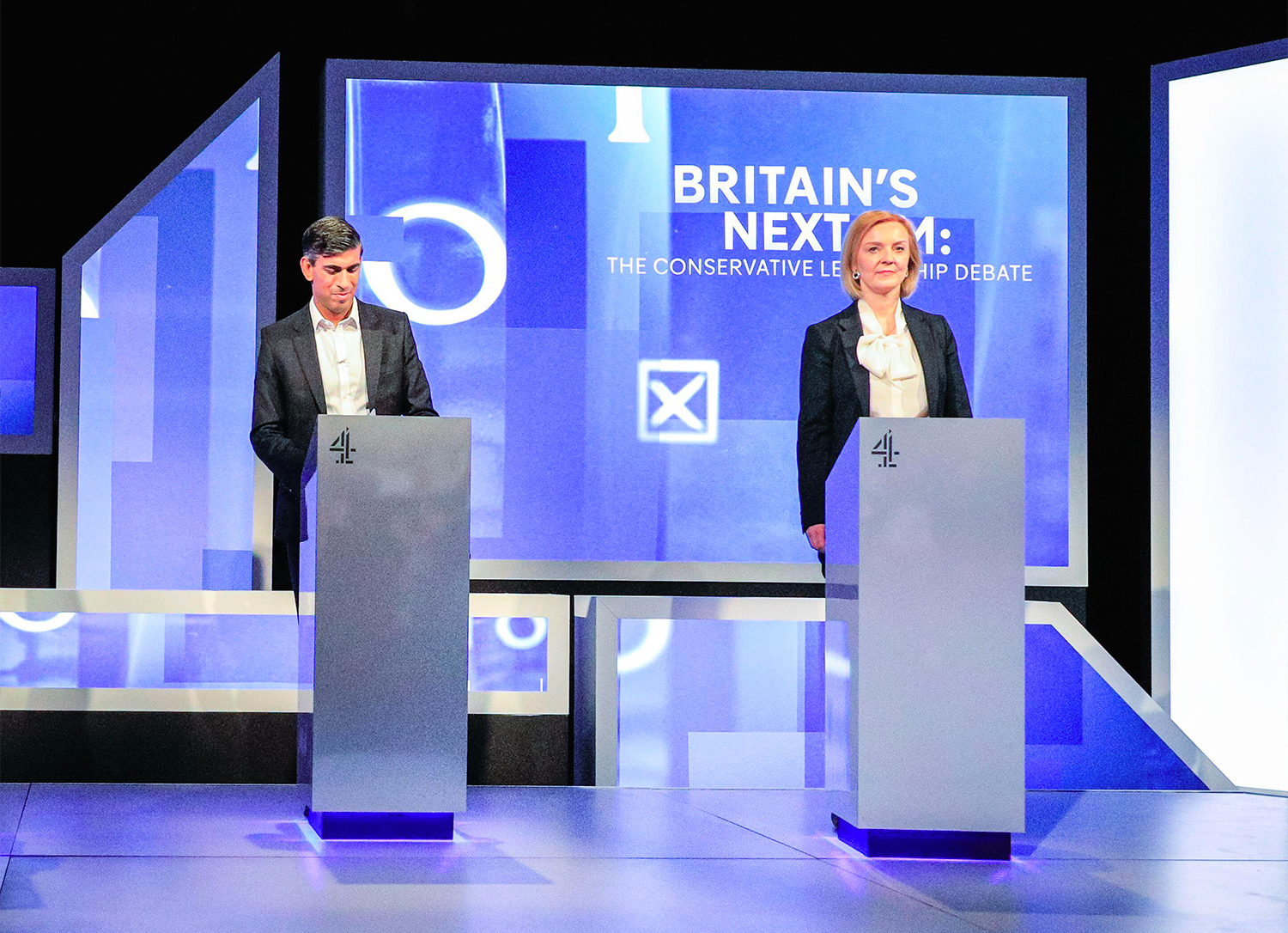 Both participants and observers are often confused by these changes. A far-righted mainstream party is different from an insurgent, populist far-right party, even one like UKIP which had ambitions to become mainstream. On the ground, the Conservatives are largely the party it has always been – many members support the new leaders through the same deference they showed to the old; and despite a strong authoritarian tendency, it remains a movement in which, as we are seeing, parliamentarians and members retain significant influence.

Truss promises to consolidate the Brexit transformation, offering Johnsonism without the instability of Johnson, although former Downing Street chief aide and ex-Vote Leave director, Dominic Cummings, believes the soon-to-be ex-Prime Minister favours Truss because he believes her leadership will ‘explode’ and leave him an opening to return. Sunak, implicitly more critical of the departing leader, promises to restore Thatcherite economic orthodoxy, while Truss promises Thatcherism on steroids.

In reality, neither candidate will find it easy to further consolidate the new nationalist Tory regime given the profound economic crisis, disillusion with Brexit and the deep erosion of Conservative legitimacy. As we are seeing in the United States and other countries where mainstream parties have undergone similar transformations, far-righting is not a recipe for stability but for repeated upheaval.

We should remember the turbulence which the UK has seen since 2016; this leadership election is in all probability a lull before an even bigger storm. The Conservatives could lose power but the tendency they represent could re-emerge in new forms; Farage is forever waiting in the wings. We are in for a rough ride and it is not clear that Labour and the rest of the democratic opposition have the measure of their enemy, nor of the huge challenges that we face in order to move Britain in a different direction.

Martin Shaw is a professor of international relations and politics and author of Political Racism: Brexit and Its Aftermath.