From cleaning up Londongrad to the economic fallout of Brexit, the Conservative Party is in a state of intentional denial, says Sam Bright

‘Groupthink’ is a phrase often levelled at the Westminster village – the accusation that politicians and journalists seek safety in numbers, craving consensus opinions rather than original or innovative ideas.

Boris Johnson echoed this claim as he relinquished his throne last week. “It is painful not to be able to see through so many ideas and projects myself but as we’ve seen at Westminster, the herd is powerful and when the herd moves, it moves,” he said.

Indeed, the herd instinct can be a force for good: it can gather the residual anger of those in Westminster and provide the collective will to depose an inept leader. Johnson’s tyranny of immorality was foreshortened thanks to a form of groupthink that belatedly captured the Conservative Party, much to his annoyance.

But, now that Johnson has been brought to boot, the Conservatives have clustered around much less noble intentions.

En masse, the candidates in the party’s leadership contest have surged rightwards – all pledging tax cuts (though some promising more rapid and aggressive cuts than others), all demonising trans activists, and all fantasising about a small-state Thatcherite nirvana.

A fury of noise is therefore being generated around a few topics – underpinned by a distinct lack of intellectual substance – while most other policy areas are being entirely ignored.

Here are three political meteorites that the Conservative leadership contenders have swerved to avoid.

Russia’s war with Ukraine hasn’t abated, yet the domestic debate has rapidly narrowed to the sole subject of military support.

There is no denying that Britain has been a world leader in backing President Zelensky’s troops – support that the Conservative leadership contenders have promised to maintain – but the conversation has sharply pivoted away from our decades-long role in facilitating Vladimir Putin.

In the wake of the invasion, analysts pointed to the July 2020 report from Parliament’s Intelligence and Security Committee, which stated that “Londongrad” has “offered ideal mechanisms by which illicit finance could be recycled” – facilitated by PR firms, charities, political interests, academia and cultural institutions that have all been “willing beneficiaries of Russian money”.

This has been an uncomfortable topic for the Conservative Party, which has itself accepted more than £2 million in donations from Russian-linked sources since July 2019.

There has been no mention of this fact by any of the candidates, nor any policies on how they intend to clean up Londongrad.

This has relevance beyond Russia; Putin’s cronies are not the only oligarchs using the UK as an offshore haven to stash their riches. 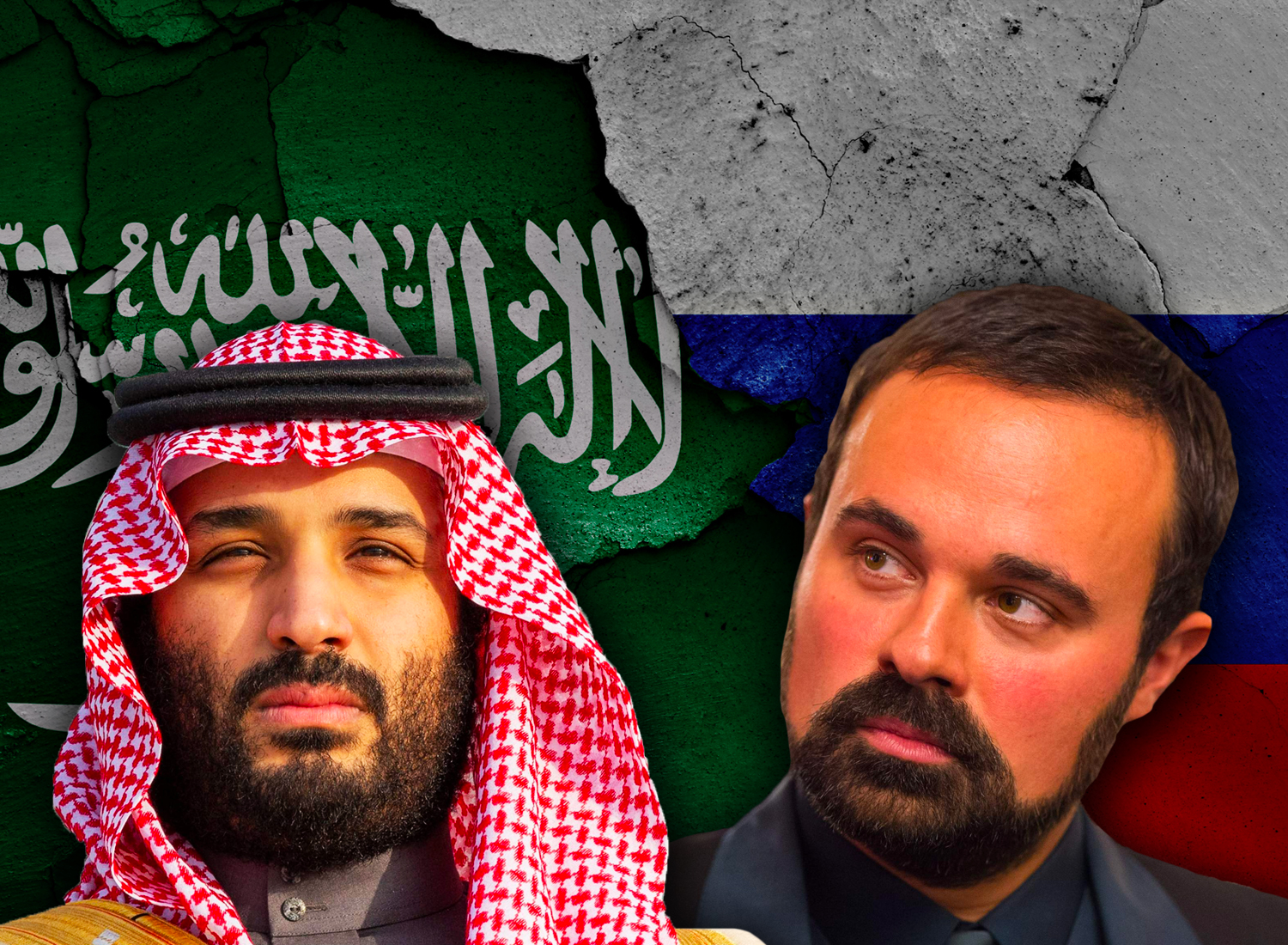 Yet, rather than divesting from the world’s autocracies, the Conservative Government has been actively pursuing closer relationships with problem states.

A Byline Intelligence Team investigation unearthed the Government’s desire to encourage Saudi Arabian firms to invest in its flagship ‘levelling up’ agenda. Qatar, meanwhile, has already pledged its support – with the hereditary monarchy committing £10 billion in investment to the UK over the next five years.

The Saudi regime – an absolute monarchy – is responsible for a catalogue of human rights abuses, including war crimes in Yemen and a crackdown on Government dissidents, while Qatar is accused of widespread workers’ rights abuses. More than 6,500 migrant workers have died in the country since it won the right to host the football World Cup 10 years ago.

UK trade increased by 36% with countries featured on the Government’s human rights watchlist in the wake of the vote to leave the EU – a fact that has not been raised on the Tory leadership circuit.

Authoritarian instincts have of course also been witnessed at home in recent times, with the Government attempting to crackdown on the right to protest, and the right of marginalised people to vote.

And yet, for all their cries of ‘freedom’, the Conservative contenders have been notably silent over these restrictions to our individual liberties.

To be fair, Brexit has been a feature of the Conservative leadership contest, with the candidates uniting behind the Government’s likely unlawful attempt to unilaterally override the Northern Ireland Protocol, which currently governs the trading relationship between Northern Ireland, the EU and the UK.

However, aside from ideological posturing – with each candidate trying to show their Brexit purity – very little is being discussed about the real-world impact of leaving the EU.

Echoing previous Government studies, a recent Resolution Foundation report suggested that the north-east of England will be hit hardest by Brexit, while London will be able to exit the economic turbulence relatively unscathed.

As reported recently by the Office for Budget Responsibility (OBR) – an independent government body – which examined the impact of Brexit on the economy: “the UK saw a similar collapse in exports as other countries at the start of the pandemic but has since missed out on much of the recovery in global trade”.

The OBR goes on to say that “none of the [post-Brexit trade] agreements concluded to date are of a sufficient scale to have a material impact on our forecast”.

This economic fallout also has political implications for the Conservative Party. Recent polling for Byline Times by Omnisis has shown that 67% of voters think that leaving the EU has driven up prices, while only 5% think that Brexit has reduced the cost of living.

Meanwhile, some 63% of people say that the UK Government is to blame for the current trade problems in Northern Ireland, and – prior to Johnson’s ousting – only 21% of respondents said that they were more likely to vote Conservative due to the Prime Minister’s hardline views on Brexit. 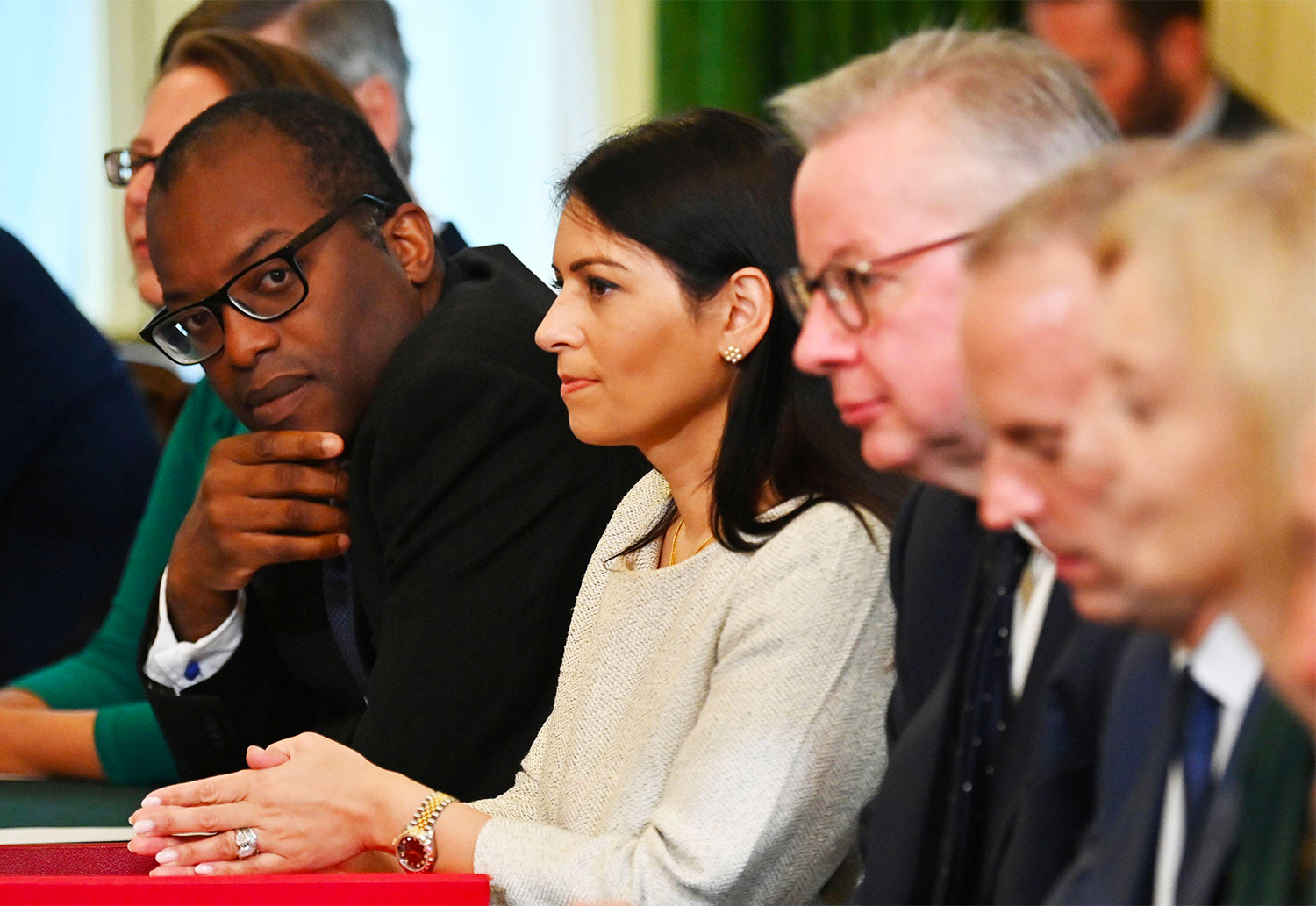 The biggest global health crisis in 100 years has barely featured in the campaign so far – although that is somewhat of a relief.

Indeed, the post-vaccination period has been used by libertarian forces to rewrite history and epidemiology, by declaring that the UK should have avoided long periods of lockdown in favour of herd immunity – a policy repeatedly shunned by scientific experts.

Lord David Frost, the former Brexit minister now seen as an ideological lodestar by the right of the Conservative Party, has recently called the COVID lockdowns a “serious mistake” – despite the fact they saved millions of lives across Europe.

One can certainly understand the reticence among some of the candidates to talk about COVID – not least Jeremy Hunt, who failed to prepare the UK for a pandemic during his time as Health Secretary, and former Chancellor Rishi Sunak, whose department allowed billions to be seized by COVID fraudsters.

Despite this, it would be useful to hear where the candidates stand on coping with new variants of the disease, how to prevent rampant corruption in future national emergencies, and how we address the health inequalities that led to tens of thousands of needless deaths.

Honourable mentions must also be given to climate change – the existential threat to humanity that is only being discussed by those who want to reverse the Government’s climate commitments – levelling up, NHS provision, crime, housing, and education.

Each of these policy domains are nearing or have reached crisis point, while the Conservative Party wages a war of irrelevance against an imaginary plague of ‘woke’ people.