“It was domestic enemies of the Constitution who stormed the Capitol and occupied the Capitol,” Committee Chairman and Democrat Rep. Bennie Thompson told the January 6 Committee on its opening day. “At the encouragement of the President of the United States trying to stop the transfer of power, a precedent that had stood for 221 years”.

On 6 January 2021, the world watched in disbelief as crowds carrying guns, hand ties and white supremacist symbols marched on the US Capitol Building, as Senators gathered inside to confirm President Biden’s election win. Stirred up by a speech from President Donald Trump, the mostly male, mostly white crowd invaded the centre of democracy, in what was swiftly condemned as an attempted insurrection. Four people lost their lives.

The events prompted soul-searching from some, doubling down from others, as politicians and the public attempted to understand what happened that day.

Now, a House Select Committee investigating the events has put the blame squarely on Trump for inciting and encouraging mob rule.

That point is important for a country still in trauma over the damage to the union from the Trump era.

There was no mincing of words from committee members.

“Trump was at the centre of this conspiracy,” said Thompson. “The President of the United States spurred a mob of domestic enemies of the Constitution to march down the Capitol and subvert American democracy”.

Describing it as “Trump’s last stand,” Thompson affirmed what many Democrats and law-abiding Americans had long suspected.

“January 6 was the culmination of an attempted coup,” he explained. “It represented … a most desperate attempt to halt the transfer of power”.

The condemnation did not just come from the Democrats. The committee’s vice-chair, Liz Cheney, is a Republican who did not hesitate to hold Trump to account. Trump had, she explained, a “sophisticated seven-part plan” to overturn the election. Speaking directly to her colleagues who had defended the disgraced President, she said: “There will come a day when Donald Trump is gone, but your dishonor will remain”.

Cheney highlighted a key meeting that took place on 18 December 2020 which included disgraced general Mike Flynn, lawyers Sidney Powell, and Rudy Giuliani, and others. The meeting attendees, she explained, “discussed a number of dramatic steps, including having the military seize voting machines and potentially rerun elections”.

Describing the day itself, an audio recording from General Mark Milley, the nation’s highest ranked military officer, told the committee that Vice President Mike Pence reacted to the violence by directing Acting Secretary of Defense Christopher Miller to “get the military down there, get the guard down there, put down this situation”.

But Pence’s authority was being undermined by his former boss. Milley shared a conversation with Trump’s chief of staff, Mark Meadows. He shared how Meadows told him that “we have to kill the narrative that the Vice President is making all the decisions”. Milley said it was a “red flag for him personally”.

Central to the violence on the day were far-right groups such as the Proud Boys, who injured police officer Caroline Edwards. She told the committee how she was “slipping in people’s blood” and hit by a bicycle rack. She was one of more than 140 police officers injured.

“That Trump said ‘he deserves it’ in response to the mob chanting ‘hang Mike Pence’,” journalist Paul Niland told Byline Times in disbelief. “What?? When did we ever hear of a US President backing calls for the execution of a sitting Vice President?” 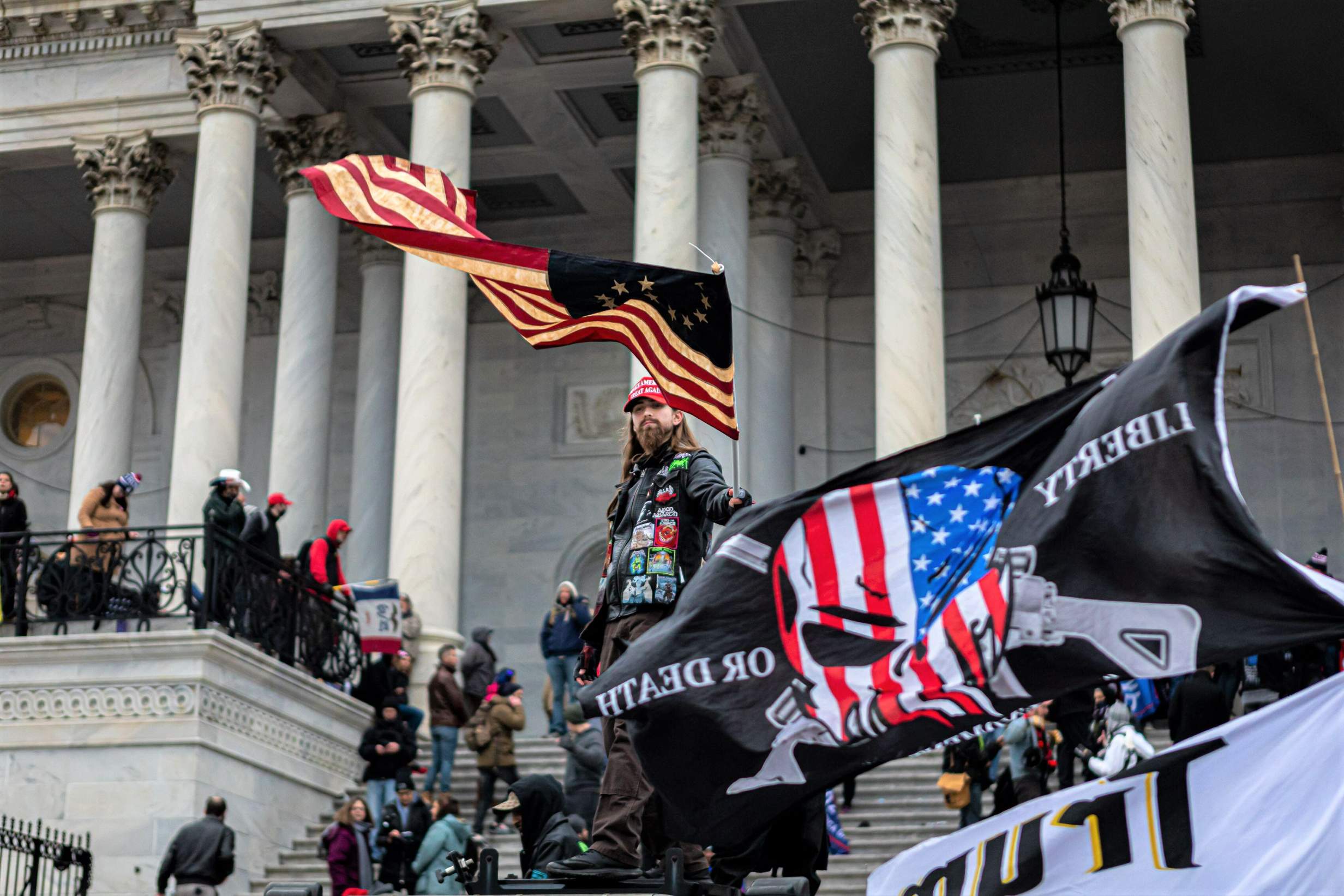 Thursday’s hearing was the first in a series this month that will highlight the findings of the committee’s investigation, which included interviews with more than 1,000 people about how Trump and his team tried to overturn the 2020 election results.

While the hearings offer compelling evidence for Trump’s role in the attempted coup, the crisis in American democracy goes beyond one day in winter 2021. For this reason, the response to the hearings was emotional and cautionary. Confronting the gravity of the threat on 6 January is a step in the right direction but American democracy is not yet out of the woods.

Historian Ruth Ben-Ghiat, who offered expert testimony to the committee, warned against attempts in the right-wing media to minimise the hearings’ impact, noting how pro-Trump outlet Fox News was airing footage on migrant caravans again rather than the committee’s conclusions about their former ratings star.

“Nothing is more threatening to criminals than an investigation,” she said.

“From a governance perspective, it’s very good that the committee is laying out the details of the conspiracy to overthrow the Government,” Troy told Byline Times. “This is what constitutional democracies should do, and we must do this to demonstrate clearly that we still aspire to be one. From a propaganda perspective, it is unclear what effects, if any, these hearings may have on people who do not believe anything wrong took place that day”.

Anne Nelson, author of Shadow Network, told Byline Times that “the hearings are critically important” but “it’s even more important to uncover what the instigators of the insurrection have been doing since – to prepare for their next attempt – and to take measures to defend our democracy”.

Journalist and author of How to Stop Fascism Paul Mason agrees, telling Byline Times: “This was a confident American democracy at work: naming the crime, naming the guilty and with meticulous documentation”.

But he noted that American “democracy is beleaguered, more fragile than it admits, and in the next stage – which must surely involve Federal prosecutions – the supporters of justice must not flinch from imposing penalties on those found guilty”.

Mason argued that “any Republican politician still fronting for Trump has mentally crossed the threshold of the next insurrection”.

“The world is watching,” said Bennie Thompson. “Our Democracy remains in danger”.