On the 100th day of Putin’s invasion, Sascha Lavin considers how and why the Russian President has pursued a brutal war against civilian populations in Ukraine and beyond

Since the Russian invasion of Ukraine in February, there has been a shift towards devastating explosive violence in towns and cities compared to the previous stage of the conflict after 2014.

New analysis by the charity Action on Armed Violence (AOAV) has revealed that the percentage of explosive weapons used in populated areas has almost doubled from the pre-invasion violence. In the seven years from the annexation of Donbas and Crimea in 2014 to the invasion of Ukraine this year, 43% of all explosive incidents in Ukraine occurred in populated areas, but since February this has soared to 79%.

The study – based on the monitoring of 5,251 fatalities in Ukraine since 2014, as recorded by English-language media – also shows Russian forces’ increased use of ground and air weaponry systems in cities and towns.

There has been a 90% proportional increase in the use of ground-launched explosive weapons in Ukraine’s urban areas, as cities like Mariupol have come under intense bombardment in recent months. These weapons, including Grads and mortars, can be inaccurate and imprecise, leading to an immense risk of civilian harm. 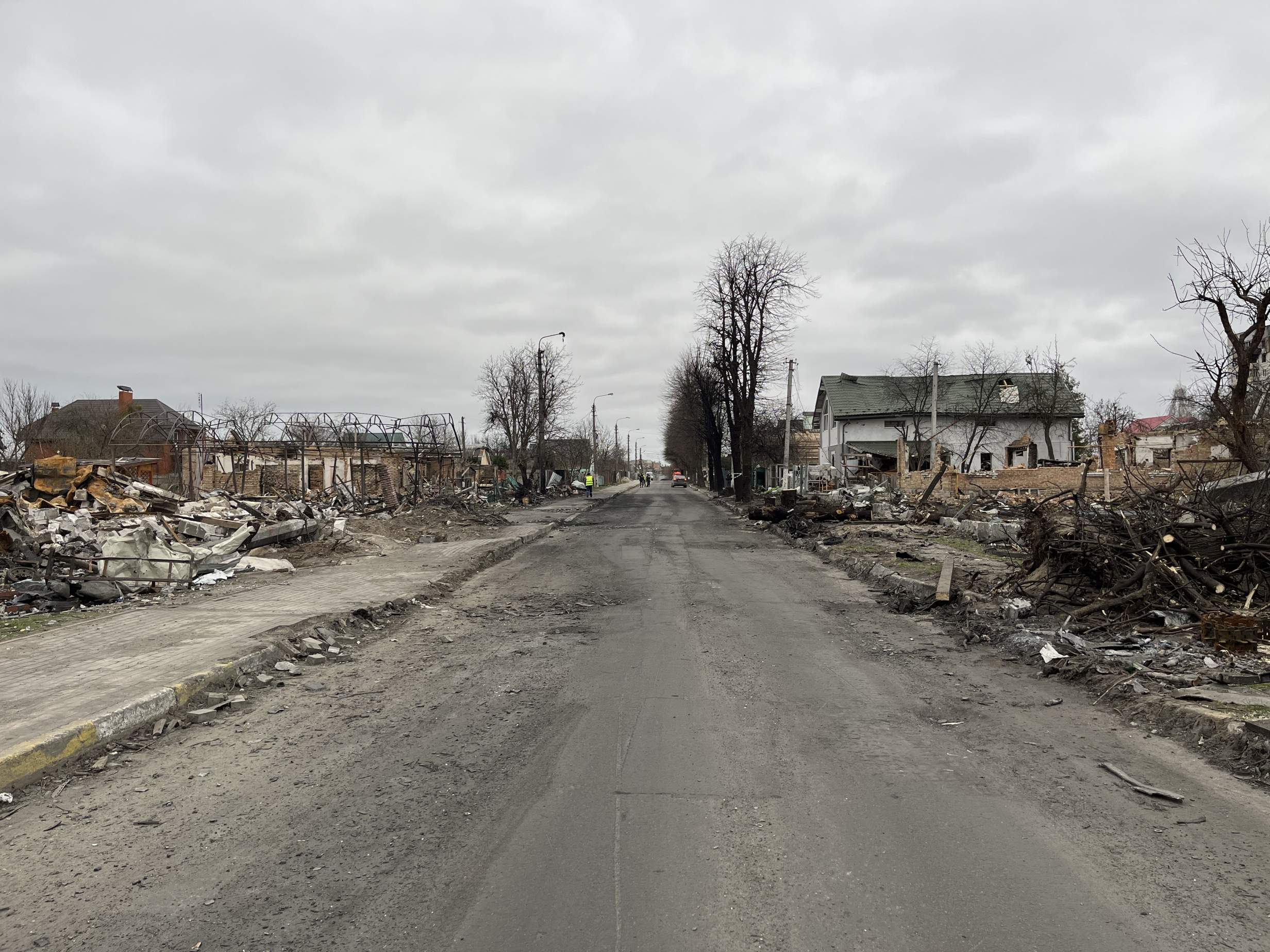 Ukraine’s President, Volodymyr Zelensky, called the indiscriminate bombardment of his country’s urban areas “a genocide”, while Poland’s President Andrzej Duda has said that the Russian invasion bears “the features of a genocide – it aims at eliminating and destroying a nation”.

And eliminating and destroying a nation is precisely what Putin is determined to do, according to former US national security council official Fiona Hill. “A Ukraine that’s left in a rubble, that’s dependent on handouts from the international community, that’s left in fragments territorially… can be cast as a victory for Putin,” she said in an interview with Tortoise.

Putin’s aim replicates the ‘Grozny model’ – a tactic of occupy, annihilate and rule – first applied in Chechnya and later in Syria, employing indiscriminate explosive violence to cause mass civilian casualties and destroy cities.

Charles Lister a senior fellow at the Middle East Institute, recently tweeted that he had repeatedly heard influential military and diplomatic Russian figures describe Gronzy as the archetypal example of military success. The UN described Grozny as the most destroyed city in the world following the Second Chechen War – Putin’s first military conflict as Prime Minister.

In Syria, Putin’s planes targeted residential buildings, schools, hospitals and markets, or – as a spokesperson for the White Helmets put it – “everything that provides life and sustainability for civilians”.

When towns and cities are targeted, civilians overwhelmingly bear the brunt of violence: a previous study by AOAV found that civilians accounted for 91% of those killed or injured by explosive weapons in urban areas worldwide in the decade since 2011.

At least 4,031 civilians are confirmed to have been killed in Ukraine since Russian troops invaded on 24 February, with another 4,735 injured, though the UN monitoring mission admitted that the true numbers were probably “considerably higher”.

Russia’s indiscriminate attacks are “a clear attempt by the Russian military to do exactly what they did in Syria”, says Lister. Since 2015, Russian attacks in Syria have killed at least 4,711 Syrian civilians – and as many as 24,746 – according to the civilian harm monitoring group Airwars.

The purpose of these tactics, Lister told the Washington-based outlet Grid, is to “create conditions in which the civilian population flees en masse, then creating conditions in which eventually, even the largest urban territories will end up falling under their control.”

This strategy benefits Russia not only because civilians leave Ukraine, but also because they go elsewhere. By forcing civilians into neighbouring countries, Putin hopes that the additional pressure on resources will influence the geo-political aims of these countries and force the West – and therefore Ukraine – to bow to Russia.

The Russian invasion of Ukraine has triggered the fastest-growing refugee crisis in Europe since the Second World War. Bart MJ Szewczyk, a professor at Sciences Po and German Marshall Fund fellow, predicts that up to 10 million Ukrainian refugees could eventually flee Putin’s bombs – roughly a quarter of the population of Ukraine.

This is not the first time that Putin has attempted to create a mass displacement of people – the weaponsing of refugees is also evident in the Syrian conflict, where more than half of the country’s total population are displaced after more than a decade of conflict and 5.4 million refugees are hosted in neighbouring countries.

“Together, Russia and the Assad regime are deliberately weaponsing migration in an attempt to overwhelm European structures and break European resolve,” NATO’s former top commander in Europe, Philip Breedlove, told a US Senate Armed Services Committee.

Referring to the prevalence of indiscriminate attacks, he said: “I can’t find any other reason for them other than to cause refugees to be on the move and make them someone else’s problem”.

Putin ally, Belaurusian dictator Alexander Lukashenko, was also accused of pursuing a deliberate strategy of pushing refugees into neighbouring countries last year. The European Commission warned that Belarus was luring migrants to Minsk and encouraging them to cross into Europe, with reports of Belarusian soldiers cutting through border fencing at night to allow migrants to cross into Poland.

By turning Ukrainian civilians into targets, refugees and bargaining tools, Putin is using the tactics he honed in previous wars.

The new report by AOAV adds to the body of evidence that Putin will continue to wage war directly against Ukrainian civilians. One hundred days after the first Russian tanks crossed the border, the trauma inflicted on Ukrainians shows no signs of subsiding.

‘War Is War But You Need to Carry on Living’: The Beginning of the Rebuilding of Ukraine