Networked harassment, parasocial relationships and good old fashioned misogyny have all turned a domestic abuse into a spectator sport as part of the #MeToo backlash, says Sian Norris

It was the TV event of the Christmas season. Stuffed with chocolates and leftover turkey, the nation sat down to enjoy A Very British Scandal, a miniseries packed with period detail and perfectly-applied red lipstick, detailing the scandalous mid-century divorce of the Argylls.

In between envying silk shirts and high-waisted slacks, I sent out a tweet referring to the male lead Paul Bettany’s friendship with actor Johnny Depp – a friendship that involved swapping text messages where they ‘joked’ about drowning and burning Depp’s ex-wife Amber Heard.

The pair had only been married for 15 months when Heard left Depp and accused him of domestic abuse. The story was picked up by The Sun, where Dan Wootton called Depp a “wife beater”. He sued for libel, but in October 2020 Judge Mr Justice Nicol said the newspaper proved its claims against Depp to be “substantially true” and found 12 of the 14 alleged incidents of domestic abuse had occurred.

In the text exchange, Bettany had suggested subjecting Heard to a drowning test – the mediaeval method of determining if a woman was a witch. “Let’s drown her before we burn her!!!” Depp responded. “I will f**k her burnt corpse afterwards to make sure she’s dead.”

An average of 24 people per minute are victims of rape, physical violence or stalking by an intimate partner in the US. The vast majority are women.

What happened next surprised even me, a veteran of Twitter pile-ons. For at least three days, I received tweet after tweet, extolling the virtues of Depp and condemning Heard in the vilest, misogynistic language. My block button went into overdrive as I heard from Depp fans convinced of his innocence and victimisation, of my misandrist ignorance, and of Heard’s evil.

Numerous people informed me rather loftily that the exchange referenced a Monty Python joke. I can’t say I’m an aficionado of Python history, but I don’t think Cleese and Palin ever discussed raping a corpse.

My experience of the Depp “stans” (a term derived from the Eminem song ‘Stan’ to denote extreme fandom) meant I had tried not to engage with the return of Depp and Heard to the courtroom – this time in the US with a jury and in front of an army of TV cameras. Depp had sued Heard for $50 million for defamation, regarding an op-ed she wrote about being a victim of domestic abuse. Heard countersued for $100 million.

But it didn’t really matter that I had decided not to engage. I couldn’t escape the courtroom that had turned allegations of domestic abuse into a form of grotesque entertainment for the masses. Whenever I checked my Instagram or Facebook feeds, I was met with pro-Depp content… despite my private Instagram account being mostly friends, books and classic movie clips. I wasn’t following the case, but social media made damn sure the case followed me.

We now know that The Daily Wire, a conservative outlet founded by Ben Shapiro, spent thousands of dollars promoting anti-Heard and pro-Depp messaging on social media. Heard also claims Depp orchestrated a “trolling campaign” against her, with his promises that he would humiliate her leading to some experts suggesting the two court cases are a form of continued abuse.

Bettany’s and Depp’s text messages were beginning to feel accurate – with the peanut munching crowd turning the scene into less of a defamation case and more of a witch trial.

The behaviour of Depp fans during the court case demonstrates an intense and often toxic bond between the star and the people who have chosen to make him their cause.

“In the 1950s, a theory developed called ‘parasocial relationships’”, Dr Kirsty Sedgman of the University of Bristol told Byline Times. Sedgman researches audiences and fan culture. “The theory arose with the advent of TVs in the home, and parasocial interactions describe the intense, personal sense of connections that viewers can have with celebrities”.

Such interactions help to explain the identification of his fans with Depp – a man beamed into their living rooms and fantasies for more than three decades. It’s the belief that he is someone they know and who would be their friend or even lover if they met. Women in particular seem to have a vested interest in defending and supporting him in a way that we would normally only expect of people we know ‘in real life’.

While fandom can be a positive force  – creating communities and enriching culture – there is such a thing as toxic fandom. That toxicity has been on full display as Depp enthusiasts use misogynistic language and threats against Heard in the name of defending their fan object.

“Toxic fandom used to be confined to the margins,” Sedgman explained. “Sub-cultural bickering between niche, highly-invested communities. Now it’s right at the centre of mainstream culture, with fandom being the battleground for playing out broader political conflicts”.

That political conflict is, in this case, domestic abuse and the backlash against the #MeToo movement. It’s a conflict of who gets to be believed, who gets to be a victim, and who has power. And that’s a problem.

“It’s become a watercooler moment, the reality show we are all talking about,” explained Dr Phoenix Andrews, who is writing a book about political fandom. “People with no interest in celebrity culture previously, they now have an opinion on this case. But this isn’t a reality show, it’s real people in a courtroom, with people out to destroy Amber Heard as a human”. 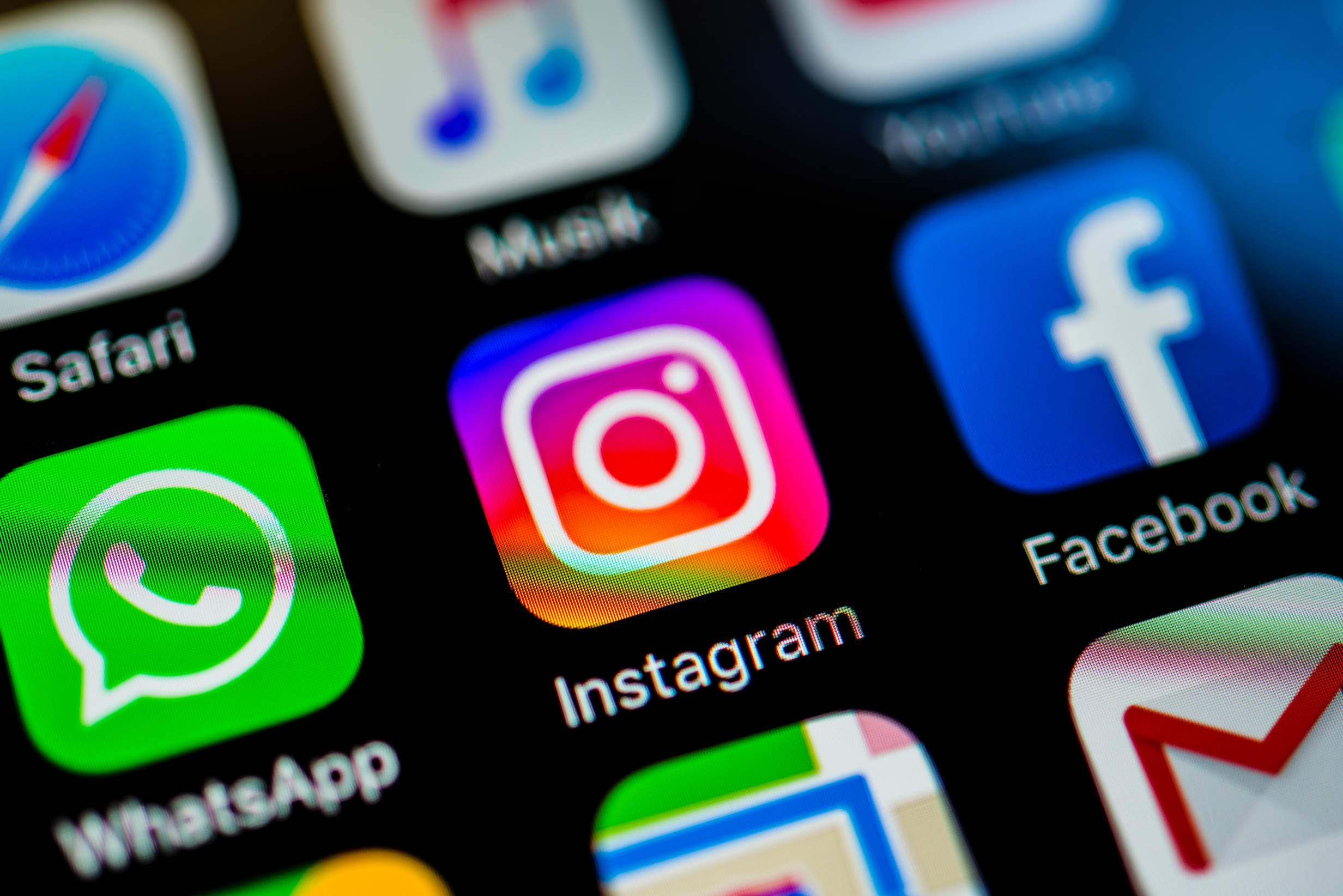 Many of the Depp fans are legacy fans – people who enjoyed him in his major film roles throughout the 1990s and 2000s. But Andrews has found that the “watercooler moment” effect means people who have never really taken an interest in Depp before have become heavily invested in the case, become entrenched in their positions, and become part of networks and communities that share the same viewpoint on Heard’s status as a victim or villain.

“Because of the way the case is being shared on mainstream and local media, people make snap judgments and once they have an opinion on Depp or Heard, it’s hard to climb down from it,” Andrews explained. “Then, if they post their view on social media, they will get lovebombed by people who share that position – and likely receive hate from people who think the opposite. They find a community and can easily go down a radicalisation spiral, which is how you end up with someone who was pro-MeToo becoming really misogynistic”.

When Depp is under attack, the community that identifies with him and is invested in defending him against Heard feels under attack too – and its members believe they have a moral duty to defend one another and, ultimately, their fan object.

This turns the community aspect of fandom which can be so enriching into something toxic and leads to what academic Dr Alice E Marwick calls “networked harassment”. Rather than the harassment being one-on-one, it becomes a swarm of people who are defending their cause – in this case Depp – with a missionary zeal.

We now know that The Daily Wire, a conservative outlet founded by Ben Shapiro, spent thousands of dollars promoting anti-Heard and pro-Depp messaging on social media.

“When you become part of a community, if anyone criticises your position it is like they are criticising your country, your family, your first born child,” said Andrews. “It suddenly becomes very important to defend your position, especially in front of your new social network. And if someone spots a person who has transgressed the norms of your community and is disagreeing with a member of your community, it becomes a moral duty to pile in and give back up. People feel they have to defend the honour and legitimacy of their group – where an attack on one member is an attack on all”.

Harassment then, according to Marwick, becomes a “mechanism to enforce social order” with a networked group escalating the harassment while being fuelled by a moral outrage that their social norms have been violated.

This is not solely an issue for the Depp versus Heard case. It’s something we have seen with sports teams, sci-fi fandoms, political parties and even Brexit v Remain.

But this is not a hypothetical debate. It cannot be forgotten, as people declare themselves TeamHeard or TeamDepp and use vile hashtags to proudly display their misogyny, that at the heart of this case is domestic abuse.

“The scary thing is we are reframing domestic abuse as entertainment,” said Sedgman. “It’s something we are being encouraged to actively invest in, like a sporting match between two equally powerful opponents. But people who have studied the case would agree that the idea the two participants have equal power is nonsensical. As a society, we are very bad about thinking through unequal operations of power”.

Domestic abuse isn’t a spectacle or a battle of the memes. It’s a crime that impacts 1.2 million people in England and Wales every year, that disproportionately impacts women (83% of victims who experience more than 10 incidents of abuse are women) and where male abusers kill at least 100 women every year.

An average of 24 people per minute are victims of rape, physical violence or stalking by an intimate partner in the US. The vast majority are women.