In the effort to save his skin, Boris Johnson has waged a campaign against the institutions of British democracy, says Sam Bright

In A Very British Coup, the 1980s political fiction drama originally written by the journalist-turned-Labour MP Chris Mullin, a staunchly left-wing Labour Prime Minister is hampered and harassed in office by the British establishment: the media, the financial sector, and the security services.

These institutions are all portrayed as being instinctively conservative – a power bloc united in the effort to sabotage a socialist administration.

This tale has been inverted in the present day by a fellow traveller from Fleet Street to Downing Street, Boris Johnson.

The current Prime Minister plays the aggressor, having launched a coup against the institutions of the British state – compromising their authority and integrity to preserve his own power.

Johnson’s coup has been set in motion for several years, though it has been accelerated during the ‘Partygate’ scandal – culminating today in the publication of the Sue Gray report, showing how Downing Street harboured a Friday night binge culture while the nation followed Johnson’s orders and retreated indoors to avoid spreading COVID-19.

The Prime Minister has been indicted in this crime. Gray reiterates the initial conclusions that she released in January, describing a “failure of leadership” in Downing Street, and saying that “the senior leadership at the centre… must bear responsibility for this culture”.

However, rather than take responsibility, the “greased piglet” has attempted to squirm out of his political bind – ploughing a path of destruction through the architecture of the British state. 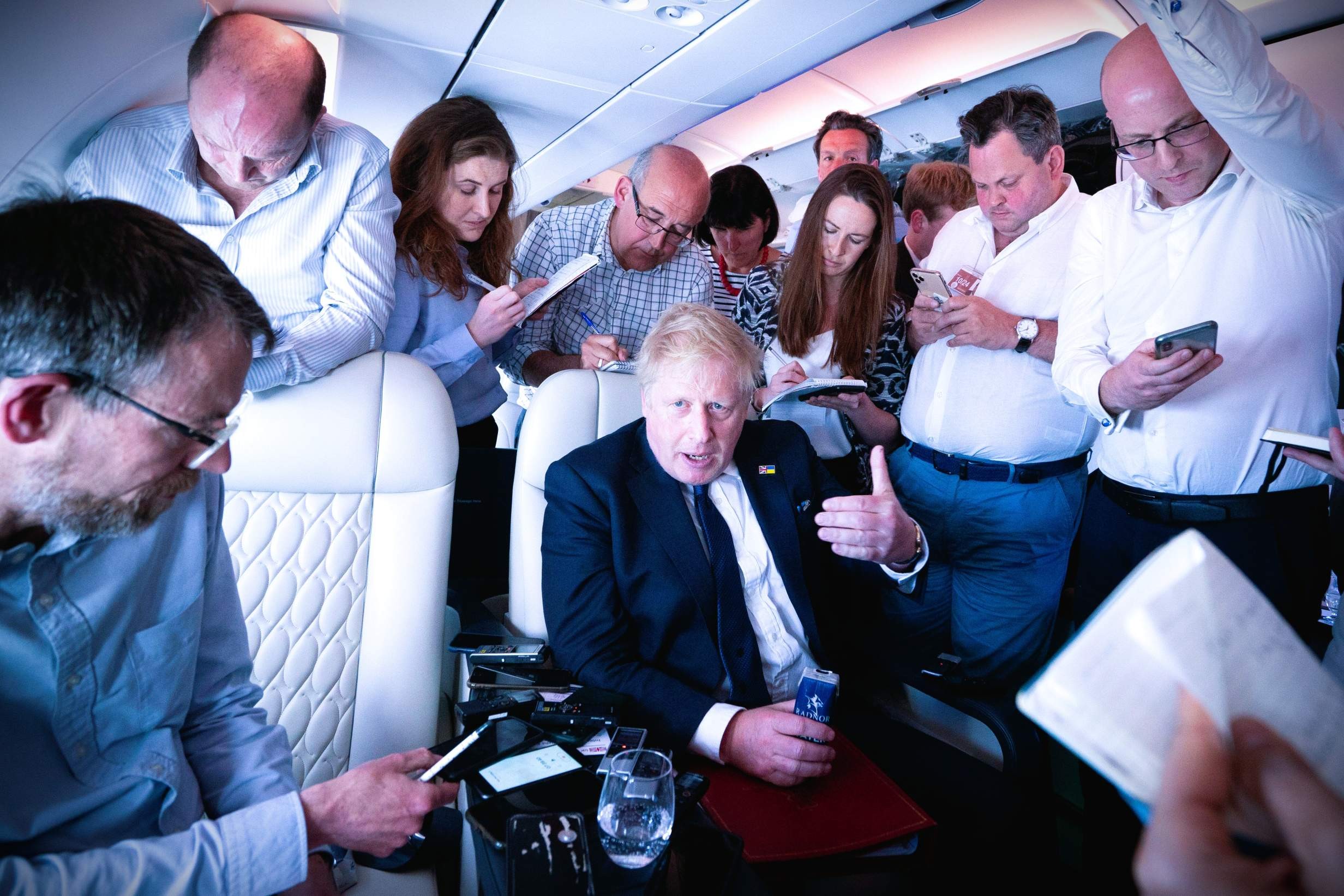 Indeed, Cabinet Secretary Simon Case appears to be the sacrificial lamb offered to the public to assuage their anger.

There are conflicting reports about whether Case – the most senior civil servant in the country – will resign as a result of his role in the affair, but it is clear that Johnson is attempting to export blame to a state official, dragging down the reputation of the Civil Service in the process.

This has played out on the front pages of the tabloids in recent days, with fevered speculation about the providence of a meeting between Sue Gray and Boris Johnson earlier this month.

Briefings from Downing Street officials initially suggested that Gray had asked for the meeting – during which the Prime Minister reportedly leaned on Gray to not release her findings – with Johnson’s spokesperson later admitting that the summit was indeed requested by Downing Street.

Periodic bombardments from Downing Street, propelled by Johnson’s acolytes in the right-wing press, have been an occupational hazard for civil servants in recent years. The get-back-to-work orders of “overgrown prefect” Jacob Rees-Mogg have followed years of Johnson railing against the Whitehall “blob”, which his former chief aide Dominic Cummings deployed as a catch-all excuse for administrative incompetence.

This war against officialdom is not the first time that the Prime Minister has brawled with the establishment from which he is derived. One of Johnson’s first acts in the job, encouraged by Cummings, was to prorogue Parliament – an unlawful act, which misled the Queen.

This, in many ways, is the Old Etonian spirit. The school is the pulsating nerve-centre of the British establishment, and its status imbues the college and its creations with a sense of exceptionalism – a belief that the institutions of power exist to serve their interests rather than vice versa.

As Musa Okwonga writes in his Eton memoir, One of Them, “I look at the school’s motto, ‘May Eton Flourish’, and I think, it is not right that you flourish, and will continue to flourish, at the expense of so many others.”

And while the security services worked avidly to subvert Mullin’s fictional Prime Minister, Harry Perkins, the current occupant of Downing Street has spooked his spooks.

Reports suggest that the security services expressed concerns about Johnson’s plan to appoint Evgeny Lebedev – the son of a former Russian KGB agent who has in recent days been sanctioned by Canada – to the House of Lords. Under concerted pressure from Johnson, however, these concerns were withdrawn, reports indicate.

Johnson has so far refused to release the contents of the security advice, despite being commanded by Parliament to do so, and Evgeny Lebedev – owner of the Evening Standard and the Independent – sits in the House of Lords under the title ‘Baron Lebedev of Hampton and Siberia’. 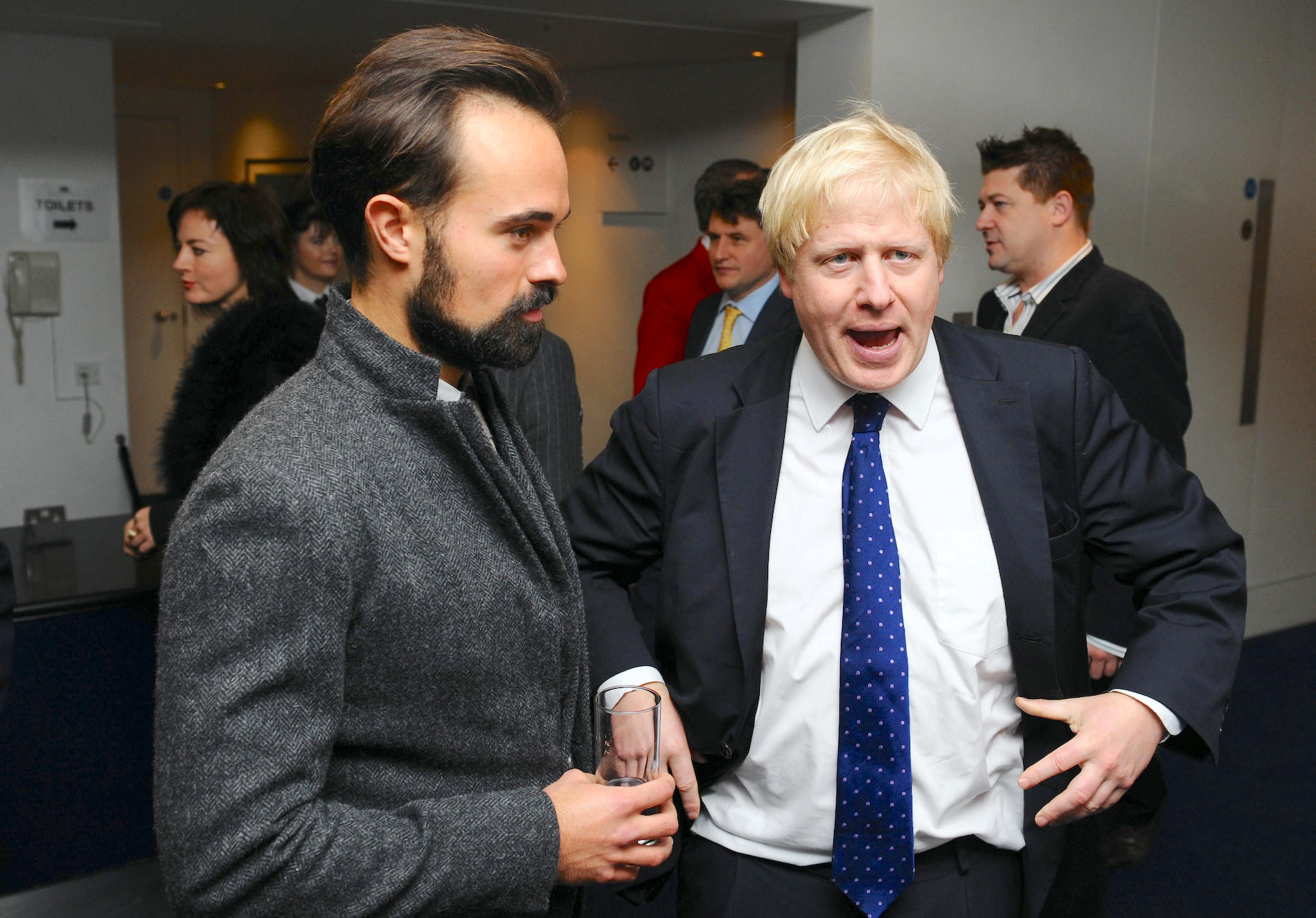 As many have observed, Johnson seems to be taking a temporary break from writing newspaper columns in order to be Prime Minister. He is a habitual polemicist, who still considers his boss to be the Daily Telegraph, according to Cummings. Indeed, Johnson appears to have dragged the right-wing press into Downing Street as an agency of power, through which it has succumbed to his cult of immorality.

Perhaps to a greater extent than at any time in recent history, journalists have been forced to deny and distort the truth to serve the partisan interests of their man in power. The cover-up is often worse than the crime, and Johnson’s foot-soldiers in the oligarch-owned press have sullied their reputations even further in order to clean up his mess.

The lies used to absolve Johnson of blame, often having germinated on the front pages of the papers, have been carried to Parliament by the Prime Minister – perpetuating the already pervasive belief that no politician, of any denomination, can be trusted to tell the truth.

The Metropolitan Police, meanwhile, has managed to undermine its own integrity sufficiently even without the help of the Prime Minister.

There may be many legitimate reasons to be ‘anti-establishment’ in modern British politics. Our constitutional norms, our electoral system, the rules governing the individual conduct of MPs, and much more besides are desperately in need of reform.

But Boris Johnson’s form of anti-establishment politics appears to target the last bastions of respectability and decency in our democracy. He has launched a coup against morality, the well-functioning institutions that diligently keep the wheels of power turning, and the bodies designed to keep us all safe.

And rather than cauterising the wounds of the disillusioned masses, this coup will surely only trigger more popular disenfranchisement.