As the Prime Minister’s former chief aide reveals the direct line between Johnson and billionaire media moguls, Sam Bright explores how they may have shaped Government COVID policies

Following last week’s allegation that Johnson negotiated COVID relief “bungs” directly with newspaper proprietors, without officials present, Cummings today claims that Johnson “gets direct repeated calls” from press proprietors and editors, telling him that working from home norms are “killing” the newspaper industry – and urging him to “get commuters back”.

The Daily Mail’s front page on Wednesday suggested that the Bank of England is struggling to address inflation because some staff are still working from home, while a number of other right-wing outlets have splashed on Jacob Rees-Mogg’s insistence that civil servants should return to the office full-time.

This has been a consistent campaign of Conservative-affiliated newspapers during the Coronavirus crisis. Faced with declining sales as fewer people pick up a copy on their way to work, they have regularly lobbied the Government to prematurely relax restrictions.

This has operated in public – as their front pages attest – and in private, if Cummings is to be believed.

The Government doesn’t release the minutes of meetings held between ministers and external individuals, but we do know that Johnson and his acolytes have regularly played host to senior right-wing media figures in recent years.

Indeed, the autumn of 2020 is instructive – the period when COVID case rates were rising rapidly, and the Government’s scientific advisors were urging Johnson to implement a ‘circuit-breaker’ lockdown.

Below is a list of all the meetings that the Prime Minister held with the representatives of right-wing media outlets from the beginning of July to the end of September 2020. As Byline Times has previously revealed, Johnson’s media meetings are overwhelmingly held with right-wing journalists, and the period outlined below is no exception.

Johnson also met with Tim Davie and Fran Unsworth, two senior BBC executives, on 21 September, which suggests that he was doing the media rounds. However, the fact remains that he met pretty much exclusively with right-wing publications on this date.

Murdoch – who owns the Sun, the Times and TalkTV – formerly employed Gove as a journalist at the Times.

Indeed, the Government’s accord with the right-wing press goes back a number of years. Johnson himself was a former journalist at the Times, editor of the Spectator and columnist at the Telegraph – holding the latter two positions even after entering Parliament.

According to Cummings, the Prime Minister has referred to the Telegraph as his “real boss” – a fact that was seemingly confirmed when Johnson flew back from the COP26 summit in Glasgow in November, a crucial event in deciding the world’s climate change priorities, in order to attend a reunion party of Telegraph journalists at London’s prestigious Garrick Club.

“He sees his job as just to babble to the media every day,” Cummings has previously claimed. 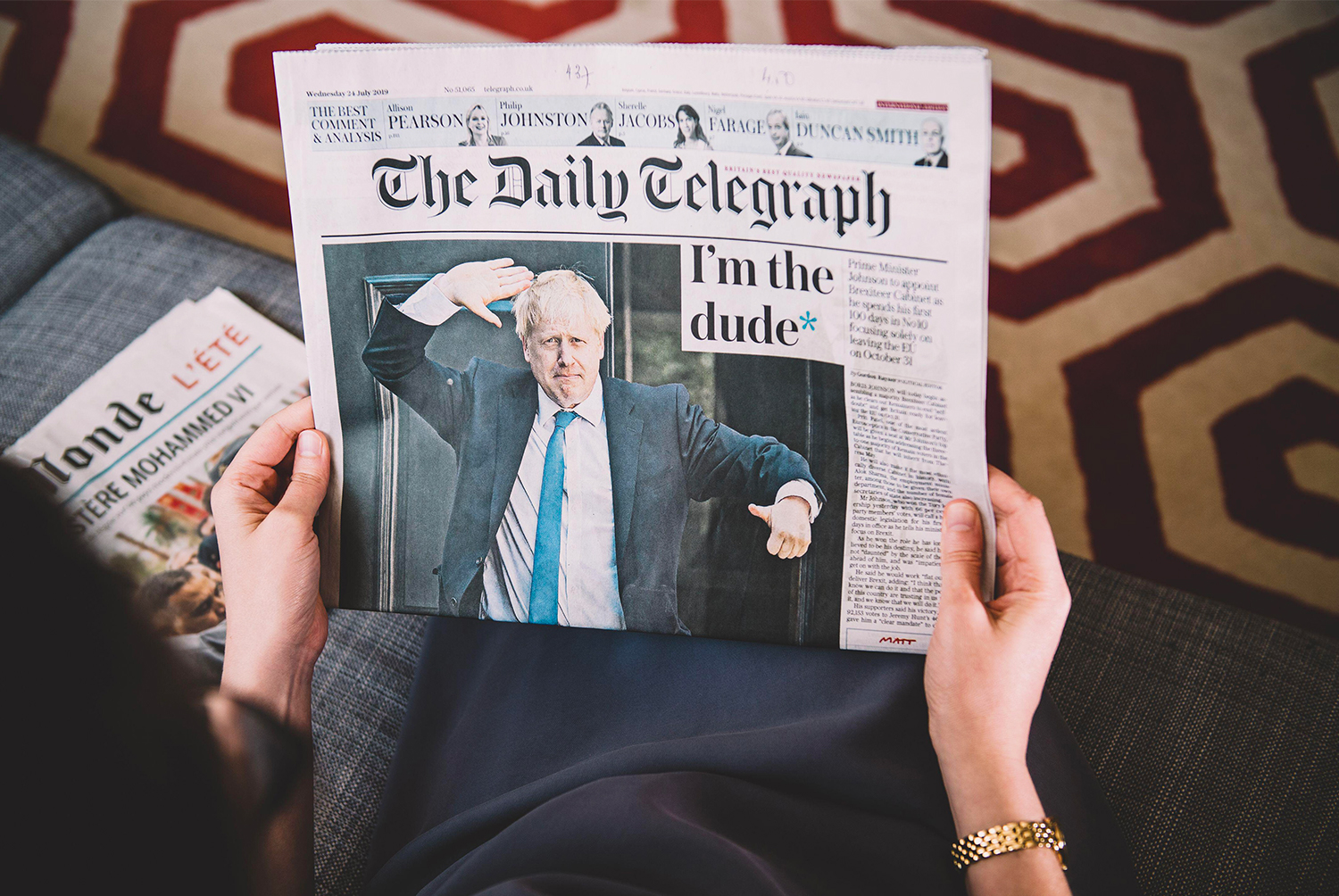 But this liaison with the billionaire press barons is not an abstract concern – it has seemingly influenced Government decisions and therefore the lives of millions of Brits.

Whereas on 31 August there were 1,406 new cases of COVID-19 logged in the UK, this figure had climbed steeply to 4,422 on Saturday 19 September. The Government’s official experts – the Scientific Advisory Group for Emergencies (SAGE) – recommended on 21 September a rapid, time-limited ‘circuit breaker’ lockdown to restrain the growth of the virus.

It said that “not acting now” would result in a “very large epidemic with catastrophic consequences”. SAGE warned that “a package of interventions will need to be adopted to prevent this exponential rise in cases” and “single interventions are unlikely to be able to reduce incidence”. At the top of its shortlist of “non-pharmaceutical interventions that should be considered for immediate introduction” was a “circuit-breaker”.

However, Johnson and his ministers failed to apply this recommendation.

Instead, the Prime Minister and his Chancellor held a meeting with three lockdown-sceptic scientists on 21 September. On the same day, two of these scientists – Professor Sunetra Gupta and Professor Carl Heneghan – had co-authored a letter, published by the Spectator, calling on the Prime Minister to “urgently rethink” his Coronavirus strategy. The letter said that Johnson’s approach, of suppressing the virus until a vaccine became available, was both “unfeasible” and would lead to “significant harm across all age groups”.

This matched the lobbying campaign mounted by the right-wing tabloids, that explicitly urged the Government against implementing another lockdown.

Rather than favouring a short, sharp lockdown, Johnson spoke to the nation on 22 September and announced peripheral alterations to the Government’s rules – banning more than six people from meeting and announcing a 10 pm curfew on pubs and restaurants.

Even still, however, the right-wing press accused Johnson of going too far.

A month later, by 21 October, the number of new COVID-19 cases in the UK had reached 26,687 – compared to barely 4,400 a month earlier. A new variant of the disease also emerged during this period, in mid-September, pushing daily deaths up to more than 1,000 a day by early January and forcing the country into a full-fat lockdown.

Some 180,000 people have now died in the UK within 28 days of a positive COVID test, while the period from November 2020 to February 2021 proved to be the deadliest phase of the pandemic.

Speaking last year to a parliamentary committee investigating the Government’s actions during the pandemic, Cummings said that he heard Boris Johnson say that he would rather “let the bodies pile high” than hit the economy again, when he was ramping up COVID restrictions in the autumn of 2020. MPs asked Cummings to prove this assertion, though no tangible evidence has yet been produced.

“He was cross with me and for others into what he regarded as basically pushing him into the first lockdown,” Cummings claimed. “His argument after that happened was literally, quote, ‘I should have been the mayor of Jaws and kept the beaches open’. That’s what he said on many, many occasions.”