While some campaigners want to bring in a US ‘bounty’ system for whistleblowing, others warn this could create a tiered system that leaves vulnerable people in the cold. Sian Norris reports

As pictures emerge of Boris wielding a glass of booze, and junior Whitehall staff speak to the BBC about a party culture in Number 10, whistleblowers are more important than ever. Without them, the scandal of Partygate may never have emerged.

But a new Bill to protect whistleblowers has been criticised by some campaigners for potentially opening the door to a US-style corporatisation of whistleblowing.

The bill, which was introduced to the House by Mary Robinson, a Conservative MP and Chair of the Whistleblowing APPG, recommended the UK sets up an independent, US-style Office of the Whistleblower, “to make whistleblowing work properly and safely for everyone”. The bill was not, in the end, taken forward.

Concerns have been raised that the office would be expected to “report back to the Government”, something which campaigners say would undermine independence and sink whistleblowers who want to shine a light on public services and Government misbehaviour.

WhistleBlowersUK, which provides the secretariat for the APPG, told Byline Times that the “independent Office of the Whistleblower will only report trends and serious concerns directly to the Government – not individual cases”.

Campaigners also believe the new bill could be a trojan horse for money-making firms seeking to ape a US ‘bounty’ style approach to whistleblowing.

A report from the APPG, and published in the run-up to the bill, states “the issue of financial incentivisation has been discussed with experts in the UK and abroad who concluded that it was time for the UK to introduce some form of reward scheme” for those who blow the whistle on bad behaviour.

The report continued: “after careful consideration by the APPG it concluded that this should be a matter for the Office of the Whistleblower to decide”. It committed to carrying out further research on whether financial rewards for whistleblowing should be introduced. WhistleblowersUK told Byline Times it “stands by its commitment that all whistleblowers should be properly recognised and compensated where appropriate”.

The APPG’s secretariat was at one point sponsored by Constantine Cannon – a US-based law firm which opened a London office in 2017 and, according to a report in the New York Times, “has long sought to persuade the British authorities to offer rewards to whistle-blowers”.

“I’ve never met a genuine whistleblower who is pro-bounty,” said Eileen Chubb, who set up the whistleblower’s charity Compassion In Care. “It will make millions for the compliance industry and for the legal industry. People will get rich off such a policy – except the most vulnerable whistleblowers”.

In the US, whistleblowing is big business thanks to the Dodd-Frank Act, with those who report bad behaviour receiving financial rewards – as do their lawyers. Individuals who blew the whistle on the banking firm JP & Morgan received a massive $30 million remuneration for their actions.

“Most whistleblowers don’t speak up because they want money,” explained Dr Minh Alexander, a former NHS doctor who now campaigns for better protections for whistleblowers. “They are motivated by acting in the public interest”.

Those who support financial rewards for whistleblowers argue that it helps to ensure those who expose wrongdoing are better protected. The penalties suffered by whistleblowers has, in part, led to a worrying decline in people coming forward to report their employers – while reports of harassment of whistleblowers has increased.

But critics have raised multiple issues with the bounty system – particularly when it comes to blowing the whistle on the public sector. The first is that financial rewards for whistleblowing risk contradicting the Nolan principles of selflessness, neutrality and the need for public servants to avoid any conflict of interest or actions motivated by personal gain. Bounties could therefore undermine public trust in whistleblowers.

Further, following various scandals in health and social care, one of the contractual obligations on NHS staff is to raise concerns if they see them in the workplace. It therefore creates a potential conflict of interest if staff are receiving an additional financial reward for fulfilling part of their job description.

“The question that we think that the public are asking is why are whistleblowers across any sector, especially the NHS, being subjected to unacceptable retaliation which encompasses, victimisation, penalties, harassment, bullying and being silenced for fulfilling their contractual obligations” a spokesperson from Whistleblowers UK told Byline Times. “The Bill will address retaliation and incentivise positive responses to whistleblowers across every sector”.

The bounty model is accused of making it harder for whistleblowers who want to expose wrongdoing in the public sector, where there is little hope of big financial returns. Those blowing the whistle on issues that won’t provide a financial benefit to lawyers and governments “won’t get as much attention as they are not as profitable,” said Chubb.

“We have been contacted by whistleblowers in the US who are raising issues about abuse and a whole variety of issues,” Chubb told Byline Times. “But unless they are exposing something that will save the government money, such as tax evasion or financial fraud, they don’t want to know. So you end up with a two-tiered system where a few hundred people get big rewards and the majority are ignored”.

“The way the bounty system works,” Dr Alexander explains, “is that a disclosure has to net monies above a certain ceiling in order for the whistleblower and its legal representative to qualify for a cut of the monies retrieved. But if your case is not about money – say you are in the social care sector and it’s about abuse – you aren’t going to hit that threshold and the law firms won’t retrieve the money and so they won’t be interested in representing you”.

As such, the bounty system risks making it harder for whistleblowers in the public sector to get the support they need to hold power to account. 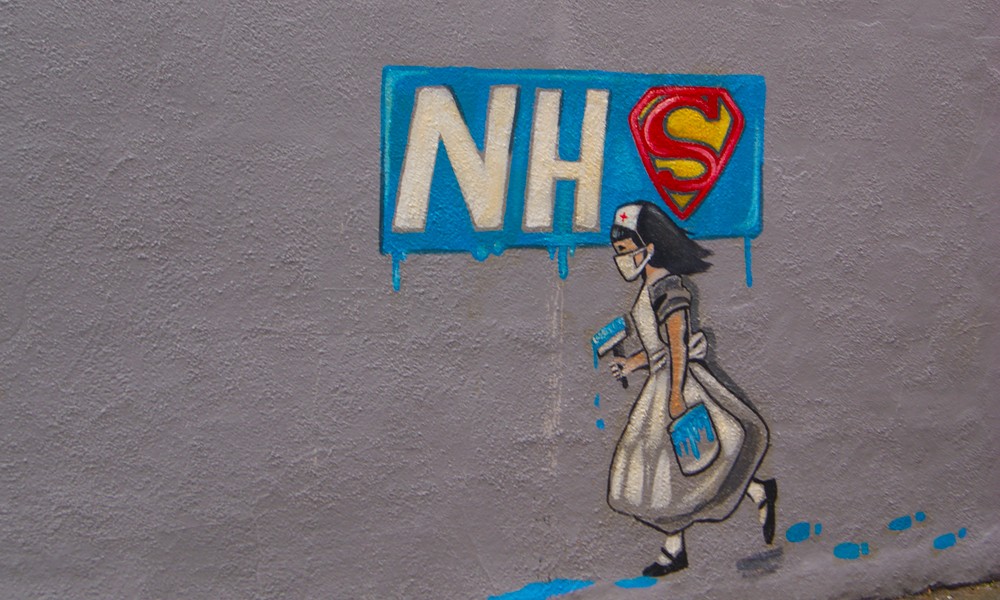 The secretariat for the APPG on Whistleblowing is the not-for-profit WhistleblowersUK, which argues that “actions that benefit society should be encouraged and recognised by way of financial compensation, and other forms of recognition, separate from that awarded by the tribunals”. It added that “the amount can be determined by the Office of the Whistleblower”, should the office be created by the bill.

In 2018/19, the APPG was sponsored by US law firm Constantine Cannon LLP, which declared that it paid WhistleblowersUK between £13,501 and £15,000 to provide the secretariat. WhistleBlowersUK told Byline Times: “We comply fully with the rules set out by the Parliamentary Commissioner for standards”.

Constantine Cannon set up its London office to represent the increasing number of whistleblowers living outside the US but who can use the US whistleblower reward programmes. In practice, this means UK citizens blowing the whistle on US organisations; alerting the US Government to fraud schemes that cross international borders; or that occur on foreign soil have ripple effects which then reverberate in the US.

Since 2019, Constantine Cannon has not been listed on the APPG register as providing sponsorship. WhistleblowersUK provides an in kind benefit to the APPG of between £21,001 – £22,000. A part-time employee of the organisation also works part-time for Mary Robinson.

“I have been overwhelmed by the positive and enthusiastic response to the Whistleblowing Bill, which extends comprehensive and inclusive protection to every citizen who is, or is, perceived to be a whistleblower, or is in anyway related to a whistleblower,” Mary Robinson told Byline Times.

“The Whistleblowing Bill seeks to set up an Office of the Whistleblower, which will champion whistleblowers and whistleblowing. It will be one central hub that sets and monitors standards, and has far reaching powers to investigate allegations and apply meaningful sanctions and penalties to those who fail to comply with the new obligations and award compensation including uncapped damages to whistleblowers who suffer harm and loss. This Bill has been designed to be fair to every citizen and incentivise positive behaviour”.