A number of dominant agricultural commodity traders are set to make big money thanks to Russia’s invasion, reports Dimitris Dimitriadis

While 44 million people are “marching towards starvation” and Ukrainian food exports – enough to feed 400 million people in 2021 – are prevented from leaving the country, an industry of grain traders and middlemen is making a lot of money.

The invasion of Ukraine, which has conspired with Coronavirus and climate change, has created a perfect storm for global food insecurity. It has been a boon for agricultural commodity traders – an industry dominated by a quartet of companies commonly referred to as ABCD: Archer Daniels Midland (ADM), Bunge, Cargill, and Louis Dreyfus.

The ability of the sector to capitalise on the global crisis has led experts to question the ethics of so-called ‘disaster capitalism’.

The gains made by at least two of the agri-giants are sizeable. Share prices for Bunge and ADM have soared by an average increase of 11% since the outbreak of the conflict, easily outstripping the FTSE 100 which has risen by less than 3% over the same period. This is consistent with a longer-term share price increase of more than 50% in the last three years, as demand for foodstuffs exploded in response to pandemic-inflicted lockdowns.

The ABCD, which control anywhere between 75% and 90% of the agricultural trade market, have been well positioned to profit from Ukraine’s export standstill and accelerating food inflation that global bodies say threaten famines in some of the world’s most vulnerable countries.

Following the invasion of Ukraine, the world’s sixth-largest wheat exporter, food commodity prices soared to record high levels, with the FAO Food Price Index reporting a 13% jump in March. But the worst may be yet to come, as the UN warns that food and feed inflation could climb to 22% this year – that is, if the conflict continues to prevent Ukraine’s exports from being released into global markets.

This will impact not only nations with a strong wheat import dependence on Ukraine – like Tunisia, Egypt and Lebanon – but also many countries in sub-Saharan Africa that are already plagued by conflict, climate change and acute hunger crises.

But amid every disaster, lurks opportunity.

Since Russia invaded Ukraine, the overall market capitalisation – a total value of a company’s shares and a proxy for investor confidence – for agricultural commodity traders has risen by 10%. This puts it firmly among the winners’ club alongside the fertiliser industry, which has seen an overall increase of 27% – an uptick that is bested only by the coal, offshore oil drilling and alternative fuels sectors, according to market data. 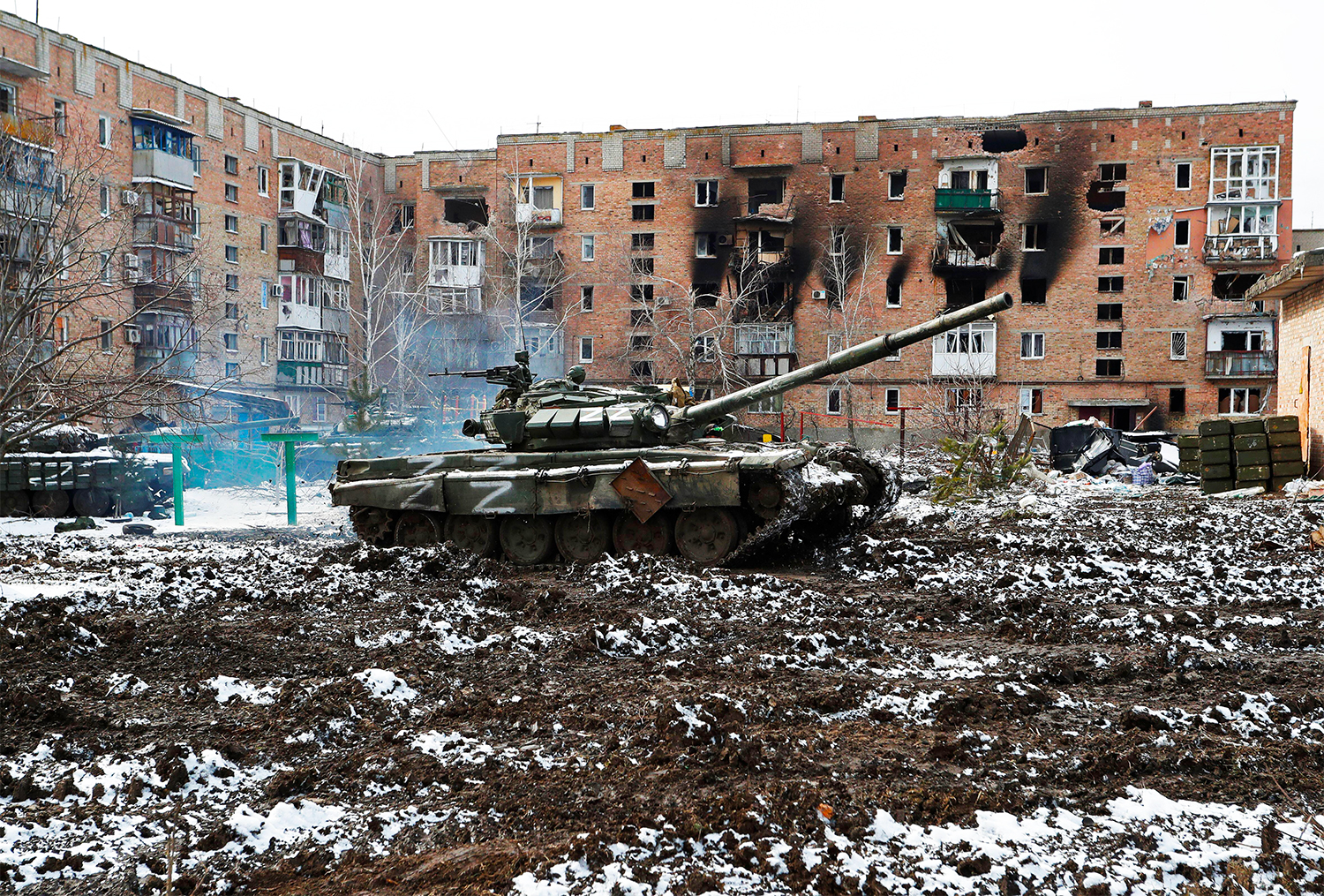 It is also little wonder that, as oil and gas prices have surged following the invasion. Oil giant Saudi Aramco just reported an 82% jump in profits – recording the highest net earnings since its listing in 2019.

Bunge, meanwhile, the world’s largest oilseed processor and a grain and fertiliser trader, recently reported higher-than-expected quarterly earnings of $4.26 per share (up from $3.13 in the same period last year), after the conflict in Ukraine sent food commodity prices soaring.

Its competitor, another supply chain middleman, ADM, also posted earnings of $1.90 per share, beating expectations of $1.41, adding that its profits for 2022 would confidently top last year’s – at $2.9 billion.

Meanwhile, Louis Dreyfus reported a jump in profit for 2021 – which reached $697 million, up 82.5% from the previous year – on the back of recovering global demand for staple crops, but said the Ukraine conflict could have a “material impact” on its operations locally.

Cargill, America’s largest privately held business, last year announced a net income of $5 billion, the largest profit in its 156-year history. While its earnings in the last few months of 2022 are not known, the company – which is controlled by a dynasty of billionaires – has not pulled out from Russia, where it has done business for nearly half a century. It also continues to serve the other side of the conflict: Ukraine.

This is emblematic of a market that has no “national loyalties” or “flags”, according to Dr Fadhel Kaboub, Associate Economics Professor at Denison University, adding that these traders do not tend to shy away from conflict zones.

Instead, he says, their scale and resources allows them to incur the cost of doing business in wartime and operate at the grey periphery of sanctions. Food and medicines are not included in global restrictions.

Cagrill says on its website that “food is a basic human right” and that it does everything it can to “nourish the world”, adding that the region [Ukraine-Russia] “plays a significant role in our global food system”.

Proponents of the agricultural trade industry claim that profits alone do not necessarily indicate wrongdoing or malfeasance. They add that the sector in fact helps restore stability in the food markets by using its scale and access to information to match demand with supply – in this case, shipping food and other commodities where they are most needed.

But Kaboub says that the ABCD traders are “gatekeepers” of a world order that continues to prevent the Global South from developing its own food sovereignty, while giving big producing countries and traders immense influence and leverage over prices.

“In a world where you have countries independently controlling their own food security, those companies wouldn’t have that much power,” he says.

“The ABCD traders are not just covering the cost of doing business, they’re taking advantage of a real crisis to surcharge.”

Fourteen years ago, Andrew Levi briefed the Labour Foreign Secretary on the dangers of Putin’s Kremlin. Now the terrifying predictions of that report have been vindicated, it is vital to reckon with our failures 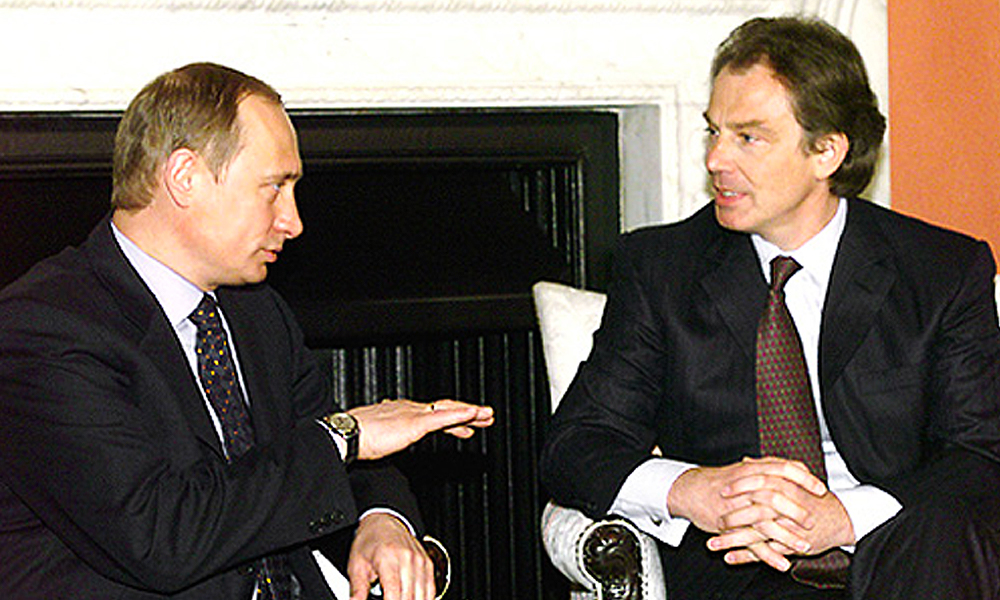 Some critics go even further and allege that agricultural traders not only capitalise on disruption but also often promote it through “predatory” practices that can accentuate market volatility.

Kaboub pointed to a long and dark history of Wall Street speculators that in some cases have helped create food crises only to be allowed by the authorities to walk away with a “slap on the wrist” or a hefty fine.

Meanwhile, the UN World Food Programme has urged that, unless the Black Sea ports of Odesa are allowed to operate and export food produced in Ukraine, the global hunger crisis could spiral out of control.

As many as an additional 47 million people could face acute hunger if the conflict continues, the body says. That’s on top of the 276 million people who already found themselves in this dire situation at the start of 2022.

The risk of famine has been compounded by droughts across the Horn of Africa, with countries like Ethiopia and Somalia – which heavily rely on wheat from the Black Sea – seeing the cost of a food basket rising by 66% and 36% respectively in April, according to the UN.

There are only modest grounds for optimism. While using its Black Sea ports is out of the question – at least for the time being – Ukraine is assessing whether it can export its food supply via neighbouring countries like Poland, Latvia and Lithuania.

However, transporting the wheat is proving a Herculean operation: Ukraine’s railway system is not (fully) compatible with that of its EU neighbours – meaning that trains are probably a non-starter. The fall-back is using trucks but that is bound to be much slower and more arduous.

Until then, the hope is that other countries will increase their wheat exports and ease the shortages. But India, the world’s second-largest wheat producer, has been hit with an unexpected and prolonged heatwave , which is threatening the bulk of its crops in the north.

“Experts don’t see prices coming down in the next six months and it could be potentially a much worse situation beyond then,” says Kaboub.