The number of sex offenders found guilty in all courts decreased by 30% between 2011 and 2020, a new investigation by the Byline Intelligence Team can reveal.

While the Coronavirus lockdowns will have had an impact on convictions during 2020, the downward trend was apparent even in 2019. Between 2011 and 2019, there was a 12% decrease.

A spokesperson from the Ministry of Justice told Byline Times: “In the last three months there has been a 15% increase in the number of people convicted for rape offences and a 24% increase in the number of cases the police are referring to the CPS, but we know there is a lot further to go to better help victims and rigorously pursue perpetrators”.

The data comes as the Prime Minister holds a Cabinet meeting focused on crime where he said the Government “is making sure that we give everybody the confidence that we are on their side when it comes to the law and their experiences of crimes – particularly crimes of sexual and domestic violence – and we want to see more prosecutions for those who engage in such crimes. We want to see more rapists brought to justice”.

But the current record on sexual offences suggests a failure to put rapists behind bars.

While these sentences cover all sexual offences, some rapists will have received sentences of less than 55 months. Data from the Ministry of Justice revealed that 23 adult rapists were sentenced to less than four years in prison across England and Wales in 2020. There have also been cases where adult men have received community sentences or absolute or conditional discharges. In 2011, then Justice Minister Ken Clarke expressed disbelief that rapists are sentenced to five years.

In England and Wales, a total of 162,936 adults were victims of sexual offences in the year ending March 2020. Of all women aged 16-74, 22.9% experienced some form of sexual assault in the year ending March 2020 – that’s more than one in five. 7.1% have been raped or endured an attempted rape and 21.7% of women have suffered indecent exposure or unwanted sexual touching.

The numbers are lower for men – 4.7% of men had been victims of some form of sexual assault; 0.5% of rape or attempted rape; and 4.5% have endured indecent exposure or unwanted sexual touching.

The charge rate for rape decreased from 8.5% in 2015 to 1.3% today. Shadow Home Secretary Yvette Cooper told the House of Commons that every day in England and Wales, an average of 300 women will be raped – but only three alleged rapists make it to court.

The failure to prosecute rapists has led to campaigners warning that sexual assault is decriminalised in the UK.

“What is causing the crisis in justice for victims and survivors of sexual offences?” asked Harriet Wistrich, founder of the Centre for Women’s Justice. “There is no one answer but in essence the failure of the Criminal Justice System to prosecute nearly all rapes that are reported leaves a sense that rape is decriminalised. In addition, women who report rape and sexual violence have to deal with fears of being disbelieved, or being under investigation themselves, insofar as they are often required to disclose their digital data and personal records in order for the investigation to be taken forward. The other big issue at the moment is the huge delays from report to trial (for the few that get there) – three years plus for many while their lives are suspended”.

The figures undermine the Government’s tough on crime narrative. Between 2010 and 2020, austerity measures led to 20,000 police staff cuts. A report published by the Women’s Budget Group (WBG) and the Women’s Resource Centre in 2018 stated that funding cuts to the police had “consequences for victims of domestic and sexual violence, including cases dropped due to problems collecting evidence and a reduction in police funding for specialist support services”.

At the same time, austerity measures impacted funding for the women’s sector which provides support for victims and survivors of sexual offences. While a considerable number of organisations generate their own income, many women’s services also rely on grants from local authorities. Grant funding for local councils in England from the Central Government reduced by £16 billion between 2010-19, leading to a 17% fall in council spending on local services.

41% of organisations surveyed in the WBG report had seen a drop in their income over the previous year – while 80% of respondents said there had been an increase in need. The report’s authors found that “austerity measures since 2010 had an impact on the availability and accessibility of statutory services to vulnerable women”. 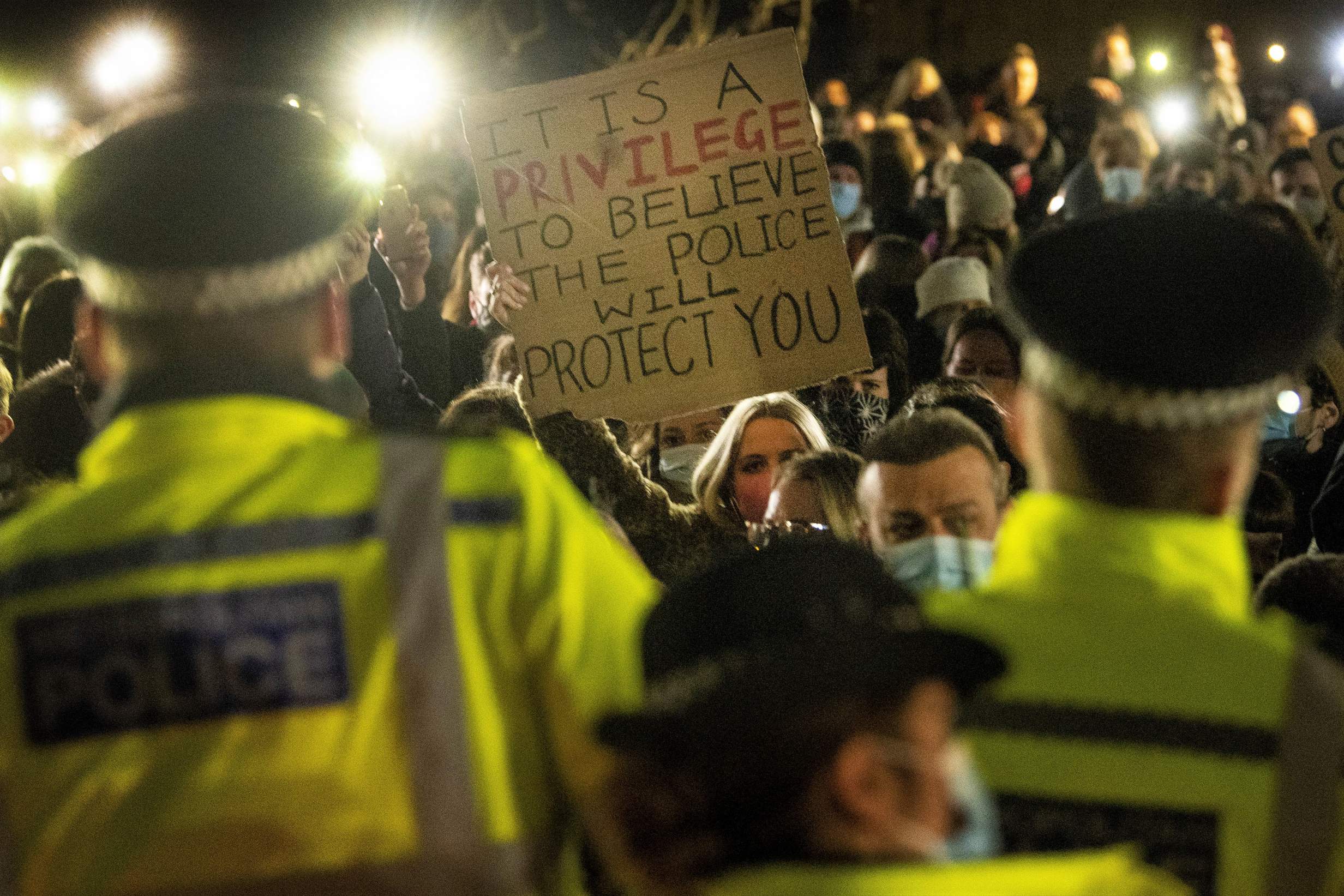 But the cuts form just part of the picture of low conviction and prosecution rates.

A super-complaint to the Ministry of Justice submitted by the End Violence Against Women Coalition, Imkaan, Rape Crisis and the Centre for Women’s Justice found numerous examples where women reporting rape were confronted with disbelief based on damaging rape myths.

These include the case of Anna, who reported being raped three times but had her case dropped, in part because she had returned to the perpetrator’s flat after the second assault. She had previously been in a consensual sexual relationship with her alleged attacker.

Barbara, a young lesbian woman, was raped by an older male relative, but her case was dismissed when the Crown Prosecution Service decided there was not enough evidence to continue.

The fact Barbara had been drinking with her alleged attacker was used against her, as it was in the case of Daphne, who was sexually assaulted by a co-worker. Her case was dropped because her recollection was “hazy” and she “appeared not to have left the [attacker’s] flat immediately after the incident”. For Imogen, the CPS asked the question “who would the jury be most likely to believe?” – her, or her partner who she had accused of rape, psychological, physical and financial abuse. He claimed she had consented to sex.

Multiple women cited in the super-complaint had their phones confiscated by the police and their messages reviewed. If their phone included messages that could be construed to encourage sex, this was seen as a reason not to go ahead with the case – even if the victim had previously been in a sexual relationship with her alleged abuser.

In a joint report on how rape is effectively decriminalised, End Violence Against Women Coalition, Imkaan, Rape Crisis and the Centre for Women’s Justice argued that: “Central to the way in which criminal justice agencies manage rape and sexual abuse cases are decisions around how credible a victim/survivor is. At every stage of the process, manifestations and pre-emptions of rape myths and stereotypes play a major role in whether a case is taken forward or not”.

A Government spokesperson told Byline Times: “We are recruiting 1,000 more independent sexual and domestic violence advisers, launching a new 24/7 helpline for victims, trialling a new approach to police investigations, and rolling out pre-recorded cross-examination across the country so rape victims get the justice and support they deserve”.