With reports that 56 MPs are facing allegations of sexual misconduct, Rachel Morris analyses how a Bullingdon Club mentality has seeped into the corridors of power

In 1994, Conservative MP Stephen Milligan was found dead in his home, naked aside from stockings and suspenders, with orange segments in his mouth. Many other scandals of the early 1990s stood in stark contrast to the then Prime Minister John Major’s ‘Back to Basics’ political campaigning.

Affairs, homes for votes, cash for questions: Westminster has always been scandalous; its members prone to the same deadly sins as everyone else – though with greater access to opportunities. The rank hypocrisy of parliamentarians behaving in this manner while passing laws preventing everyone else from doing the same has always been offensive.

But what has happened in Parliament recently is of a different order. As the Government passes increasingly authoritarian laws, the behaviour of its members sinks ever lower.

While the misdeeds of the past mostly harmed those directly involved, current standards of behaviour harm the country and democracy itself. The Commons is not only a moral cesspit but a hostile work environment, especially for women. There are not enough column inches to list all offences by MPs against decency and, in some cases, the breaking of laws written in that very chamber.

Last July, the Commons Standards Committee found that five Conservative MPs had breached the Code of Conduct by attempting to improperly influence judicial proceedings in the trial of former Tory MP Charlie Elphicke, via letters on headed House of Commons notepaper. Elphicke lost his seat and was imprisoned for the sexual assault of two members of his staff. His Dover constituency went to his wife Natalie, one of the five MPs in question.

In December, drug detection wipes found cocaine traces in 11 of 12 parliamentary bathrooms, including one next to the Prime Minister’s office, all accessible only by those with parliamentary passes. This while Boris Johnson cosplayed as a policeman as part of his ‘war on drugs’. Although the Speaker of the Commons referred this matter to police, nothing more has been reported on it.

And this April alone, there have been a series of new scandals:

MP David Warburton was pictured with lines of cocaine, and was alleged to have sexually assaulted staffers who could not complain directly to their tax-funded HR representative as she is also Warburton’s wife. Warburton received an undeclared £150,000 loan from Russian ‘financial advisor’ Roman Joukovski, to whom Warburton gave parliamentary access. He used his parliamentary email to organise meetings for Joukovski. Weeks on, there is no word of a police investigation, nor a by-election. Warburton had the Conservative whip withdrawn.

Imran Ahmad Khan MP was found guilty of molesting a teenage boy. It emerged that he gave a statement under caution in May 2020 yet was allowed to advise the Government on child sexual exploitation and grooming gangs later that year. Tory MP Crispin Blunt offered a passionate defence of Khan, before withdrawing it. Khan’s victim contacted the Conservative Party press office to inform it of his abuse in 2019. Khan had the Conservative whip withdrawn.

56 MPs face allegations of sexual misconduct, including three serving Cabinet members and two Labour shadow ministers. These include sexually inappropriate comments and more serious incidents, including one MP said to have bribed a staff member for sexual favours. This is equivalent to 8-9% of Parliament’s 650 MPs.

Deputy Labour Leader Angela Rayner suffered a scurrilous attack by the Mail on Sunday, briefed by someone in the Government, accusing her of using underhand sexual distractions at Prime Minister’s Questions. Speaker of the House of Commons, Lindsay Hoyle, described the article as “demeaning” and “offensive” and ordered the newspaper’s editor to attend Parliament for discussion. David Dillon refused to do so.

An unidentified Conservative MP was said to have watched pornography on his phone while the House of Commons was in session. At the meeting where this was revealed, female Conservative MPs also reported such incidents as a whip calling, “come on, girls!” as he ushered them to vote, and an MP wearing a skirt being asked, “what do you do for your day job?”

Perhaps none of this is surprising when Parliament has long been nicknamed ‘Pestminster’. An eponymous scandal in 2018 saw a flood of #MeToo sexual harassment accusations. Aside from Charlie Elphicke’s jailing, at least four ministers lost their jobs.

A culture of endemic bullying and harassment in Westminster was confirmed by three independent inquiries, finding a systematic problem buttressed by complaints processes relying on other parliamentarians to apply discipline. Party machinery was known to sit on complaints.

An independent complaints and grievance scheme, training, and helplines were introduced. But, in 2020, when an unnamed Conservative MP was arrested on allegations of rape, violent sexual assault, and coercive control of an aide, union representatives found that action taken “went nowhere near addressing our concerns”.

The Westminster Old Boy’s Club still has a bustling membership. It creates and oversees laws that aim to achieve safe, fair workplaces, amid its own hostile work environment. Commons employees, such as aides and researchers, are represented by trade unions, but if they work in MPs’ offices, their first port of call for complaints is still often the MP.

MPs are not employees of the House – they are paid by the Independent Parliamentary Standards Authority, which states: “Obviously there are things MPs are not allowed to do and standards by which they should abide – there is a Code of Conduct and the behaviour of Members is monitored by the Commissioner for Standards.”

As is often the case in British politics, these rules are advisory and they ultimately lie for their enforcement with the Prime Minister – a man who, when running for Parliament in 2005, said, “voting Tory will cause your wife to have bigger breasts”.

Research finds that sexist and condescending language impacts gender-based achievement and parity in workplaces, affecting whether women remain in their jobs, aim for leadership roles, or are seen as competent. A known culture of harassment in a workplace will put women off from entering it.

Moreover, the police force which investigates more serious allegations emerging from Parliament itself has an endemic culture of racism and misogyny. 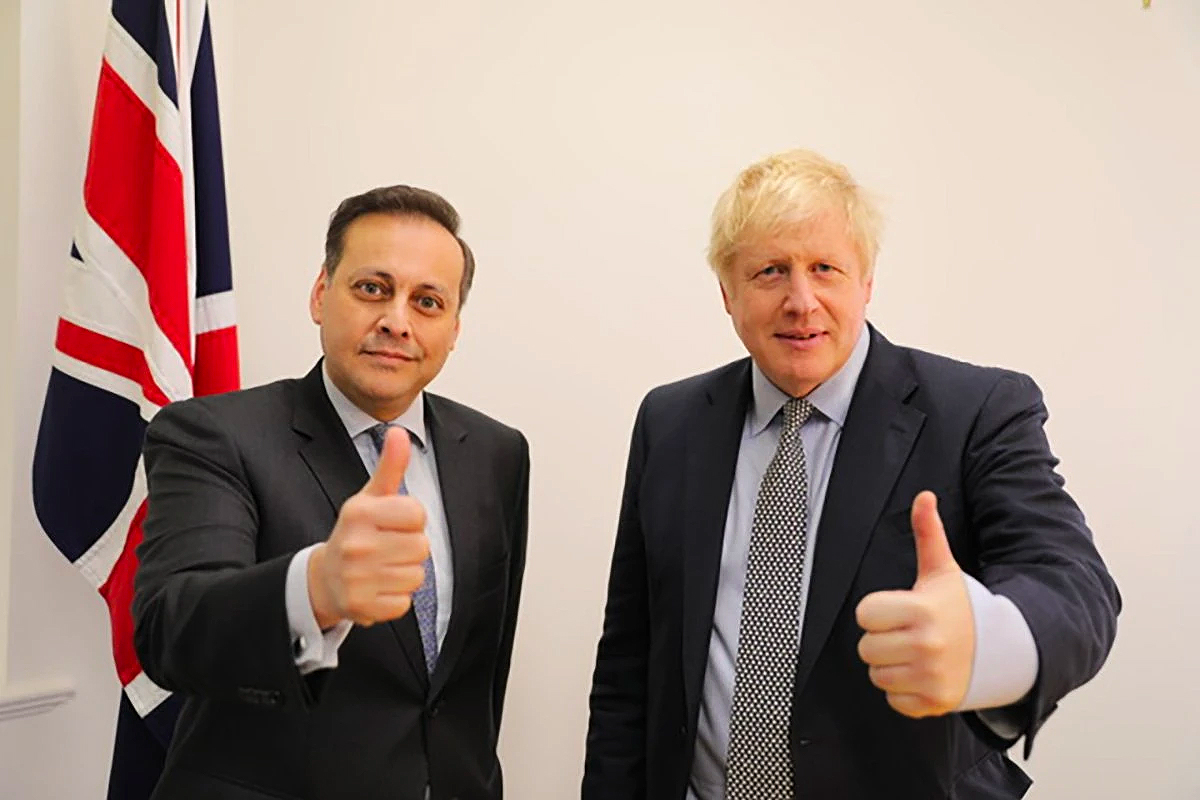 Political Parties Must Not Pave the Way forPerpetrators in Power

On the same day, the Police, Crime and Sentencing Bill went forward for Royal Assent, containing provisions to criminalise the way of life of Gypsies and Travellers and making noisy protests unlawful. The Elections Bill too, introducing voter suppression measures and ending the independence of the Electoral Commission. And the Nationality and Borders Bill, undermining international refugee protection laws and exposing vulnerable people to suffering and danger.

We have become a rogue state. The soul of our democracy has become the Bullingdon Club – the Oxford University society famed for its debauchery. As with ‘Partygate’, there seems to be different rules for the Government and the governed.

Criminology’s ‘broken windows theory’ suggests that visible signs of antisocial behaviour, disorder and crime lead to an environment encouraging more serious crime and disorder. If a neighbourhood behaved akin to the Commons, particularly the Tory cul-de-sac, the police would set up a task force.

In 1994, as the then News of the World editor Piers Morgan said: “It strikes me that probably every Tory MP is up to some sexual shenanigans, but we can hardly get them all fired or there will be nobody left to run the country.”

Calling abuse and harassment “shenanigans” demonstrates a lack of seriousness. The suggested solution to widespread degeneracy of firing everyone and starting over is hardly practical. But, 28 years later, it’s beginning to sound reasonable to overhaul every aspect of the way Westminster operates.