What the Left Got WrongOn Immigration

Russia’s invasion of Ukraine has brought the UK’s relationship with our Eastern European neighbours into the spotlight, as every day the news beams images of bombed-out apartment blocks, families fleeing to safety and the golden domes of Kyiv’s cathedrals standing strong in the spring sunlight.

The UK Government has boasted of launching the world’s first Ukraine family visa scheme – failing to mention that it’s only the first because European Union countries have waived visas for refugees altogether. The public has been critical of the Government’s response, while tens of thousands have volunteered to open their homes to the women, men and children escaping Putin’s invasion.

The response has also shone a spotlight on our complicated and often xenophobic attitudes towards people from Eastern Europe, and a failure in left-wing politics to engage positively with migrant populations from the region arriving in the UK.

That failure, according to writer and international migration expert Yva Alexandrova, author of Here To Stay, included a lack of analysis by the left that Eastern European migrant people were working-class, diverse, and saw themselves as internationalist and European.

This lack of analysis and engagement allowed for the mainstream narrative about Eastern European migrants to be almost wholly negative, helping to amp up animosity towards migration that became particularly prevalent post the 2008 economic crash, all the way through to the Brexit referendum and beyond.

What did the left get wrong on migration? How has Brexit impacted the futures of Eastern European people living in the UK? And as the Nationality and Borders Bill returns to the House of Commons this week, is the hostile environment not only here to stay, but getting harsher?

Both Corbyn’s Labour and the May/Johnson Conservative Parties met the Brexit vote with promises that free movement between the European Union nations and the UK would end – catapulting the UK towards the hardest possible exit from the EU.

This was predictable from the right, which had pushed an anti-migrant narrative throughout the Brexit campaign. But for the left to turn against freedom of movement shocked many of Labour’s liberal, pro-Remain supporters and came from a fundamental misunderstanding of the empowering nature of free movement to Europeans.

“One of the things the left got wrong in their understanding of Eastern European migration was what freedom of movement meant to us after the Cold War,” Alexandrova told Byline Times. “It provided an opportunity for Eastern Europeans to come back to Europe, where we had always felt we belonged anyway. It was about reuniting Europe after the Cold War, and the freedom to travel, study and work abroad was incredibly empowering to people of our generation. It put us on an equal level to other Europeans”.

A similar lack of understanding, some may say empathy, has gripped parts of the left since Russia’s invasion of Ukraine. Those who choose to see Russia as reacting to NATO encirclement – buying into Putin’s ideology that the nation is a victim of the West – have failed to engage with the pro-European, pro-Ukraine and progressive attitudes of the country’s left-wing movements.

In the run-up to the Brexit vote and in all the elections since, immigration has been set up as a class issue, with working-class voters in traditionally Red Wall seats portrayed as being hostile to Eastern European migration. In this narrative, the image of the working class was homogenous: it was white, northern men, ignoring the diversity of working-class people and, crucially, how most Eastern European migrants were themselves working class.

“Eastern Europeans coming to the UK were predominantly working class,” Alexandrova explains. “This was something the left seemed to miss. The left has a good legacy when it comes to defending the rights of working-class migrant people from former colonial powers. There is a lot of room for trade unions to engage with Eastern European workers, there’s potential for organising in the industries Eastern European migrants tend to work in – industries with zero-hour and agency contracts for example. More effort needs to be made in building understanding and solidarity”. 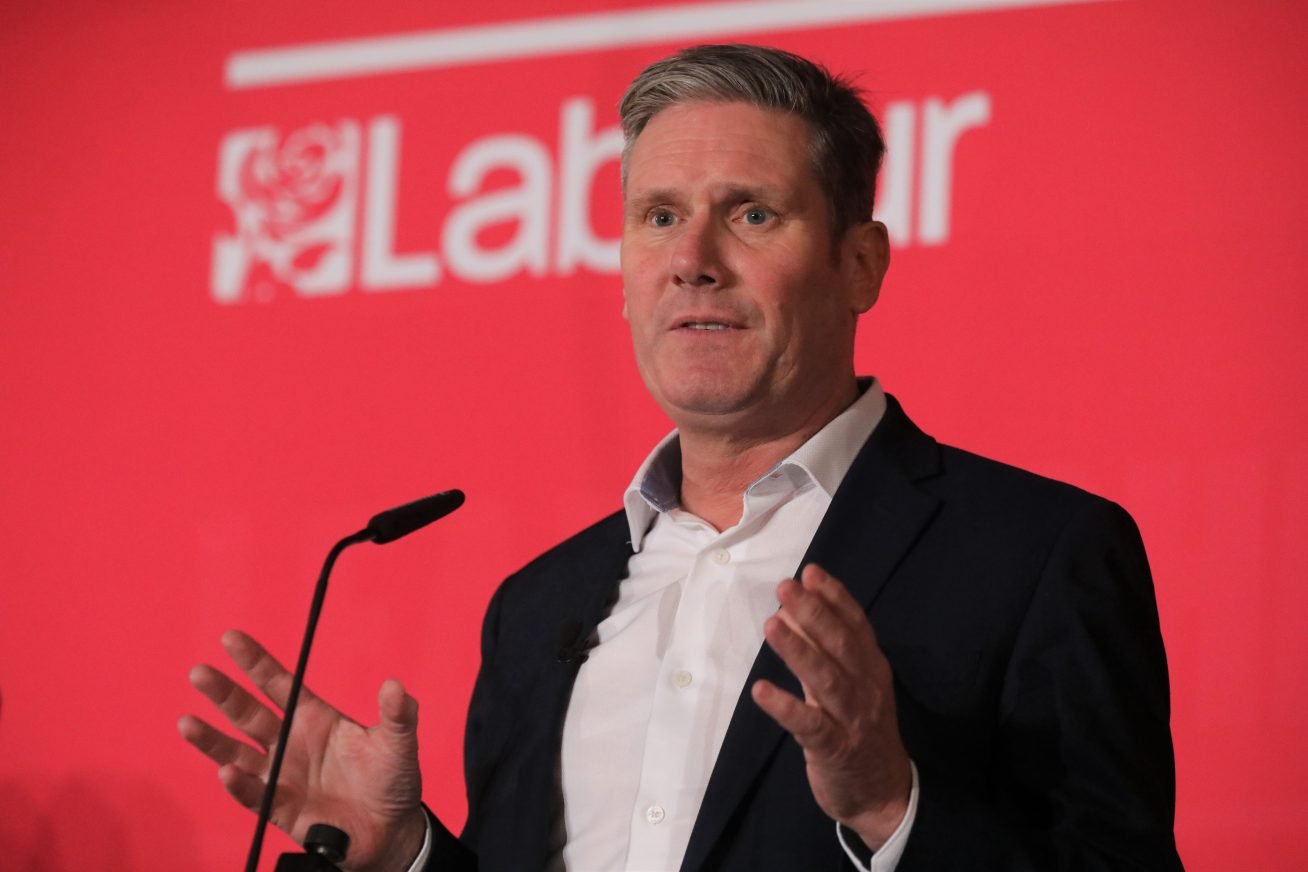 Labour Must Confront the Conservatives’ Immigration Lies Or Continue to Lose

After the 2008 economic crisis, anti-migrant feeling that had long been present in the UK bubbled up to the surface.

That hostility was not helped by the Coalition Government of 2010 imposing an ideological austerity policy programme that deepened inequalities, ripped holes in the welfare state and safety net, and pushed more people into poverty. As people’s living standards went down, they looked for someone to blame – and the media and right-wing politicians were ready with a scapegoat.

Right-wing media and – to some extent – Russian state disinformation, hyped-up anti-migrant sentiments, from referring to refugees as “cockroaches” to fostering a culture that placed blame for Britain’s struggles on migrant people, rather than Government policy.

“The 2008 crash was very much for me the trigger for Brexit,” says Alexandrova. “The system basically imploded and the response was austerity. You had the continued migration of people from Eastern Europe, but the narrative that migrant people from Eastern Europe were taking UK jobs. The left shied away from countering this narrative. By not addressing this issue, they allowed it to fester. That worked badly for the Labour leadership and ended up with both the left and right arguing for hard Brexit”.

The writer Paul Mason argued in his books Clear Bright Future and How To Stop Fascism that 2008 represented the end of the neoliberal era, but while the Government put the banking system on life-support, it couldn’t “put an ideology on life support”. 2008 ended neoliberal ideology but “nothing was there to take its place” – leading to people returning to “the old certainties of nation, nature and race”. This helped to fuel the anti-migrant sentiments that were so visible during and beyond the Brexit campaign.

Parts of the pro-immigration left relied on economic arguments to explain the necessity of immigration from the region, explaining how migrant people paid more into the UK economy than they took out of it. These were important arguments to make, but they also fell into a trap of only valuing people and migration in terms of monetary value. The artistic, creative, social and family impacts got lost in a neoliberal narrative that replaced people with GDP figures.

Since the UK left the European Union with a hard Brexit, EU citizens living in the country had to apply for settled status. The status is digital-only, rather than a physical document such as a visa. This digital approach, increasingly embraced by the Home Office, has caused concern and confusion – not least, it would appear, for the Home Secretary herself.

Speaking about the visa requirements for Ukrainian refugees, Priti Patel said: “There was something known as the Windrush scandal, and it’s important that everyone arriving in the UK has physical and digital records of their status”. This does not square with the settled status digital-only policy.

“I think there is definitely a danger of another Windrush, especially for vulnerable Europeans,’ said Alexandrova. “We don’t know how many people have not applied or don’t know they were supposed to apply for the Settled Status Scheme, and are now on the way to becoming irregular migrants”.

Now, with the crisis in Ukraine and the Nationality and Borders Bill returning to the House of Commons, there feels like a chance to change the narrative on migration and asylum. The left and civil society organisations have responded with passion and dedication to the bill, exposing troubling aspects of policies that seek to criminalise people seeking asylum and creating a tiered asylum system. Perhaps lessons have been learnt by the left since the Brexit vote.

Yva Alexandrova will be in conversation with Laura Parker on 22 March, you can register here