Every few years, the Ministry of Defence (MoD) updates its Strategic Trends Programme: a publication of the Development, Concepts and Doctrine Centre (DCDC). Since at least 2007, when the documents became publicly available and continuing through several Conservative and Conservative-led governments, the DCDC has warned of the growing threat of nuclear war and/or accident.

Far from de-escalating, these Conservative governments have either not acted, or have behaved in ways that have increased the risk.

One such MoD document, Future Operating Environment, published during the Conservative-Liberal Democrat Coalition years, predicted trends out to 2035. It made the hair-raising prediction that, “limited tactical nuclear exchanges… cannot be ruled out”.

Smaller, more targeted nukes (so-called “tactical” weapons) could be used by “non-Western states… as a way of limiting or de-escalating conflict”. But it concludes that escalation could easily occur: “any land-based nuclear response could be seen as an unjustified escalation, in light of the nature of the weapon, civilian casualties and its impact on the environment”.

This is relevant to the present crisis because Russia ensures operational freedom in Ukraine by threatening to use nuclear weapons if the West directly intervenes. If Russia uses a “tactical” nuclear weapon it would be a warning to the West not to interfere. However, as other MoD documents explain, such complicated environments greatly increase the risk of retaliation and accidental escalation.

Sky News recently asked Levelling Up Secretary Michael Gove whether Russian President Vladimir Putin could use nuclear weapons. “Yes”, Gove responded, “I think he’s operating according to a set of criteria totally detached from those which you or I would consider to be reasonable or rational”. 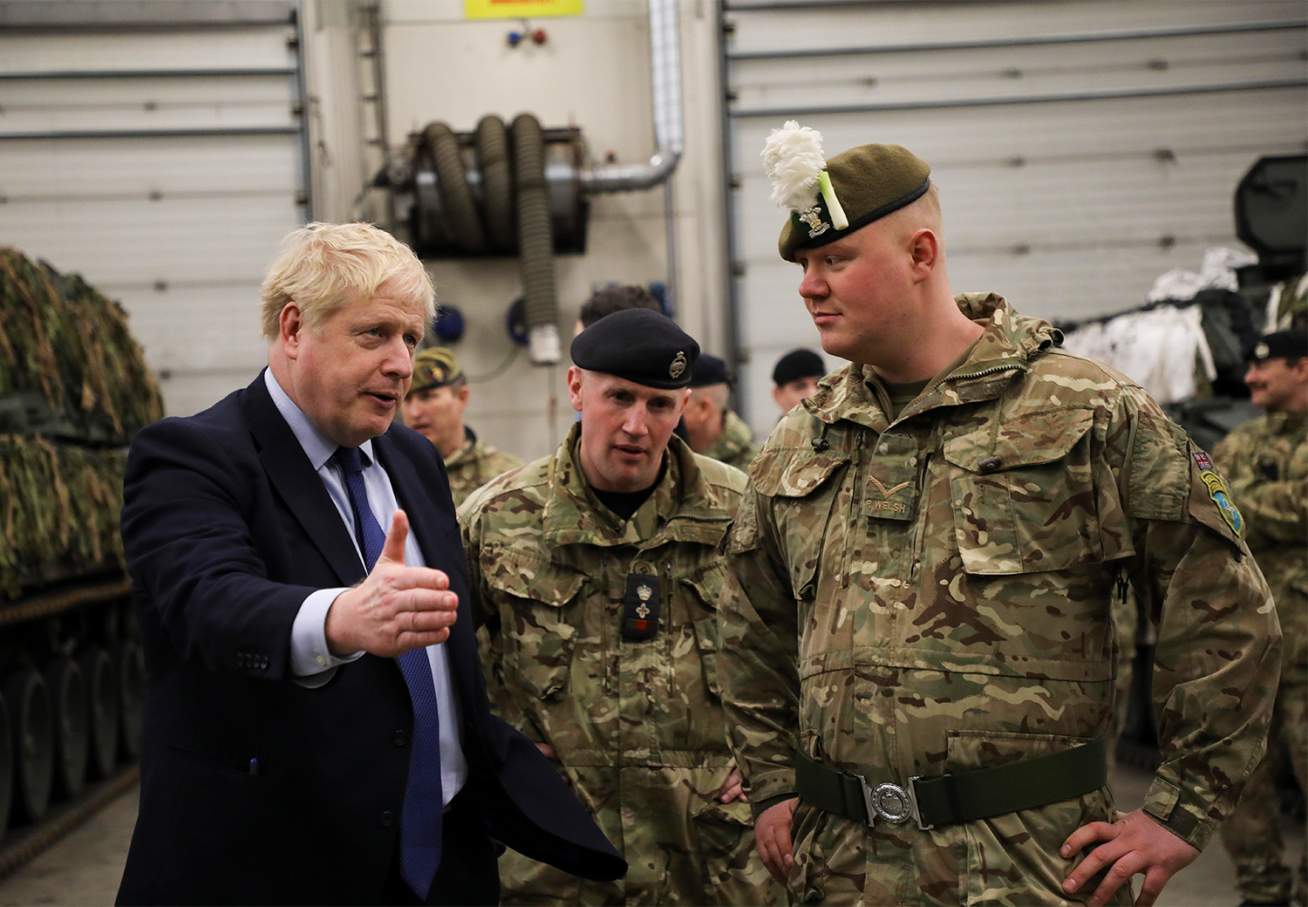 Founded in 1947, the Bulletin of the Atomic Scientists consists of nuclear weapons and other military experts, whose infamous Doomsday Clock approaches or retreats from midnight depending on the global situation. In 2020, the Bulletin dispensed with minutes and moved to seconds. The clock hands are currently 100 seconds from Doomsday.

On 27 February, Putin raised his nuclear ‘deterrent’ level to “a special regime of combat duty”. Bulletin contributor, Daryl G. Kimball, comments: “Nuclear threat rhetoric and orders to raise the operational readiness of Russian or US nuclear forces could be also misinterpreted in ways that lead [the] other side to make nuclear countermoves that lead to a dangerous escalation of tensions and fears of attack.”

Indeed, there is a long history of near-nuclear weapon launches due to escalation, miscommunication, and computer error.

But the MoD has been warning about this for years.

The first publicly-available DCDC document, published during the outgoing Tony Blair administration, predicted trends out to the year 2036. “Accelerating nuclear proliferation will create a more complex and dangerous strategic environment, with the likely clustering of nuclear-armed states in regions that have significant potential for instability or have fears about foreign intervention”, it reads [emphases in original text].

It also says that, “operations that threaten the personal or regime security of autocratic leaderships in nuclear-armed states will entail particular risk”.

Less specific, the now-archived Future Character of Conflict was published in the year that David Cameron became Prime Minister. “The risk of Chemical, Biological, Radiological and Nuclear (CBRN) use will endure; indeed increase, over the long term,” it reads.

Similarly, the fourth edition of the Strategic Trends Programme says: “The likelihood of nuclear weapons usage will increase”.

Keeping in mind that the whole, professed purpose of possessing nukes is so that they never have to be used, the document adds, chillingly: “Some states may view tactical nuclear devices as weapons rather than deterrents”.

Likewise, a November 2015 DCDC report concerning the Baltic Sea Region (BSR) says: “Although there are currently no obvious sub-national groups within Russia, it is a powerful, nuclear armed state. If such an event were to occur” – the rise of rebel breakaway groups – “it would likely be catastrophic to peace and stability, not only in the BSR but in much of the wider world”.

The DCDC’s, The Future Starts Today, was published in 2018 – when Theresa May was Prime Minister. It predicted trends out to 2050.

“The number of nuclear-armed states could rise and increasing investment in tactical nuclear weapons and electromagnetic pulse weapons [EMPs] will increase the risk that nuclear weapons are used,” it says.

EMPs are often triggered when high-altitude nuclear weapons are detonated. They destroy electrical systems and can wreak havoc on civilian and military operations – attempting to disarm your opponents.

The report goes on to note that “nuclear-armed states are in the process of modernising their arsenals” and that “the destructive power of each nuclear warhead has increased significantly since the first atomic weapons were used in World War Two”.

So-called strategic nukes are the powerful, Hiroshima-type weapons, designed for “mutual assured destruction”. But “tactical” weapons are designed to be used in so-called “limited” strikes.

“Russia’s growing emphasis on tactical nuclear weapons could heighten the likelihood that they will be used, perhaps to compensate for gaps in conventional capability,” the reports says, presciently.

It concludes that: “Future weapons could be deployed much more rapidly, reducing the amount of time available to determine if an attack is underway and what the appropriate response should be”.

It cautions that such a scenario “could heighten the risk of miscalculation, such as retaliation in response to a false alert. Since it may be harder in future to distinguish between a conventional or nuclear attack, the risk of nuclear response is also likely to increase.” 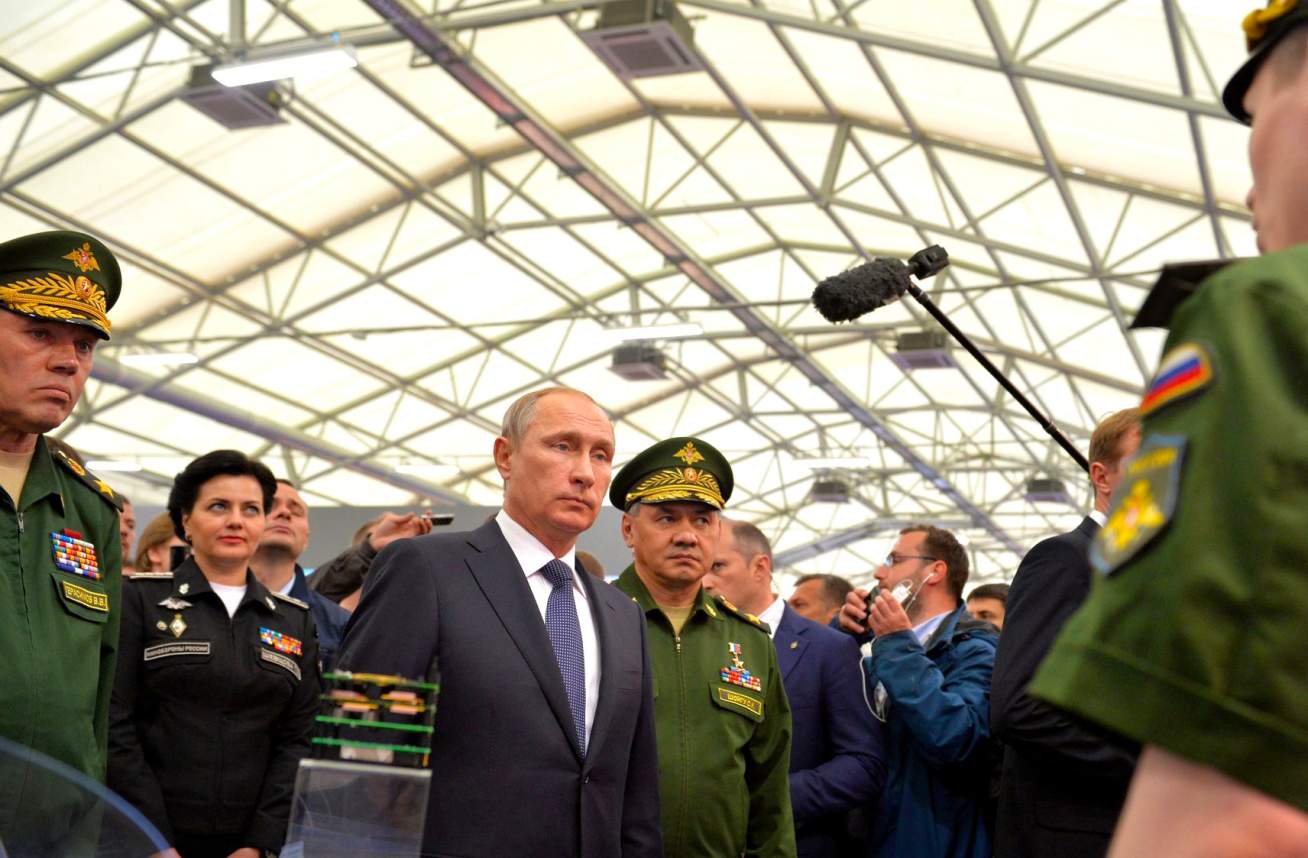 Theresa May’s 2016 comments, that she would not hesitate to murder 100,000 civilians in a nuclear strike, were unsettling enough. But putting the launch codes into the hands of her successor Boris Johnson was another order of magnitude, especially as a new frontier – space – had become a domain of warfare.

A recent DCDC-RAND Corporation projection warns about the “threats of permanent or temporary degradation or denial of satellite capabilities [through]… exo-atmospheric nuclear attacks”.

In other words: a nuclear power could detonate a weapon in high orbit in order to frazzle the electronics in satellites and other orbital systems.

An Anglo-German collaboration further sketches the future of human-machine augmentation. The best that Prime Minister Johnson could do was to joke at the United Nations about living in a future of “pink-eyed terminators and limbless chickens”.

Published in May 2021, the report says: “there are many instances throughout history where people, not machines, have proven to be decisive”.

The implication is that one day, perhaps an informed human will not be present to de-escalate a conflict.

The document concludes: “Today, the risk of over-relying on technology has perhaps never been greater.”

In December 2016, the UN General Assembly adopted a resolution to begin negotiations on a treaty to ban nuclear weapons. 113 nations voted in favour; 35 opposed and 13 abstained. Britain joined Russia, as well as others (including the US and France), in rejecting the treaty.

Last year, under Johnson, the treaty came into force. The UN Association-UK (UNA-UK) explains that, in 2010, Britain agreed to the Non-Proliferation Treaty Conference outcome document, which requires signatories to “consider the legitimate interest of non-nuclear-weapon states”. The UNA-UK comments that: “The UK’s lack of engagement towards initiatives led by these states has … been surprising and concerning”.

While the media rightly focus on and criticises Putin’s illegal and immoral invasion of Ukraine, we should remember that successive Conservative governments have been wilfully ignorant to our new nuclear realities – risking the fatal, global escalation of violence.