The Private Members Bill promises to ensure the specific needs of people with Down syndrome are considered – but parents, campaigners and people with learning disabilities are sceptical about what the law will achieve and the motives behind it

The Down Syndrome Bill excludes other people with learning disabilities, risks failing to achieve its stated aims and has failed to engage with a wide range of expert voices, disability rights campaigners have warned.

The Private Members Bill, introduced by Conservative MP Liam Fox, aims to ensure that certain health, education, and local authorities take account of the specific needs of people with Down syndrome when exercising their relevant functions. This builds on the Government’s stated commitment to improve outcomes for people with a learning disability.

It has been championed by the National Down Syndrome Policy Group (NDSPG) and has won widespread support from MPs and people with Down syndrome, including activist Heidi Crowter and TV presenter George Webster.

Simone Aspis, Director of Changing Perspectives UK, told Byline Times that “this is a bill that has been organised and pushed by parents of children with Down syndrome. No one with Down syndrome on the NDSPG has engaged in debate with us, people with learning difficulties or anyone else. The whole debate is between the parents”.

While the bill’s aims are laudable, many people have pointed out that legislation exists to ensure that people with Down syndrome don’t experience discrimination and can access care and support. The problem is that current legislation is not enforced – something which critics worry won’t be solved by bringing in a new law, as Aspis explained. “We should all work together to improve what we already have,” she said. “The legislation is not being complied with”.

Further, because the bill does not provide any new funding, it’s difficult to see what it will ultimately achieve for people with Down syndrome and their carers. The Local Government Association said: “Any new statutory duty in the Down Syndrome Bill will need to be accompanied by new funding in line with the New Burdens Doctrine”.

The NDSPG’s website states: “The NDSPG supports the Down Syndrome Bill because current legislation does not lead to the best outcomes for which it was intended and in many cases local authorities do not provide the required support due to a lack of knowledge and understanding about the specific support that is most beneficial to people with Down syndrome”.

The NDSPG provides the secretariat for the newly-formed APPG on Down syndrome. Currently, it has no profile on Companies House and uses crowdfunding platforms to raise money for its activities. It told Byline Times it “has a bank account in its name into which any funding is received. All monies used from that bank account are utilised for the purposes of supporting NDSPG work. All members of the NDSPG are volunteers and no member or charitable organisation to which they are associated receives funds from the NDSPG”.

Central to concerns about the bill are fears that it reverts to a diagnostic rather than needs based model when supporting people with learning disabilities.

“Legislation by diagnosis and not by need is not going to work,” Stephen Unwin told Byline Times. Unwin is the father of a young man with severe learning disabilities. “What we need is legislation that provides better services and support for all learning-disabled people, not just those with a specific diagnosis.”

Unwin’s analysis is backed by Ramandeep Kaur, whose teenage son has Down syndrome. “What stood out is that the bill was exclusionary,” she said. “The problems people with Down syndrome have with accessing support is the same as everyone else with a learning disability”.

“The fact that it’s based on diagnosis is problematic,” she continued. “Because even people with Down syndrome, every person is an individual. They’ve all got individual needs, they don’t all follow the same medical and care pathway, or learn the same way or have the same levels of independence. It feels very blinkered”.

Dr Kieron Smith agrees. His daughter has Down syndrome, and he told Byline Times that “we were moving away” from a medicalised model, instead “saying we want the individual needs of people, whether they have Down syndrome or not, to be considered”. Returning to “a blanket diagnosis approach” he warned, could lead to “a new form of institutionalisation”.

The NDSPG said on its website: “We see the impact of the bill as actually being beneficial to other disabilities, as with greater recognition of the specific needs – which the bill seeks to achieve – there will be a greater awareness of the need to adapt provision to the needs of the individual”. 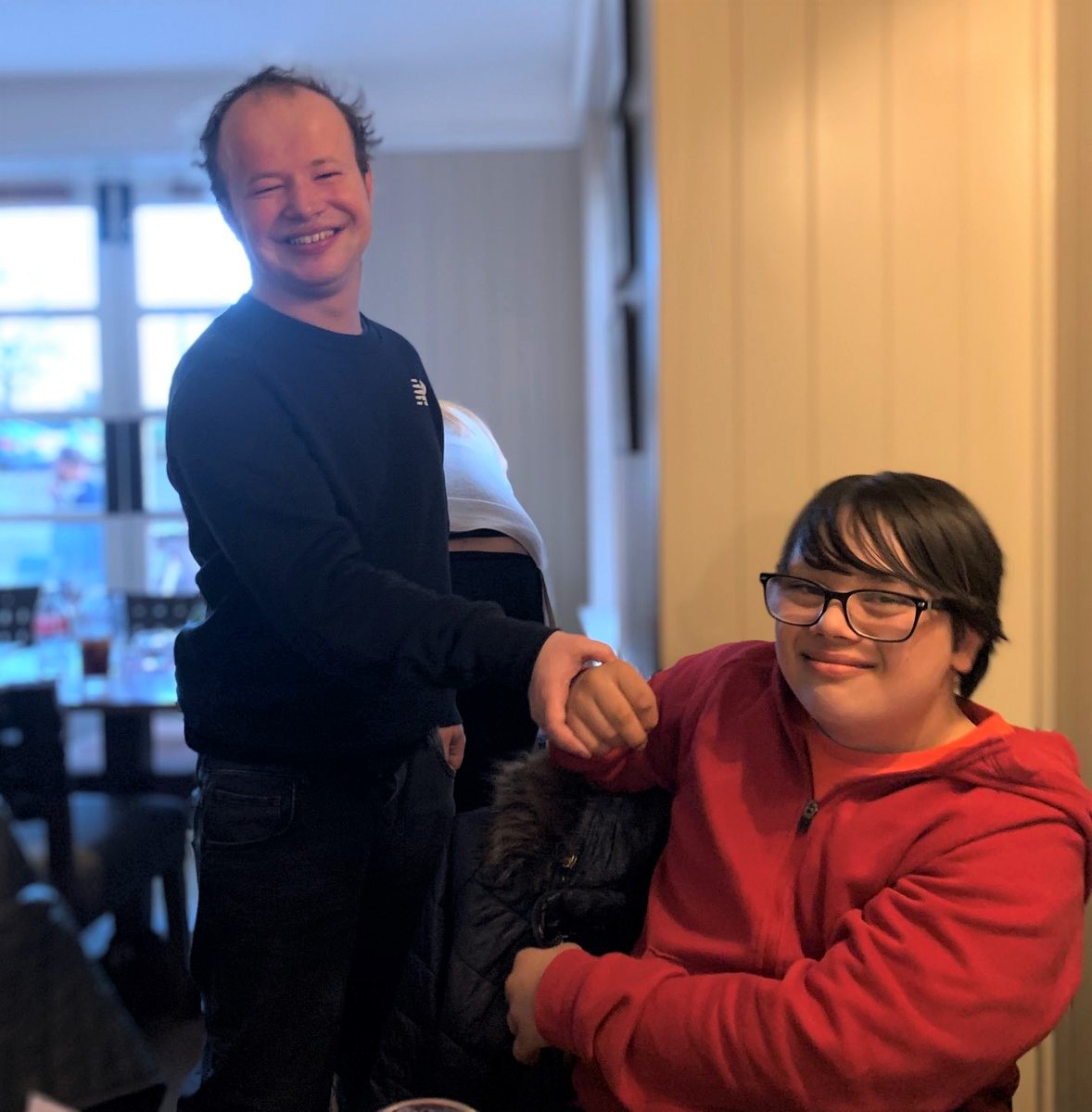 Reason Not the NeedThe ‘Down Syndrome Bill’ is a Retrograde Step

Carol Boys told Byline Times that “we feel sad we weren’t invited to be involved in the development of the bill. The first we heard about it was on the day of its first reading”.

This lack of debate and conversation with people with learning difficulties has been a feature, according to the parents and campaigners Byline Times has spoken to. Simone Aspis explained how the debate seemed to be happening between parents, not people living with learning difficulties. Dr Kieron Smith said that Liam Fox had not responded to questions, and the NDSPG “didn’t seem to respond to any questions that were being asked by parents questioning the need for the bill”.

“The first time I heard about this bill was on social media,” said Kaur. She was concerned that the Down Syndrome Association had not been included. “It is a key player, its members are the experts in the field”.

The NDSPG told Byline Times: “We have started a range of initiatives to capture broad views to input to the Government’s consultation process ahead of guidance being issued”. It also directed Byline Times to its FAQs, which state: “a Private Members Bill is promoted by an individual MP the usual consultation process of a standard Bill of Parliament does not apply. The NDSPG worked with Dr Liam Fox MP’s team to provide the initial drafting of the Bill which reflected the discussions with the APPG”.

Some parents and campaigners have also raised concerns that the bill won support from anti-abortion voices – even though the bill does not mention abortion or propose any changes to the abortion laws.

The Orthodox Conservatives group praised the bill’s passing as “amazing news” and tweeted the bill keeps “innocent life inside the womb” “safe from harm”. This is inaccurate – the bill does not restrict abortion in cases of foetal disability. The organisation has criticised disability rights campaigners for “wanting to abort children with Down syndrome up until birth”.

The anti-abortion charity CARE has called on MPs “to not be content with supporting this Bill but consider the message being sent through disability provisions in abortion law and repeal them”, suggesting it is being seen as a gateway to rolling back abortion rights.

The bill has also been supported by the right-wing Turning Point UK – a branch of the pro-Trump, anti-abortion Turning Point USA. Jack Ross, of Turning Point UK and the conservative think-tank the Bow Group, has a brother with Down syndrome and has posed for photos with Liam Fox celebrating its progression through Parliament. His parents co-founded the NDSPG. TPUK’s current Chief Operating Officer Nick Tenconi has also posed with Fox and lent his support to the bill.

The NDSPG told Byline Times that it “has no affiliation with groups mentioned – our website contains details of organisations that we work with as well as those actively supporting the NDSPG”.

One expert in the field, who wished to remain anonymous, explained to Byline Times, “many of the groups involved with the NDSPG have been intimately involved in campaigns to reform the Abortion Act and have opposed prenatal screening to determine whether a foetus has Down syndrome. It feels like Down syndrome is being instrumentalised as an issue by anti-abortion campaigners so they can push back on reproductive rights”.

The campaigner has heard examples where pro-choice parents of children with Down syndrome or other chromosomal conditions have been told they are “dishonouring your child to defend the rights of women”.

The bill returns to the House of Lords on 18 March, days after the campaigner Heidi Crowter takes her case to change the laws on abortion in cases of foetal anomaly to the Court of Appeal. She is represented by Paul Conrathe, a Christian lawyer who has previously been involved in anti-abortion legal battles.

The NDSPG responded to a request for comment by saying it did not feel it was constructive to engage with this article and instead shared its FAQs page. Where appropriate, information from the FAQs page has been included in the above. Liam Fox did not respond to requests for comment.