Just how much cash have ministers given Murdoch, the Mail and Co to help them through the pandemic? Brian Cathcart investigates

Rarely mentioned in the news media since it began, Boris Johnson’s Government has been quietly paying a special Coronavirus subsidy to the big newspaper groups for nearly two years.

Details are scarce, but the bulk of this taxpayers’ money appears to have gone to organisations that (a) were wealthy enough to survive the crisis without special help and (b) generally support the Government through their partisan journalism.

Just how much has gone to helping the likes of Rupert Murdoch, the Barclay family, Lord Rothermere and Lord Lebedev of Siberia is, as we shall see, a closely guarded secret – but it could be an awful lot. One of the few things we do know is that it was meant to be £35 million for the first three months. It is now in its 23rd month.

The scheme is called ‘All In, All Together’ and was the result of intense lobbying in the first weeks of the pandemic by the club of newspapers known as the News Media Association (NMA). It is unlikely, in fact, that any industry got the begging bowl out more swiftly and more effectively in those spring days of 2020.

Advertising revenues were in free-fall, the NMA argued, and something had to be done to enable the press to continue doing its vital work of informing the public – work that was all the more vital at such a critical time.

A Government as intimately intertwined with the right-wing press as Boris Johnson’s took little persuading, and so then Cabinet Office Minister Michael Gove swiftly arranged with Chancellor Rishi Sunak that pool of £35 million for three months.

Not Just an Ad Campaign

The clever bit, or so we were given to understand, was that the public was getting something in return, because All In, All Together was an advertising campaign, supposedly delivering public interest information in the snazzy, eye-catching style that only our national corporate papers can manage.

There were ‘wrap-arounds’ – outer covers for the newspapers carrying public health messages. There were ordinary ads inside too, and there was ‘advertorial’ content – paid-for articles online and in print, delivering allegedly helpful content for readers.

Four quick points here. First, whether the deal included advertising content or not it was undoubtedly a subsidy and both ministers and the press were happy at the time to make that clear. Unequivocally, this taxpayers’ money was being spent to boost the bottom lines of newspaper companies. 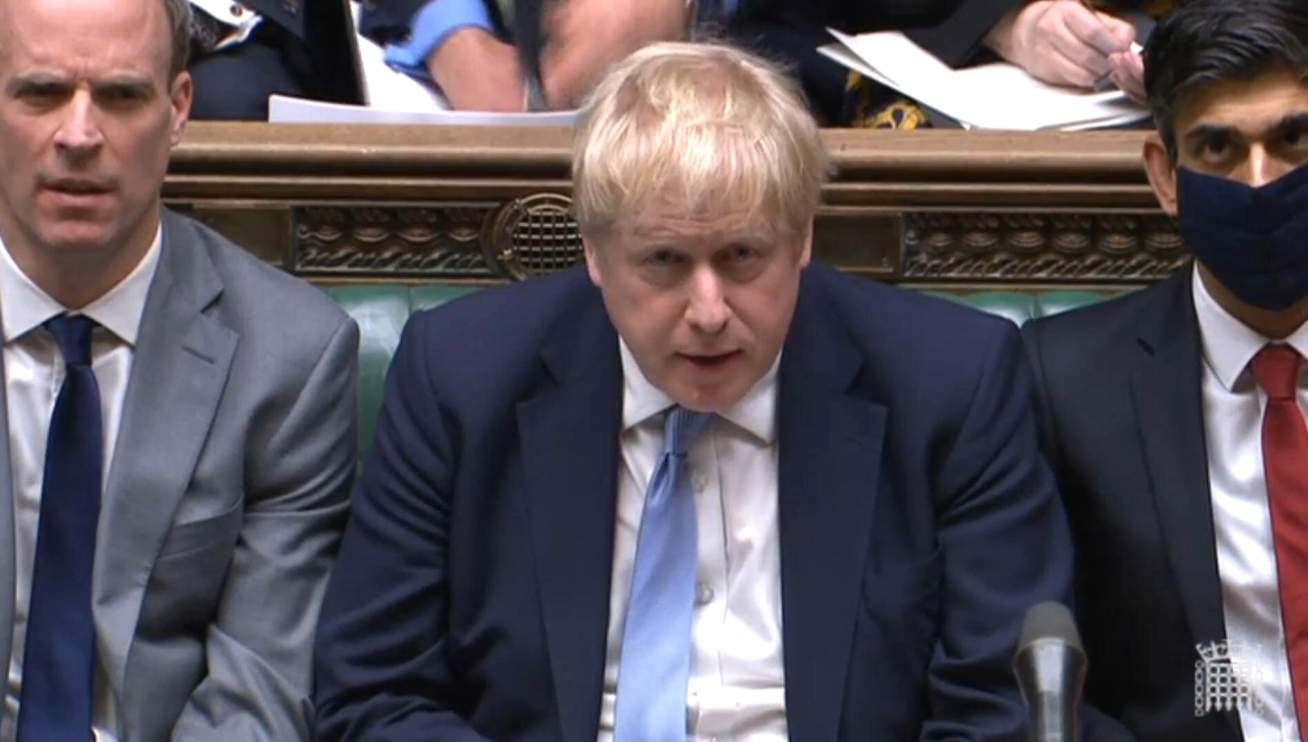 Second, these are news organisations that never fail to remind us of the vital and wonderful public service they provide in keeping us informed. Even on their own terms, in other words, it was their job to tell readers what was going on during the Coronavirus crisis and we could surely have expected them to do it anyway – without a special subsidy.

Third, by design, the money went to big news providers – meaning that (in all likelihood) the chief beneficiaries were the Mail group, the Murdoch group, the Telegraph group and the Mirror group. The first three are owned by billionaires of dubious tax status and the fourth is a large corporation which recently spent £200 million buying the Express newspapers: they may have been among the least deserving cases for public subsidy in the whole country.

And fourth, the journalistic organisations genuinely at risk as a result of COVID were, and are, the small, innovative independents and start-ups – local and niche publications, mostly online – that struggle at the best of times and have no billionaire sugar daddies to bail them out. They were cut out of the All In, All Together deal.

Talk to the Hand

So how much money have we spent lining the pockets of press billionaires? Well, this may be public money, these may be organisations dedicated to telling us facts, and the campaign itself may be about public information, but the money and who got it are top secret. I know because I asked.

I asked the Treasury and it referred me to the Cabinet Office, where an apparently well-disposed person took a surprising amount of time to understand my query and then referred me to the published monthly spending data. When I explained that this data did not answer my question, the correspondence ended.

I tried Newsworks, the advertising arm of the NMA which managed the press end of All In, All Together. It told me it couldn’t help and that I should try the Cabinet Office. I got the same answer from OmniGOV, the spookily named middleman outfit that handles the Government’s advertising needs.

Running out of options, I made a request under the Freedom of Information Act and, in a manner familiar to many journalists, once the requisite 20 working days had elapsed I got the run-around. The spending, I was told, really was accounted for in the monthly Cabinet Office spending data, but sadly it was unable to distinguish between what went on All In, All Together and what was spent on other stuff.

Meanwhile, Liberal Democrat MP Daisy Cooper had tabled a written question in Parliament about spending on All In, All Together. No joy there either.

In all this welter of undemocratic unhelpfulness two things are certain: 1) there are people in Government and the press who know exactly how much of our money has been spent on this shameful scheme and who has benefited; and 2) they are very determined to prevent the public from finding out.

Can we guess? We have a few clues.

To start with, there is the initial budget of £35 million over three months. If we accept, and there is outward evidence to suggest it, that the spending was highest in those early months and then slowly tapered off, we might guess at a total spend over 23 months of perhaps £100 million. That might be on the high side, but it might not.

The Cabinet Office was keen to point me to its monthly spending data. There, if you rummage around, you can find listed a great many payments for Coronavirus-related advertising to Manning Gottlieb, the global agency that owns OmniGOV. Add up those payments in the first three months and you get not £35 million, but £63 million.

Now that may be more than the announced budget because it contains elements not covered by All In, All Together, or it may just be a whopping 80% overspend. In which case, a total of £100 million for the whole project would probably be a serious underestimate.

Bear in mind here the profligate Government overspending across a broad front during 2020 and 2021 – billions given to cronies, billions written off for fraud. We have no reason to assume that All In, All Together – which, after all, was just another scheme designed to benefit the Government’s chums – was any different.

So we know the scheme appears to be corrupt, but was it £35 million worth of corruption? £100 million? Perhaps £200 million? Or even more?