Those still supporting the Prime Minister are engaging in a flagrant attack on British democracy and its constitution, says Brian Cathcart

A week ago in Burkina Faso, a group of soldiers kidnapped the president, seized the television station and suspended the constitution. It was a coup d’état.

In the UK, things happen differently. There is no need for kidnapping, no need to capture the BBC, and of course no written constitution to suspend.

All you need if you want unaccountable power, it turns out, is a readiness to lie brazenly, some compliant police, and a sufficient number of MPs ready to look the other way.

Every precedent tells us – and precedent is the nearest this country has to a constitution – that Boris Johnson should have ceased to be Prime Minister a long time ago. By his conduct, and notably by his lies, he has rendered his electoral mandate void, and by clinging to office without legitimacy he is perpetrating his own coup d’état.

So frequently and so outrageously has he lied to the country that there can be no one left, even in his own party, who sincerely believes that his word can be trusted.

To take just one example among the many relating to the scandal of the Downing Street parties, on 8 December he assured the House of Commons that he was “sickened and furious” to discover that his staff had taken Coronavirus rules “less than seriously”. Given all he has since been forced to admit, that was obviously a lie – he could not have been “sickened and furious” because he already knew what had been going on. 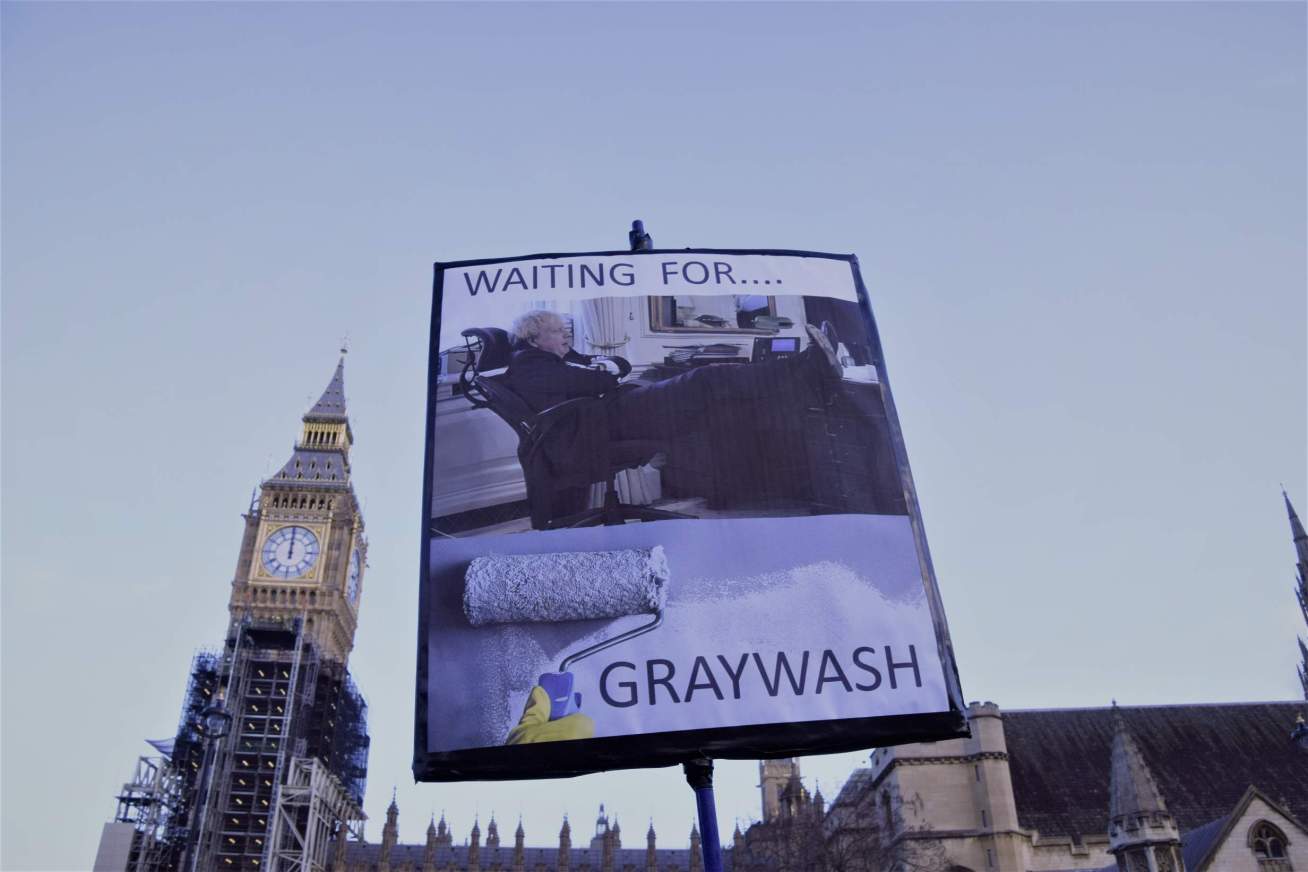 As we know, the precedents say – and so the constitution states – that when ministers are caught lying to Parliament, they must apologise; and when the lies are significant they must resign. Johnson is still in office today for two reasons: because Conservative MPs have chosen to turn their backs on Britain’s constitution, and because the police failed to uphold the law.

The Conservatives have no arguments – they simply cannot defend him or justify what they are doing, as their desperate distractions and whataboutery reveal. Yet, they refuse again and again to do what precedent demands.

In any other age, Sue Gray’s report would probably not even have been necessary – Johnson would already have gone. But if such a report had ever previously been published, any government would surely have fallen within the hour. Instead, we have had to watch Johnson persistently misrepresent what the – heavily redacted – report said; while his backbenchers, almost to a man and woman, blithely accepted this latest wave of lies.

Again and again, he stood at the despatch box in the Commons today and said we must wait for the outcome of the police investigation – just as he had told us we had to wait for Sue Gray’s ‘independent’ findings. We are on notice: if and when the Metropolitan Police eventually reveals its findings, Johnson will wrap them in even more lies and his backbenchers will applaud him for it.

‘Good Chaps’ Left the Buildinga While Ago, BritainIt’s Time to Wake Up

The sustained refusal of the Met Police to investigate the Downing Street parties should be the subject of an inquiry in its own right, but it obviously won’t because – again – Conservative MPs would prefer to look the other way. That the Met is now on the case inspires no confidence and any criticisms that emerge will not dent Johnson’s shamelessness.

Where is the force of gravity? What power can bring him down? The simple answer is that there is none. These people have looked at the unwritten constitution and they have found nothing in it to restrain them.