The Prime Minister accused his opponents of ‘Russophobia’ for asking about donations to the Conservative Party from individuals linked to Russia, reports Adam Bienkov

Boris Johnson on Tuesday announced limited sanctions against Russian banks and individuals, saying that he was determined to “clamp down on Russian money in the UK”.

However, when repeatedly pushed in the House of Commons to extend this new “clampdown” to donors to the Conservative Party, Johnson refused.

Asked why his party had accepted hundreds of thousands of pounds from the wife of one of Russian President Vladimir Putin’s former ministers, Johnson insisted that all donors to the party were born in the UK. He then suggested that those attempting to raise the issue were guilty of “Russophobia”.

“What I don’t think we should see… listening to some of the contributions this morning, we should not allow our indignation, our rage at what is happening in Ukraine to spill over into casual Russophobia, Mr Speaker”, the Prime Minister said.

Johnson has repeatedly defended the Conservative Party’s decision to accept funding from individuals linked to Russia.

Since he became its leader, the Conservative Party has accepted £2 million from such individuals, with a quarter of his own Cabinet receiving donations from them. 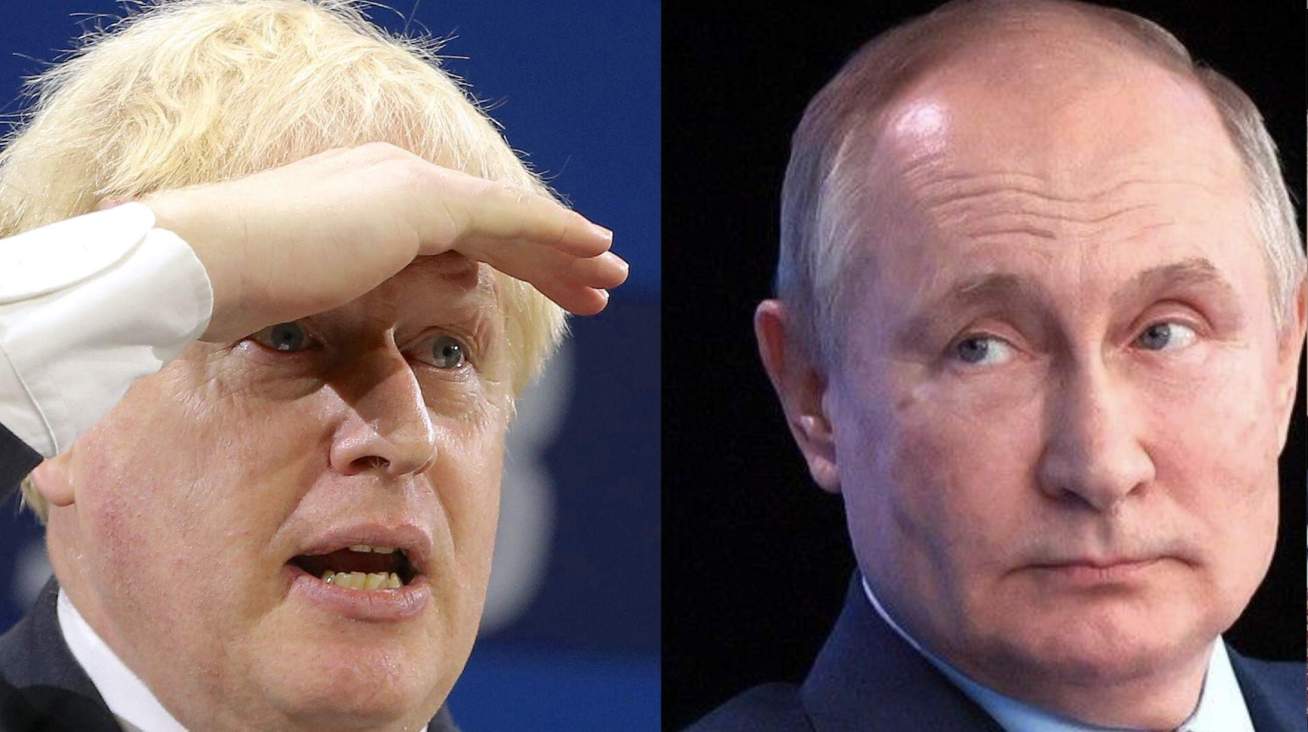 Johnson is Turning the UKinto a Global Embarrassment

He has previously defended his decision to take part in a tennis match with Lubov Chernukhin, whose husband Vladimir was previously Putin’s finance minister, in exchange for her £160,000 donation to the party.

The Foreign Secretary Liz Truss was on Wednesday shown a photo of her standing beside Chernukhin, by the BBC, and asked if the Conservative Party would return any of the money received from individuals linked to Putin.

While saying that “nothing was off the table,” when it came to targeting those with links to Putin, she insisted that Chernukhin and all other Conservative donors were on the electoral register and added that “I think it’s very important we don’t conflate people with Russian heritage, with people close to the Putin regime.”

Johnson’s own ties to Russian money have also come under scrutiny. He has long had a close relationship with the newspaper mogul Evgeny Lebedev, who is the son of the Russian oligarch and former KGB agent, Alexander Lebedev.

Johnson was repeatedly hosted by Evgeny Lebedev at his Italian villa, while he was Mayor of London, for what his spokesman described as “purely personal” trips. As Byline Times has previously documented, Italian newspaper reports suggested that Johnson shook off his accompanying police protection officers in order to attend what were described as “X-rated” parties at the villa.

Following this hospitality from Lebedev, whose newspaper the Evening Standard, supported his re-election as London Mayor, Johnson then overruled advice from the House of Lords Appointments Commission in order to hand him a peerage.

Lebedev has since failed to take part in a single vote in the House of Lords, Insider’s Cat Neilan reported on Tuesday.

Johnson’s new-found commitment to revealing the influence of Russian money in the UK was also missing when he decided to block the publication of a report on Russian interference in the UK.

The Prime Minister repeatedly refused to allow publication of the report by Parliament’s Intelligence and Security Committee in the run-up to the 2019 General Election. The Times quoted sources suggesting that his resistance was due to “embarrassing” links the committee had discovered between Conservative Party donors and the Kremlin.

Key recommendations in the report have still not been implemented by Johnson’s Government. Pushed on Tuesday about why it had not implemented the report in full, Johnson told the Commons that the sanctions he had announced “go further than that report”.

However, when asked to commit to an independent investigation into Russian attempts to interfere in UK elections, Johnson said that he was “not aware of any” such attempts.