Has Keir Starmer Sold Out Pro-Europeans on Brexit?

Some Labour MPs fear their leader is content to stand by while the UK drifts towards economic disaster, reports Adam Bienkov

In the wake of Britain’s vote to leave the European Union in 2016, Labour’s then Shadow Chancellor John McDonnell said it was time for his party to embrace the “enormous opportunities” of Brexit.

“Labour accepts the referendum result as the voice of the majority and we must embrace the enormous opportunities to reshape our country that Brexit has opened for us,” he said, before adding that “it is time we all were more positive about Brexit.”

McDonnell’s comments led to a wave of outrage from many in the Labour Party, including its then Shadow Brexit Secretary Keir Starmer. At the time, the Guardian reported sources saying that Starmer was “furious” about McDonnell’s intervention.

In the years that followed, Starmer continued to position himself as the most pro-European member of Jeremy Corbyn’s Shadow Cabinet.

His decision to defy Corbyn and back a second referendum was instrumental in pushing the party into changing its policy in the run-up to the 2019 General Election. It was also a key factor in winning over the largely pro-European membership of the Labour Party, which later overwhelmingly backed Starmer for leader.

However, fast-forward to 2022 and Starmer can now be heard using very similar terms to those which he was supposedly so “furious” about McDonnell voicing back in 2016.

Speaking to BBC Newcastle on Monday, Starmer ruled out any prospect of the UK ever returning to the EU and echoed McDonnell in insisting that the country must embrace the “opportunities” of Brexit.

“We’ve exited the EU and we’re not going back,” Starmer said, adding that “there is no case for re-joining.”

In the clearest echo of McDonnell, he went on to say: “I want to make sure that we take advantage of the opportunities [from Brexit].”

Starmer’s comments led to some pushback on social media from some pro-European supporters of the party. The SNP also seized on the comments, with its Westminster leader Ian Blackford saying that Starmer’s “shoddy attempt to win back votes in England” meant it had “completely abandoned” Scottish voters who want to re-join the EU.

However, while the tone of Starmer’s latest comments did upset some in the party, most Labour MPs seem reconciled to the current position.

One leading pro-European Labour MP and supporter of Starmer told Byline Times that most members are now “realistic” about the prospect of the UK ever returning to the EU.

“You couldn’t be any more pro-European than I am,” Ben Bradshaw said. “I’m still traumatised by Brexit. I think it was the worst historic mistake that any democracy has made in the last few decades. So I can understand the trauma [some in the party] feel, but it’s just not politically realistic.

“There just isn’t any prospect [of re-joining]. Even the Liberal Democrats aren’t calling for us to re-join the European Union and won’t at the next election.”

‘Another Future is Possible’

When Keir Starmer ran to become Labour Leader he did so with the slogan ‘Another Future is Possible’.

However, with Brexit already causing serious failures in UK supply chains and growing instability in Northern Ireland, some Labour MPs believe he is missing what could be his best opportunity to push for that alternative future.

“What’s been delivered on Brexit has been an economic disaster,” Labour MP Clive Lewis told Byline Times. “And we should be calling that out and laying down the groundwork for what an alternative would look like and we’re just not doing that.”

Lewis, who resigned from Corbyn’s Shadow Cabinet over the party’s support for triggering Article 50, said it is simply not tenable for Labour to continue claiming that there are “opportunities” available from the current Brexit settlement.

“You can only polish a turd so far,” Lewis added. “And this current Brexit deal is a rather large turd.”

One factor dictating Labour’s current position is the fact that the majority of seats Labour needs to win at the next general election are broadly pro-Brexit.

This is a factor that is well understood by the Conservative Party. In the 2019 General Election, Boris Johnson’s party successfully used Labour’s support for a second referendum in order to paint it as seeking to thwart what the Tories described as the “will of the people”.

Johnson continues to exploit this perception, regularly bringing up Starmer’s past opposition to Brexit during their weekly clashes at Prime Minister’s Questions. For this reason, Starmer’s supporters believe that he is right to set aside his previous pro-European positions.

“There’s no point being in politics in a democracy unless you’re prepared to do what you need to do to win elections,” Bradshaw told Byline Times.

Even some of Starmer’s biggest critics in the party believe that Labour’s current policy on Brexit makes sense.

“If only he’d realised this before,” Schneider added. 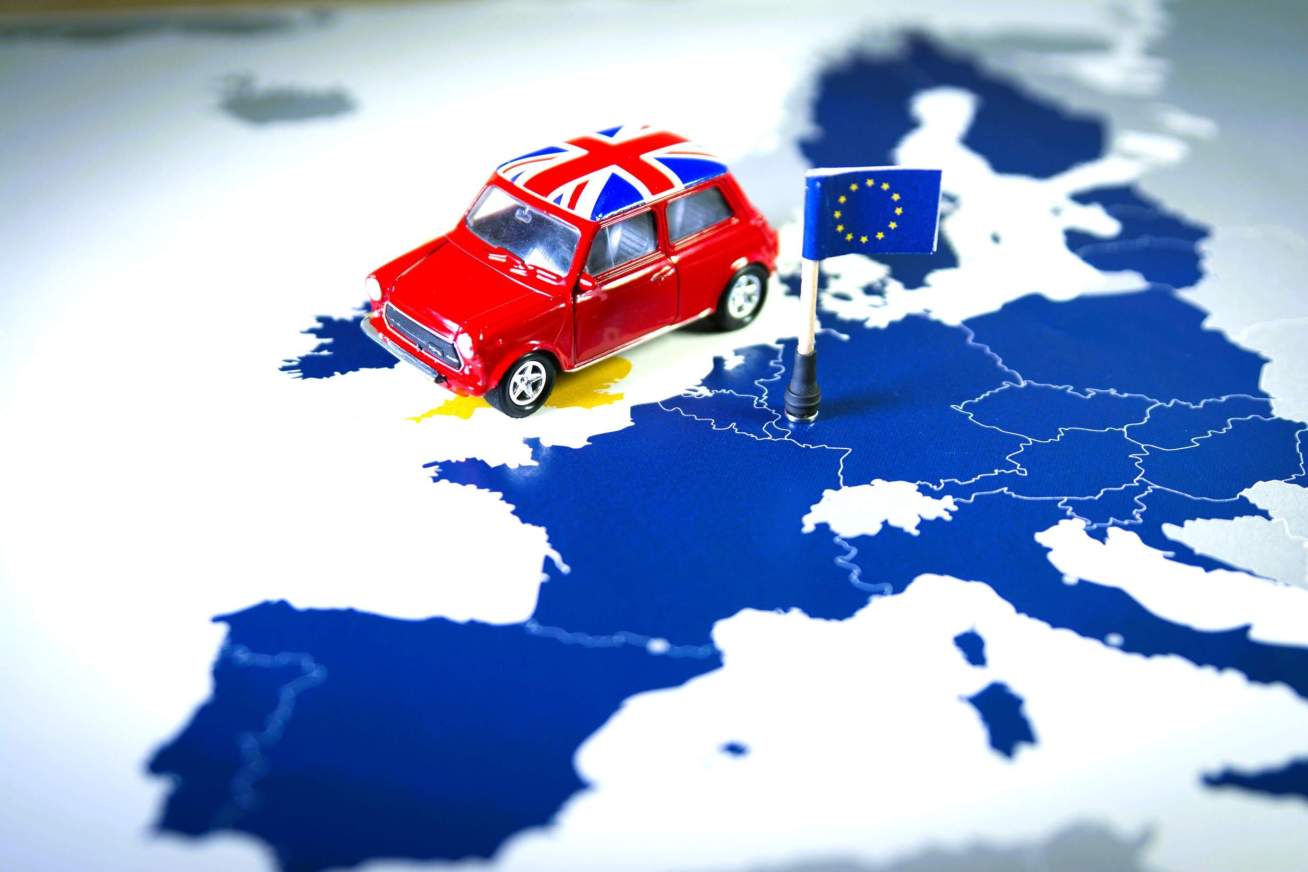 Keir Starmer ran for the leadership on a promise not to abandon the radicalism of his predecessor.

In a message to party members, he said that “we need to start winning elections again”, but insisted that “we won’t do that by abandoning our values or the radicalism we have rediscovered”.

However, for James Schneider, Starmer’s about-turn on Brexit is one of many areas on which he has appeared willing to abandon the radicalism he promised, in order to gain power.

“He’s shown that he is not really a man of principles and conviction judging by what he won the leadership election on, versus what’s happened afterwards,” Schneider said. “So no, I don’t think it’s surprising at all.”

Since becoming leader, Starmer has gone back on a series of pledges that he made to Labour Party members during his leadership campaign.

In particular, he abandoned his previous support for nationalising utility companies, as well as supporting the free movement of people – both of which featured in his ’10 pledges’ to Labour members.

This has led to some accusing him of a deliberate attempt to hoodwink his own party.

However, Schneider believes that while there “must be a degree of cynicism” in Starmer’s decision to drop his pledges on issues like Brexit, it is also possible that he never really had particularly strong views on them in the first place.

“It’s very funny actually because I remember at the time reading the pledges and everyone going ‘oh, you know, this is a Corbynite charter’ but actually they were quite carefully worded,” he told Byline Times.

“What’s important is what’s missing – and that shows you the direction. So, for example, the pledges talk about scrapping tuition fees, but it doesn’t say free education, and the same on using ‘common ownership’ rather than nationalisation. So you could see where they were going.

“Of course it’s possible that he only thought he supported these things at the time because he doesn’t really have very firm politics.”

This is also a common refrain among some Labour MPs, who accuse Starmer of lacking a clear identifiable ideology and plan for government.

“The thing is he’s not really a politician, he’s an administrator,” one Labour MP who is critical of Starmer, told Byline Times. “And the project that Keir has adopted is basically to accept the parameters of the political and economic settlement as it has been for the last 50 years and to simply be a better manager of that.

“So therefore it follows logically that he is going to have the same approach to Brexit, which is basically to say ‘it’s happened, it’s a reality, we now need to make it work’.”

For Labour’s many pro-European members, Starmer’s apparent reluctance to talk about Brexit, let alone to consider its reversal, has been a bitter disappointment. But others in the party believe he would ultimately alter his position once again, if he gets the party back into government.

“I think what they’re probably wanting to do is to [push for a closer relationship] in an underhand way,” one Labour MP told Byline Times. “The idea is that you push for these things once you get into power. However, the problem is that you only build your own cage by doing it that way. What you really need to do is be honest and make the arguments beforehand.”

Despite these fears, the majority of Labour MPs remain convinced that the party’s current opposition to reversing Brexit is wise, even if Starmer does change his stance again further down the line.

“If there was suddenly a massive sea change in British public opinion, and the public was clamouring for us to think about joining the single market or the customs union then that may be something that Labour would respond to,” Ben Bradshaw told Byline Times.

“But it’s just not there at the moment.”