A new report estimates plans laid out in the Nationality and Borders Bill could cost £2.7 billion a year – but allowing people seeking asylum to work could boost UK economy

The cost of new immigration measures in the Nationality and Borders Bill could reach £2.7 billion a year, according to calculations from the organisation Refugees Together.

The figure includes the costs of new powers to remove people (£117.4 million), increased use of accommodation centres (£717.6 million), increased imprisonment of those judged to have entered the UK illegally (£432 million) and £1.5 million on temporary protection status processing.

The final £1.44 billion covers the cost of offshore processing, a controversial plan to detain people seeking asylum overseas while determining whether or not to grant them the right to come to the UK. The Home Office has spoken of numerous countries where offshore processing could take place, including Rwanda, Ghana and Albania – however so far all the countries named have said there are no plans to implement the policy.

Offshore processing is modelled on the Australian system where people seeking asylum have been detained in places like the Republic of Nauru and Manus Island – a province of Papua New Guinea. The cost of offshore detention to the Australian Government is estimated to be in excess of $573,000 per offshore person, per year.

Sabir Zazai, Together With Refugees spokesperson, CEO of coalition member Scottish Refugee Council and a refugee himself said: “This is an astonishing amount of additional public money for the unworkable and cruel proposals in the Bill – enough to pay for more than 80,000 NHS nurses a year.”

During a period where the public is being urged to tighten its belts, where Universal Credit has been cut for some of the poorest in society, and where the Treasury is hinting that money may not be available much longer to cover essentials like Coronavirus testing and self-isolation payments, £2.7 billion on creating a more draconian immigration system is a lot of money.

This is especially true when compared to how a different approach to asylum could boost the economy rather than take out of it.

Currently, people seeking asylum are housed either in the community where they receive a £39.63 weekly allowance and their housing costs are paid for; in temporary accommodation such as a hotel with an £8 weekly allowance; or in detention. They are not permitted to work.

The cost of offshore detention to the Australian Government is estimated to be in excess of $573,000 per offshore person, per year.

But according to data from Refugee Rights, reversing the work ban could have a positive impact on the UK economy. It found that allowing people seeking asylum to access paid employment would provide the UK economy with an estimated net gain of £97.8 million a year.

This is because not only would people seeking asylum be paying taxes on their earnings and have more disposable income to spend in the economy, they would be less dependent on benefits and allowances. Such a change would not be unprecedented – in most European countries the ban on work only lasts six months, and this was the case in the UK until 2002.

The ban on work has longer-term impacts both on people seeking asylum and on the economy. The longer someone is out of work, the harder it can be to find a job once the ban is lifted and a person is granted leave to remain. This means that many people with refugee status can end up underemployed, stuck with low pay, unsocial hours, and temporary contracts.

As a result, they have less disposable income and may be more dependent on benefits such as Universal Credit. Others may end up in the informal economy where they could be at risk of exploitation. While it can be a lifeline for those unable to find work, the informal economy causes a loss of revenue for the state in terms of non-payment of income tax, national insurance and VAT.

Due to the chronic delays in the UK’s asylum system, people can be left in limbo for months or even years. According to Refugee Action, in 2020 a total of 33,016 people waited longer for a year for their asylum decision. That means more than a year living with uncertainty, unable to work, and dependent on the weekly allowance. A study published in Switzerland found that each additional year of waiting in asylum-decision limbo reduces refugees’ employment rate by four to five percentage points. 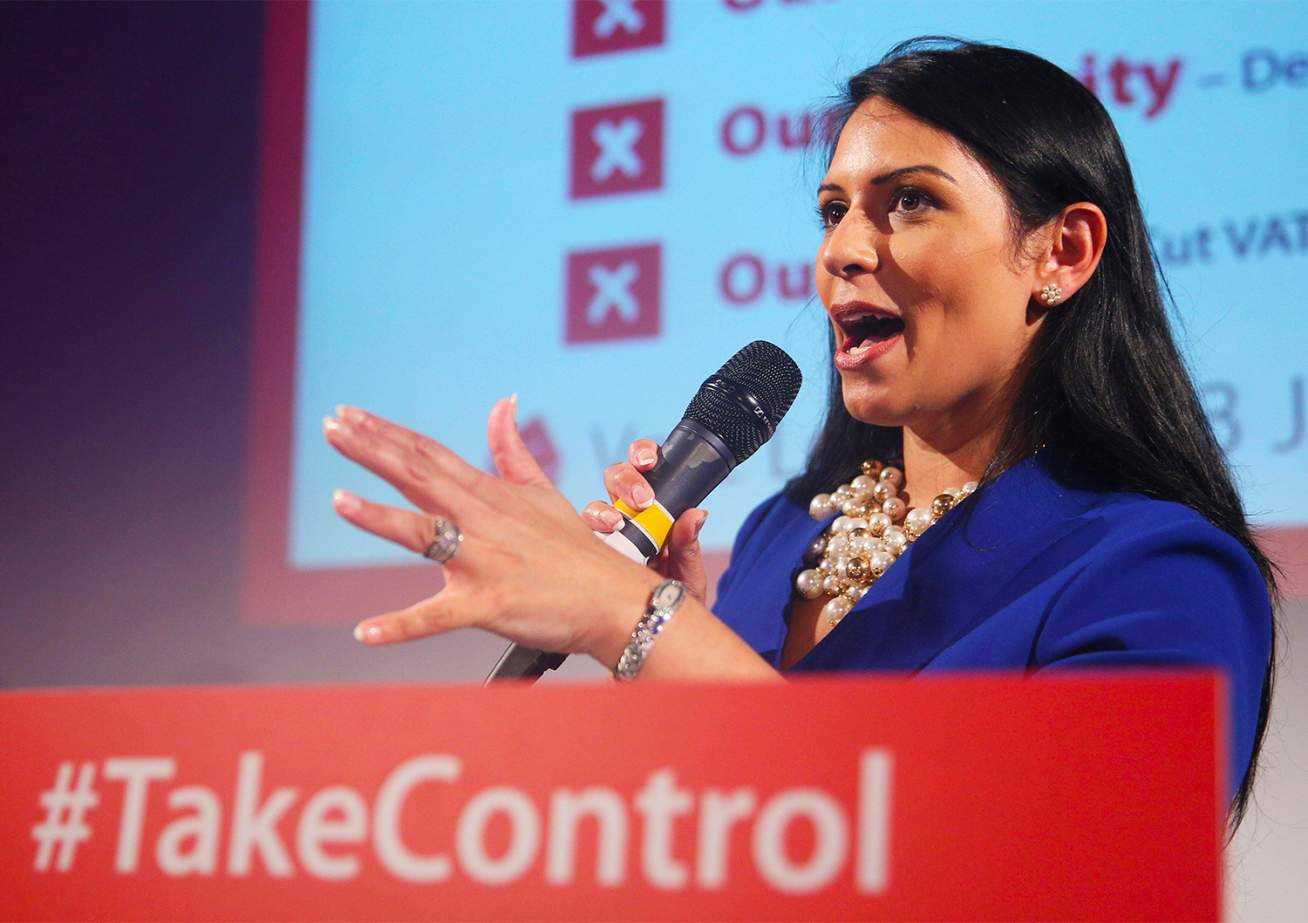 Catch-22? Why the Nationality and Borders Bill Risks Failing on its Stated Aims

The increased use of prisons, detention centres and potential offshore processing also takes money out of the UK economy. While the weekly allowance paid to people seeking asylum is small and delivered on a pre-pay card, that money is spent in the local community – helping to boost the local economy. When people are detained or offshore, however, that money is not coming back into local shops and services.

According to a US study, refugees bring an extra $21,000 to the economy each year via taxes, including of course VAT.

Increasingly, international NGOs are using what is known as “direct cash assistance” when supporting refugees who have been resettled in countries such as Jordan, Lebanon and Turkey – precisely because refugee families spend money locally on essentials such as rent, food and clothing, which boosts the local economy.

Already, the Home Office has confirmed it spends £5 million on temporary accommodation every day to house refugees. It costs an average of £99 per person per day to hold someone in immigration detention.

Even if it wasn’t good for the economy, the moral case for ensuring people seeking asylum have the right to work after six months, and have spending power to support their families, is clear.

Many people take pride and dignity in being able to provide for themselves and their families and are keen to use their skills and expertise to contribute to their local community. Speaking to Channel 4 News, Afghan refugee and former translator for the British Army Mr Faqiri explained: “I feel useless, I don’t want to be on benefits. I want to work, support my family.”

One of the drivers of the direct cash assistance programme from refugee NGOs is precisely because it brings dignity to people by empowering them to make financial decisions for their families rather than being forced to rely on handouts.