Focusing on the current cases against journalists Carole Cadwalladr and Tom Burgis, Manasa Narayanan and Daisy Steinhardt explore how libel laws allow the rich and powerful to silence journalism

Journalism and the justice system are currently intertwined, with two major defamation cases in progress – one against investigative journalist Carole Cadwalladr; and another against Tom Burgis, investigations correspondent for the Financial Times. There is also the extradition case of WikiLeaks founder Julian Assange.

The two defamation claims are particularly significant because of their implications for ‘SLAPP’ (Strategic Lawsuits Against Public Participation) cases and public interest journalism in the UK.

SLAPP are essentially a form of legal harassment, whereby certain laws and judicial frameworks are exploited by rich and/or politically well-connected individuals and organisations to the detriment of their critics – usually journalists, activists and NGO workers.

One of the main vehicles of SLAPP is defamation – also called libel – which is a charge accusing someone of writing something false in a way that harms a person’s public image and causes ‘serious harm’ to their reputation. In effect, political and economic elites can use highly expensive and time-consuming defamation suits against their critics – effectively silencing them.

Cadwalladr was slapped with a libel case by the millionaire businessman Arron Banks in 2019. As of 2018, estimates of his wealth ranged from £100 million to £250 million. Aside from being wealthy, Banks has also been involved in British politics in recent years. As one of the founders of the Leave.EU referendum campaign, he played a pivotal role in the 2016 leave vote and is known for his close links to Nigel Farage.

While Cadwalladr has, over the years, written several pieces about Banks and the Brexit Referendum – with a particular focus on the Leave campaigns – it was a TED talk, during which she made a passing remark about Banks’ “covert relationship with the Russian Government” and an accompanying tweet about the talk that has been the subject of this costly legal suit. 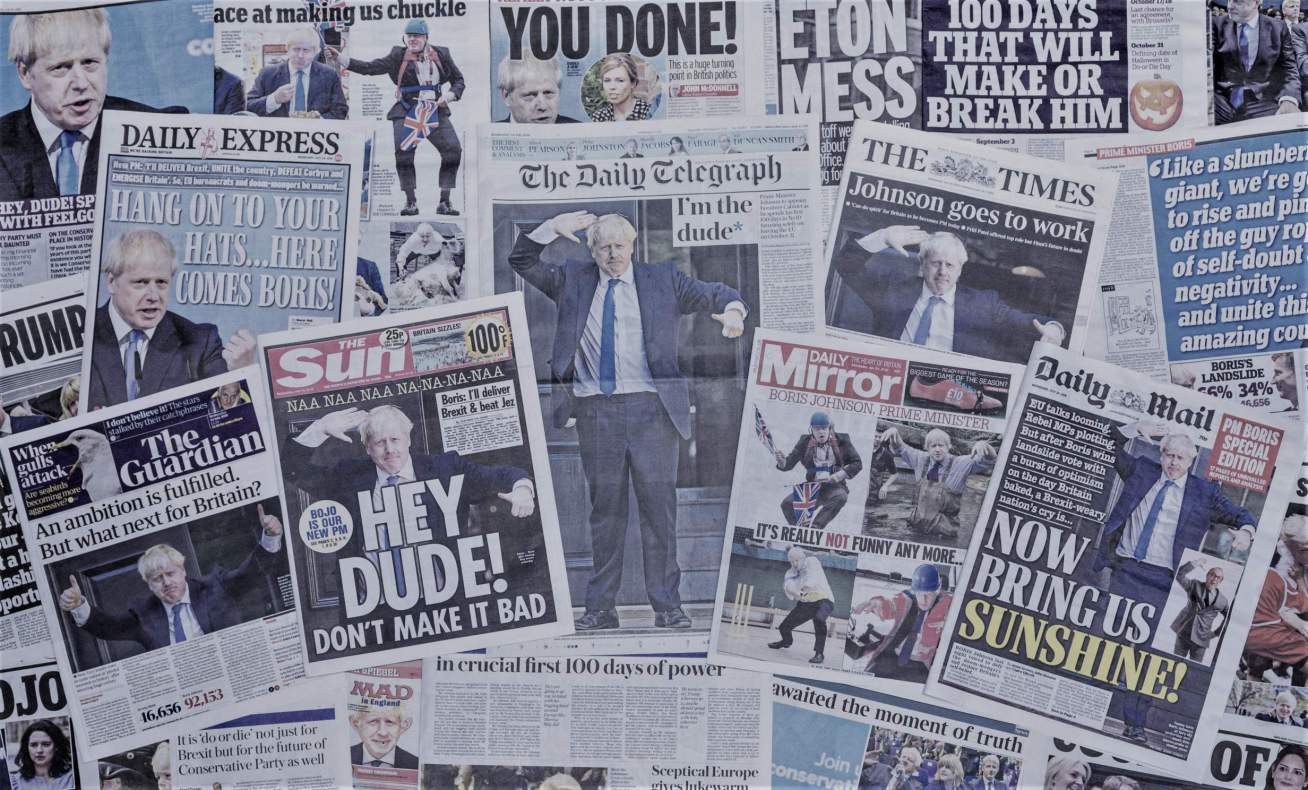 Meanwhile, Burgis faces two lawsuits brought by the Kazakh mining company, Eurasian Natural Resources Corporation (ENRC). In both his reporting and his book, Kleptopia, Burgis talks about kleptocracy – a term used to describe a system in which autocratic states, such as Kazakhstan, use their power and links in places such as London to safeguard their wealth. This is the context in which Burgis reported on the ENRC and now faces libel charges – one against him and his book publisher HarperCollins, and another against him and the Financial Times.

Both of these cases have raised serious concerns about press freedom.

When Cadwalladr’s case went to court last month, 19 organisations, including Reporters Without Borders, declared their support for her – publicly calling Banks’ legal pursuit a SLAPP suit, and reiterating that it was “aimed at intimidating and silencing Cadwalladr” for her journalism.

In Burgis’ case, 15 such organisations released a joint statement to “condemn lawsuits brought by ENRC” against him, HarperCollins and the Financial Times.

Cadwalladr’s case is particularly striking given that, despite writing extensively about Banks and the leave campaign for years for major newspapers, and having made the supposedly defamatory claim in a TED talk, she has been targeted as an individual – leaving her with no institutional support.

Indeed, even though Cadwalladr made claims similar to those made in the TED talk in the Observer newspaper in 2018, Banks did not sue her on that basis. The Observer article had undergone a vetting process by an editorial team, while the production of the TED talk saw the involvement of its own team. Yet, Cadwalladr has been singled out and pursued relentlessly as an individual.

Other organisations, including Channel 4 and the BBC, have conducted extensive investigations into Arron Banks, but do not figure in his fight against disrepute.

One of the defining characteristics of a SLAPP is the stark disparity between the economic and political capital of the claimant and the defendant. This can be seen when comparing Banks to Cadwalladr. While Banks has vast resources to launch a defamation suit, Cadwalladr has been forced to crowdfund her legal costs and is likely to have to declare bankruptcy if she loses.

While the powerful do not have much to lose, for journalists like Carole Cadwalladr and Tom Burgis this is not just about money – their careers and livelihoods are on the line.

Even if they win their respective cases, the innumerable court trips and legal meetings will have drained them both financially and emotionally, preventing them from carrying out their work as they otherwise would.

The ENRC has launched a total of 18 legal proceedings against journalists, lawyers and other critics since 2013, including one against the Serious Fraud Office.

Last year, journalist Catherine Belton, also alongside HarperCollins, was sued for libel by Russian oligarch Roman Abramovich, based on various passages of her 2020 book, Putin’s People. She described the legal battle as “a war of attrition” and 19 press freedom organisations deemed the case to be another SLAPP suit. The case was dropped and a settlement made but, if it had gone to trial, the legal costs could have amounted to more than £10 million. As the UK Anti-SLAPP Coalition has said: “Cases do not even have to reach court to create a detrimental impact.”

Recognising the serious issue this poses, Conservative MP David Davis, in a parliamentary debate last month on ‘lawfare’, claimed that there exist people with “nefarious intentions… exceptionally deep pockets and exceptionally questionable ethics”, who use the justice system to silence journalists. During the debate, MPs also called for action against “high-end law firms” which they accused of profiting by “selling of intimidation services” to oligarchs.

In such an environment, the introduction of anti-SLAPP mechanisms are essential. While the 2013 Defamation Act did bolster protections for journalists – by adding a public interest defence and the requirement of demonstrating serious harm to the claimant – the current situation is still grave.

As Cadwalladr poignantly stated during her trial, powerful people bring forth libel cases against those “who find it extremely difficult to defend themselves”. A judgment in her case is expected in due course.

The progression of these cases, their verdicts, as well as the introduction (or not) of comprehensive anti-SLAPP measures will determine the future of press freedom in this country.

Manasa Narayanan and Daisy Steinhardt work on a freelance basis for The Citizens, a non-profit organisation co-founded by Carole Cadwalladr