Conversion TherapyCo-opting the Language of Liberation

With the UK Government consultation into ending conversion therapy closest tomorrow, Byline Times investigates the tactics of those seeking to frustrate a ban

Carolyn Mercer knew her gender presentation didn’t match her gender identity when she was a young child in the 1950s. “At the time there was no internet, it wasn’t on TV, I had no idea that anyone else in the world felt the same way I did,” she told Byline Times.

As a teenager, she confided in her vicar. He sympathised and wanted to help her. But at that time, the type of help available was what we would now call ‘conversion therapy.’

“I was strapped into a chair,” she explained. “And I was shown pictures of women. Then I would receive an electric shock. My hands shot in the air, but my arms were strapped down. It went on like that. More pictures and more pain.”

Mercer told Byline Times that she prefers the term “conversion practice” to “therapy, as it’s not therapy. What that practice involved was an aversion type of conversion practice. What it can do is change behaviour. But it can’t change you. It didn’t change my innermost feelings and how I saw myself,” she said.

Around 20 years later, Mercer sought support again. “As many difficulties as possible were put in my way,” she explained. After months of delays, she “took the decision to continue in the male role”. It would be another six years before Mercer finally got the support she needed “to be me.”

This week marks the start of LGBT History Month and the end of the Government’s consultation on a ban on conversion therapy – a practice it calls “coercive and abhorrent”. It has signalled that it plans to balance a ban with “people’s personal freedoms” and its policy approach “will not impact everyday religious practice”. This has led to concern that “spiritual counselling” will be exempt from the ban – a term LGBTIQ-rights campaigner Matthew Hyndman has called “Evangelical speech for conversion therapy.”

Part of the balance with personal freedoms is the decision to allow adults to consent to this type of counselling, something which concerns Mercer. “You’re not allowed to agree to torture,” she said. Conversion therapy is recognised as a form of torture by the United Nations.“I agreed to what was done with me, but at that time I was mentally confused, I would have accepted anything.”

“Any Bill must outlaw all forms of conversion therapies in every setting without loopholes which permit LGBTQIA+ people to consent to conversion therapy, because no one can consent to abuse,” Sasha Misra, Associate Director of Communications and Campaigns at Stonewall, told Byline Times. “It’s been over three years since the UK Government committed to banning conversion therapy, it must act now to protect our communities and outlaw this abhorrent practice once and for all.”

The focus on freedoms and consent demonstrates how those opposing the ban have co-opted the language of LGBTIQ rights in order to push their agenda.

This strategy has led to social media companies are struggling to remove conversion therapy content from their platforms, as the so-called “ex-gay” movement uses human rights, consent and liberation rhetoric to circumvent restrictions on their videos and posts, a new report has found.

A new report published by The Global Project Against Hate and Extremism (GPAHE), found that, as a result, harmful conversion therapy disinformation is “thriving online.”

“They are absolutely co-opting the language of those that pursue LGBTIQ rights,” report co-author Wendy Via told Byline Times.

Getting Around the Hate Speech Ban

The research by GPAHE found that the ban on ads for, and promotion of, conversion therapy put in place by Facebook, Instagram, Twitter, and YouTube are largely inadequate. Instead, conversion therapy is “thriving on these networks”. This is, in part, because those promoting the practice have found new terms to describe their offering.

Byline Times conducted its own research on YouTube, using euphemistic terms to generate results on conversion therapy. Those terms included “unwanted same sex attraction”; “SAFE-T and same sex attraction”; and “re-integrative therapy”. SAFE-T is an acronym that stands for “Sexual Attraction Fluidity Exploration in Therapy” and is pronounced “safety.”

This term shows how the conversion therapy movement is co-opting the language of gay liberation. The notion of sexual fluidity first came to prominence in the work of Alfred Kinsey, himself bisexual, who said that sexuality existed on a sliding scale. While there is debate around Kinsey’s conclusions, his work was a landmark moment in the fight for LGBTIQ rights.

Now, those ideas have been adopted by a movement that wants to suggest people who wish to explore their “sexual fluidity” by “rejecting the gay lifestyle” are being discriminated against.

“They say that banning conversion therapy is a form of torture itself,” said Via. “That people who don’t want to be gay will have nowhere to turn to. We dismiss this entirely.”

Reintegrative therapy is the main term used to circumvent social media bans and claims that “same-sex attraction” is the result of childhood traumas often rooted in issues of attachment. Devised by the late Joseph Nicolosi, it claims to offer “corrective emotional experiences to resolve the shame that resulted from attachment trauma and emotional neglect”.

“The claim that same-sex sexual orientation is the result of ‘attachment trauma and emotional neglect’ is not scientifically supported nor widely accepted,” explained Dr Adam Jowett, Chair of the British Psychological Society’s Psychology of Sexualities Section and lead author of the research on conversion therapy commissioned by the Government Equalities Office.

Byline Times discovered that disinformation about reintegrative therapy were alarmingly easy to find on YouTube, including in videos published by the IFTCC, an international organisation that “supports people who want to take a different path.”

Similar messages claiming that being LGBTIQ is “caused” by trauma could be found on the X-Outloud YouTube channel, which shares personnel with IFTCC.

This is the youthful face of the so-called “ex-LGBT” movement with brightly coloured videos from self-identified “ex-homosexuals”. The videos share testimony about how “sexual abuse can trigger homosexuality”, for example. Such a statement links back to the disinformation shared by those pushing reintegrative therapy, that claims childhood trauma can cause someone to become LGBTIQ. Other videos shared “the dark side of homosexuality” and “how events can set you up for homosexuality.”

One video featuring “ex-gay” testimony is sub-titled “Leaving LGBT, Challenging Censorship & Discrimination | X-Out-Loud” – a clear example of how activists are using the language of freedom and liberation to position themselves as under attack. 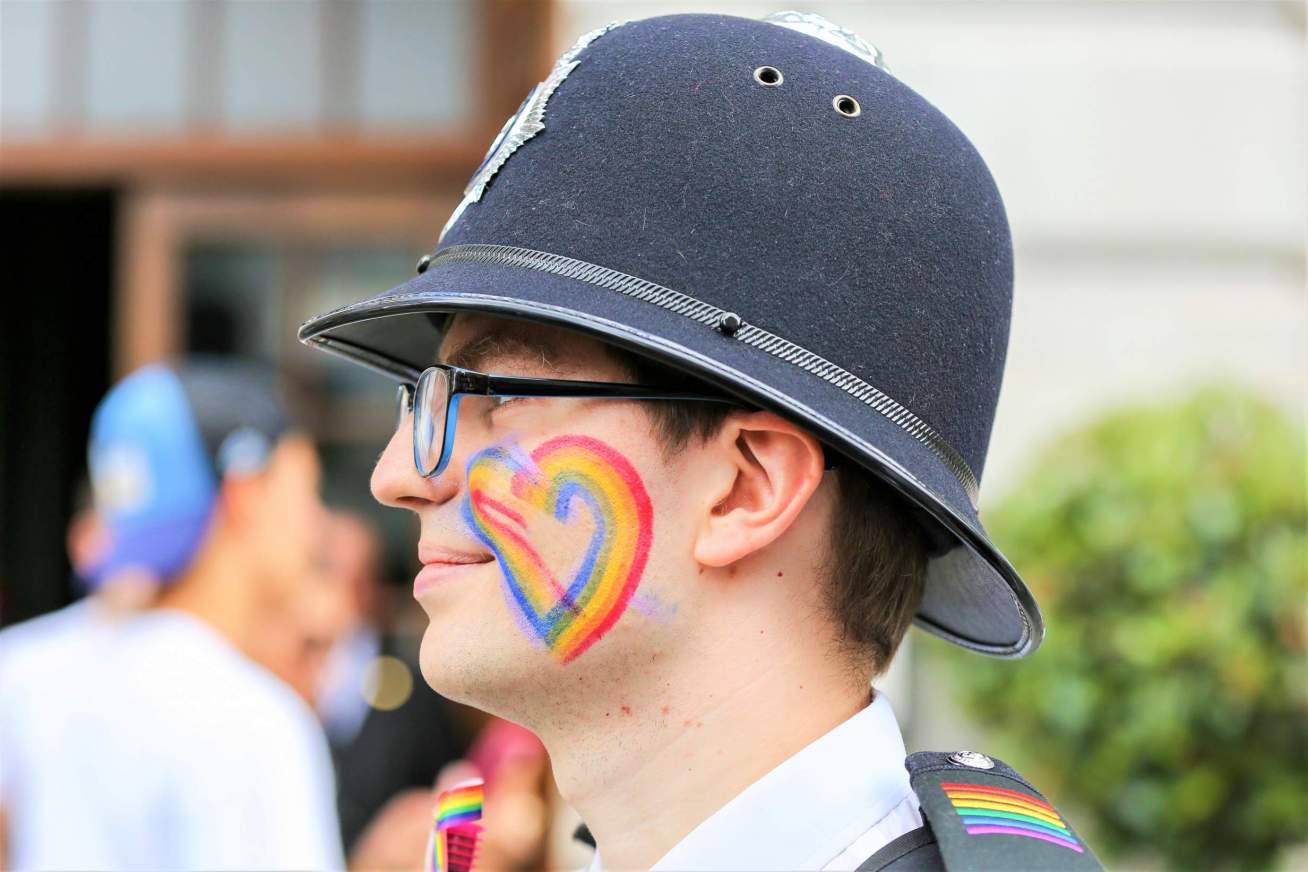 Undercover in the Anti-LGBTIQ MovementConspiracy, Conversion Therapy and Links to a Westminster MP

Proponents of reintegrative therapy use the term “natural law” to describe heterosexuality, where women and men “complement” one another. Nicolosi himself referred to LGBTIQ people as thinking they could “go against nature.”

These are key concepts for the religious-right in Europe and the US. In the 2010s, the Agenda Europe network published a manifesto titled Restoring the Natural Order which attacked “homosexualism” for “going against nature”. Its concept of “natural law” dictates that heterosexual, married family model “is the only option that is morally acceptable”. Its stated aim is to “repeal of all existing laws on same-sex partnerships.”

The manifesto provided a strategy for rolling back progress on LGBTIQ rights. The strategy included using “the weapons of our opponents and turn[ing] them against them”.

These tactics are employed by groups like X-Out-Loud and the IFTCC, as they use the language of freedom of choice, sexual fluidity and discrimination to promote their cause and present themselves as the next frontier in sexual liberation movements. At this year’s IFTCC conference, representatives from Christian Concern used the framing of human rights law to protest the Government’s proposed ban.

“They’re hiding behind religion,” said Via. “That gives them a lot of leeway in a lot of places, especially the United States. In the UK, these groups and these lobbyists have got in there, and now there’s this consultation and they want to bring in the religion exemption. But in Germany, Canada and France where it’s banned, there’s no religious exemption. And that’s critical.”

Now in her 70s, Mercer’s gender presentation now matches her gender identity. “I demand respect as a human and I request respect as a woman,” she told Byline Times. “This is a natural part of me.”

She was once asked how her life would have been different if she had transitioned earlier on in life. “I replied: I could have been happy.”

“Conversion therapy is a repulsive practice which devastates lives,” said Misra. “The UK Government’s own National LGBT Survey shows that 7& of LGBTQIA+ respondents have been offered or undergone conversion therapy – a figure that represents thousands of LGBTQIA+ people whose lives have been torn apart by this barbaric practice. We urgently need comprehensive legislation.”