The Home Secretary is introducing new proposals to detain all men who arrive in the UK via Channel crossings, as the Lords seek to defeat a clause that would make it harder for women to successfully claim asylum

The Home Secretary introduced the Government’s New Plan for Immigration by asking: “Where are the vulnerable women and children that this system should exist to protect?”

The answer could soon be: stuck in their country of origin, unable to flee gender-based violence, as clause 32 in the Nationality and Borders Bill seeks to change how a key part of the Refugee Convention is interpreted. The change will make it more difficult for women to be recognised as refugees and access the protection they need.

“The Government’s Nationality and Borders Bill is the biggest threat to women being able to access refugee protection in the UK that we have ever seen,” Alphonsine Kabagabo, director of Women for Refugee Women, said. “Priti Patel has said that this bill is about protecting women, but that couldn’t be further from the truth.”

Baroness Ruth Lister, a cross-party peer, has tabled an amendment to reverse clause 32. The clause was included late on in the bill’s progress, was not included in the Government’s equality impact assessment of the policy, and disproportionately impacts women and girls.

Baroness Lister has support from the Bishop of Gloucester and Sir Brian Paddick. She said that clause 32 “is one example of how the bill will seriously damage women fleeing gender-based violence and abuse, by creating a significant barrier to refugee protection, as the UNHCR has warned”.

“In doing so, it will undermine the Government’s own stated aims to address violence against women and girls,” she added. “It is crucial that the Lords overturn this change, which was not even included in the Government’s original consultation, and thereby ensure that the clause is genuinely compliant with international standards.”

The clause would overturn the current domestic law and UNHCR definition of being a member of a “particular social group” for people seeking refugee protection. Because ‘gender’ is not listed as a specific grounds for persecution in the Refugee Convention, women fleeing gender-based abuse tend to use this definition when applying for asylum.

Currently, those claiming asylum based as a member of a particular social group must fulfil one of two conditions.

Either they must demonstrate they are part of a “group of persons who share an innate characteristic, or a common background that cannot be changed, or share a characteristic or belief that is so fundamental to identity or conscience that a person should not be forced to renounce it”. Or they must demonstrate that they are part of a “group that has a distinct identity in the relevant country because it is perceived as being different by the surrounding society”.

“The Government has failed to justify this significant change to the law and refugee protection which will disproportionately affect women and girls fleeing gender-based persecution, who will need to meet an additional hurdle in order to obtain refugee protection.”

While the Nationality and Borders Bill risks making it harder for women to claim asylum, the Government’s latest announcement on immigration would see more men held in detention once they arrive in the UK.

The Home Secretary and the Prime Minister are discussing new powers to detain men who are intercepted in the Channel when attempting to enter the UK, The Times reported over the weekend.

Currently only those who land on the UK coast, rather than being intercepted in the Channel, are breaking the law and can be detained. The majority of these are men. The Nationality and Borders Bill, which was passed by MPs in the Commons in December and is now being debated in the Lords, will make it a criminal offence to be found in a vessel in the Channel without pre-authorisation to enter the UK.

The justification for the policy is that it will deter men from making dangerous journeys or seeking assistance from people smugglers. Such a justification is disputed – not least by the Home Office’s own equality impact assessment which found that there was little evidence the policy would deter people from attempting dangerous crossings. 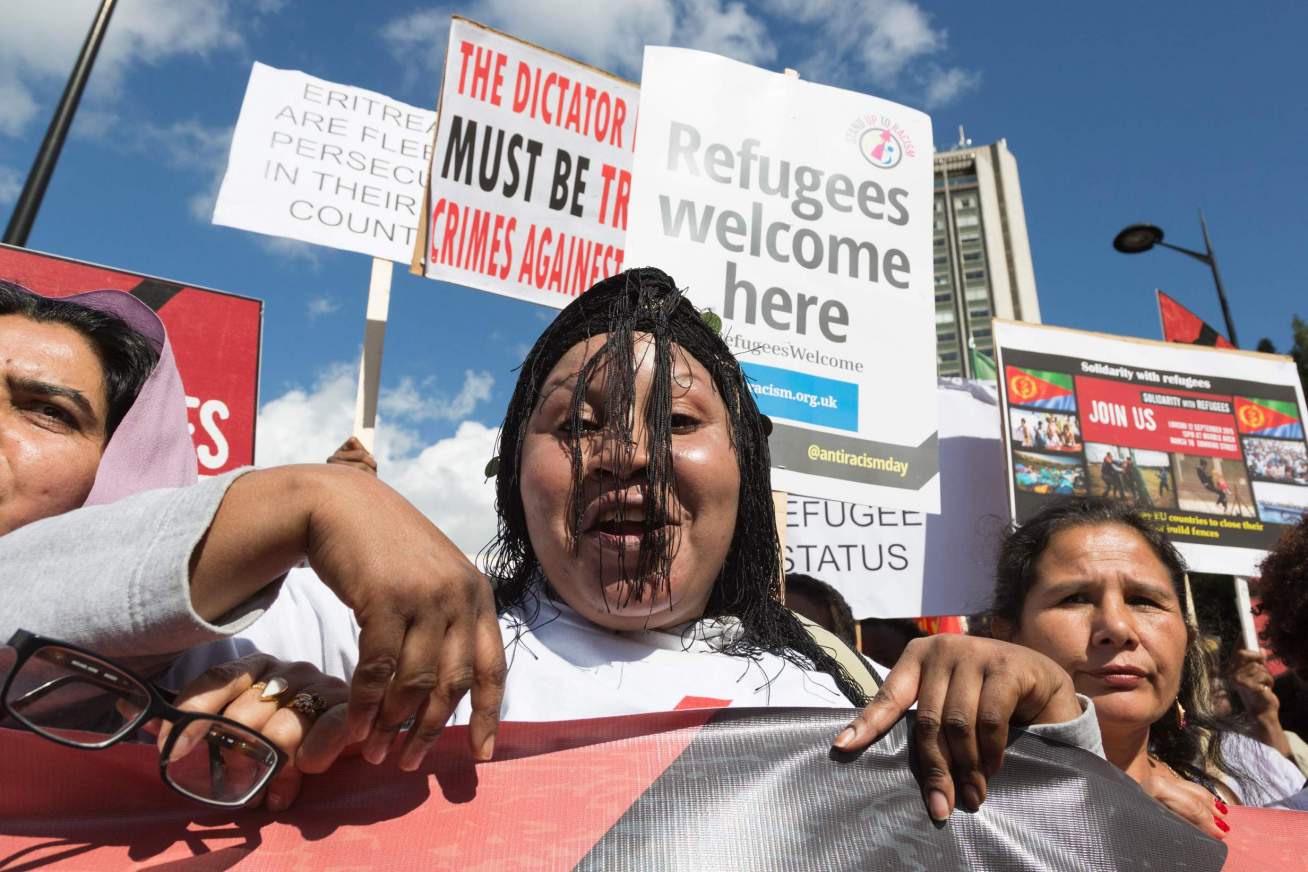 Having pre-authorisation to enter the UK relies on the existence of safe and legal routes, such as resettlement. A lack of safe, legal routes is one reason why people are attempting dangerous crossings – 28,381 people attempted to cross the Channel last year hoping to claim asylum once in the UK.

Both Priti Patel and the French Government have claimed that seven in ten of all people who cross the Channel are single men under 40, although exact figures on the gender and age of those arriving in the UK are not known.

The reasons for the male majority are clear: men are more at risk of armed violence in conflict zones, although women and girls suffer disproportionately from other issues such as lack of healthcare and sexual violence. The latter is also a reason why men are more likely to make the journey – to protect women and girls from the risks of sexual violence on the road to the UK. Men are also typically physically stronger than women and girls. Those living in traditional patriarchal societies tend to see it as the man’s role to make this journey, too.

Once they arrive in the UK and claim asylum, the women and children left behind in their home country can join their father, husband or son through the family reunification policy. The Government has granted over 35,000 family reunion visas since 2015.

However, changes proposed in the Nationality and Borders Bill mean that those men who arrive via irregular routes – as opposed to via resettlement, for example – will face restricted rights when it comes to family reunification as they will only be granted temporary protection under the new rules. Up to 3,500 fewer people per year will be able to benefit from family reunion if it is denied to those being granted temporary protection under this new plan, and 90% of those are women and children.