A Guide to the Radicalisation of the Conservative Party

Sam Bright digs into the recent history of Boris Johnson’s party, to explain why its centre of gravity has shifted markedly to the right

Deploying the military against migrants; criminalising protests; disenfranchising the marginalised; waging war against the BBC – Boris Johnson has drafted a mini-manifesto to fortify his unstable position in the Conservative Party, one that has seemingly been lifted directly from the populist-authoritarian playbook.

Indeed, Johnson’s latest strain of radicalism is not borne from deeply-held convictions – the Prime Minister is famously unmoored from any ideological or moral creed aside from his own self-interest – but it has rather been guided by the Conservative Party’s centre of gravity, which has lurched rightwards in recent years.

Likewise, the battle for succession, when Johnson finally departs, will hinge on the ability of one candidate to encapsulate and articulate this strain of new Conservative radicalism – on Brexit, COVID, immigration, welfare and economics – that now surges through the party.

This is markedly different to a decade ago, when David Cameron claimed the party crown through a ‘modernisation’ project that promised social liberalism, environmentalism and a commitment to the New Labour consensus – leading him to be dubbed the ‘heir to Blair’.

This process of radicalisation is the outcome of a few key events, each of which has moved the Conservative Party further away from the centre-ground after the party’s victory, albeit with the help of the Liberal Democrats, at the 2010 General Election. 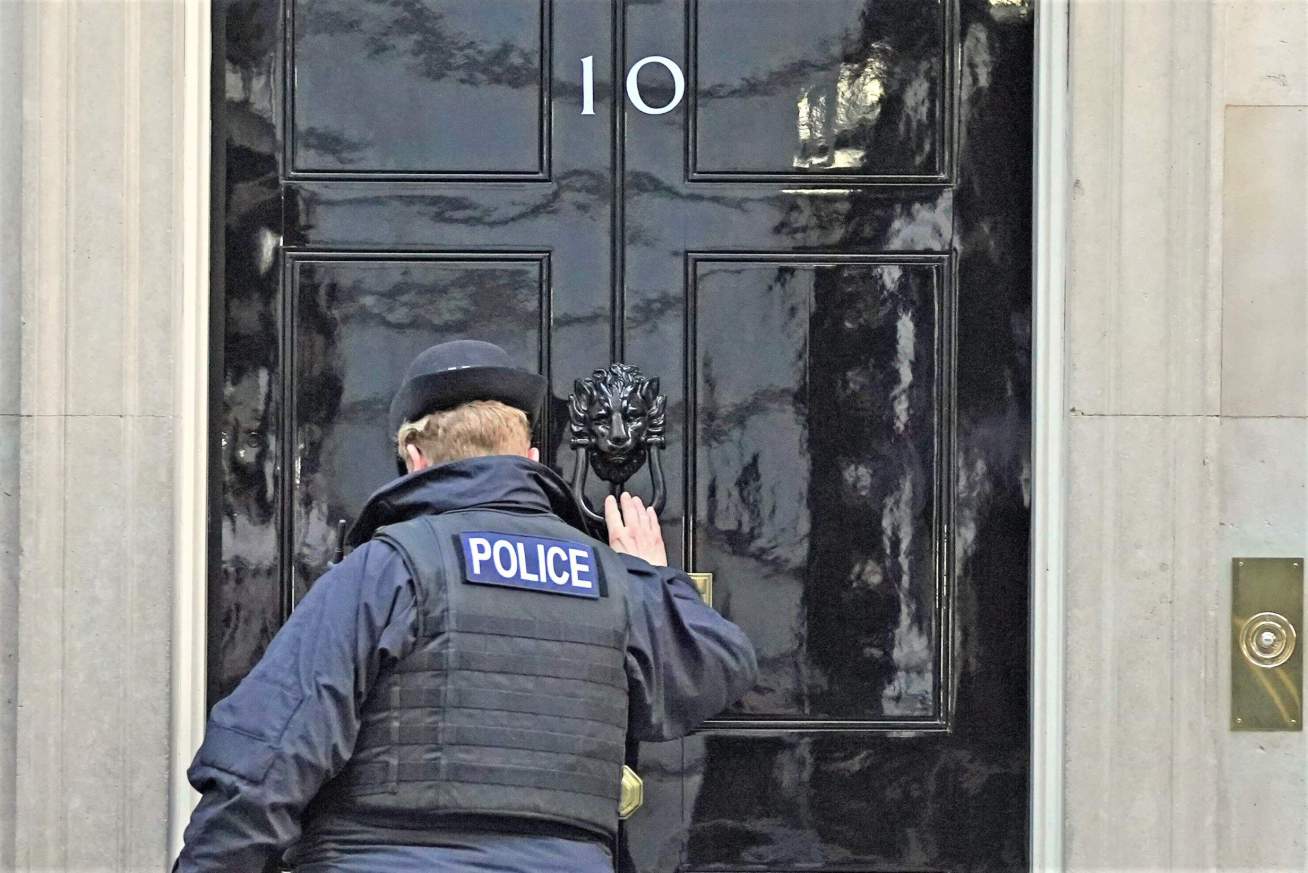 UKIP, at the time led by Nigel Farage, stormed to victory in the 2014 elections to the European Parliament – winning 26.6% of the vote and five more seats than the Conservatives. This put pressure on David Cameron’s Conservative Party ahead of the general election scheduled for the following year, which only intensified when Tory MP Douglas Carswell defected to UKIP and won a by-election in his Clacton constituency in October 2014, victorious by a comfortable 12,404 votes.

Farage had been winning popular support, and a great deal more media attention, for his campaign against immigration from eastern Europe – and had been calling for a referendum on the UK’s membership of the EU.

The Conservatives won a slender parliamentary majority after promising an EU referendum by 2017 – seemingly an attempt by Cameron to temper the political threats of UKIP, and to placate Eurosceptics in his own party.

Days after the election, the European Union Referendum Bill was unveiled in the Queen’s Speech and, by February 2016, the date of the referendum was fixed – 23 June 2016.

Senior Conservative politicians Boris Johnson and Michael Gove were credited with leading the official Vote Leave campaign to victory – guided in the shadows by their key advisors, Dominic Cummings and Matthew Elliott.

Though neither Johnson nor Gove was elected Conservative Leader following the resignation of Cameron, their authority and influence in the party was cemented.

Parliamentary gridlock following the 2017 General Election further exacerbated the polarisation of views over Brexit. Like an untreated ailment, the Brexit issue swelled through inaction – a state of paralysis that engulfed political debate. In turn, this bolstered the support of the European Research Group – the hardline faction of the Conservative Party that had always advocated for a ‘no deal’ exit from the EU.

Prime Minister Theresa May’s attempts at negotiating a deal to satisfy both the EU and Parliament failed, leading to her resignation. May’s deal was not radical enough for Eurosceptic Conservative MPs but it was too radical for the overwhelming majority of Labour MPs, who strongly favoured a second Brexit referendum.

The subsequent Conservative leadership election was comfortably won by Boris Johnson, though with some help from his former Brexit allies.

Leave.EU, the unofficial campaign to leave the EU, claimed that it helped to recruit 25% of Conservative Party members during the course of the leadership campaign. Leave.EU had built a formidable online presence during and after the 2016 referendum, particularly on Facebook, which it mobilised behind Johnson’s Conservative leadership effort.

Leave.EU was run by Arron Banks and Andy Wigmore, and led during the referendum campaign by Nigel Farage. It represented a radical strain of right-wing politics, closely associated with UKIP and the Donald Trump administration in the US, and its role in recruiting Conservative members is a significant but often neglected factor in considering the party’s shift to the right.

The Prime Minister was responding to an attempt from these MPs, in collaboration with opposition figures, to take control of parliamentary business in order to reach a softer Brexit resolution.

This enabled a swathe of pro-Brexit figures, with strong right-wing ideological convictions, to be elected by the Conservatives in the General Election of December 2019 – which returned an 80-seat majority for the party.

The UK’s response to the COVID-19 pandemic has caused a new fracture in the Conservative Party – though one that has parallels with Brexit.

There is a noisy and growing group of backbench MPs who believe that Boris Johnson was wrong to impose lockdowns on the country and should now abolish any remaining restrictions.

Although the content of the Brexit and COVID debates show little overlap, there seems to be a significant shared constituency of Conservative MPs who supported a hard Brexit and now seek the removal of all COVID restrictions. These are individuals particularly influenced by the right-wing press, linked to opaque lobbying groups and certain in the belief that free market nationalist-populism can reclaim some of Britain’s former ‘glories’.

Thus, while European Union membership has been identified as a point of conflict in the Conservative Party for decades, perhaps the Eurosceptic campaign was merely the manifestation of deeper, underlying fractures on the right of politics. Brexit was a proxy for these divides and, now that the subject has receded in public debate, a new campaign has been forged around COVID.

Given that Brexit has emboldened the radical forces in the Conservative Party, the future of the right appears more extreme than even its recent, fanatical past.