The Growing Regional Wealth Gap& Why it Matters

New data has been released by the Office for National Statistics (ONS) in recent days about the wealth gap between people living in different areas of the country.

The statistics haven’t generated much attention – even though they show burgeoning wealth inequalities between the richest and poorest regions.

What’s more, the ONS data shows that these wealth inequalities have been growing markedly in recent years. Indeed, the wealth divide between the south-east and north-east was £80,000 in nominal terms – or £92,000 after adjusting for inflation – in July 2010 to June 2012, meaning that the gap has roughly doubled over the past decade.

And the numbers are even starker in relation to household rather than individual wealth. Household wealth has increased in the south-east by 43% since 2006, now standing at £503,400 – compared to just £168,500 in the north-east.

This hyper-inflation has been persistent for decades, entrenching obscene wealth disparities between homeowners (and non-homeowners) in different regions.

This has, in turn, pumped up the London rental market. As of May 2021, the average rent in London was £1,583 a month, compared to a UK average of £997. Renters in north-west England were paying roughly half the amount required in the capital – at just £790 a month. 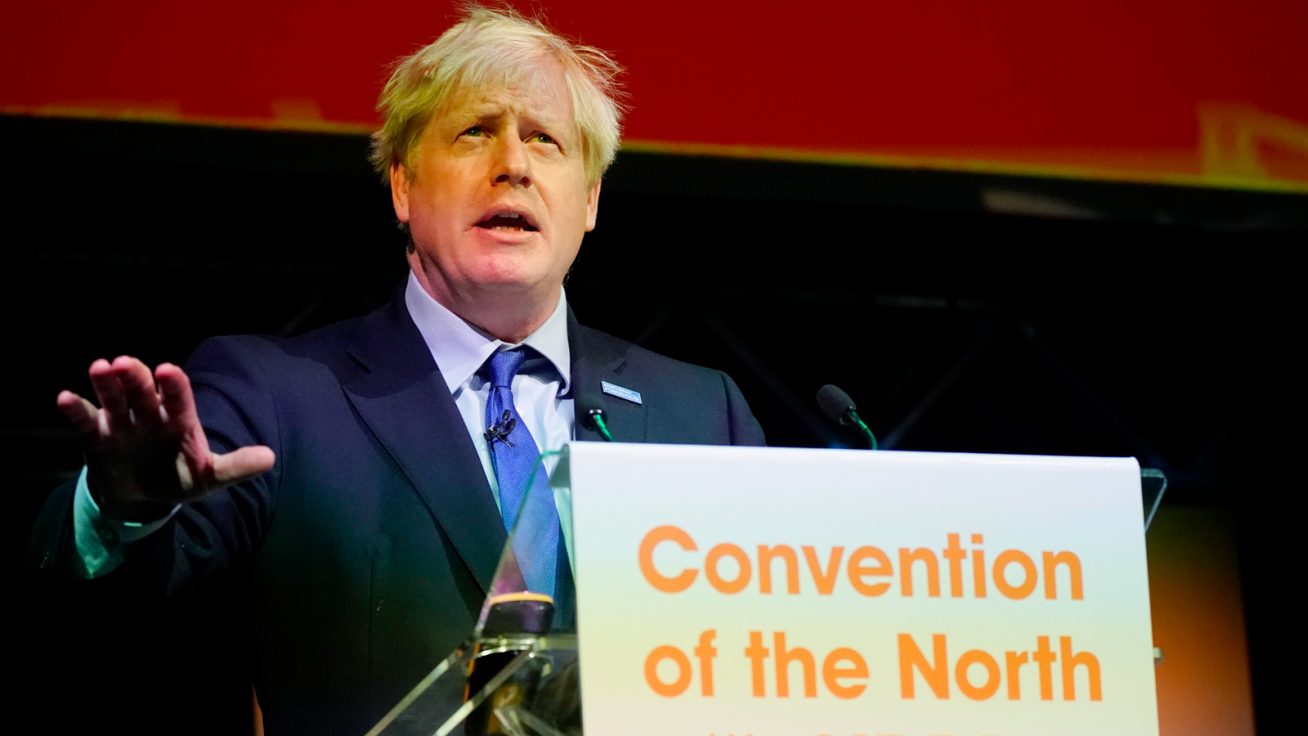 Why Johnson Isn’t Serious About‘Levelling Up’

Why Does this Matter?

Place-based inequalities have grown under the radar in recent decades. Commentators on the left have continued to place emphasis on class divisions – the inequalities between rich and poor, regardless of geography – rather than inspecting how these disparities manifest within and between regions.

However, as recent elections (and referendums) have demonstrated, place-based grievances are increasingly important in understanding the political and social fabric of the UK.

The Conservative Party’s victory at the 2019 General Election, and Vote Leave’s success in 2016, were super-charged by a feeling of political and economic marginalisation among ‘left behind’ towns in the north of England, the Midlands and Wales. Similar resentments in Scotland nearly propelled it to independence in 2014, and have underwritten the SNP’s success in the country for the past decade.

The nation’s wealth continues to accumulate among a narrow cohort of the population living and/or trading in the south-east. However, the way in which this is occurring – through property inflation – is arbitrary and unfair. People working in the same professions, earning roughly the same wages and paying the same taxes, may be on the opposite ends of the wealth barometer – merely due to the location of their property.

Many people argue that these regional wealth gaps are insignificant, because the wealth of homeowners is relatively immobile. In other words: a person owning a home in London is likely to see little benefit from their property wealth, because they’re likely to stay in the London property market for years – buying another house that has inflated roughly at the same rate as theirs. They’re not able to improve their living conditions through the growth of their property wealth, because all properties in London are similarly over-priced.

However, the Coronavirus pandemic has changed this arithmetic. The normalisation of home-working has lowered the compulsion to live in the same place that you work – allowing property owners in the capital to liquidate their assets and venture beyond the confines of London. Indeed, Londoners bought homes outside the capital worth £27.6 billion in 2020, the largest amount spent since 2007.

This has a potentially corrupting effect on housing markets outside London – pushing up demand in areas with comparatively lower house prices and making it harder for local people to step onto the property ladder.

The imbalanced inflation of property prices in the south-east also creates acute inter-generational inequalities. London property owners will eventually be able to pass down their assets to the next generation, dividing the wealth of the nation based on property inheritance. This is particularly significant given the concentration of income and opportunities in the capital; London represents a disproportionate 23% of national output, and its GDP per capita exceeds the England-wide average by some 40%.

Ergo, if your parents owned a property in London or the wider south-east, you are infinitely more likely to be able to afford a property in this part of the country – allowing you to take advantage of the riches afforded by our all-consuming capital.

Moreover, if London rental prices continue to outstrip the rest of the country, and if opportunities continue to be enclosed in the capital, vast inter-generational inequalities will widen between people in different regions. Moving down to London on a graduate salary is already prohibitively expensive; costs that are not suffered by Londoners who are able to live at home during the early years of their career.

If salaries further stagnate, as they have for the past 15 years, and London property prices continue to rise exponentially, young people outside the capital’s commuter belt will be locked out of the city that currently acts as the engine of the British economy. This process – which shows no signs of abating – violates the principles of fairness and equality of opportunity on which our economy and education system is ostensibly premised.

Regional inequality may not be the most popular injustice in modern Britain, but it is certainly one of the most profound.

Sam Bright’s book, ‘Fortress London: Why We Need to Save the Country From its Capital’, will be published this year