The UK financial sector remains a significant contributor to the escalation of the climate crisis, reports Thomas Perrett

However, the conferencefailed to convince many environmental organisations of the viability of ‘green finance’. This was despite the efforts of former Bank of England chief Mark Carney, who led theGlasgow Financial Alliance for Net Zero (GFANZ), a coalition of financial institutions established to accelerate the decarbonisation of the economy by channelling investment into sustainable industries.

Michael Northrop, of the Rockefeller Brothers’ Fund, observed in Environmental Finance that “unfortunately, there are no near-term plans, deadlines or commitments to do anything real that were announced by the Alliance or any of its banker or investor members,” describing GFANZ as “an empty vessel designed to take pressure off private financial industry players, and delay any real action to some indeterminate future”.

Despite their theoretical commitment to counteracting climate change, many banks remain complicit in greenwashing – continuing to invest in polluting industries while using public relations tactics and alternative decarbonisation metrics to maintain an environmentalist image.

Earlier this year, JP Morgan Chase outlined its climate goals, stating that it would focus on the reduction of oil firms’ ‘carbon intensity’ by “identifying producers who are improving their performance, and those who are not”. However, merely measuring the intensity of carbon emissions does not meaningfully encourage decarbonisation, as oil and gas firms can still maintain considerable investments in fossil fuel infrastructure.

JP Morgan’s strategies were criticised by Jeanne Martin, senior manager of banking standards at non-profit environmental organisation ShareAction, who told The Guardian that JP Morgan had “committed to reducing intensity and financing to the oil and gas sector… but that doesn’t ultimately mean they will reduce oil and gas activities. It may actually increase at a faster rate”. 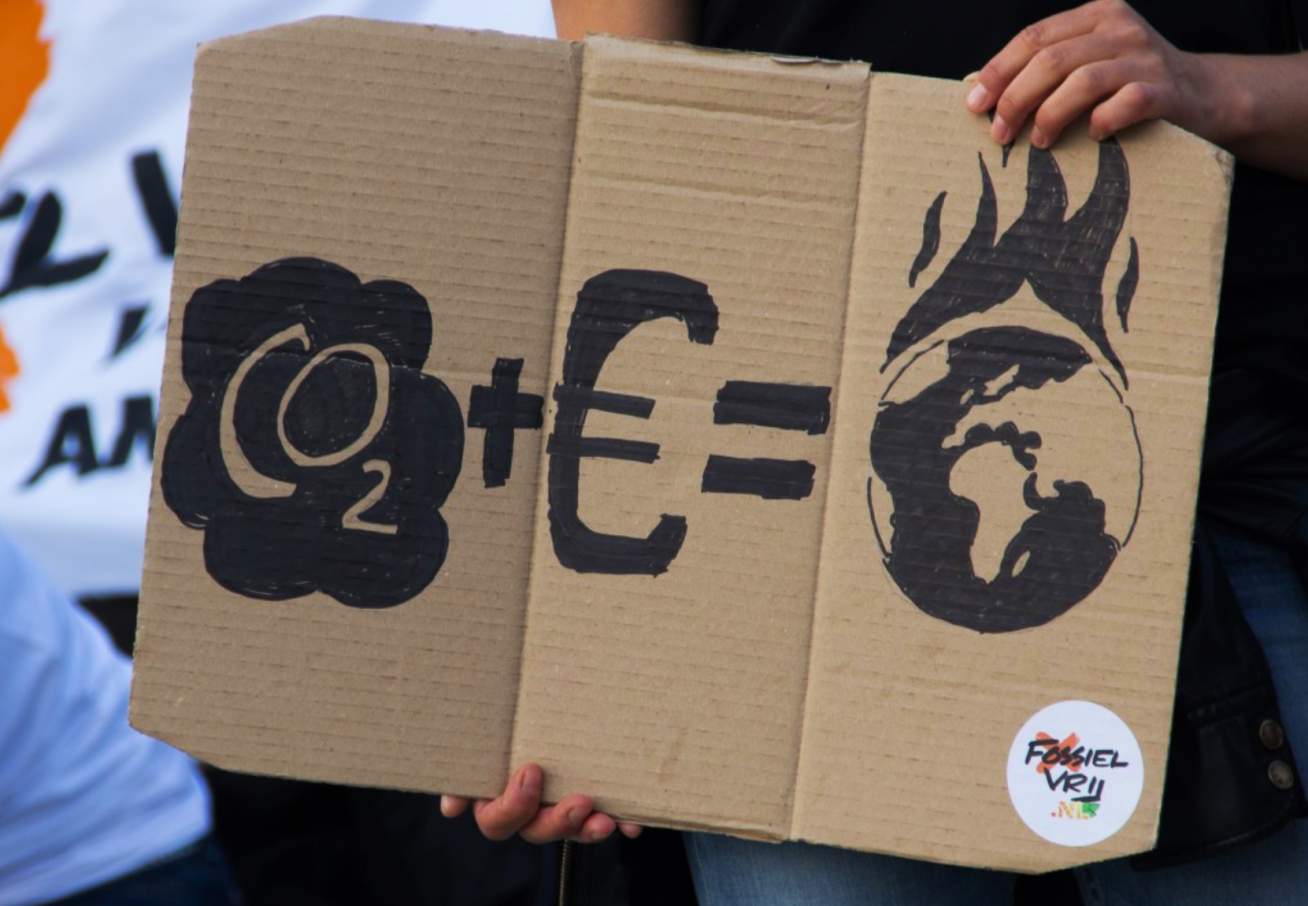 GFANZ has also been met with this criticism. Speaking to Byline Times, Mathew Lawrence, director of the Common Wealth think tank, said that it “risks being an exercise in financial greenwashing” and that there is “nothing that mandates that companies or investors bring themselves in line with net-zero by 2050”.

“So long as it is profitable and legal to do so, banks will continue to finance fossil fuel projects as that is their basic DNA as profit-maximising institutions,” he added. “Challenging this dynamic requires a more systemic shift in the purpose and time horizon of banking institutions”.

JP Morgan is not the only bank that has seemingly failed to live up to its environmentalist rhetoric.

From January 2021 until the beginning of COP26, Barclays had provided £4.1 billion for new fossil fuel projects, including a bond of £147 million to Enbridge, a corporation headquartered in Canada which is responsible for undertaking the controversial Dakota access pipeline.

The project, already transporting 500,000 barrels of crude oil per day, has been met with fervent opposition from indigenous leaders and environmentalists. Back in January, members of the Standing Rock Sioux Tribe and other groups wrote a letter urging President Joe Biden to cease construction of the pipeline.

HSBC and Standard Chartered have also mobilised significant funds for environmentally questionable infrastructure initiatives. A report by Market Forces UK, an independent organisation campaigning for financial institutions to divest from fossil fuels, found that both banks had participated in a $6 billion bond, issued to Saudi Aramco, the Saudi Arabian oil company.

“If the Government was serious about solving this problem, it would regulate the finance sector to bring all fossil fuel financing to an end,” Adam McGibbon, campaign lead at Market Forces UK, told Byline Times.

Despite reports from international energy watchdogs confirming the need to urgently decarbonise the economy, Government complicity in exacerbating the climate crisis is well documented.

Data unearthed by the Energy Policy Tracker has revealed that UK ministers have confirmed £3.8 billion of unconditional financing for the fossil fuel sector, which exceeds the funding pledged by Russia, Australia and South Africa.

Boris Johnson’s Government has received £1 million in donations from oil and gas lobbyists since assuming office, including £25,000 from the CEO of EnQuest, which earlier this year bought a North Sea oil field for £2 million.

Policy-makers have also met with fossil fuel and biomass producers at nine times the rate that they have met with renewable energy firms. Between July 2019 and March 2021, 63 of the 130 meetings held between Government ministers and energy companies were with producers of high-carbon sources of energy.

In the aftermath of the Coronavirus pandemic, many of the financial incentives intended to stimulate economic recovery have effectively subsidised the most egregious polluters, as the financial sector remains inextricably linked to the fossil fuel industry. 56% of the post-COVID investments allocated to energy companies by G20 governments have been handed to fossil fuel firms, a sum equivalent to £119 billion.

Environmental law charity ClientEarth recently filed a lawsuit against the Belgian National Bank, claiming that a $2.3 trillion quantitative easing plan designed by the European Central Bank, which began in 2016 and involved buying corporate bonds from carbon-intensive sectors, violated EU emissions reduction targets, including those forged by the 2015 Paris Agreement. According to the Grantham Institute at the London School of Economics, more than 60% of the bond purchases on the programme have gone towards effectively subsidising fossil fuel industries.

The financial sector remains a significant contributor to the escalation of the climate crisis. While private finance props up the oil and gas sector, environmentalists should look to public investment and public banking to provide the funds necessary for a just, equitable green transition.