The Home Office’s treatment of newly-arrived people has been exposed in a new report, which shows failures at three short-term immigration detention holding facilities in Dover.

For many asylum seekers making the perilous journey across the Channel – often fleeing war and discrimination – the UK offers the prospect of a safe haven. However, as a new report reveals today, their first contact with the country is not as welcoming as many will have hoped.

The report – based on visits by Her Majesty’s Chief Inspector of Prisons (HMCIP) and the Independent Monitoring Board (IMB) in October and November this year – reveals that asylum seekers are forced to sleep in cold, cramped, unsuitable conditions, while vulnerable women and children are not being properly safeguarded.

Noting that many of the concerns raised in today’s report had been flagged previously in a September 2020 investigation, Bridget Chapman from Kent Refugee Action Network (KRAN) said that the Government’s apathy towards the conditions suffered by asylum seekers is “starting to look like deliberate performative cruelty”.

A Climate of Indifference

Tug Haven, described bluntly in Home Office spending data as “a tent in a car park” is where many asylum seekers spend their first night after crossing the Channel.

There they are forced to sleep on thin mats on the floor of a tent, or double-decker buses, without pillows. The HMCIP and IMB is “deeply concerned” about the lack of heating in these facilities and found that it is “too cold for young children and babies”.

Analysis of Home Office data by the Byline Intelligence Team also reveals that people held at Tug Haven overnight are forced to sleep on £10 roll mats. On 6 September the Home Office spent £2,789 on roll mats “to support migrants overnighting at Tug Harbour”, the spending data shows.

Like Tug Haven, the Kent Intake Unit keeps people overnight in holding rooms“without adequate sleeping facilities”, according to theHMCIP and IMB. People are forced to sleep on thin mats on the floor between rows of fixed seating with the lights remaining on throughout the night. 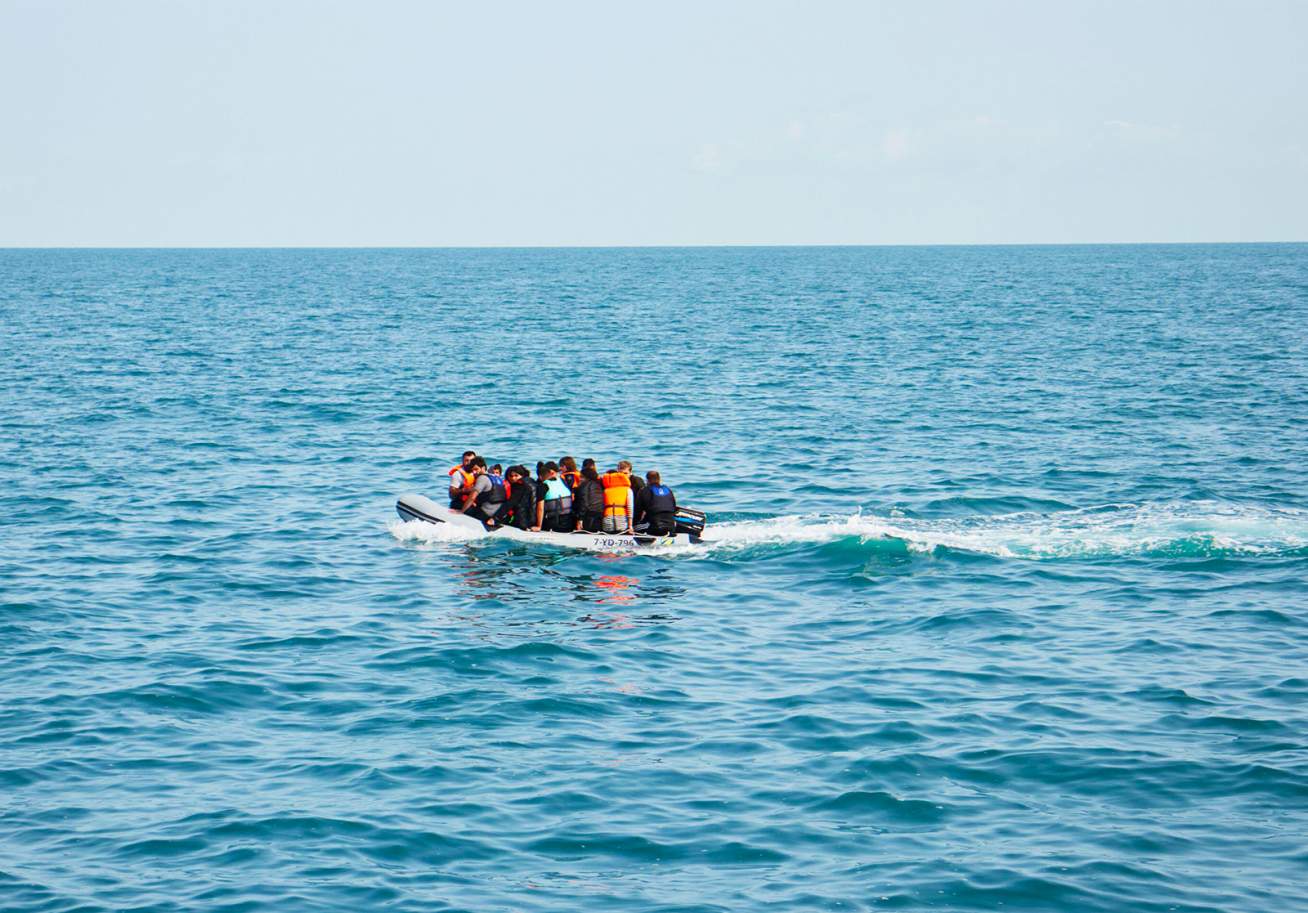 The Empathy DeficitHow the Government Has Marginalised &Demonised Asylum Seekers

“People who have made a harrowing journey need to be treated with care and dignity and respect of a bed for the night. You cannot have people sleeping on the floor,” Chapman told Byline Times. Instead, Chapman argues, the Home Office should process asylum claims quicker in order to open up spaces in more habitable facilities.

Children are also being held in these dire conditions, while unaccompanied children are often held with adults not related to them, raising safeguarding concerns.

During the inspection, a 49-year-old male ex-prisoner was held overnight in the KIU with several children, despite the man being flagged as having a medium risk of harm to the public.

Shockingly, injuries have not been properly treated at Tug Haven. A 16-year-old girl is likely to be scarred for life, after staff at Tug Haven did not treat her fuel burns. The seam of her jeans became embedded in her burns after she remained in her wet clothes for two days.

Although the Home Office does not keep data on the time people spent at Tug Haven, more than 700 unaccompanied children had been heldfor more than 26 hours at KIU or Frontier House – another processing facility – in the three months prior to the report’s research. One child had been held for more than 90 hours.

The report also raises safeguarding concerns about vulnerable women who claimed to be the victims of sexual violence or trafficking. One woman was held for a further 20 hours after telling Home Office staff that she had been sold to a man for domestic servitude.

A spokesperson for the Home Office told Byline Times: “We take the welfare of people in our care extremely seriously and since these inspections we have continued to improve facilities and are opening new secure facilities.”

This article was updated at 8.30am on 17 December to include a response from the Home Office.