A complex algorithm is being used to determine whether military personnel were involved in trying to overthrow the Turkish Government – with devastating consequences, reports Stephen Delahunty

Several high-ranking former Turkish military officers have spoken out after being punitively targeted by the country’s intelligence services with an algorithm that has led to many being imprisoned and others fleeing the country.

More than 13,000 Turkish military personnel have been dismissed from their roles by a programme that analyses nearly 400 criteria to determine whether or not they had a role in the July 2016 coup attempt that left 290 dead and more than 2,100 people wounded.

More than five years after it was defeated by the thousands of Turks of all political stripes who took to the streets to resist the soldiers, the Government’s continued crackdown on alleged perpetrators is stripping them of their ranks, rights and citizenship.

A few days after the coup attempt, the Turkish Government – led by Recep Tayyip Erdoğan – blamed it on the Gulen movement. This transnational organisation led by its exiled leader and US-based Turkish Islamic cleric, Fethullah Gülen, has been declared a terrorist organisation by the Government.

Byline Times reported last year how tens of thousands of civil servants, judges, academics, journalists, police and military officers had been purged or imprisoned over their alleged links to the Gulen movement since the attempted coup.

Now, new research by campaign group Statewatch has revealed that many of those targeted have been profiled and assigned a score to determine their involvement in the coup, using an algorithm operated by a special unit called The Office of Judicial Proceedings and Administrative Action within the Turkish Navy.

The algorithm, known as a ‘FETO-Meter’, was created by Rear Admiral Cihat Yayci. The Turkish Government refers to the Gulen movement as FETO. It was designed to profile all active and retired military officers. Yayci has previously described his approach as a “detect first, then destroy” strategy.

It is now believed that this special unit obtained sensitive personal information on at least 810,000 individuals from a number of official agencies. These included Turkey’s Savings Deposit Insurance Fund, used to identify those who had an account in Bank Asya. The bank is allegedly tied to the Gulen movement.

Telephone calls and internet records of approximately one million GSM numbers were also processed. Statewatch has said that there was no legal basis to process such data.

The chance for persecution under the algorithm is high as the criteria includes all aspects of an officer’s personal and professional life. Those targeted can even be given a score if they had planned a vacation prior to the coup attempt or just for getting divorced between 2015 and 2016.

Those who attended a foreign language course, received an early promotion or know someone that may have donated or come into contact with an organisation the Government considers connected to the Gulen movement have all fallen under suspicion.

‘As a Citizen You Are Dead’

Ex-navy commander Ahmet Kalkan was assigned to a NATO post in Belgium. Despite this, when the coup attempt happened, he was seized alongside 15 other officers.

The 41-year-old said he discovered his name was on a list with hundreds of other officers who were stationed across Europe and the United States. Following an investigation, he was told to return to Turkey almost immediately.

“That is when my wife was also targeted and at the same time we were hearing of people returning to Turkey and being arrested when they landed at the airport,” Kalkan told Byline Times.

He now resides in the US and can never return to Turkey as there are two open arrest warrants against him.

Engin Buker was a navy officer in the intelligence department. His role involved him sharing sensitive information with the US and UK. “After the coup, I found that I was all of a sudden labelled a terrorist,” he said.

Buker was arrested in December 2016 and spent 15 months in prison. Six months into his sentence, he learnt that he was detained because his sister had an account with Bank Asya and because he was suspected of using the Bylock messaging service – an app the Turkish Government believes was used exclusively by Gulen members.

On his release, Buker said that he knew Turkey “was no longer for me” as he will never be removed from the ‘terrorist’ list he was placed on. In 2018, he was forced to pay traffickers €20,000 to smuggle his family into Greece as their passports and other documents had not been returned after their arrest. They have since settled in Belgium.

Hacer Caylak was fired from her position as a lieutenant commander in January 2017. She said that she learned during the investigation against her that she was identified because one of her three children has Down’s Syndrome.

“I was asked if I learned my baby has Down’s Syndrome when I was pregnant and why I did not want an abortion,” she told Byline Times. “They were claiming that Fetullah Gülen advised his followers not to abort their disabled babies, since abortion is forbidden in Islam. In other words, giving birth to a disabled child was a sign of being Gulenist.” 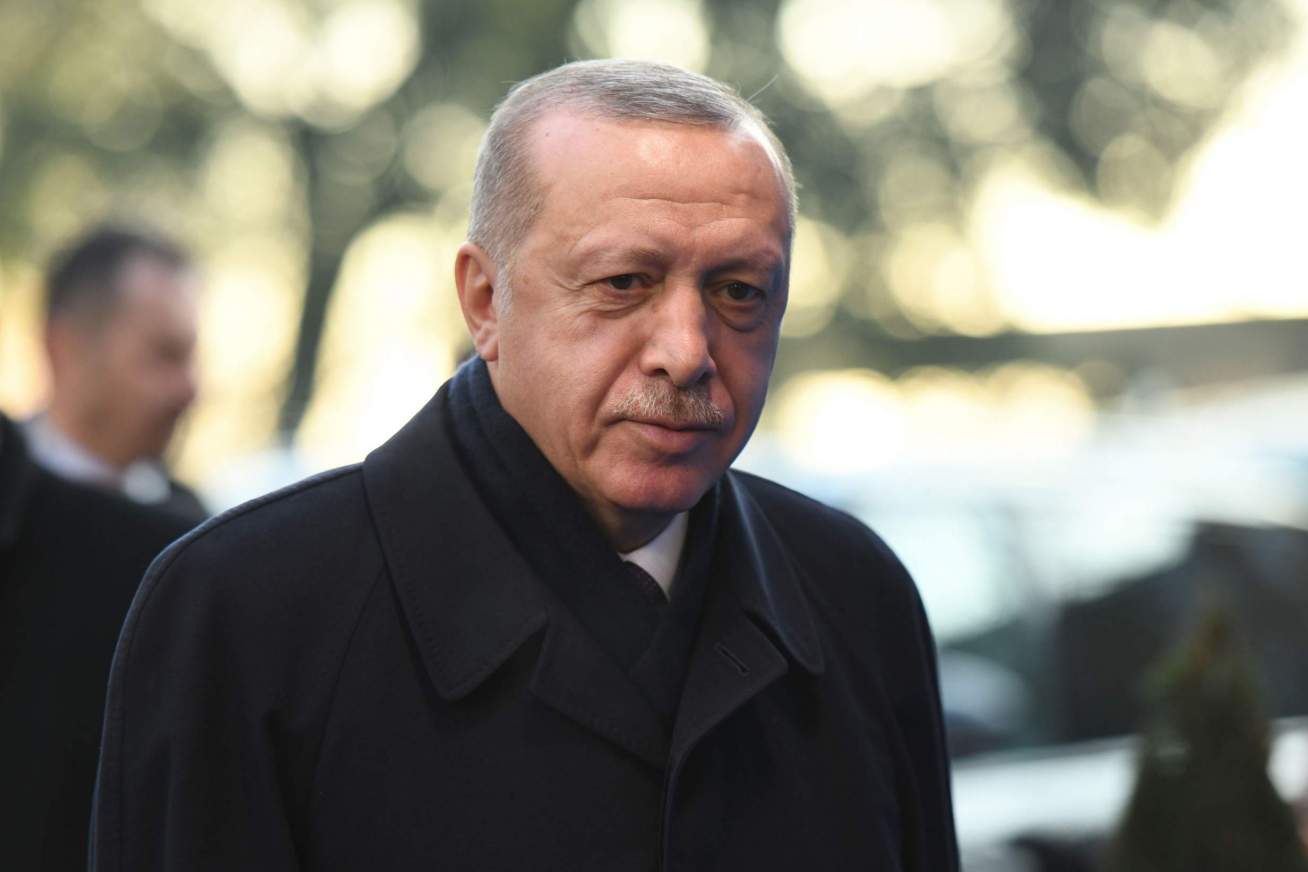 Her husband was arrested at the end of 2016 and spent seven months in prison. Her daughter “suddenly stopped talking after her father went to jail”. Caylak and her family later fled to Germany. She said the most worrying aspect about the algorithm was that it was effectively denying disabled people in Turkey a chance to live.

Huseyin Demirtas said that “as a citizen you are dead” once you have been identified by the alogrithm. The former frigate commander served in the navy for more than 20 years but now has a 50,000 Lira police bounty on his head after fleeing the country in 2017.

The Turkish Government has not responded to a request for comment but one of the report’s authors, Ali Yildiz, said that the situation is not unique to the country. “In an increasingly connected world, where states make wider recourse to counter-terrorism surveillance tools, the possibility of falling victim to algorithmic persecution is high,” he said.

Yasha Maccanico, a researcher for Statewatch, said that the report also raises the issue of whether it is appropriate for EU funding to be allocated to a country designated as ‘safe’ for refugees while such a crackdown is underway. He warned that the enhanced defence and security cooperation recently agreed between the UK and Turkey could see co-operation in the use of such technology.

“If these AI solutions establish situations based on newspapers people read, languages spoken, a disabled child, or a bank of choice, it’s about giving pseudo-scientific status to educated guesswork, the implications of which is that those authorities want to put people in situations that make it difficult to defend themselves,” Maccanico told Byline Times.