Mic Wright reveals how infanticide is exploited by the press, while they demonise social workers and do nothing to prevent it

Victoria Climbié was 8 years old when she was murdered by her great-aunt and her great-aunt’s partner in the year 2000. Seven years later, Peter Connelly – “Baby P” – was just 17 months old when he died as a result of abuse by his mother, her partner, and her partner’s brother (all of whom were convicted of causing or allowing the death of a child).

Climbié’s death led to a public inquiry led by Lord Laming while Connelly’s was followed by four inquiries, including a new report by Laming that found that many authorities had not applied his previous recommendations.

In the reports about Labinjo-Hughes’ murder, the names of Climbié and Connelly appear often along with that most hollow of official promises, “lessons will be learned”. But just as governments and officials have palpably not learned lessons, neither has the tabloid media which has cynically, wilfully and callously exploited Arthur Labinjo-Hughes’s killing just as it has done right back to the murder of Maria Colwell in 1973.

Responding to the Laming Inquiry’s findings in 2003, The Sun invoked Colwell along with Kimberley Carlile – killed by her step-father – and Ainlee Walker – murdered by her parents in 2002 – just as it now references Climbié and Connelly:

Remember Maria Colwell in 1973, Jasmine Beckford in 1984, Kimberley Carlile in 1986 and Ainlee Walker just last year? Inquiries into their deaths all blamed the system. Alan Milburn asks those in charge of child protection failures to “search their consciences”. Shouldn’t they be sacked?

In 2009, the paper’s then-editor, now News UK Chief Executive, Rebekah Brooks boasted in a lecture at the London College of Communications that its campaign following Connelly’s death calling for the sacking of all social workers involved in the case – which included headlines such as ‘Blood on their Hands’ – was a “fight for justice” that had “forced” (her word) then Children’s Secretary, now cuddly TV personality, Ed Balls, to sack Haringey children’s services boss Sharon Shoesmith.

Shoesmith received a six-figure compensation payment in 2013 to settle an unfair dismissal claim. Balls said he did not regret his decision but Brooks, during the phone hacking trial which ended with her found not guilty on all four counts, admitted that “balance had gone right out of the window” for The Sun in its attacks on Shoesmith and that its campaign had been “cruel, harsh and over the top”. 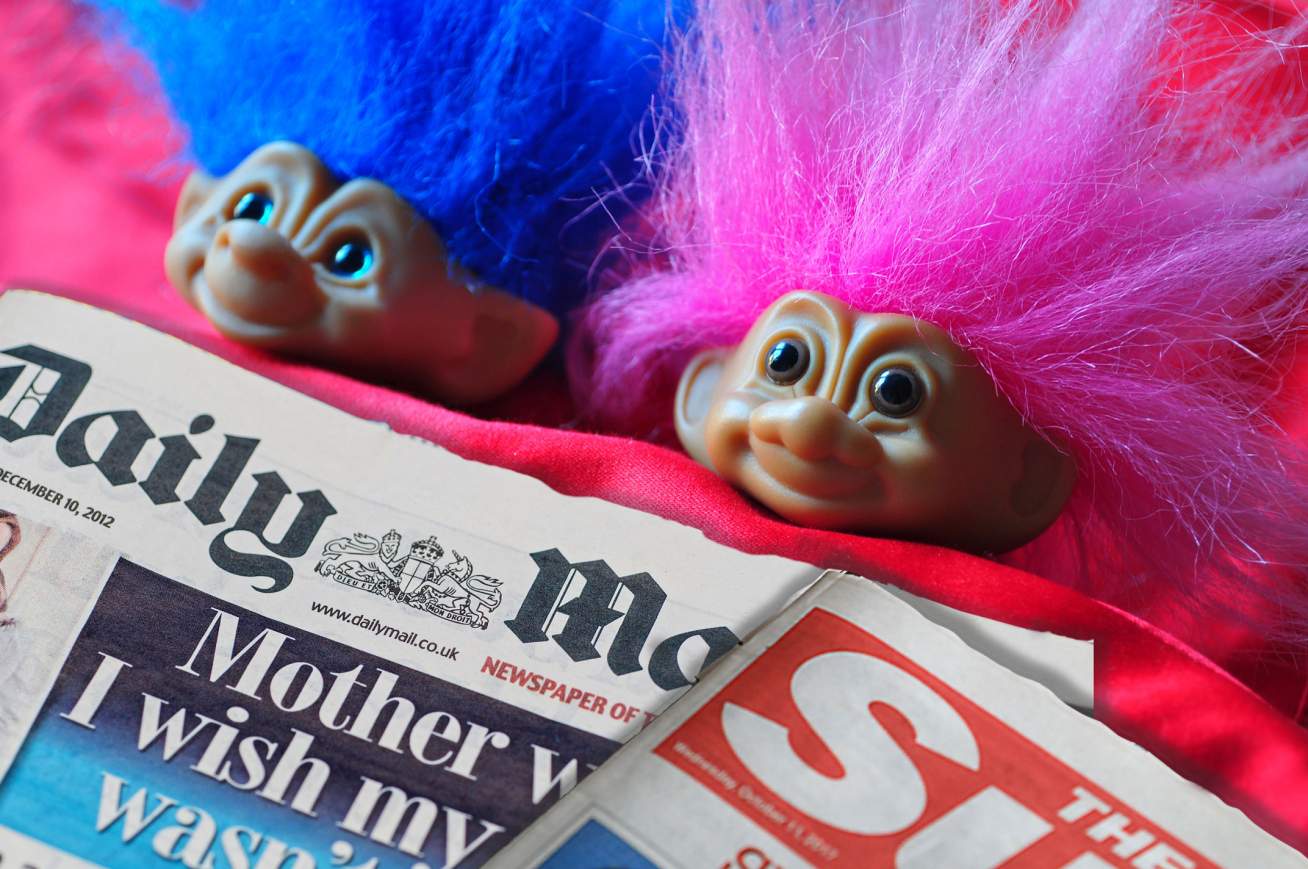 It was hardly an apology and the damage was already done. In 2007, the Conservative Party had published a report titled No More Blame Game in which then Leader of the Opposition, David Cameron, had castigated “the willingness of some parts of the media to point a finger of blame when high-profile cases go wrong” and argued, “this blame game cannot benefit the vulnerable families who need the involvement of social workers”.

But when the ‘Baby P’ story broke, Cameron, encouraged by the editorial line taken by The Sun and other tabloids, rebranded himself as finger-pointer-in-chief. In an article for the Evening Standard following the conviction of Connelly’s killers, he wrote:

Watching the news last night took my breath away. My wife Sam couldn’t watch and left the room… As a father of three young children who I would do anything to protect, I am sickened to the core by these crimes… After the shock and sadness comes anger. It is an outrage that less than 10 years after the murder of Victoria Climbié – and more than three decades since the case of Maria Colwell another child was left to slip through the safety net to their death.

The blame game had never gone away and it was now a very useful weapon for Cameron to attack the ailing Brown administration, even though the Prime Minister could also have used the “as a father of young children” line.

The pattern of media responses after Climbié’s murder and repeated in the Connelly case is there in the emotional manipulation on display now, only with the added ‘bonus’ for editors of having access to video of Arthur Labinjo-Hughe’s suffering to drive clicks. The narrative is one of a “tragic tot” killed by “evil”, rather than of cuts, austerity, neglect, and political failures that had fatal consequences.

In November 2020, analysis by Action for Children, Barnardo’s, the NSPCC, The Children’s Society, and the National Children’s Bureau found that the funding for children’s services has fallen by a third per child in England since David Cameron became Prime Minister in 2010. In its seventh Safeguarding Pressures report, the Association of Directors of Children’s Services found that as budgets have been cut or constrained, demand has rocketed; between 2007/8 and 2019/20, child protection enquiries increased by 162% and the number of children under child protection plans rose by 78%.

Tabloids and tabloid TV personalities aren’t interested in the complicated answers or the difficult solutions. They want monsters to hunt and campaigns they can ‘win’

But that’s not the story told by the campaigns and rhetoric emerging from the tabloid press and populist TV/radio pundits. In The Sun, gratuitously repeating the grim details of Arthur Labinjo-Hughes’ life and death, Jane Moore blames social workers and calls for “older people with life experience” to be hired as if those often underpaid jobs – with the tabloid sword of damn-all-of-these perpetually hanging over them – are easy to fill. The subhead “Blood on their hands”, recalls the Brooks-era front page.

The Sun has also given Boris Johnson space to crow that he will back “Arthur’s Law” – which proposes to make life sentences mandatory – and promise that his killers will “die in prison”. It also offered Tory backbencher, Scott Benton, a megaphone to call for “Arthur Labinjo-Hughes’ twisted killers [to] be executed”. The drumbeat for a return to capital punishment has been growing louder in the tabloids recently including in a Sarah Vine column for The Daily Mail in which she wrote that society must “think the unthinkable”.

The Daily Mail has also pushed for ‘Arthur’s Law’ while sharing and profiting from the horrific footage of him under the headline ‘Struggling Arthur Labinjo-Hughes Cries “No One Loves Me”‘. Meanwhile, Richard Littlejohn – the Mail columnist who glories in the tedious catchphrase “you couldn’t make it up” but does every week, to a deadline – howled that applause at football grounds in Labinjo-Hughes’ honour was “shameless virtue-signalling by a venal, amoral industry”. He could easily be describing his employer’s output.

Surprisingly though, the Mail titles do not represent the lowest point of the press and media’s exploitation of the case. That’s a tie between The Daily Telegraph and GB News. For the former, Allison Pearson penned a column, headlined ‘Arthur’s Tragic Tale Shows How Lockdown Became an Abusers’ Charter‘, which focused entirely on the effects of lockdown – one of her hobbyhorses – rather than the decades of neglect that came before.

GB News’ Dan Wootton – formerly of The Sun and also a MailOnline columnist – pushed the same line, demanding that “schools never be shut again” and combining the familiar tabloid rhetoric of “evil” with a claim that Labinjo-Hughes was “let down by a locked-down society where the usual checks and balances… were thrown out of the window due to a virus that barely gives most children a sniffle.” The cynicism is astounding.

But even Wootton couldn’t match the crocodile tears performance of his colleague, former Brexit Party MEP Alexandra Phillips, delivered in a monologue:

How in this day and age, with the provisions of social services, the police, schools and doctors, with digital cameras and electronic record keeping, with specially-trained safeguarding officers and experts and a litany of historic abuse from which inquiries have sprang [sic] and vital lessons were supposedly learned, how can two evil, sub-human monsters get away with a campaign of the most devastating and horrific child torture for such a sustained period? How?

The answers are there in the continuing cuts to services, in the vilification of social workers for decades, in the tabloid campaigns that made recruiting so much harder, in the “blood on their hands” rhetoric, in the focus on “unusual evil” rather than the day-to-day reality of neglect.

But tabloids and tabloid TV personalities aren’t interested in the complicated answers or the difficult solutions. They want monsters to hunt and campaigns they can ‘win’. When they talk of a “tragic tot”, they are not talking about the real Arthur Labinjo-Hughes who got no chance at life but a symbol they can use.