Meet the Companies for Which Asylum Policy is Big Business

Firms are winning multi-million-pound contracts to run immigration-related services – despite track records of poor provision and health and safety violations. The Byline Intelligence Team with The Citizens reports

Five companies have won £5.8 billion worth of contracts since 2010 to run asylum and migrant services – despite being beset by complaints and scandals, according to new analysis by the Byline Intelligence Team and The Citizens.

The largest of these contracts was won by the outsourcing giant Serco, which was awarded funds worth at least £2.18 billion to deliver a range of services linked to asylum.

This review of the £5,775,065,579 worth of total contracts, comes as the Government toughens its rules “to exclude under-performing suppliers” including those with a “track record of poor delivery, fraud or corruption.”

But the track record of those providing asylum services include housing provision that has been criticised for poor health and safety, judicial reviews, companies facing sanctions for unrelated contracts, and people seeking asylum left without support.

A spokesperson from SOAS Detainee Support told Byline Times: “The capitalist, globalised border industry encompasses a network of private contractors reaping massive profits from border enforcement, detention, deportation, and surveillance. The UK is among the biggest profiteers, with British mega-companies like Serco, G4S, and Mitie harming migrants not just here but around the world.”

A Series of Scandals

Back in 2019, The National reported that Serco had faced fines “for failing to meet the terms of its contract to provide accommodation for asylum seekers in Scotland and Northern Ireland”. Serco told Byline Times that: “The vast majority of the Service Credits referred to were taken in the early years of the contract prior to 2015, following what we acknowledged to be a very difficult service transition in 2012. Both Serco and the Home Office took issue with the National that the story was substantially inaccurate in that Service Credits are not, and cannot accurately be described as, ‘fines’.”

One of the most recent contracts was given to Mitie, a London-based outsourcing company, which was tasked with running a newly-opened immigration removal centre for women known as Derwentside, in County Durham. Since 2010, Mitie has been awarded contracts worth at least £627 million, including for managing detention centres in Heathrow airport and for providing escort services to people being deported from the UK. Mitie has previously been criticised for its “insanitary” asylum accommodation.

Alongside Serco and Mitie, the housing providers Mears and Clearsprings Ready Homes have also won large contracts to provide immigration-related services, specifically housing for people seeking asylum or who are waiting for their claims to be assessed.

Clearsprings has been awarded contracts worth at least £996 million since 2010, including to run Napier Barracks, a former army barracks that houses men seeking asylum. In 2019, Mears won three 10-year asylum accommodation contracts worth a total £1.15 billion to run asylum seeker housing in Scotland, Northern Ireland, and in Yorkshire, the Humber and the north-east of England.

Both organisations have faced repeated criticism for the housing support they provide. In June this year, a judicial review found that housing people in barracks such as Napier was “unlawful”, with conditions described as “squalid” and “unsafe”. Nearly 200 people contracted Coronavirus in the estate, which had also caught fire. The judge ruling on the case said: “I do not accept that the accommodation there ensured a standard of living which was adequate for the health of the claimants.”

This was not the first time that Clearsprings has been shown to provide poor housing provision. In 2019, the Guardian reported how refugees were crammed into hostels in Southall, London, which were “overrun with cockroaches, rats and mice”. The hostels were managed by Clearsprings through a subcontractor called Mylondonlets.co.uk.

Another subcontractor working for Clearsprings was Stay Belvedere, accused of paying staff less than the minimum wage. The latter company was also hit by allegations of staff sexually harassing asylum-seeking women staying in its hotel accommodation.

Clearsprings did not respond to a request for comment.

The accommodation provided by Mears in Glasgow was described by Positive Action In Housing “as the most inhumane we have ever witnessed”. Mears provides accommodation for 5,000 people seeking asylum in the city.

The report continued, saying that “evidence began to emerge of asylum seekers going hungry, being refused medical treatment having no money to buy sanitary protection, toiletries, mobile phone top ups or bus passes for essential travel”. South of the border, the housing chair at Sheffield Council said Mears should be “sacked”.

Many of the contracts were awarded in 2019 as the Home Office transitioned to a new system for asylum accommodation. According to a report by the charity Refugee Action, transition from one set of Government contracts to another led to the system being “almost fatally disrupted”. It described how the transition meant people seeking asylum “began to experience unacceptable and entirely avoidable destitution. There were… chaotic moves in and between substandard asylum accommodation”.

The final major contract was for Sodexo, with contracts worth at least £525 million. The company was tasked with organising the Aspen prepaid card given to people seeking asylum when they are living in the community. The card provides people with the £39.63 a week they are entitled to, for covering food, clothing, transport and other essentials. People housed in hotels receive an £8 a week allowance.

Analysis by the charity Refugee Action found that, between 2019 and 2020, its clients faced average delays of 15 days to receive a functioning Aspen card once they were in their asylum accommodation. This was in addition to the average wait of 40 days that service users experienced from the point of their application for asylum support to the point of their dispersal. In this time, they were dependent on charitable handouts or destitute. 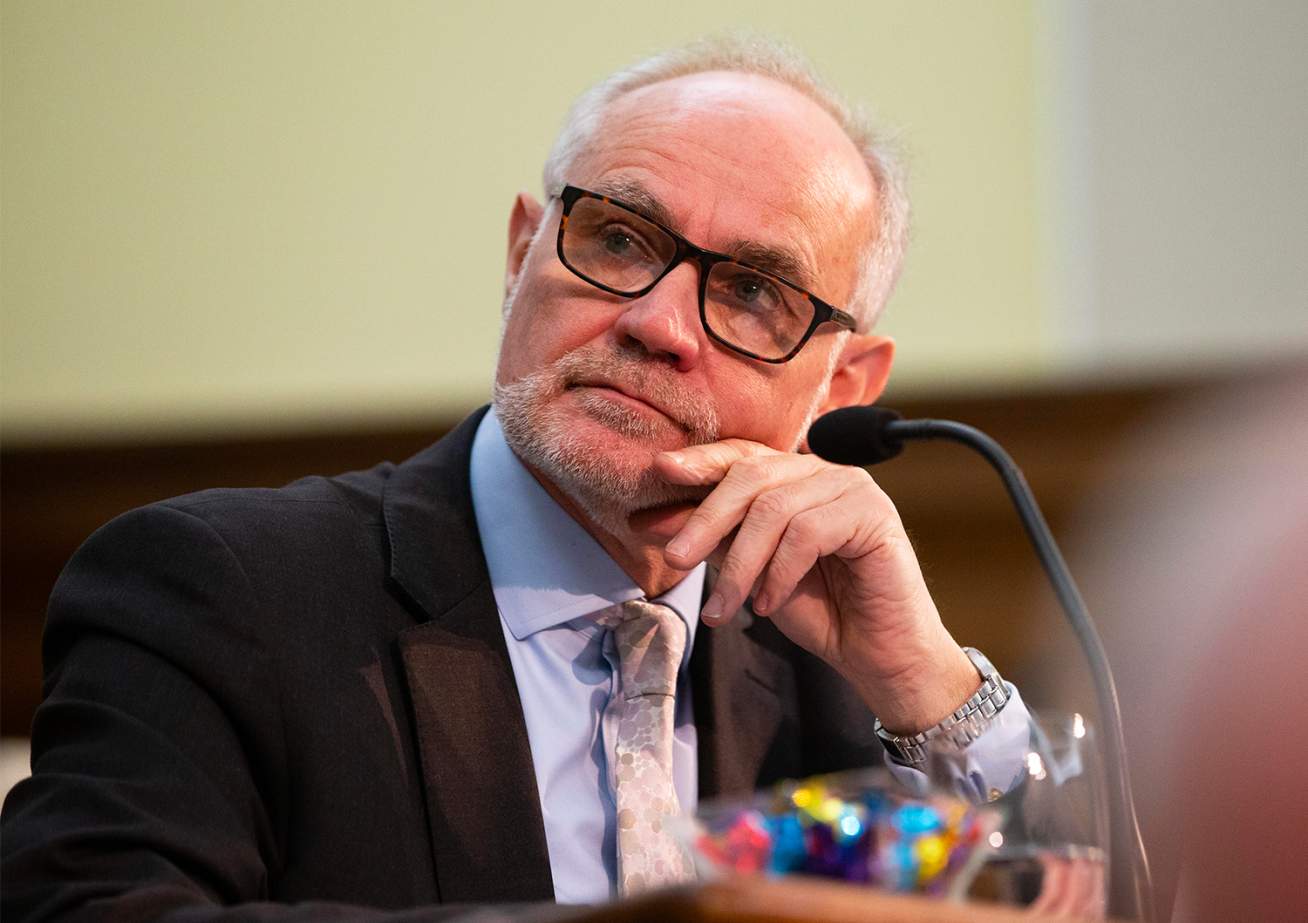 The decision to continue to award housing and detention centre contracts to organisations that have been criticised for various health and safety failures demonstrates the Government’s commitments to its much-criticised policies on asylum – and how private interests benefit from those policies.

Take, for example, the case of Napier Barracks. The Home Office justified the decision to house vulnerable people in former army barracks because housing people in more “generous” accommodation would “undermine public confidence in the asylum system”. It was, put simply, a way to look tough on immigration.

Then there’s Derwentside. For years, activists campaigned to close down Yarls Wood and end the detention of women seeking asylum or facing deportation. While Yarls Wood’s usage changed, this new centre was created.

Before Derwentside opened this autumn, women were held in Yarls Wood, a centre run by Serco which has historically faced accusations about the behaviour of its guards since it opened in 2001, including through undercover footage taken by Channel 4 News in 2015. Serco told Byline Times that since this was reported: “Her Majesty’s Chief Inspector of Prisons (HMCIP) and the Independent Monitoring Board (IMB) have reported independently on Yarl’s Wood and have had full access to the establishment, the staff and the residents. In the words of HMCIP ‘a high proportion of detainees told us they were treated with respect by staff’ and rated Yarl’s Wood in this area ahead of other comparable establishments.’ Their full report can be found here.”

Serco also explained that allegations around Yarls Wood and those made in the National were historic, that it is now under new leadership and a “trusted supplier to Government.”

The Home Office’s own equality impact assessment of the new centre in Derwentside found that women pose very little security risk, and acknowledged the need to significantly reduce the number of women in detention. It also made clear that, because women held in detention are often survivors of gender-based violence, and therefore vulnerable, they should be detained only where immigration control considerations outweigh vulnerability considerations.

The impact of immigration detention on mental health is known and recorded. And yet the policy continues – with big profits available to the companies that win the contracts.

“The opening of Derwentside and Mitie’s multimillion-pound contract to run it shows just how much the UK Government and companies are prioritising profit over the safety and wellbeing of human beings,” explained a spokesperson from SOAS Detainee Support. “The border industrial complex is only profitable so long as there are people who can be surveilled, detained, and deported.”

“There is absolutely no need for detention centres to exist,” they added. “The majority of people detained are released, meaning the government never really had grounds to detain them in the first place. Detention only serves to further traumatise the people locked inside, including women who need support and community. Our friends who have been detained at Yarl’s Wood tell us just how atrocious the conditions are for women, and we have no doubt Derwentside will be the same if not worse.”

Mitie, Mears and Sodexo did not respond to requests for comment.