A Naked Interview With Mike Leigh

Chris Sullivan talks to the filmmaker Mike Leigh, as a major retrospective of his work is launched by the BFI

Chris Sullivan: Your film Naked, which is being re-released, is partly set in Soho. Will it be a nostalgic watch for those who were there at the time?

Mike Leigh: It depends on your personal experience. When we were filming the Soho sections, we had to do so overnight on the steps of Lina Stores, on Brewer Street. Lina Stores didn’t know we were going to shoot there and because we had no crowd or traffic control, when you see the film it is all exactly how it was in the moment.

Mike Leigh: I came to Soho for the first time in 1958/59 when I was a teenager, getting the overnight train down from Manchester. In 1960, it was full of artists and was very gentle. It was very different in the 1990s when we were shooting Naked. But any Soho lamentation has to focus on the nasty, hard-nosed and commercial happenings going on now. Berwick Street, for example, has been killed.

Chris Sullivan: After Coronavirus I thought that people would realise that there is more to life than possessions, profit and money.

Mike Leigh: The destruction of the buildings in Soho means we’ve lost the history, soul and texture. This was an undefinable thing that has been lost.

Chris Sullivan: In Naked, there seems to be a comparison between the two male leads. You have working-class Northerner Johnny, and Sebastian, a complete upper-class horror and a total cad.

Mike Leigh: This was very deliberate. Johnny is a complex character. People say he is a misogynist. He’s not. His sexual thing gets the better of him. But the landlord, Jeremy, or Sebastian, is unquestionably misogynistic. It is a complex film. I defy anyone to say what it’s all about. I’m not so sure myself. I don’t make films that tell the audience what to think. I don’t make films designed to offer a happy ever after. Viewers have to draw their own conclusions. When we showed the film in New York someone asked whether Johnny would be dead within an hour of the film’s end. My answer was that it’s up to the viewer.

Chris Sullivan: But all great art should do that. Art by its very nature should not need someone to explain what the message is. Great art, music and film should convey a message that might be different for every person.

Chris Sullivan: Apocalypse and surveillance are themes in the film.

Mike Leigh: I was thinking about the coming millennium and what the world would be like afterwards. David Thewlis had just met this American in Soho who was parroting all this conspiracist nonsense about laser tattoo…Big Brother stuff. We added all this to Johnny’s character. It’s all very pertinent now. 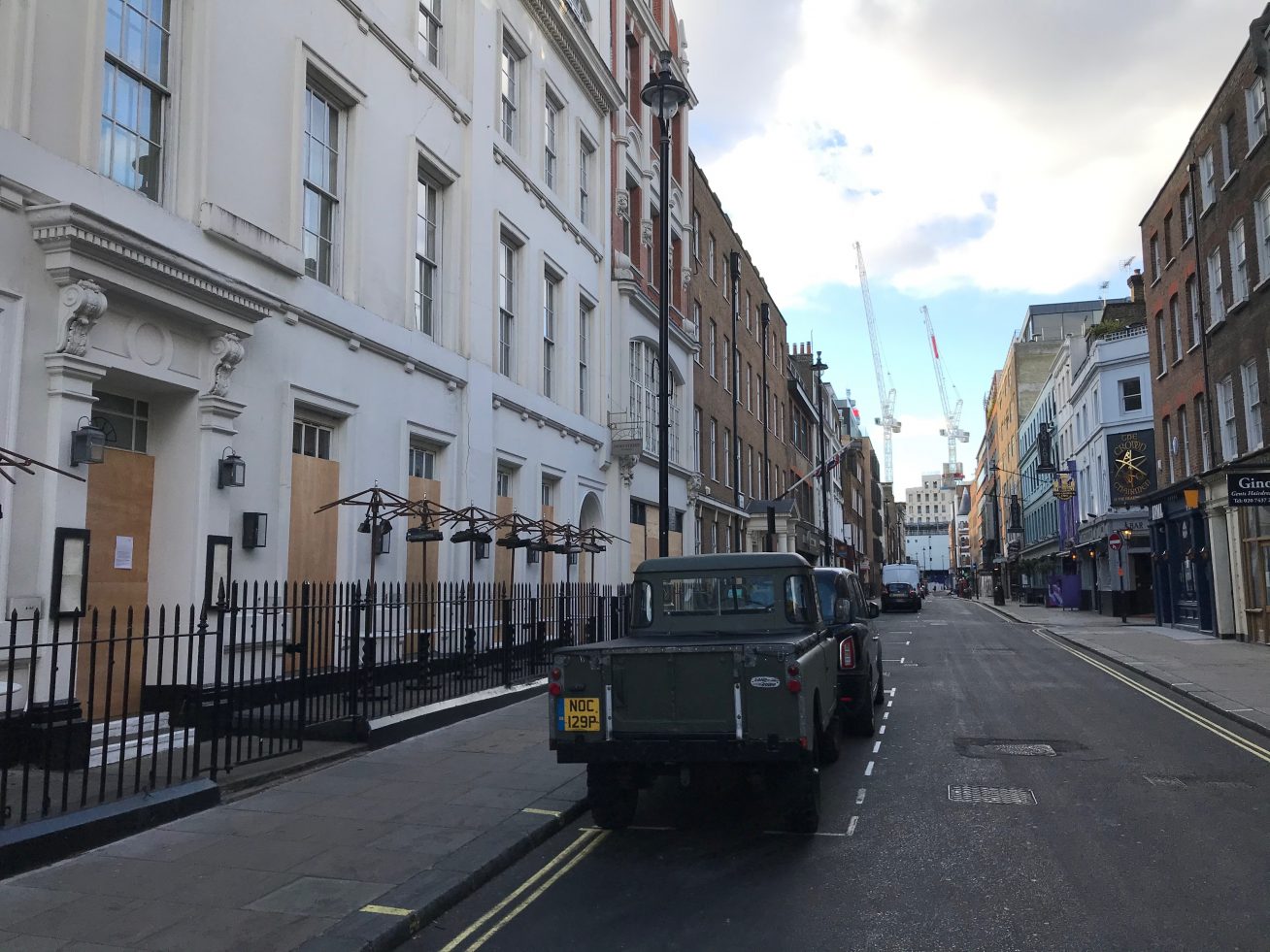 Chris Sullivan: With Johnny and with characters in your other films, they feel like people I’ve met and people I know.

Mike Leigh: I base my characters on people I’ve seen. The job for me is putting the world I experience on the screen.

Chris Sullivan: I think that what great cinema is – the injection of these fleeting moments and characters into a storyline.

Mike Leigh: There is room for all kinds of cinema, so long as there is room for real life.  Hitchcock wisely said that a woman who spends all day cleaning and ironing doesn’t want to go to the cinema to see someone washing and ironing. I disagree. People want to see lives that resonate with their own experience.

Mike Leigh: Before arriving in London in 1969 on a RADA scholarship, I’d never seen a foreign movie. I then watched French, Italian, Indian, Swedish movies – Jean Renoir, Truffaut, Bergman. I went from RADA to Camberwell Art College. It was there that I had a revelation during a life drawing class. I looked around and saw this absolute concentration. Everyone was focused and silent. This was something I had never experienced at RADA. It got me thinking about whether it was possible to create work with actors in the same way. We create art that combines writing with directing and acting in an organic progress. To me, that is what being an artist is really about.

Chris Sullivan: Tell me about Peterloo

Mike Leigh: After making Mr Turner, I realised there wasn’t a movie made about Peterloo despite it being a significant historic moment. 2019 was also bi-centenary. Growing up in Manchester, where it happened, we weren’t taught about it at school. This was a massacre of protesters by soldiers. But as I started researching I saw that the events depicted in the film were relevant and growing increasingly relevant. It’s a film about democracy. Everything that was going on with Brexit and Trump made the themes very pertinent. By the time it was released it was so, so relevant.

Chris Sullivan: Another film that feels prescient is Vera Drake.

Mike Leigh: I was around a lot of people who had suffered from this problem for so long. I wanted to make a comment on this life issue and it was very well received.

Chris Sullivan: Another favourite of mine is Mr Turner.

Mike Leigh: Although I went to art college, he wasn’t on my radar. I was into Picasso and Dali. To me, Turner and Constable were landscape painters that my auntie would have on her wall next to the flying ducks. It wasn’t until I shared a flat with a guy who had a print of Turner’s The Fighting Temeraire that the penny dropped. No one had made a film about this curmudgeonly, complicated, eccentric guy and the tension between his character and his work. His poetic, spiritual, epic, fantastic work is so cinematic. I had to make a film about him.

Chris Sullivan: Does a subject find you or do you find it?

Mike Leigh: When I find a subject that draws me in I have to make a film about it. When I made Topsy-Turvy people found it an odd choice. But I wanted to do a historical film about an unlikely subject. I’m expected to do Naked or Meantime or even Nuts in May and Abigail’s Party. I applied the way I work with actors now to the late 19th Century world. For me, it was a way of turning the camera on us who go to Hell and back to make these movies to entertain other people.

Naked is out in cinemas now and available on Blu-ray.