Downing Street is engulfed in a row about whether or not it hosted a Christmas party last year after ordering the rest of the country into lockdown, but this isn’t the first instance of the Government acting with impunity – or to the detriment of its own citizens – in relation to public health.

Despite the scale of public outrage at the time, the Government’s culpability for the Grenfell Tower fire, which killed 72 people in 2017, has largely flown under the radar.

Yet, lawyers acting for the Government said at the public inquiry into the disaster yesterday that it was “deeply sorry” for its failures of oversight during the construction and refurbishment of tower blocks, including Grenfell.

The Department forLevelling Up, Housing and Communities, which is responsible for building standards, acknowledged that the tragedy might not have happened “had there been a functional enforcement system”, but also blamed the construction industry for failing to follow the rules.

Survivors and bereaved relatives represented by the Grenfell United campaign group were distinctly unimpressed, dismissing the apology as “deeply offensive”.

They declared that “the system isn’t broken, it was built this way” pointing towards systemic failings that contributed to the fire.

Their views are echoed by Justice For Grenfell campaigner Yvette Williams, who told the Byline Times Podcast that in the years leading up to the tragedy, there had been sustained efforts to offload public land and buildings to private investors.

“That fire didn’t happen in a vacuum,” she said. “There was a drive to close down our public library, there was a selling off of public assets to a private school, one of the local nurseries that had been here since the 70s was suddenly shut down.

“There was gentrification and wilful neglect of [council-owned] properties where they’d just run it down and say ‘it’s too bad to repair it, why don’t you move to Milton Keynes?’” 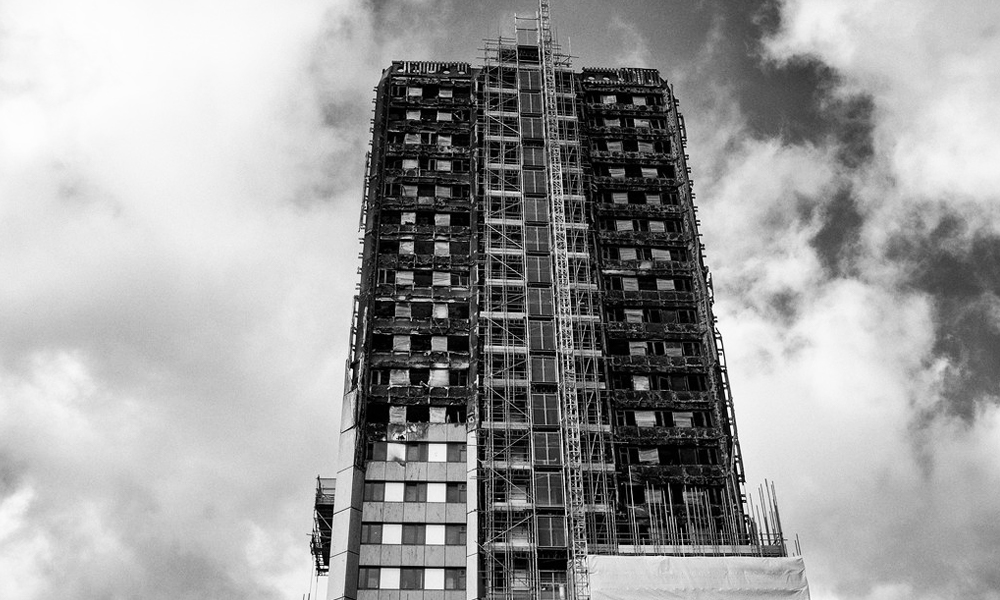 This is nothing new of course. ‘Private enterprise – good; public ownership – bad’ has been a Conservative mantra since Margaret Thatcher’s time as Prime Minister, and continues unabated today – not just in the housing sector, but across many parts of the economy, including the water and energy industries, the railways and, most controversially, the NHS.

At the same time, Whitehall has conspired in a degradation of local authority provision, with a period of public sector austerity forcing councils across the country to cut many valued services, including a 32% reduction in the number of health and safety inspectors over the last decade.

In the case of Grenfell, lax supervision by the local Conservative-led administration and greed on the part of firms hired to carry out the refurbishment led to the installation of cheap cladding which turned a small kitchen fire into a conflagration – spreading throughout the entire block, with deadly consequences.

“Looking at the evidence it’s clear that cost-cutting led to this terrible disaster. It was completely avoidable,” says journalist Richard Norton Taylor, whose play ‘Value Engineering’ is based on the first phase of the Grenfell Inquiry.

There are now calls from survivors’ groups for the Government to compel former Prime Minister David Cameron to attend the Inquiry. If Cameron does attend, he’s likely to face an uncomfortable ride. He stands accused of empowering careless private sector firms while starving local services of resources.

In a speech in 2012, Cameron described health and safety legislation as “an albatross around the neck of small businesses” and called for the scrapping of half of all existing regulations.

Disdain for the small print extends, of course, to the current incumbent of Downing Street – and not just over the question of last year’s festive gatherings. Johnson’s failure to wear a mask at Hexham Hospital last month; his support for Dominic Cummings over his alleged trip to Barnard Castle; the attempt to re-write parliamentary rules to protect Conservative MP Owen Patterson; and calls for a post-Brexit “bonfire of regulations” are all representative of his personal laissez-faire philosophy.

This found its deadliest expression in the Government’s ‘too slow to lockdown, too quick to open up’ response to the pandemic, which contributed to the mass spread of the virus and the avoidable deaths of thousands of people.

It’s tempting to draw conclusions from the fact that both Cameron and Johnson attended Eton College and exude the air of arrogance and entitlement that often goes with it – a sense that rules are for ‘the little people’, not for the likes of them.

That said, their view of the world is widely shared by Conservative backbenchers, press barons, newspaper columnists and radio shock jocks – many of whom didn’t attend the eminent institution.

The hard evidence shows that the little people suffer from the consequences of reckless impunity. And if the Government’s apology for its failings over Grenfell Tower is to mean anything, it’s time it changed approach.