In the light of revelations that Prince Andrew was funded by a major Conservative donor and the Banque Havilland, Turlough Conway explores the connection with another major political donor Dmytro Firtash

A Luxembourg private bank and an offshore company controlled by one of the British Conservative Party’s biggest donors re-mortgaged a disused underground station and a private mansion for indicted Ukrainian oligarch Dmytro Firtash, Byline Times can reveal.

This follows news that the donor in question, David Rowland, paid £1.5 million to his close friend Prince Andrew days after the Queen’s son borrowed a similar amount from Rowland’s Banque Havilland.

Land registry records show that the disused tube station in London’s Brompton Road was purchased by Firtash for £53,375,000 from the Ministry of Defence in 2014 and was re-mortgaged to Banque Havilland in 2016. Another re-mortgage on the property occurred in 2018, this time provided by a Guernsey-registered company, Brooksford Overseas.

Guernsey company records show David Rowland as a director of Brooksford Overseas and that the new re-mortgage was signed by his son Barclay Rowland. On the same day, Firtash’s London mansion – located next door to the disused Tube station – was also re-mortgaged to the same Guernsey company.

It is not clear why the Rowlands would choose to refinance properties owned by Dmytro Firtash, who has been under an FBI indictment since 2013 and is currently under house arrest in Vienna, fighting extradition to the United States.

A billionaire who has, at various times, controlled much of the gas, fertiliser and titanium industries in Ukraine, Firtash was this year sanctioned by the Ukrainian Government for selling titanium products that allegedly ended up being used by Russian military enterprises. 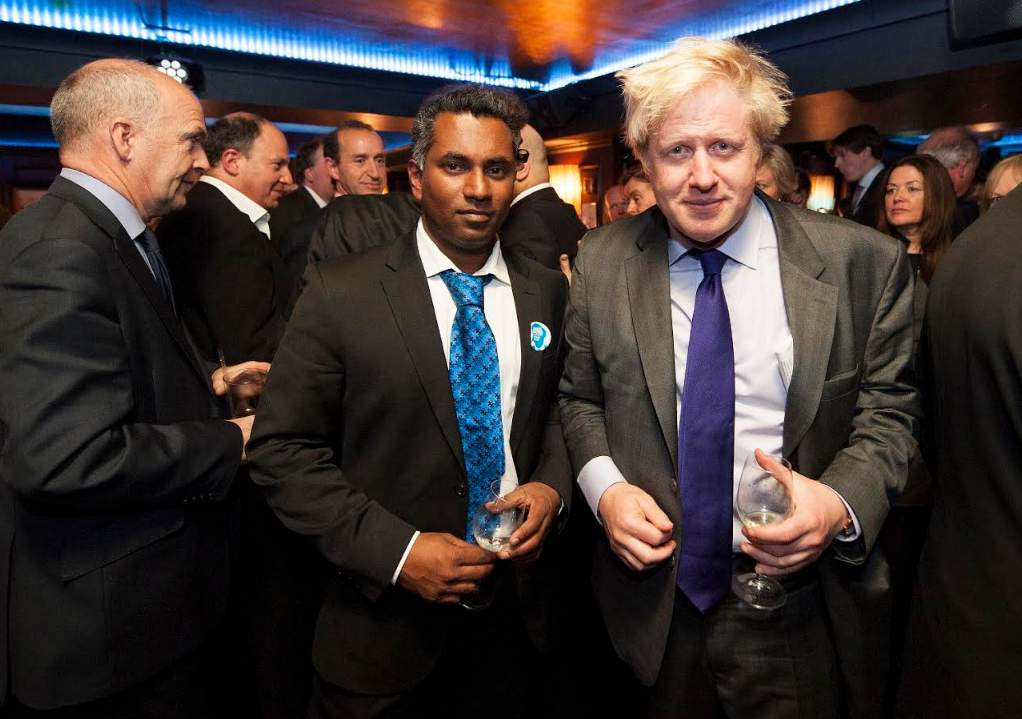 A spokesperson for Banque Havilland categorically denied any wrongdoing.

They told Byline Times that “due to relevant laws and regulations the bank cannot comment on alleged clients, transactions or loans”, that “compliance with legal and regulatory requirements are the foremost priority of the bank” and that “any inference of wrongdoing is categorically denied”.

However, this new information comes at a time when the Labour Party is challenging the ruling Conservative Party over donations linked to Russian or Soviet-born oligarchs. The wife of a former ally of Vladimir Putin, Lubov Chernukhin, and the industrialist Alexander Temerko and the Aquind energy company he part-owns, have made donations in excess of £1 million to the party.

Rowland is reported to have donated more than £6 million to the Conservatives, while Firtash was also a generous donor through his UK entities.

The initial 2014 purchase of the Tube station by Firtash from the Ministry of Defence – involving the then Mayor of London Boris Johnson’s Transport For London – prompted a series of parliamentary questions.

The Government claimed that due diligence had been carried out around the sale to Firtash and said that it was unaware of the then sealed FBI indictment against him – even though the first was lodged in October 2013, and the second two days before the property transfer documents were signed.

The signatory was a close associate of Firtash’s, Denys Gorbunenko, and witnessed by Anthony Fisher, a senior consultant at Bell Pottinger, who was also a director of Firtash’s British-registered charitable foundation.

A handwritten note on the transfer documents states that Gorbunenko had been given power of attorney for Firtash just two days previously, on 24 February 2014.

The previous year, Gorbunenko’s attempt to bail out the troubled stockbroker Seymour Pierce had been blocked by an eight-month investigation by the Financial Services Authority. According to The Times, the regulator “was unhappy about the Ukrainian’s business dealings in his homeland”.

Emails leaked to the Organised Crime and Corruption Reporting Project suggest that Gorbunenko was involved in the legal and public relations teams building a defence case following Firtash’s 2014 arrest in Vienna.

Gorbunenko was also linked to Donald Trump’s attempts to taint Joe Biden with allegations about his son’s activities in the Ukrainian energy company Burisma, which led to the former President’s first impeachment trial. According to the Washington Post,  Trump’s lawyer, Rudi Giuliani, met with Gorbunenko and Firtash’s legal team in London in June 2019 on his quest to find dirt on Hunter Biden. 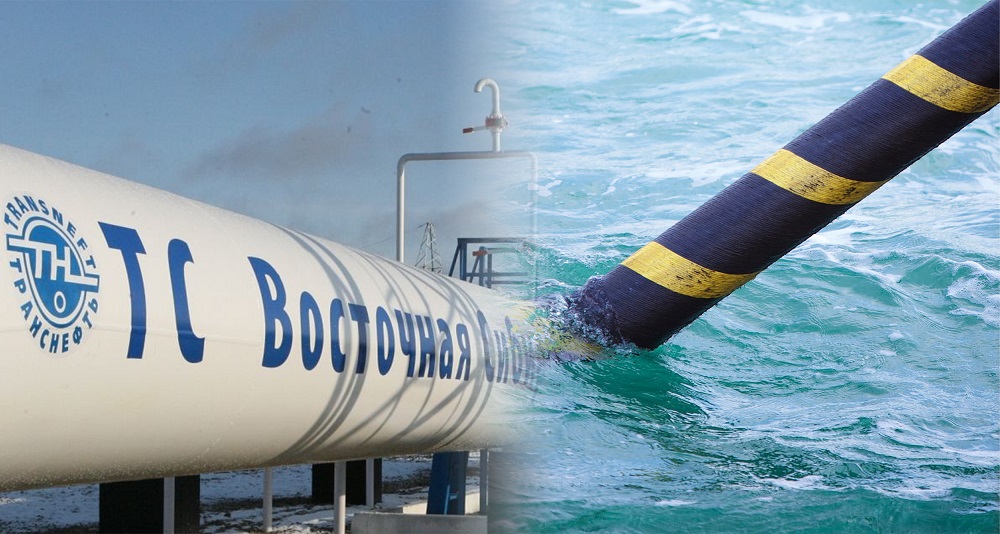 A Banque Havilland spokesperson told Byline Times that relevant laws and regulations prevented it from commenting on clients, loans or transactions and so it could not explain why the bank had taken over the mortgage for the Brompton Road station and any connections with Dmytro Firtash.

There are scant public records of any prior connection, though generous donations to the British Conservative Party are a common factor.

David Rowland formed Banque Havilland by buying the Luxembourg arm of the Icelandic bank, Kaupthing, clients of which had given more than £900,000 to the Conservative Party before its collapse in 2011. One of Kauputhing’s biggest clients, the property tycoon Vincent Tchenquiz, invested in the Zander Group in 2005, in which Firtash was a major shareholder.

Through various UK entities, Firtash was also a Conservative donor before his FBI indictment. In 2010, the Daily Mail claimed that Baroness Pauline Neville-Jones was not promoted to the role of National Security Advisor to then Prime Minister David Cameron because her office had received £20,000 a year from British businessman, Robert Shetler-Jones, who was the inaugural CEO of Firtash’s company Group DF.

At that time, Shetler-Jones was reported to have made around £80,000 in other donations to the Conservative Party, both as a private individual and through Scythian Ltd – co-founded by a witness to the Brompton Road acquisition, Anthony Fisher.  Scythian was described on the Group DF website as “a consultancy advising businesses on the structuring of corporate acquisitions in the Former Soviet Union”.

Anthony Fisher and Robert Shetler-Jones were also both directors of the British Ukrainian Society which received support from Group DF, though Shetler-Jones resigned in 2016. Its directors still include Lord Risby of Haverhill, and Raymond Benedict, the Earl of Oxford. Conservative MP John Whittingdale took several trips to Ukraine paid for by the British Ukrainian Society while the ousted President, Viktor Yanukovych, was in power. He resigned as director in 2014.

Could the Migrant Crisis on the Belarusian-Polish Border Lead to a Major War in Europe?

Nikola Mikovic, 16 November 2021
Nikola Mikovic explains how the weaponisation of refugees by the Belarus dictator Alexander Lukashenko is a serious new escalation in the conflicts between the EU and Russia over recognition, energy supplies and the frozen war in Ukraine 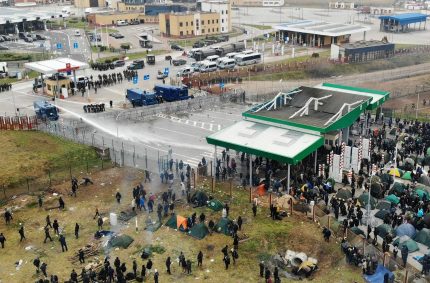 Boris Johnson and the Lebedevs: A Funny Peculiar Friendship

John Sweeney, 21 October 2021
John Sweeney assesses the relationship between the British Prime Minister and the newspaper baron Lord Lebedev, in the light of an Italian intelligence report about his father