In the aftermath of the 2016 EU Referendum, in July 2017, a leading political figure was concerned about the UK’s elections laws. “Overall, it is clear that the entire regulatory structure around national elections including data is really bad,” they said.

“There are so many contradictions, gaps, logical lacunae that it is wide open to abuse… There has been no proper audit by anybody of how the rules could be exploited by an internal or foreign force to swing close elections. These problems were not fixed for the 2017 election and I doubt they will be imminently… The system cannot cope with the fast changing technology.”

These were the words of Dominic Cummings, the architect of Vote Leave’s victory in 2016 and the man who would once again brutally exploit these democratic holes in 2019.

Indeed, after he was appointed as the Prime Minister’s chief aide in July 2019, Cummings took no steps to address the deficiencies that he had previously highlighted.

In July 2018, the Electoral Commission watchdog found that Vote Leave had broken electoral law. The campaign broke spending limits imposed by Parliament to ensure a fair referendum by colluding with another organisation, thereby exceeding the spending limit by £449,079 – a huge amount of money in any political campaign. At that time, the Information Commissioner was also carrying out an inquiry into the use of data by Vote Leave.

DIGITAL GANGSTERSThe new book from former Labour MP Ian Lucas, lifting the lid on how data and electoral corruption warped democracy with Brexit and beyond…

Out this winter through Byline Books: CLICK HERE to get your copy

When Cummings was appointed to Downing Street by new Prime Minister Boris Johnson, working alongside their Vote Leave ally Michael Gove – who was put in charge of elections – these three players were in an ideal position to remedy the “really bad” regulatory structures ahead of the 2019 General Election. But they did not.

The Government took no action to remedy elections regulations, ignoring recommendations from the Electoral Commission, the Information Commissioner and the Commons’ Digital, Culture, Media and Sport (DCMS) Committee, of which I was then a member.

At every turn, Johnson, Gove and Cummings – now the ‘Vote Leave Government’ – frustrated my efforts in the autumn of 2019 to require them to give evidence to the DCMS Committee and to fully disclose their personal knowledge of the Vote Leave’s unlawful actions.

It seemed as though they wanted to ensure that the UK’s existing electoral laws – the ones which underwrote the 2016 referendum – remained in place for the next general election.

But on the DCMS Committee, we had uncovered evidence that the Vote Leave campaign had micro-targeted individual voters using vast amounts of data gathered on social media during the course of the referendum. According to Cummings himself, Vote Leave deployed these adverts en masse in the “final crucial five days” of the campaign, in order to swing the vote. 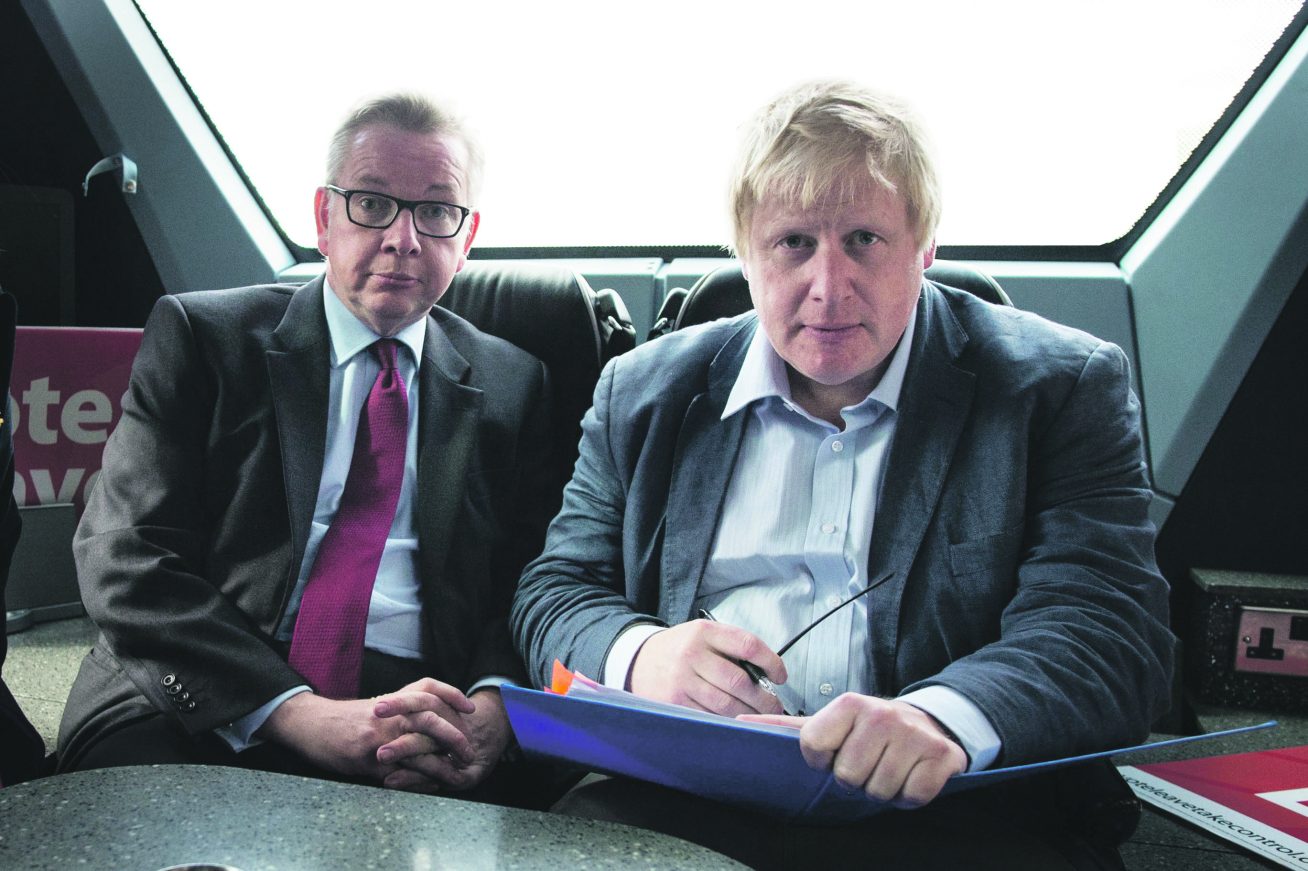 Johnson, Gove, CummingsThe Trio Behind a Law-Breaking CampaignObstructing Further Investigation– What are they Hiding?

After the 2019 General Election – in which I stood down as the Labour MP for Wrexham – the new Government introduced an Elections Bill. This should have been a vehicle to address the widely accepted deficiencies in electoral law highlighted following the Cambridge Analytica scandal. It is, instead, a partisan set of proposals which fails to address the obvious problems that Cummings describes. Notably, it seeks to reduce the powers of the independent Electoral Commission which exposed the unlawful activity of Vote Leave.

This story is, of course, part of a pattern. Since 2016, Boris Johnson has acted repeatedly to subvert fair play and the rule of law: the deceptions of the EU referendum; his unlawful prorogation of Parliament in 2019; failing to disclose the Russia Report prior to the 2019 General Election; breaking international treaties; and once again misleading the electorate by negotiating an ‘oven-ready’ Brexit deal which he then attacked and rejected.

Throughout all of these scandals, Johnson and his Vote Leave cabal have prospered – because the system is fatally flawed.

Against this backdrop, it is no surprise that Johnson sought to overrule an independent finding of “egregious” lobbying levied against one of his MPs and to rip up the entire House of Commons disciplinary system – again for partisan advantage.

Boris Johnson sees the law on corruption – financial as well as electoral – as a barrier to his unfettered exercise of power. He always has and he always will. If we are to restore our country’s reputation, the system must undergo radical, fundamental change.

Ian Lucas was the Labour MP for Wrexham from 2001 to 2019. His book ‘Digital Gangsters’ will be published by Byline Books in 2022