A new report reveals the influence of Lorenzo Vidino, who has repeated the far-right Great Replacement conspiracy, on anti-Muslim raids that left children traumatised

‘Experts’ sharing far-right conspiracy and with links to neoconservative groups were consulted in the run-up to traumatic raids against Muslim families in Austria a year ago, a report reveals today.

The Operation Luxor raids, which took place in the Central European country on 9 November 2020, targeted 70 homes and mobilised 930 officials including police officers and special unit agents. The raids were overseen by Interior Minister Karl Nehammer. In the intervening 12 months, no one affected by the raids has been charged for any offence. Nine of the raids have since been deemed unlawful.

The raids followed a terrorist attack committed by an individual linked to ISIS. Despite attempts by MPs and the media to link the two events, there is little evidence to suggest any connection – not least because the attack was committed by ISIS and the raids were targeted against families accused of being part of the Muslim Brotherhood.

Nehammer has been accused of failing to act on warnings about the perpetrator of the attack by focusing instead on Operation Luxor.

Counter-terrorism expert Dr Maria Norris told Byline Times: “The fact that experts with clear links to the far right were consulted in regards to a counterterrorism operation affecting Muslims is deeply concerning, but not at all surprising. Unfortunately, there is a strong overlap between right-wing Islamophobic beliefs and many of the assumptions underpinning modern counterterrorism policy across Europe.”

The report, authored by CAGE and ACT-P, shines a light on how the Austrian state cited “experts” with links to far-right views before launching the raids.

These included Lorenzo Vidino, who was referenced 35 times in the Luxor arrest warrants. Vidino is well-known for promoting “conspiracy theories about the Muslim Brotherhood in Europe and the United States” and is on record advocating the Great Replacement theory. The baseless far-right conspiracy posits that white people are being replaced in the Global North by rising, mostly Muslim, migration.

In 2005, when asked if Europeans were witnessing “the end of Europe” by FrontPage magazine – the far-right publication of anti-Muslim, anti-immigrant and anti-black activist David Horowitz – Dr Vidino described how “Europe as we knew it 30 years ago is long gone. Demography doesn’t lie: in a couple of decades non-ethnic Europeans will represent the majority of the population in many European cities and a large percentage of them will be Muslim.”

Vidino’s publications have been cited by the anti-Muslim blogger “Fjordman,” whose texts Norwegian white nationalist and mass murderer Anders Breivik copied into his manifesto. Breivik killed 77 people in Norway in 2011.

In the ideological reasoning for the Luxor raids, the State Prosecutor relied heavily on Vidino as an “expert witness.”

Vidino is a senior policy adviser for the European Foundation for Democracy (EFD), a Brussels-based think-tank that has been described as “anti-Muslim”. In a study of transatlantic Islamophobic networks and funding, the researcher Sarah Marusek listed the EFD alongside the neoconservative think-tank the Henry Jackson Society. Vidino was listed as a Policy Council Member of the society in 2012 and 2015.

Austria’s Documentation Centre for Political Islam is also linked to Vidino. The organisation was set up to counter the loosely-defined “political Islam” and has received €0.5 million of public money under the jurisdiction of Integration Minister Susanne Raab.

The centre has set out to create an overview of problematic networks and associations in Austria that can be attributed to political Islam. This includes the Islam Map, which locates Islamic centres, mosques and even shops across Austria. The map’s publication has been linked to a rise of far-right attacks against Muslim spaces, with far-right group Die Identitären sharing the map around its networks.

The Centre has been accused by the report’s authors of feeding “into a general suspicion of Muslim civil society actors within Austria, whereby it is widely assumed that they would pursue hidden agendas by lying to the public and society by trying to disguise its activities.”

A History of Islamophobia

As well as Vidino, the Centre’s members Heiko Heinisch and Nina Scholz were invited and paid to write a study preparing the ideological ground for carrying out Operation Luxor. Both were hired by the Graz Public Prosecutor.

According to the report, their ‘expert’ opinion “provided the basis for the raids”. However, the authors continue, “in terms of content, the opinion was itself the outcome of an assessment of completely erroneous and false information.” This has been, they claim, “confirmed by the Higher Regional Court of Graz.”

Heinisch has received support and sponsorship from the Austrian Integration Fund (ÖIF), which has, in turn, supported the anti-Muslim policies of Austria’s far-right Freedom Party. According to an analysis completed by the Bridge Initiative – a Georgetown University project on Islamophobia –  the ÖIF has a history of producing anti-Muslim research.

The Freedom Party is controversial for its far-right policy-making and history, as well as the recent resignation of Chancellor Sebastian Kurz over corruption allegations. former leader, Jörg Haider, was notorious for praising the Waffen SS and Hitler’s labour policies. When it first joined Austria’s governing coalition in 2000, Germany’s foreign minister, Joschka Fischer proclaimed that “this is the first time an anti-European, xenophobic party with a very dubious relationship toward the Nazi past has come into the government of a member state”. More recently, the Freedom Party’s leader Norbert Hofer said that the Quran is more dangerous than the Coronavirus.

Nina Scholz appeared on a panel alongside Raab and organised by the ÖIF, where she talked about Muslim women “calling themselves feminists” would “defend the veil as female self-empowerment” before asserting that these women “are usually close to conservative Islamic associations.”

Ahmad and Sarah, whose home was raided during the operation, told researchers that an officer’s phone had “a far-right symbol on it”. Their son returned to his bedroom to find his copy of the Quran had been torn up. 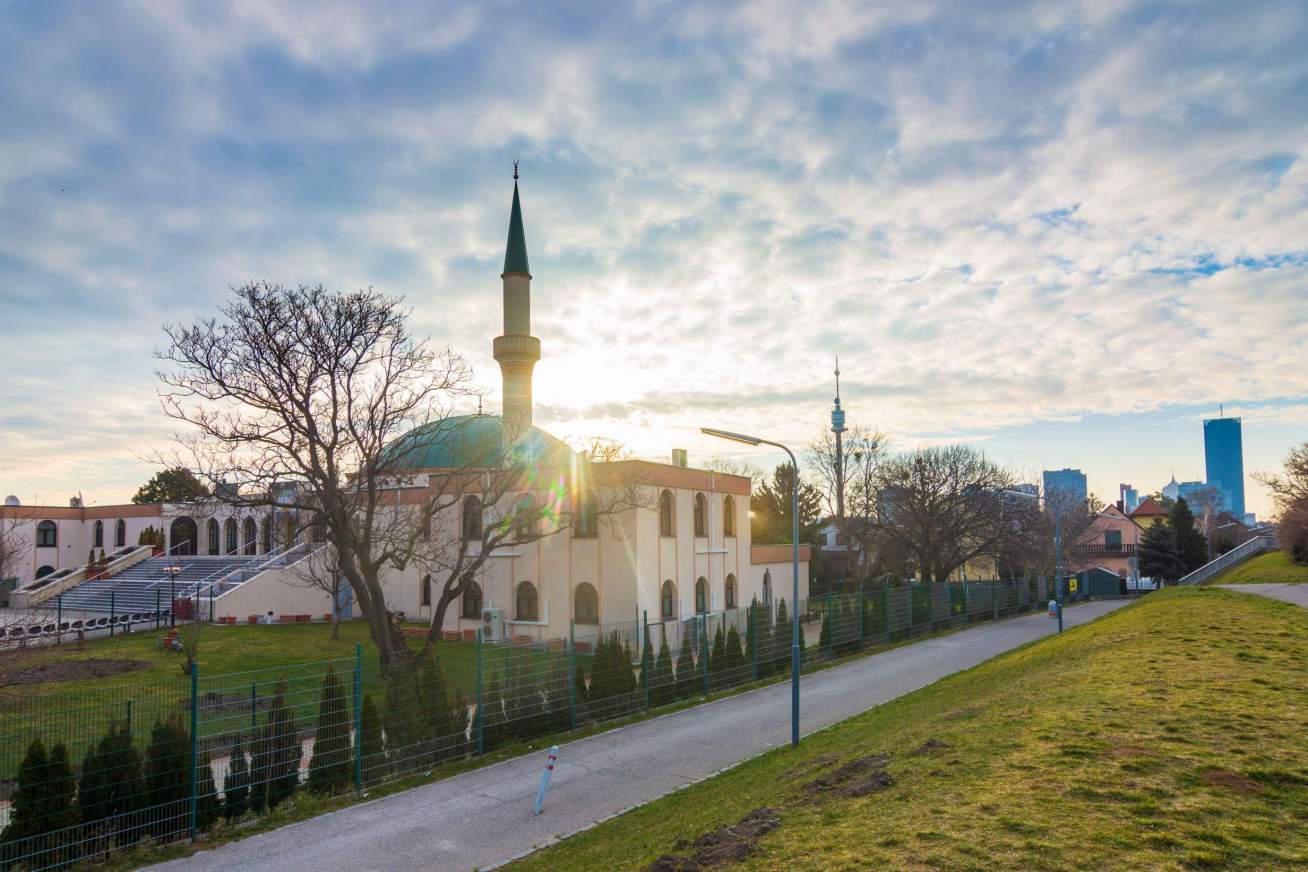 Perhaps the worst cost of the raids is on the children caught up in the violence, who now feel themselves to be living in a hostile country where they are afraid of the police and the institutions that should protect them. One girl, who had a heart condition and was forced to use the toilet while police officers watched, told the report authors “these raids have ruined my life.”

Report co-author Azfar Sharif told Byline Times: “Operation Luxor was the opening shot in an ongoing campaign of repressive and deeply Islamophobic measures carried out by the Austrian state, in the name of combating ‘Political Islam’.”

Measures such as the Islam Map and the Documentation Centre, Sharif added, “have suffocated Austrian Muslims’ ability to their exercise civil, social and religious freedoms, and served to scapegoat Muslims while the Government has been wracked by a series of scandals. This mutually reinforcing relationship between ‘official’ and street racism is something we have seen all too often in places like Britain and the US, and it must be confronted forcefully in Austria because it always signals a dangerous political shift to the right.”