The right is using gender critical feminists as a firewall in the culture war against trans rights, journalist and author Ed West told a fringe event at the Conservative Party Conference.

In a debate about whether the Conservative Party was doomed, West said that “some of the pushback on the madder transgender stuff which, by the way, all teenagers are now getting brainwashed with … was by using gender critical feminists as human shields because there’s no Conservative who will go out there and use the Conservative argument against this.”

“We have to use other progressives to fight it,” West added.

The comments were made during the Conservative Party Conference earlier this month. The conference hosted gender critical feminist groups such as Fair Play for Women, as well as a stand from the LGB Alliance which states it campaigns for those “whose rights in law are based on sexual orientation not gender identity”. The Alliance has accused the LGBTQ+ movement of being “dominated by gender identity extremism”, but has denied it is transphobic.

West’s statement that the right are using gender critical feminist women as human shields to allow the right to undermine women’s and LGBTIQ people’s rights fits an international pattern. In the US, radical and religious-right groups have joined forces with radical feminists to oppose LGBTIQ rights while pushing their own agenda.

But his comments also expose how the Conservative Party and the wider right are using the transgender issue in its ongoing culture war on woke.

From Reform to Reversal

The tension between transgender rights and the need to protect women’s single-sex spaces was catapulted into the public arena by a Conservative Party with the aim to reform the Gender Recognition Act.

In 2015, Conservative MP and Chair of the Women and Equalities Committee Maria Miller launched an inquiry into the Gender Recognition Act which governs transgender people’s legal rights in the UK. The Act was created in 2004 and, while groundbreaking at the time, was felt by many LGBTIQ activists to be no longer fit for purpose.

The Act requires a mental health diagnosis of gender dysphoria, and anyone wishing to legally change their gender must prove they have lived in their preferred gender for two years.

The consultation that followed the inquiry appeared to support self-identification as a new model for gender recognition. This would remove the medicalisation and stigma associated with that and allow transgender and non-binary people to identify as their preferred gender instead.

However, many feminist activists were concerned that moving to the self-ID model could allow for men wishing to harm women to use the law as a loophole to access single-sex spaces. This was not an unjustified fear – a case in 2018 involved a “manipulative” serial rapist identifying as female in order to be sent to a women’s prison. The prisoner went on to sexually assault fellow inmates.

This history demonstrates that the impetus for reforming the Gender Recognition Act and moving towards self-ID came from within Conservative Party as little as four years ago. However, in 2020, the Johnson administration dropped all plans for reform.

The row over transgender rights has since become a key wedge issue in the right’s “war on woke” as the Conservative Party continues to stoke a culture war reminiscent of that in the US, Italy or Hungary.

On a policy level, this was symbolised by Minister for Women and Equalities Liz Truss’ speech on the Conservative approach to equality which, she explained, would shift away from a focus on protected characteristics such as race and sexuality, to one of individual dignity.

“We will move well beyond the narrow focus of protected characteristics,” she explained, emphasising choice over quotas.

The speech was made in the context of increasing pressure on the Conservative Party from equalities campaigners, not least due to its ambivalent approach to the ban on conversion therapy for LGBTIQ people. While a ban is promised, equalities minister Kemi Badenoch has said it will exclude “spiritual counselling”. Three of the Government’s own LGBTIQ advisers have resigned, saying the Conservatives have created a “hostile environment” for the community.

Badenoch has also been criticised over leaked comments about the transgender community in a meeting. In 2018, the Minister said “it’s not even about sexuality now, it’s now like the whole transgender movement, where, okay well we’ve got gay marriage, and civil partnerships, so what are transsexuals looking for? … so now it’s not just about being free to marry who you want, you now want to have men using women’s bathrooms.” 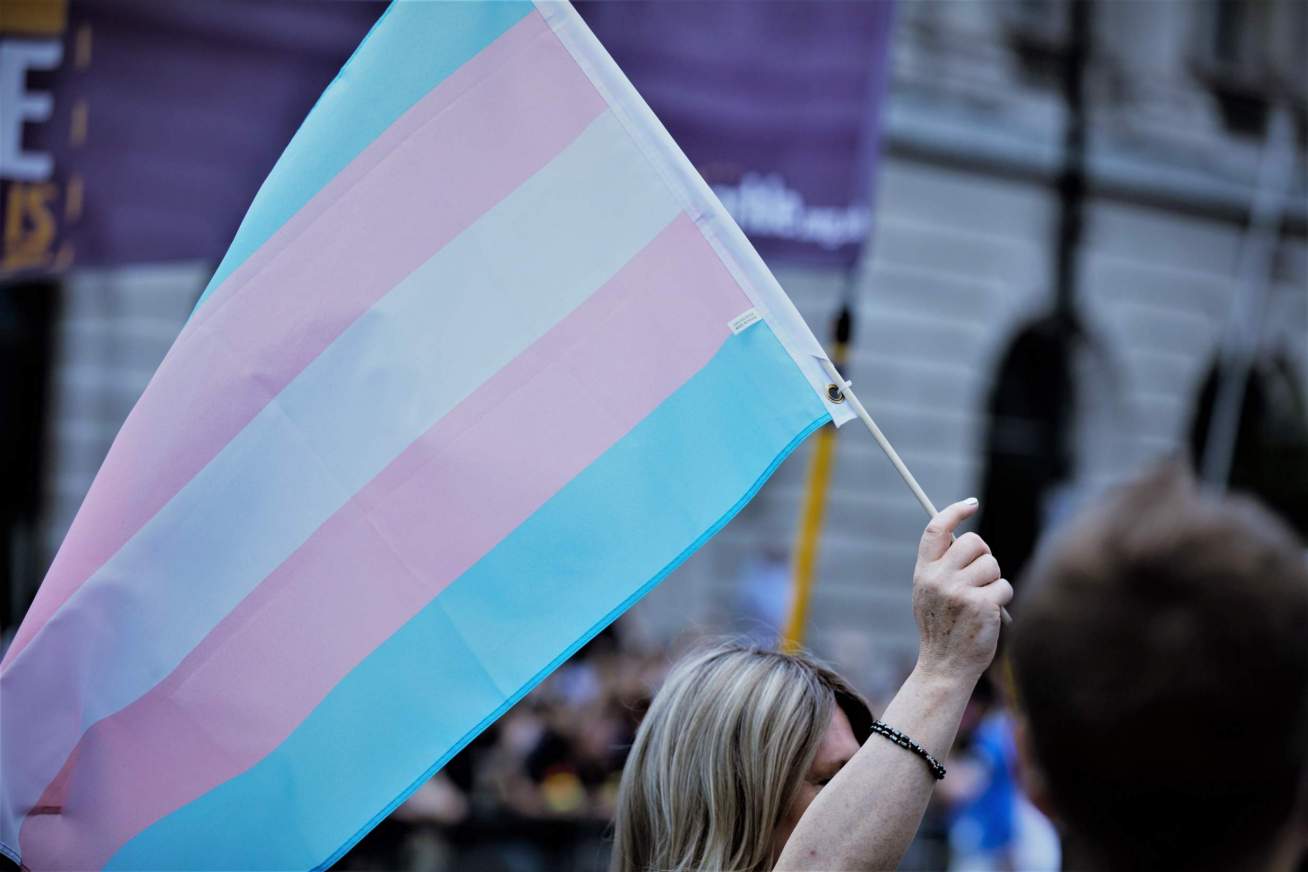 The Far-Right Co-Option of the Transgender Rights Issue

In the US, right-wing alliances with radical feminist groups include collaboration between the Women’s Liberation Front (WoLF) and radical-right think-tanks like the Heritage Foundation, as well as Christian-right groups Concerned Women for America and the Family Policy Alliance.

Members of WoLF even worked with the Republican Party to block the reauthorisation of the Violence Against Women Act, while the organisation Hands Across the Aisle brings together radical lesbian feminists with women who compare abortion to the Holocaust.

In the UK, however, there has been less appetite from feminists to work with religious-right or extreme-right groups – with prominent gender critical voices such as Julie Bindel condemning such alliances. This is, in part, because many radical feminists have long associations with left-wing, anti-racist and pro-union politics.

West’s comments at the fringe meeting suggest that radical feminist voices from across the political spectrum are being co-opted – willingly or not – by a right-wing agenda opposed to trans rights and keen to stoke a culture war.

However, there is some evidence of gender critical groups in the UK working with the right – not least the attendance of Andy Ngo at the LGB Alliance’s Conference. Ngo attended the conference as press.

Andy Ngo has been accused of being a “right-wing troll” and a “right-wing provocateur” who is heavily critical of left-wing politics and “Antifa”. He left his job as editor of Quillette after Portland newspaper The Mercury published a story revealing that Ngo witnessed a far-right group planning violence but never reported it. Ngo’s lawyers contacted the Mercury asking for a retraction and stating that Ngo denies certain claims made by a source quoted in this article. The Mercury stands by its reporting.

The organisation Transgender Trend, which describes itself as the “leading organisation in the call for evidence-based healthcare for children and young people suffering gender dysphoria and for factual, science-based teaching in schools” has faced criticism for sharing platforms with right-wing groups.

Its founder and director Stephanie Davies-Arai spoke at an event in Parliament hosted by the Lords and Commons Family and Child Protection Group, convened by Voice for Justice’s Reverend Lynda Rose and chaired by the Democratic Unionist Party leader Sir Jeffrey Donaldson.

In January, Rose spoke at an event organised by the Marriage Sex and Culture group alongside speakers who believed homosexuality could be treated like “an addiction” and who shared pro-Trump conspiracy theories.

Other speakers at the Parliamentary event included Judith Nemeth, Director of the Values Foundation. The Foundation’s committee member, Roger Kiska, was formerly legal counsel at Alliance Defending Freedom where he supported an anti-equal marriage referendum in Slovakia. ADF is designated a “hate group” by the Southern Poverty Law Centre, although it disputes the allegation. Kiska is now part of the Christian Legal Centre, run by Christian Concern. The latter is linked to the extreme anti-abortion group that targeted Labour MP Stella Creasy with graphic billboards, CBR UK.

Patron of the Values Foundation is Sir Edward Leigh, a member of the Common Sense Group in Parliament which was criticised last year for using the term “cultural Marxism”. The group aims to “safeguard British values” from “cultural Marxist dogma.”

A briefing paper prepared by the Antisemitism Policy Trust was sent to all Conservative MPs and peers to warn that using the term could result in their words “inadvertently” acting as “dog-whistle for the far-right.”