Why did Labour Lose the Military?

In 1945, the armed forces vote helped sweep Labour to power – but in modern politics the military vote is more likely to go to the right

An investigation by the Byline Intelligence Team has revealed the extent to which army veterans move from the frontline to the Conservative front bench, with 63 Conservative MPs having a military background. Garrison towns tend to return Conservative MPs – although the recently-created Plymouth Sutton and Devonport bucked the trend by electing Labour’s Luke Pollard in 2017 and 2019.

This voting pattern persists despite the Conservative Party’s austerity measures related to the armed forces. Earlier this year, the Government announced plans to cut the number of soldiers in the army to 72,500 by 2025, with the target for the number of fully trained people in the Army reduced from 82,040.

The cut was defended as allowing the forces to focus on drones and electronic warfare. A Labour motion to reverse the cut was defeated.

One might think that such diminishing investment, including real term pay cuts to personnel, would weaken military support for the Conservative Party, but it has not.

This raises the question: why does the Labour Party fail to appeal to armed forces voters?

The Jeremy Corbyn years dented Labour’s reputation when it came to the military. Much of his popularity came from a youthful, galvanised left-wing vote traditionally opposed to military intervention and who had felt let down by the Iraq War. These were people who were disillusioned with ‘politics as usual‘ and saw in the Islington MP a chance to reject the policies of intervention that came to define Tony Blair’s tenure.

But, while Corbyn’s staunch opposition to military intervention won him fans among the anti-capitalist left, those who did not like Corbyn saw him as unpatriotic and weak – even when the Labour Party pledge to the armed forces sought to give military personnel a pay rise after a real terms cut, as well as better housing and childcare support. This was demonstrated by an almost obsessive focus by the elements of the media on whether he would launch a nuclear weapon – associating strength with destruction.

Corbyn’s handling of the poisoning with nerve agent of former intelligence officer Sergei Skripal and his daughter in Salisbury by Russian agents also drew criticism that his party was not trustworthy on national security.

He and his spokesman, Seumus Milne, suggested that the sample of novichok used in the incident should be sent to Russia for testing. James Mills – the then Shadow Chancellor John McDonnell’s spin doctor – responded by kicking a bin and shouting “that’s f*****g going to cost us the election!”

However, not all military personnel disliked Corbyn and his stance on intervention. Gareth Derrick, a former Royal Navy Commodore who stood for Labour in the 2019 General Election, and told the New Statesman that there was “an understanding that the country is heading in a dangerous direction, and we have to do something about it”. 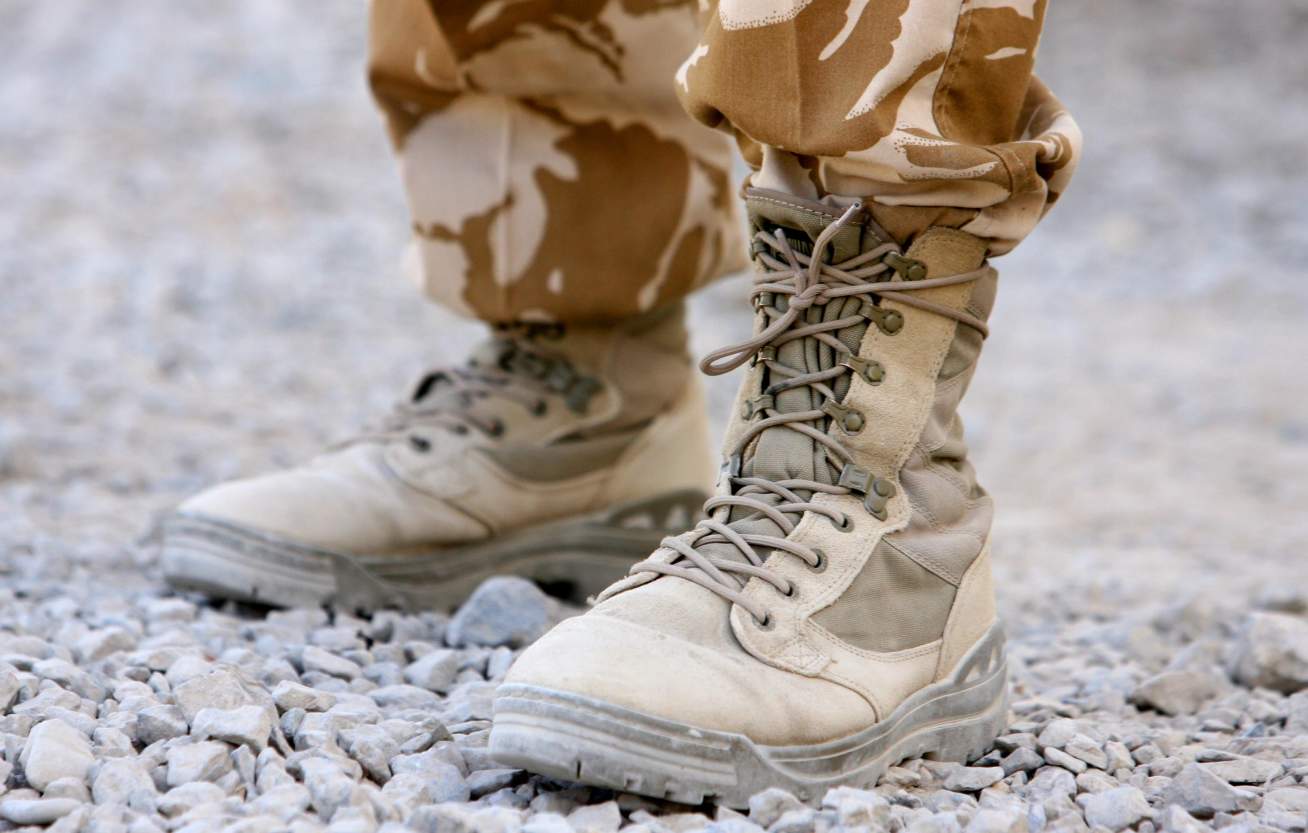 Military Matters91% of MPs with Armed ForcesBackground are Conservatives

Dominance of the right in terms of military support and representation has not always been the case.

In 1945, when Labour won a landslide victory, the military vote helped it to win. Garrison towns such as Norfolk South West returned a Labour MP.

After six long years of war, working class military personnel were desperate for change. They wanted to return home to a better civilian life and they overwhelmingly voted for the Labour Party on the promise that their sacrifice would be rewarded by housing, health and education. This was captured in the film They Came To A City, in which working class veteran Joe Dinmore argues for a more equal and fairer future, while his posher peers rail against change.

Part of the shift away from military support could be related to the other big driver of Labour votes: the trade unions. Throughout the 20th Century, Labour’s heartlands were the unionised workers of industry and their families. Unions were where political organising took place and where Labour won its funding.

But military personnel are excluded from joining unions, meaning that they have often been excluded from Labour’s base and ideological framing. Further, many of the industrial battles of the latter half of the century pitted unions against military and state power or violence. In 2014, it was revealed that, 30 years earlier, Margaret Thatcher made preparations to deploy troops against striking miners.

Having helped bring the left into power in 1945, in part for housing and health but in part for its internationalist and anti-war outlook, it is now more common to associate veterans with right-wing politics.

This is clear both in the prevalence of former military personnel on the Conservative benches and through organisations such as ‘Veterans for Britain’, a pro-Brexit group linked to the Leave.EU campaign. Its founder Arron Banks’ firm ‘Better for the Country Ltd’ has donated £50,000 to it.

An investigation by openDemocracy found that Veteran for Britain’s executive director, Lee Rotherham, was the director of special projects at Vote Leave, a former army reservist and linked to right-wing think tanks the TaxPayers’ Alliance (founded by Vote Leave’s Matthew Elliott) and the Freedom Association. On its advisory board was former head of the British army from 1994-1997 and former Chief of Defence Staff between 1997-2001, Field Marshal Lord Guthrie of Craigiebank. He also invested in Palantir, the firm set up by the controversial Peter Thiel which has won numerous contracts with the Ministry of Defence.

Joining Lord Guthrie on the advisory board was the celebrity militarist Colonel Richard Kemp, a former member of Cobra, the government’s top-level crisis management committee. Kemp commanded British forces during the Afghanistan campaign and had a history of tweeting “support for a broad range of causes popular with the alt-right,” according to openDemocracy.

Labour’s ambiguous position on Brexit could therefore have harmed its chances in winning military voters during the post-referendum elections, with organisations such as Veterans for Britain urging fellow service personnel to vote leave.

The Leave-supporters and Conservative politicians’ focus on patriotism could also have won over the military – with those opposing Brexit seen as doing down the very nation they are fighting for.

However, in contrast to their younger colleagues, there appeared to be greater support for remaining in the EU by veterans who had fought in World War Two: more than 120 UK armed forces veterans signed an open letter against Brexit on the 75th anniversary of D-Day. “When ​​you trade, you do not fight,” wrote the D-Day survivors.

The military has always been one of the most popular institutions in the UK, but in the immediate aftermath of the Iraq War favourable opinions of the forces dropped to a historic low of 54%. This increased to 88% in 2017, when Jeremy Corbyn was Labour Leader and the party was seen as lacking in military fervour and patriotism.

Since Keir Starmer became Labour Leader, he has made a concerted effort to appeal to the armed forces. But all of this really raises the question: what do we mean by patriotism in 21st Century Britain? And can the left balance the internationalist, anti-war outlook that won Corbyn support with a model of patriotism that includes former and serving military personnel? Or will armed forces and veteran support continue to go to the Conservatives?

Is there a model of patriotism that can return to the 1945 values of housing, health and hope rather than nation, land and empire? And if not, what impact could it have on democracy, when the military is dominated by one political perspective?