As Chinese journalists are sent for professional re-education, Matthew Gwyther argues that regulation and conformity threaten the unlicensed essence of holding power to account

The Chinese Communist Party Politburo has just decreed that it requires more than 200,000 ‘accredited’ journalists in the country to undertake at least 90 hours of continued education – or, perhaps, re-education – each year to make sure they are “politically firm” and “professionally excellent.”

This measure will, of course, be especially aimed at any awkward non-toers of the line in Hong Kong, which always used to pride itself on a free and sometimes rambunctious press. However, quite apart from troublesome issues around doublethink in 2021, the phrase “professionally excellent” is also problematic.

Journalism is not a profession – there are no qualification letters after our names. I’m not even sure if it’s a calling or even a trade. Sure there are many journalists on a mission like a priest preaching the gospel of Xi Jingping, but then so is a dog in search of a bone. One should, anyway, mistrust journalists on a mission – they tend to ignore inconvenient truths that refuse to fit in with their worldview.

The best journalists err towards scepticism rather than zealotry. For those remaining who are entirely economically reliant on journalism, however, it must be more than a pastime. It is what it is: telling stories for a living.

In Evelyn Waugh’s Scoop the hacks aren’t terribly ‘professional’ but a mixed pack of feckless, unprincipled and cunning scribblers, hacks and ink-slingers. It’s a mark of their acknowledged lower standing – but not necessarily low self-esteem – that journalists often quite happily call themselves hacks which is defined as “a writer producing dull, unoriginal work”. Call a lawyer a hack and you’ll see him in court.

A mark of a profession is a barrier to entry. You cannot remove a gallbladder without your FRCS or audit BHS without your ACA. The general idea is that these letters signify you have undergone training and reached a certain level of proficiency in the trade and – if you fall short of the required standards – you will be struck off.  That’s the theory, anyway.

However, there is a reason why the classical economist Adam Smith made the point that, “People of the same trade seldom meet together, even for merriment and diversion, but the conversation ends in a conspiracy against the public, or in some contrivance to raise prices”. Smith was, incidentally, writing in a largely pre-profession era with many quack medics, dodgy lawyers and bodging master builders. It’s in the interests of professions to put up barriers because it means they control the numbers who share the pie.

You have to pay to get access to a lawyer, a doctor – usually via your taxes – or an architect. And, if you are unable to sort your problem out yourself, as is the usual reason for seeing one of these professionals, you’d be well advised to take their expert advice.  You wouldn’t really want an amateur to take your appendix out. (The fact that within a few years the procedure will be conducted by a robot with lower failure rates than a human surgeon is another story.)

Always a low entry-barrier activity, in journalism things have turned quite ugly since the arrival of the digital world. The hurdles are now the lowest they have ever been – blogs and vlogs are easy to create and access. The fact that the vast majority are unmitigated pap, never mind ‘fake news’, is neither here nor there. They get the eyeballs and the ‘likes’. Facebook and Google have got rich and Rupert Murdoch got (relatively) poorer. The Guardian has lost a small fortune in recent history – which doesn’t look very professional at all.

You no longer require a journalist, professional, trained or otherwise to tell you what’s going on in the world. So the digital world has ripped journalism’s business model apart. Newspaper and magazine sales have plummeted, and old fashioned advertising revenue has done the same. And it hasn’t been replaced by digital cash because so much is available for free.

Nevertheless, just because it isn’t a profession and just because its business model has been shot to pieces doesn’t mean to say journalism lacks importance. There’s a counter-argument that with a wave of populist fervour sweeping across the world that fact and reason – plus their twins news and comment – have even more value among lies and the irrational.

Eighty-one per cent of the public say they know fake news when they see it and one would hope that among proper, discriminating journalists that figure is even higher. There’s some evidence that ‘serious heavyweight’ publications that won’t allow you access unless you pay for them are enjoying a minor renaissance.

No £350 a year for your FT.com? No serious commentary on what’s really going on. 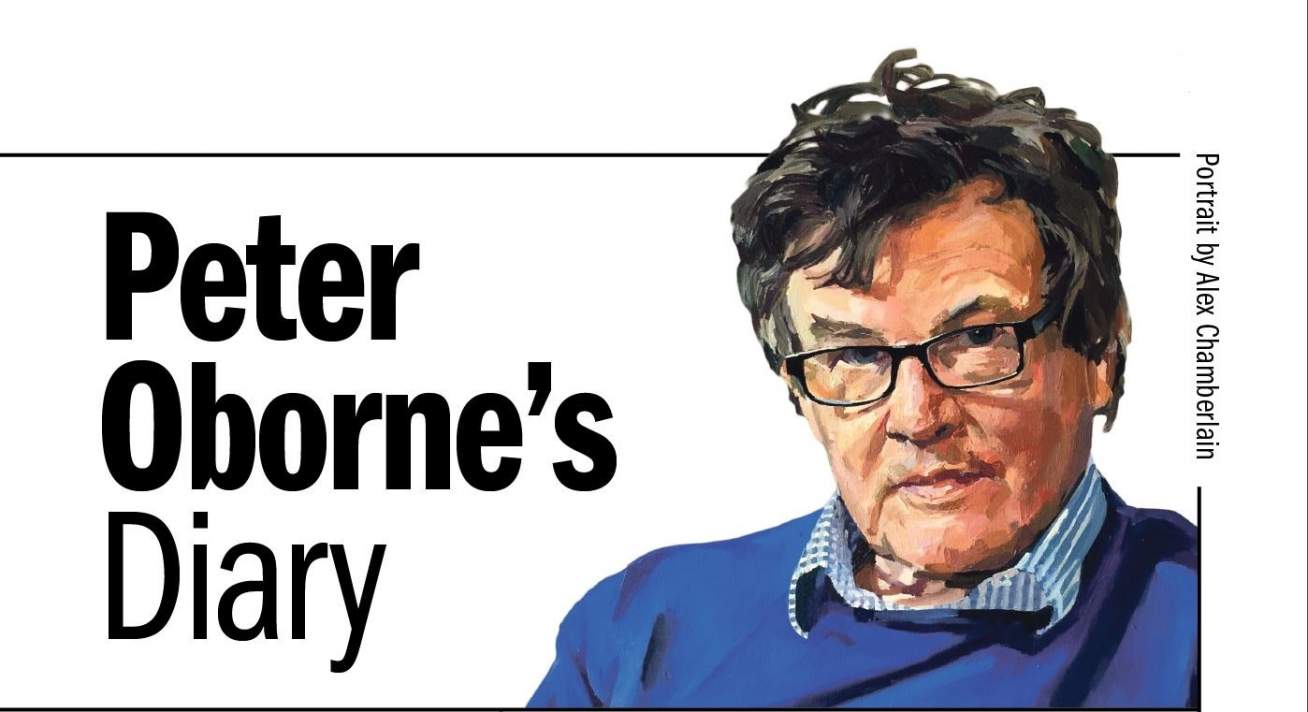 The tricky economics is one thing. But the best thing about journalism is its freedom. As an activity, journalism cannot and should not be licensed by the state or any professional body, any more than art or political protest should. The reason for this is the same freedom-of-expression argument that means pontificators on any street corner, never mind just Speaker’s Corner, must be allowed to mouth-off without the interference of the state, providing no laws are being broken.

On the Huffington Post, James Anslow explained why journalism isn’t a profession. “Journalism is an activity which, when pursued with vigour and executed with skill in a spirit of disruptive yet creative mischief, should represent the antithesis of ‘professionalism’, of regulation,” Anslow writes. “It should be the enemy of any contracted code of behaviour outside those codes imposed on all citizens and enforced by criminal and civil law.”

And the criminal and civil law do, on occasion, catch up with journalists. The News UK hacking scandal may have led to the complete, costly waste of time that was the Leveson Inquiry but collars were felt and scalps had. (And the process, via the civil courts, isn’t finished yet.)

In the Sin Bin

Many Americans think journalism is a profession and treat it very seriously. Some even liken it to taking holy orders. That’s why they still – despite their straitened circumstances – believe in employing hoards of fact-checkers. To sin is to err from the facts. This seriousness is also why they watched the possibility of the press being regulated by government here in the UK with absolute horror. Leave that kind of repressive, anti-democratic behaviour to the Chinese, Turks and Russians.

Deep down every US hack wants to be Bob Woodward or Carl Bernstein – the duo who exposed the Watergate scandal for the Washington Post in the 1970s. You only have to watch the recent BBC documentary series on the pious and driven members of the New York Times Washington bureau in their daily battle against Trump to see this.

Were it left to me to decide whether we should have a government without newspapers, or newspapers without a government, I should not hesitate a moment to prefer the latter

The problem is, however, the more the NYT huffs and puffs about Donald Trump, the more the red-necked MAGA supporters of middle America cling to their hero. Much journalism is now an echo chamber – nobody changes their mind.

Over here, by contrast, there are still many practitioners who regard journalism as a bit of a caper. What is the Sun if not a bit of a ‘larf’, at least until you find yourself the undeserved subject of its aggressive attention. But it is a caper that does on occasion speak truth to power.

“News is something someone wants suppressed. Everything else is just advertising”  said the press baron Lord Northcliff. “Were it left to me to decide whether we should have a government without newspapers, or newspapers without a government, I should not hesitate a moment to prefer the latter,” said no less a figure than Thomas Jefferson, founding father of the United States.

Journalism is unruly. ‘The press does not operate with any sense of proportion, judgment or self-restraint,” argues Simon Jenkins “because it is selling stories, not running the country.” This may sound horrible, irresponsible but that is the way it must be. And when you get journalists who wish to run the country you wind up with Boris Johnson and Michael Gove.

Journalists have “power without responsibility – the prerogative of the harlot throughout the ages,” as the poet Rudyard Kipling and later Prime Minister Stanley Baldwin put it. But do you think accountants, lawyers, chartered surveyors are invariably more ‘responsible’ these days than hacks? Was the building ‘professional’ who signed off the cladding on Grenfell Tower or Carillion’s audited accounts more responsible than a leader writer on The Times, Grazia or the Wall Street Journal?

Of course, journalists can do calamitous things – naming suspected paedophiles, for example – but then, being irresponsible, they always have and always will. They can and have wrecked the lives of entirely innocent individuals. The laws of defamation and breach of privacy do what they can to keep this in check.

Indeed, the very fact it isn’t a professional activity may be greatly to the advantage of journalism as professions have been greatly discredited over recent decades. The professions have come down from their pedestals to our lowlier level – trust levels among lawyers and accountants languish in the pits where hacks have always dwelled. With the possible exception of NHS doctors and teachers who have been the least contaminated by ardent ‘client service’ and the profit motive, many professionals have joined journalists in the sin bin.

A great place to be.