In a War Between the US and China Over Taiwan, Who Wins?

Two days after the Chinese Air Force flew 148 fighter jets and surveillance aircraft in the southern and south-western part of Taiwan’s air defence zone, the United States pressed Beijing for a virtual bilateral summit before the year’s end to diffuse rapidly growing military escalations in the South China Sea – or to avoid what is known as ‘Thucydides Trap’, a theory that predicts the inevitability of conflict between an established power and a rising power.

Even those who argue the inverse of this theory, including Hal Brands, a resident scholar at the American Enterprise Institute, and Michael Beckley, associate professor of political science at Tuffs University, warn that the “United States needs to prepare for a major war, not because its rival [China] is rising but because of the opposite”.

Moreover, Beijing has made no secret of its intent to reunify Taiwan, with Chinese President Xi Jinping warning two years ago that “we make no promise to renounce the use of force and reserve the option of taking all necessary means” to retake the breakaway island territory.

So, if a major war or major shooting skirmish between the two superpowers is a matter of when, not if – which country’s military force is more assured of victory?

If only might versus might is compared, the US emerges a clear winner, given its annual defence budget of $759 billion is more than double the $324 billion that China spends each year, with the US allocating 3.5% of its total GDP to the military, and China 1.5%, which means the gap between the two military powers is widening, not shrinking.

The US has 3,722 combat airplanes. China has 1,264. The US has the most sophisticated and lethal fighter jet in the world – the F35 fighter jet programme. China’s yet to be produced J-20 barely has the predicted firepower and stealth of the fifth-generation F-22. The US also has far more missiles, military satellites and nuclear warheads.

China holds a crucial advantage in near-to-shore (brown and green water) naval power, however, possessing 350 naval ships and submarines, compared with the United States’ 249 – although the US holds an almost unassailable lead in blue-water capabilities, with its nine aircraft carrier strike groups, compared with China’s one.

But, comparing the total size and strike power of both countries is of little relevance here, given that a potential US-China war will not be fought here, there and everywhere, but only in the South China Sea, where the Chinese Navy now rivals American naval power, if not dominates.

“China dedicates all its resources to planning and preparing for a contingency in east Asia, while the US has additional responsibilities in the Middle East, Europe and worldwide,” observes Oriana Skylar Mastro, a centre fellow at Stanford University’s Freeman Spogli Institute for International Studies.

Were a conflict to erupt in the South China Sea, “the Chinese military is closer to on-par with the United States,” she says.

It is also worth noting that, while much is made of the United States’ ability to project an extraordinary amount of firepower far from its own shores with its unrivalled aircraft carrier strike groups, a war in east Asia against the US means that the Chinese mainland essentially operates as one giant aircraft carrier. Not only can Beijing launch sorties from any of its 150 air bases, but it can also lob land-to-sea missiles at US warships from an unknown number of coastal military installations.

More significant still is that, while China has been investing heavily in its brown and green water naval capabilities during the past 20 years, the US almost totally neglected its naval forces during its two-decades long wars in Iraq and Afghanistan, during which it was fixated on projecting firepower from air to land, not preparing for attacks from land or sea.

“As a result, the US Navy didn’t spend a lot of time or money trying to develop longer-range anti-ship missiles and better defensive antimissile systems for its ships,” observes Michael Fabey, author of Crashback: The Power Clash Between the US and China in the Pacific.

In the two decades since 9/11, however, China has “leaped forward in developing over-the-horizon radar technology, satellite tracking and communications systems, and miniaturised electronics – which together make it possible to precisely target a moving ship from hundreds of miles away,” Fabey says. 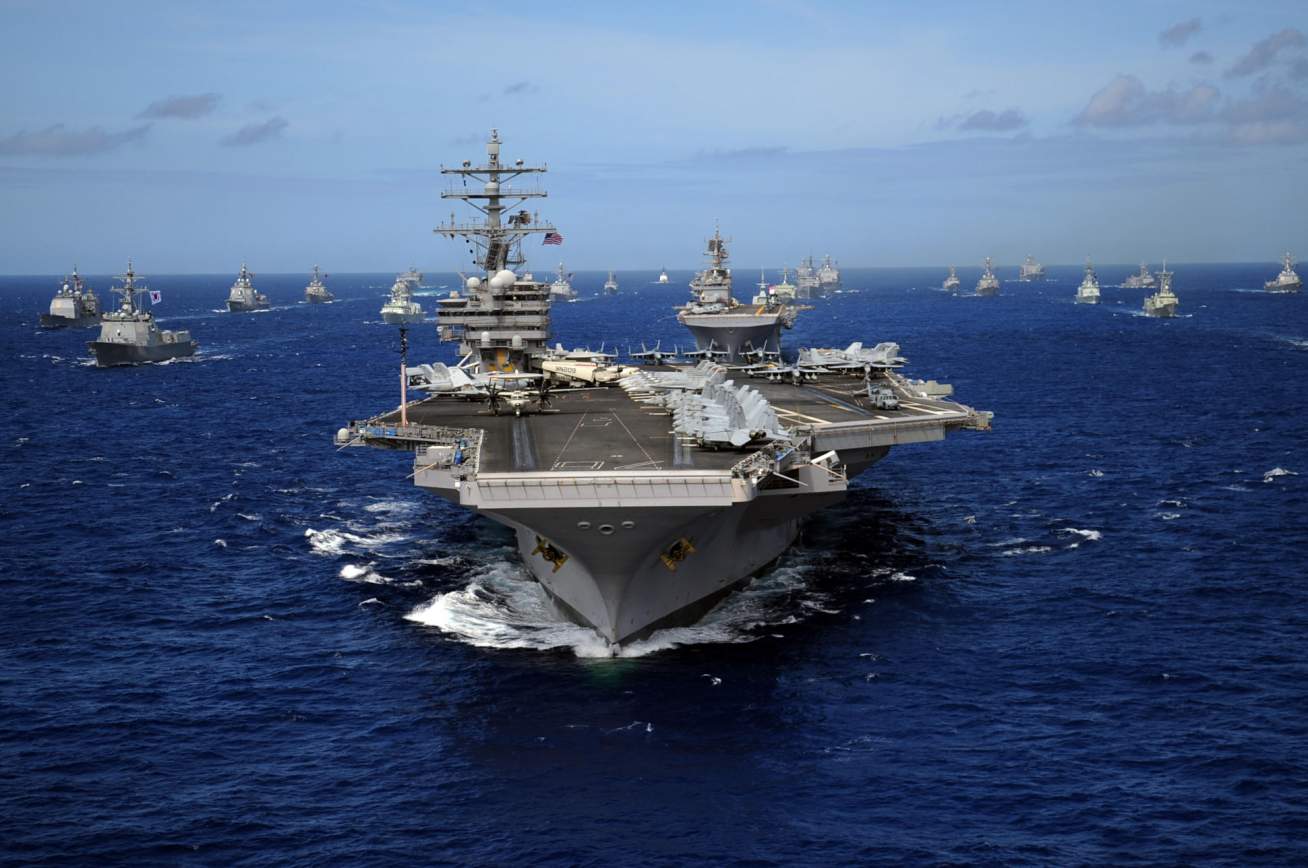 US-China War Over TaiwanAppears Not Only Inevitable, But Imminent

On the flip side, the US military has accrued almost 20 consecutive years of invaluable combat experience in the Middle East and Africa, whereas China’s most recent armed conflict was its failed invasion of north Vietnam in 1979, which resulted in humiliation and the deaths of 28,000 Chinese soldiers.

A major concern for US military planners, however, is China’s submarine force of 70 diesel-electric and nuclear-powered attack submarines, which are armed with anti-ship cruise missiles, wire-guided and wake-homing torpedoes, according to national security magazine National Defence.

According to Michael O’Hanlon, a senior fellow at the Brookings Institution, “the only truly reliable way to counter the threat would be to attack the submarines in port when they refuel and rearm”, but that, as he notes, would require striking the Chinese mainland “with all the enormous risks of escalation that could portend”.

Then there are the 10 island atolls the Chinese military has annexed along its vaunted nine-dash-line in the South China Sea and transformed into maritime airbases, or what are commonly referred to as ‘unsinkable aircraft carriers’.

“Should a war break out around the South China Sea, the US would be under pressure to quickly neutralise” these man-made island airbases, argues Chris Zappone in the Sydney Morning Herald.

The final part of the equation is American political will and appetite for war over Taiwan, an island most Americans would struggle to locate on a map.

How many dead American sailors, pilots and soldiers would an already war-weary US public tolerate in defence of an island that holds ambiguous strategic value to American interests?

But Taiwan, in the eyes of the Chinese Government and public, is not only an inseparable and strategically vital part of China, but also sits at the centre of the country’s mission to avenge its ‘century of humiliation’.

Earlier this month, Taiwan’s President Tsai Ing-Wen warned that, if Taiwan were to fall to China, “the consequences would be catastrophic for regional peace and the democratic alliance system”.

Based on clear-eyed assessments of comparative American and Chinese strike power and political will in the South China Sea, US allies in the Indo Pacific region, along with the rest of the democratic world, should start planning for such a catastrophe and soon – particularly given that Taiwan’s Defence Minister, Chiu Kuo-cheng, warned last week that China will be ready to mount a full-scale invasion of Taiwan within the next three years