Conservative Donors, Turning Point USA and the US Capitol Attack

A man charged with assaulting police officers in Washington D.C. on 6 January arrived at the riot on a bus organised by Turning Point USA. Sian Norris explores the transatlantic background of the youth conservative group

A retired firefighter charged with assaulting police officers at the US Capitol on 6 January has revealed that he attended the riot on a bus organised by youth conservative group Turning Point USA.

Court papers show how 55-year-old Robert Sanford – who has no previous criminal history – “travelled to the District on a bus organised by Turning Point USA, a mainstream young conservative organisation, with approximately 50 other people”. They also state that Sanford “did not travel to the Capitol with an extremist group”.

Turning Point has been a vocal supporter of former US President Donald Trump on both sides of the Atlantic.

In 2019, the group launched a UK branch, previously chaired by George Farmer – son of top Conservative Party donor Lord Michael Farmer. Analysis by the Byline Intelligence Team and The Citizens found that Lord Farmer has donated more than £6.5 million to the Conservative Party since 2010, making him the party’s largest donor.

George Farmer has also donated significant amounts to the Conservative Party, including a £5,000 donation to MP Ben Bradley. The ex-Bullingdon Club member’s support for the Conservatives led to him becoming the youngest-ever member of the Leaders’ Group – an elite organisation of donors who give more than £50,000 a year and are offered privileged access to the Prime Minister and other high-ranking Cabinet ministers. In 2019, Farmer switched his political support to the Brexit Party.

George Farmer is married to Turning Point USA’s former communications director, Candace Owens, who resigned from the position in May 2019. Owens caused controversy when she made comments about Hitler, saying that it would have been “okay” if he had just wanted to “make Germany great”.

Farmer was no longer chair of Turning Point UK at the time of the Capitol riots, having stepped down in April 2019. He was appointed CEO of controversial social media company Parler in May this year. The app had been temporarily removed from Apple’s App Store following the attack on the Capitol, having been accused of fostering calls for violence.

There is no suggestion of complicity for Sanford’s actions on the part of Turning Point UK or its figures. Rather, the associations between the two groups reveal an interesting and significant accord between avid Trumpism on both sides of the pond.

In a now-deleted tweet from a few days before the attempted insurrection in Washington DC, Turning Point USA’s founder Charlie Kirk said that the group’s affiliate organisation Turning Point Action would be sending more than 80 buses filled with Trump supporters to the capital. He also shared an advert promising free accommodation to attendees.

“The historic event will likely be one of the largest and most consequential in American history,” Kirk tweeted. “The team at @TrumpStudents & Turning Point Action are honoured to help make this happen, sending 80+ buses full of patriots to D.C. to fight for this President.”

Indeed, TPUSA has received funding from a range of Koch-connected groups, including the Foundation For Economic Education (FEE), which sponsored TPUSA’s Student Action Summit. FEE’s development director Justin Streiff was on TPUSA’s advisory board.

Another TPUSA partner is the Heritage Foundation – an anti-LGBTIQ, anti-abortion and pro-fossil fuel think tank that has been in receipt of Koch funding. It announced the partnership on 6 January 2021 – the day of the Capitol Riots – though this is a coincidence. Various UK politicians have connections to the Heritage Foundation, including Conservative MP Liam Fox, Foreign Secretary Liz Truss and MP Owen Paterson, all of whom have spoken at its events.

TPUSA is known for its ‘Professor Watchlist’, which names academics it considers to be promoting “leftist propaganda in the classroom”. It is known to generate a lot of its content from the Leadership Institute’s Campus Reform project. The Institute, which trains conservative activists, is well-connected with the Trumpian right, counting Vice President Mike Pence as an alumni. The pro-Brexit activist Matthew Elliott attended a Leadership Institute event in 2013.

TPUSA has also been embroiled in various racism scandals, with its former field director Crystal Clanton writing in a text message to another Turning Point employee that “I hate black people. Like f**k them all… I hate blacks. End of story”.

The group encourages its members to host ‘Affirmative Action Bake Sales’ that charge students different cake prices based on race, to demonstrate “the unfairness and inadvertent racism of affirmative action”. Its only black field director, Gabrielle Fequiere, has since left the organisation, saying that “looking back, I think it was racist”. Kirk called her accusations “absolutely baseless and even absurd”. 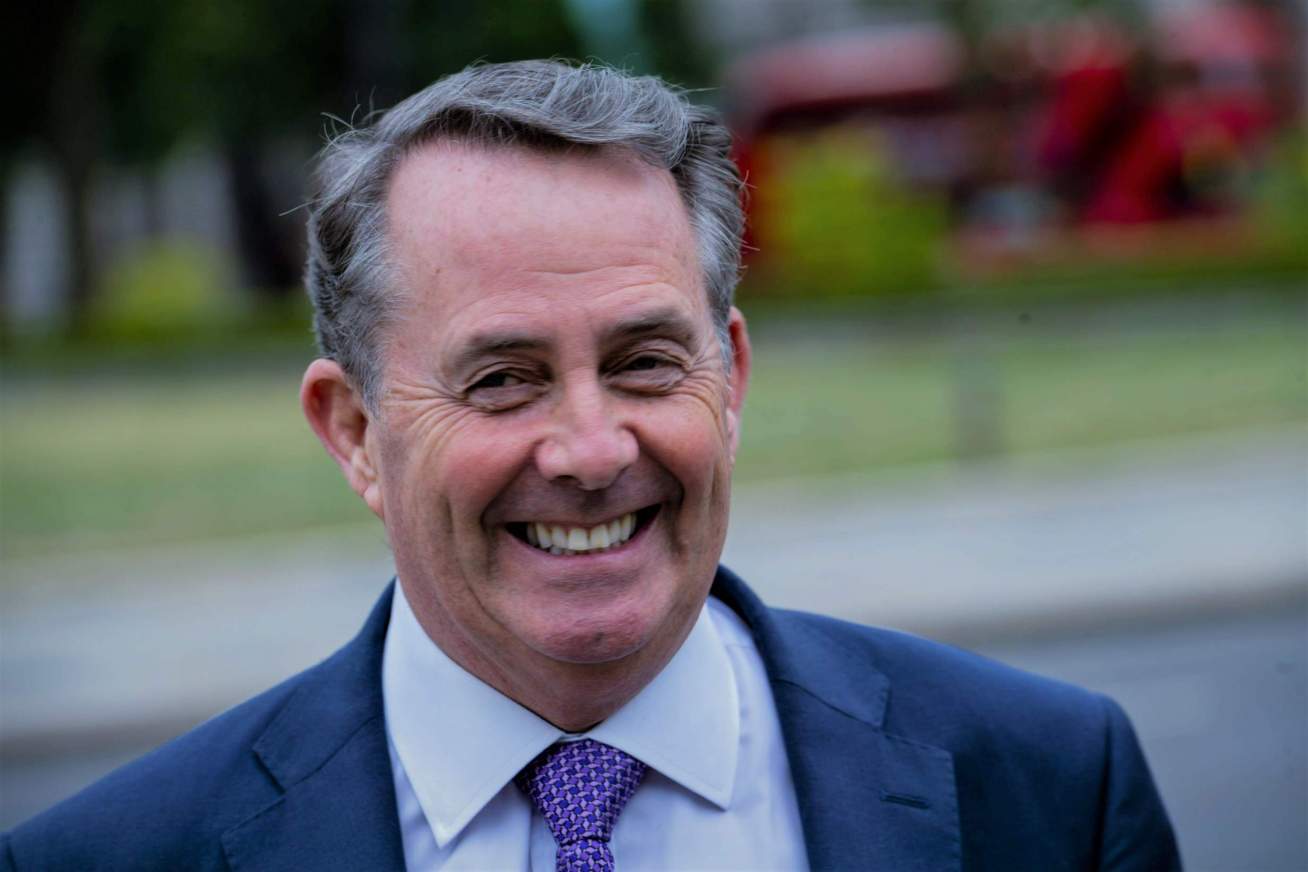 Also attending was Paul Joseph Watson, the YouTuber who has worked with InfoWars, a website criticised for spreading extremist conspiracy theories.

Farmer and Watson have been pictured having drinks together. When questioned about his relationship with Watson in an interview with The Times, Farmer said: “I have no interest in conspiracy theories and I have never watched [those] videos… Paul was a conspiracy theorist. He then spent a long time debunking a lot of the conspiracy theories he used to promote. I’m not an Infowars guy. What I am is Paul’s friend and I think his videos are fantastic. They are on point, but quite funny”. Candace Owens has interviewed Watson on her podcast.

This language did not prevent the Leader of the House of Commons, Jacob Rees-Mogg, from sharing the organisation’s recruitment video a month later, with Home Secretary Priti Patel saying that the group represented a “new generation” of Conservative values. Conservative MP Chris Green wrote “choose your side and I’m with Turning Point UK”, while the Brexit Party’s Nigel Farage said he was “thrilled” by the launch and made a video for the group.

One of the key figures behind the Turning Point UK launch was John Mappin, a scientologist who runs a Camelot-themed hotel in Cornwall and who in 2016 awarded Donald Trump an “Honorary Camelot Castle Knighthood”. Brexiter Arron Banks called Mappin “a total fruit loop”.

Speaking at the 2019 launch, Candace Owens told her audience that “we very much believe that we are in the midst of World War 3… it is an ideological war we are fighting for Western values, America represented sort of the last stand and then Trump came and now we’re turning an understanding that in the past wars were won when the UK and the USA allied together and fought and that’s what we need to do here”.