A Turning Tide? Johnson’s Campaign to Turn Two Fingers Up at Business Continues

Was it the week the tide turned? Boris Johnson’s speech at the Conservative Party Conference created headlines for – from his perspective – all the wrong reasons.

The next day’s newspapers remarked on its lack of policy announcements, while think tanks and business leaders from across the political spectrum decried its detachment from economic reality with the outside world facing long queues for fuel, higher prices, and the threat of black-outs over winter.

The Prime Minister’s speech was “economically illiterate”, according to the right-wing think tank, the Adam Smith Institute.

Even pro-Brexit business leaders spoke out.

They were each in their own way responding to Johnson’s claim that labour shortages created by Brexit are part of a Government plan to force employers to raise wages and invest in British workers. “We are not going back to the same old broken model,” Johnson said, “with low wages, low growth, low skills and low productivity enabled and assisted by uncontrolled immigration.”

“The answer to present stresses and strains,” he continued, “which are mainly a function of growth and economic revival, is not to reach for that same old lever of uncontrolled immigration. The answer is to control immigration.”

Johnson’s claims make little economic sense. He “can battle business but he can’t ignore economics”, said the Financial Times. Meanwhile, Torsten Bell, chief executive of the Resolution Foundation, argued that Johnson mistakenly believes that “a migration policy is the same thing as an economic strategy”.

Overall, cutting immigration makes people poorer, Byline Times columnist and economic professor Jonathan Portes said. In economic models, reduced immigration means that “real wages and productivity of residents will fall, on average” and it is not “credible to claim that Brexit – seen as a set of new restrictions on migration – will somehow shock us onto a path of higher productivity [and] real wages”. 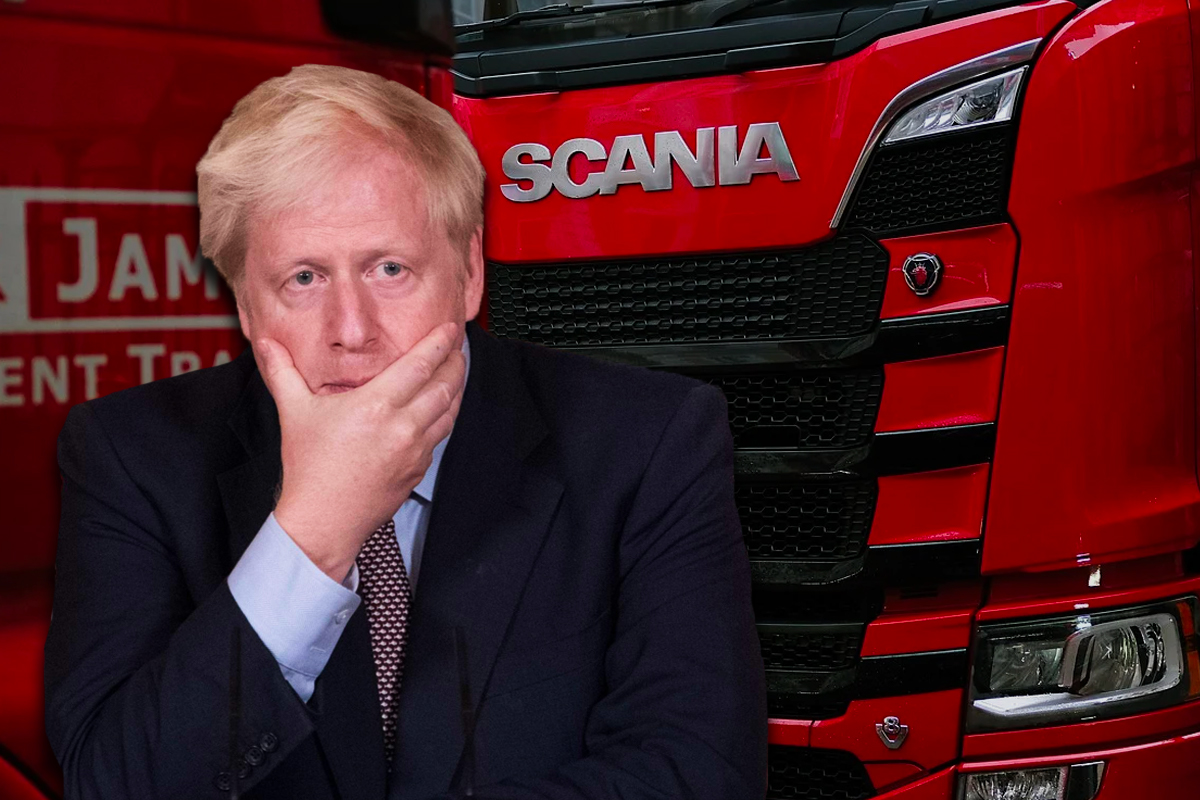 Yet, that is exactly what Johnson claimed to a packed hall of Conservative devotees. In all likelihood, the Prime Minister is aware that he will not be able to create a high wage, high productivity economy. Rather, his purpose was to make a virtue out of a crisis – to claim that labour and goods shortages now afflicting Britain are part of the plan.

All ministers care about is “polling and votes”, said one business executive, adding: “These are transparent tactics. They have retrospectively decided that the reason for all these crises is the need to reboot the economy, and now they need an enemy to blame.”

“Where is the party of business?” asked Craig Beaumont, chief of external affairs at the Federation of Small Businesses. “The media were apparently to blame for the fuel crisis, then it was consumers to blame, and now business is to blame for low wages and supply chain shortages,” he added.

Business leaders are increasingly exasperated by the Government’s adversarial position and its unwillingness to recognise the added costs imposed by Brexit, alongside proposed increases in national insurance and corporation tax. Confidence among companies in the UK has fallen sharply, risking future investment as the UK seeks to rebuild after the pandemic.

But business leaders are not the audience whose approval the Government seeks. Its eyes are firmly on voters – who, for the moment, are still giving Johnson the benefit of the doubt.

Opinion polls still put the Conservatives ahead of Labour, by nine points in the latest YouGov poll for The Times. James Kirkup, director of the Social Market Foundation think tank, reports that few Britons now believe that the Government should make the lives of businesses easier anyway.

But public patience may not last forever.

Shortages are not a temporary blip; they are a permanent consequence of Brexit. “Britain is a net importer of almost everything a modern society needs to survive,” says economist Umair Haque. “Brexit has placed so many hurdles in the way – from paperwork to tariffs to red tape to backlogs – that many European businesses have simply decided not to supply Britain at all. That means that Britain has done something genuinely incredible: it’s created a long-term supply shock for its own economy.”

Unlike shocks resulting from war or natural disaster, this one will not disappear swiftly. Brexit trade barriers will not be undone, at least not in the short-term. Shortages are here to stay. The Government will try to source goods from elsewhere but, as it is already finding, the rest of the world has little interest in meaningful trade deals with Britain, as evidenced by US President Joe Biden’s swift refusal to even open the conversation during Johnson’s recent trip to America. 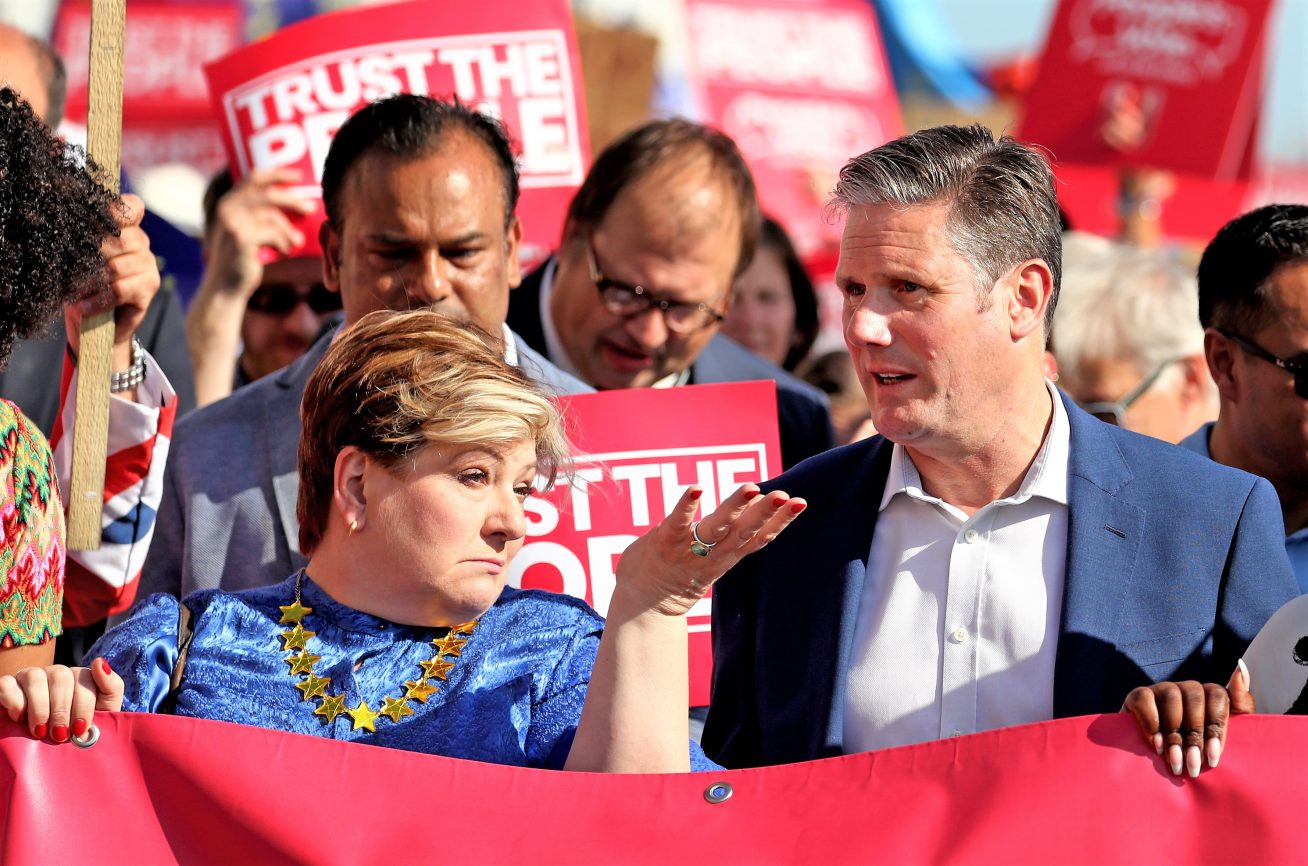 The situation is likely to get worse if, as seems increasingly likely, the EU imposes sanctions over Britain’s failure to implement the Northern Ireland Protocol and Withdrawal Agreement. The EU feels, quite rightly, that the rights of one of its member states are being disregarded. Meanwhile, France is incensed by Britain’s refusal to implement agreed fishing rights for French boats.

“Enough already, we have an agreement negotiated by France, by Michel Barnier, and it should be applied 100%. It isn’t being,” said French European Affairs Minister Clement Beaune.

If the EU applies tariffs to UK goods entering the single market, as is its prerogative, added costs and burdens will be applied to UK businesses. The end result will be higher inflation, lower productivity, and lost jobs. If the French cut-off energy supplies to the UK, as has been threatened, winter power cuts and price spikes will become more likely.

In such circumstances, public patience will surely run out, and the Government will run out of people to blame. The result could be a swift reckoning for Johnson’s Conservatives.

However, there are perhaps three factors that could save the Prime Minister, at least for some time.

The first is the lack of an alternative. Few politicians are willing to speak out against Brexit, fewer still to argue that it was a project bound to cause deep economic harm and to make all Britons poorer.

Second is the Coronavirus pandemic. A spike in infections over the autumn or winter, made more likely by the Government’s refusal to require even basic mitigations, could give Johnson cover for Brexit harms – as it has done for the past 18 months.

Finally, Leave voters do not believe that they made the wrong decision. In polls, Labour and Remain voters are far more likely to blame Brexit for the recent shortages than Conservative and Leave voters. Until that changes, Johnson’s 40% poll rating will stay fairly secure.

Nevertheless, this week felt like a turning point. The fact that so many business leaders have spoken out could embolden opposition politicians and the media. The route is clear for Labour to assume the mantle of the party of business – not in opposition to the interests of workers but in their defence – for without viable businesses there are no decent jobs. And as Johnson continues on his quest to f*ck business, Labour can rebuild its economic credibility.

But, for that to happen, Labour will have to contend with the core feature of Johnson’s programme: Brexit – to call out its failures and propose a better settlement with the EU. The public deserves to know the truth. It is Labour’s job, along with the media, to explain it to them.