The ‘B’ word is Labour’s elephant in the room. Mike Buckley considers how the party could finally turn it into a vote-winner

The broad consensus is that the Labour Party Conference was a qualified success.

The public liked Keir Starmer’s big speech – in a snap poll around two-thirds agreed with its content and found him to be competent – while Starmer’s allies are delighted with internal rule changes that make it harder for the left of the party to retake the leadership. The Labour Leader departed Brighton with his authority enhanced and opinion writers suggesting possible routes to power.

A few commentators also questioned what they saw as a lack of ideas. “In speech after speech, Labour feels listless [with no] answer for how to counter a Conservative Party outgunning it on big state politics and policy that were once its core terrain,” observed Sebastian Payne of the Financial Times.

Others, including many conference attendees, noted that a national crisis is taking place, with petrol stations closed across the land and the Prime Minister fumbling the response, yet Labour has little to say in response. One shadow minister described the situation as “a huge missed opportunity”.

But it was not just on the petrol crisis that Labour may have missed opportunities. The climate emergency aside, the two biggest challenges currently facing the country – the Coronavirus pandemic and Brexit – were barely mentioned.

Shadow Health Secretary Jon Ashworth was right to say that a decade of under-funding has plunged the NHS into crisis. However, if it was to focus on the current pandemic, Labour could show that it has a viable plan to deal with future crises. Boris Johnson wants to move on from the crisis as fast as possible – Labour could, and arguably should, deny him the chance.

Then there is Brexit. The fuel crisis, haulier crisis, empty supermarket shelves, and daily scaremongering about lack of food and gifts at Christmas are all, at least in part, crises of the Brexit this Government chose to implement.

Despite the reluctance of elements in the mainstream media, as well as the BBC, to discuss the ‘B’ word, it seems that the the public is aware of the cause of the unfolding chaos. According to a poll for the Observer, the majority of those asked – 68% – believe that Brexit is partly to blame for labour and goods shortages, including 88% of Remain voters and 52% of Leave voters. As a result, belief in the project itself is falling: only 18% of those recently polled by YouGov now believe that Brexit is going well, against 53% who believe that it is going badly.

In truth, Labour is beginning to reckon with Brexit. Shadow ministers and Starmer himself are now promising to “clean up the Tories’ Brexit mess” and “make Brexit work”. Shadow Trade Secretary Emily Thornberry has said that fixing the EU trade relationship would be her priority in office.

At a fringe event, Shadow Foreign Secretary Lisa Nandy said that the party’s desire is for an “ambitious, close and lasting” relationship with the EU and that Labour would “go to the EU and ask for some good will and flexibility”. At the same event, Labour MP Hilary Benn argued that the EU-Ukraine association agreement could provide a template.

Nandy, Benn, Starmer and others are well-intentioned in wanting to fix problems with the deal and forge a closer partnership with the EU than Johnson. But wanting and achieving a close partnership are entirely different things.

The Ukraine deal, for example, is unlikely to be available to the UK – it was specifically designed for a state moving towards membership. And, while the EU is likely to be more accommodating to a Labour prime minister than Johnson, the bloc is unlikely to compromise the integrity of the single market for anyone, friend or foe. 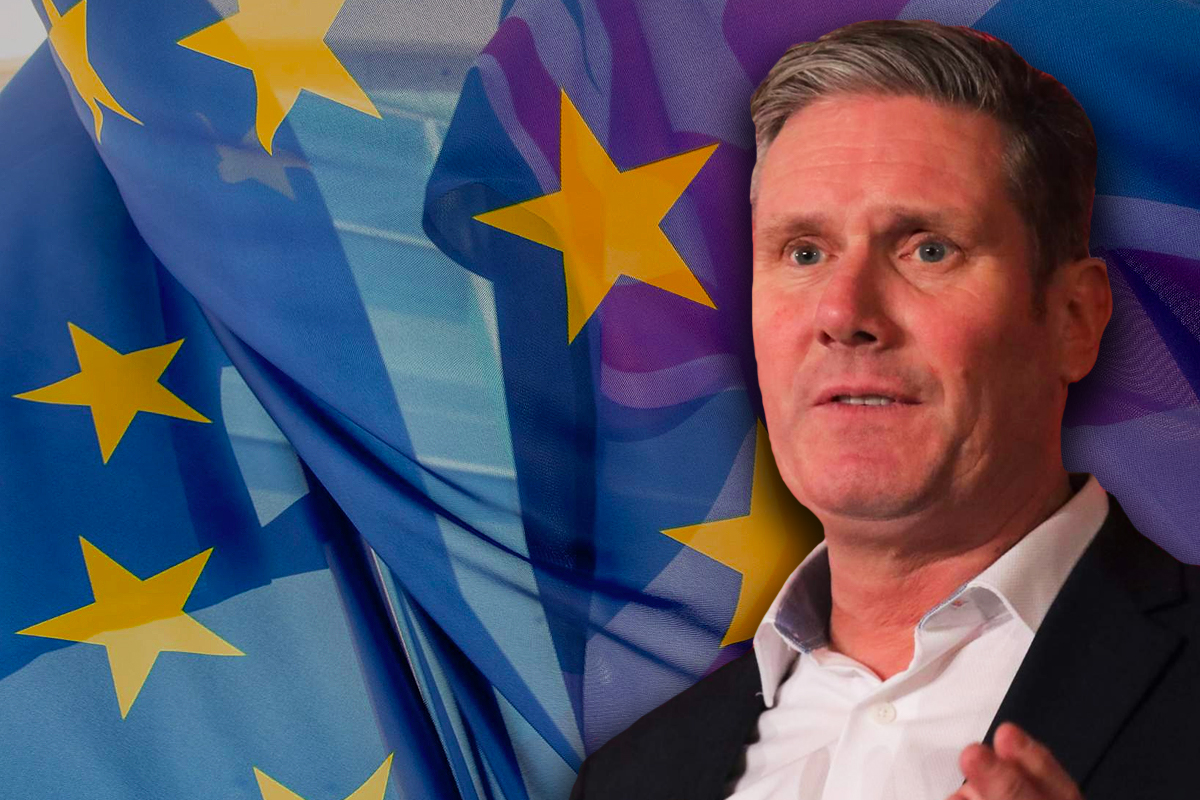 The Labour leadership believes that, in order to succeed at the next general election, the party needs to win back voters who backed Leave in 2016 and the Conservatives in 2019. However, coalition building is a complicated business.

Indeed, Labour also needs to retain its support among Remain voters and gain votes from the Liberal Democrats, the Greens, and the Conservatives. The five million Tory-Remain voters stayed put in 2019, fearing Jeremy Corbyn’s leadership more than a hard Brexit. They will not have the same fear of Starmer, but they will need reasons to make the jump.

Other factors are also at play. There is evidence that Leave voters left Labour in 2019 for reasons other than Brexit, notably the unpopularity of Corbyn, as well as the popularity of Johnson’s pledges to ‘level-up’ the country, to recruit police officers, and build new hospitals, especially compared to Labour’s manifesto.

In addition, the focus on 2019 risks missing lessons from 2017 when at least part of Labour’s unexpected comparative success (Labour lost the election but won its largest vote share since 2001, gained 30 seats and robbed Theresa May of her majority) was due to Remainers opting for the party. “Remain voters destroyed the Conservatives’ majority by flocking to Labour as the ‘best bet’ to stop a hard Brexit,” wrote Rob Merrick in The Independent after the result, referencing a British Election Study report.

Brexit could yet be a net vote winner for Labour. Its adverse impacts are only going to get worse and will be more widely discussed and understood by the next general election. Boris Johnson reportedly has plans for the next ballot to be a ‘keep Brexit done’ election. He may find that the project is so unpopular that his plan backfires.

But for Labour to make Brexit a vote-winning issue, it needs to be honest with the public about the trade-offs required for closer engagement. The EU will not offer “good will and flexibility”; negotiators will adhere to the rules, as is their way.

To convince voters that it can deliver a better Brexit, Labour must lay the groundwork by staking out an alternative to Johnson’s ‘sovereignty at all costs’ deal. People need to know how Labour would fix the deal, what the costs and benefits would be.

If Starmer’s party doesn’t define its position on what is perhaps the biggest issue of our political times, Johnson’s Conservatives will do it instead – an outcome that the country should seek to avoid at all costs, given the journey it has already taken the UK on towards this state of chaos.