We must not add the self-sabotage of ideological purism to the challenges of creating the mass movement required to tackle the climate emergency, says Rupert Read

Three years ago, the UN’s Intergovernmental Panel on Climate Change (IPCC) issued an alarming deadline: there were just 12 years left to cut global greenhouse emissions to ‘net zero’ in order to avert the worst extremes of climate change. A quarter of that period has now passed.

Ahead of next month’s COP26 climate change summit in Glasgow, the IPCC’s 2021 report declared a “code red for humanity”. Floods, wildfires and escalating famine haunt the news cycle. With each stark headline, a fresh cohort of society grasps for the first time the extent of the task ahead. Nobody, least of all Government ministers, are coming to save us, and we are all responsible for humanity’s biggest problem.

Extinction Rebellion (XR) has done much to accelerate this awakening; legitimising the language of the climate emergency and elevating climate action up the political agenda.

Some now believe that further escalation is required – a new more radical radical flank. That is the rationale behind the Insulate Britain (IB) protests that are currently repeatedly paralysing the M25. But is it likely that this group, mobilising and appealing to a smaller cohort of people than XR, are the future of the movement?

I am sceptical. Public awareness about the climate and ecological emergency is not matched by an appetite for more radical tactics. IB’s self-declared goal of mobilising 3.5% of the population has not materialised. It is likely to be much more marginal and result mainly in climate denial.

Nonetheless, thanks to XR and climate activist Greta Thunberg, a larger legion is newly aware about the challenges facing the planet. Over the next few years, as COP26 fails us and new disasters arrive, its numbers will swell. And its converts will want to know what action they can take that is congruent with the scale of the horror unfolding.

The climate movement is set to grow. What follows is a plea not to stand in its way. 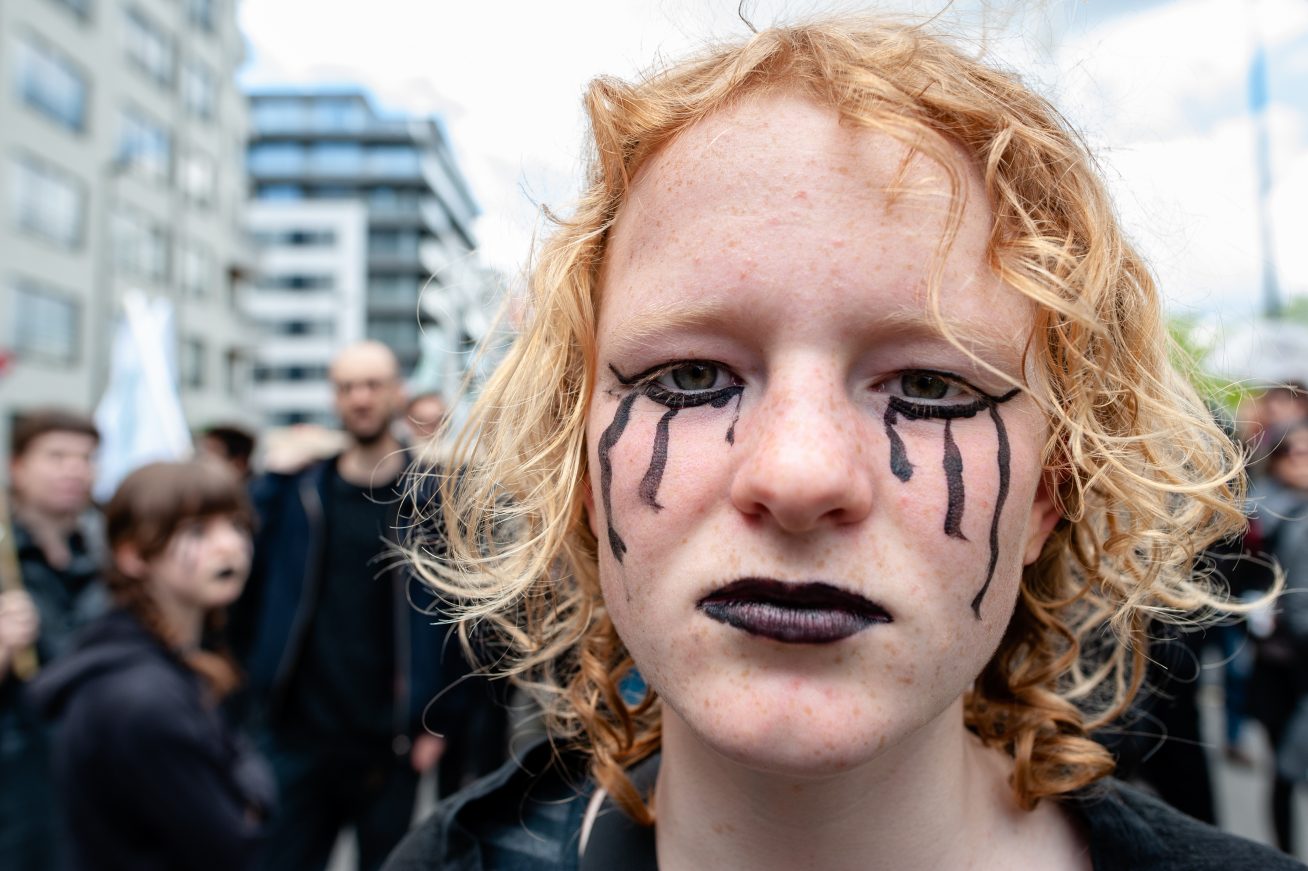 The Need for a ‘Moderate Flank’in Climate Activism

If humanity is to escape unmitigated catastrophe, mass climate action is required – at a scale dwarfing XR and the school climate strikes – to force a course correction. A mass movement is required to push for transformational, system-level change needed; and to act directly where change is opposed.

The success of the ‘radical flank’ of climate activism has been to shift the ‘Overton Window’ of acceptable policy. The idea of a climate emergency is now mainstream, thanks to XR’s actions, which have – to a certain extent – normalised climate activism.

For the majority of people, however, their willingness to participate does not extend to risking arrest. Therefore, within the space opened up by XR, a mass ‘moderate flank’ can and must form, removing barriers to entry for the many and realising their appetite to contribute.

We need thought leadership in this moderate zone, introducing methods of action that everyone can join. A number of organisations are showing the way – Climate Emergency Centres, Trust The People, Parents for Future, Lawyers for Net Zero , Wild Card and CTRLshift are among them.

The potential tactics to be adopted should relate to voting, lobbying and consumer action at one end of the scale; and mass civil disobedience at the other. In particular, the climate movement must exploit the world of work: workers have the power to press for rapid action from management, preparing to withdraw their labour if necessary – a tactic already modelled by our children.

As the world contemplates its working future in the wake of the Coronavirus pandemic, the need for action is urgent. As the world unlocks and destructive economic activity burgeons once more, workers need to demand a new status quo.

Workplace-based action will be a key protest area in the 2020s. But, to leverage its potential, we must prepare the ground for converts with no prior enthusiasm for activism. Some will hold moderate views. Some may incline towards the right. Many will have no interest in contemporary ‘identity politics’. Securing their cooperation will require a consciously diverse movement in which they feel welcome. It will require those of us who find conservatism distasteful to consider whether we are putting polarisation before the planet.

The great potential of the moderate flank lies in the power of shared fundamental values. As I have emphasised in my recent book, we are united by the common urge to protect what we love in the face of existential threat. We don’t need to persuade people first to adopt a new worldview (and a good thing too, because there isn’t time). Starting from common ground is common sense. 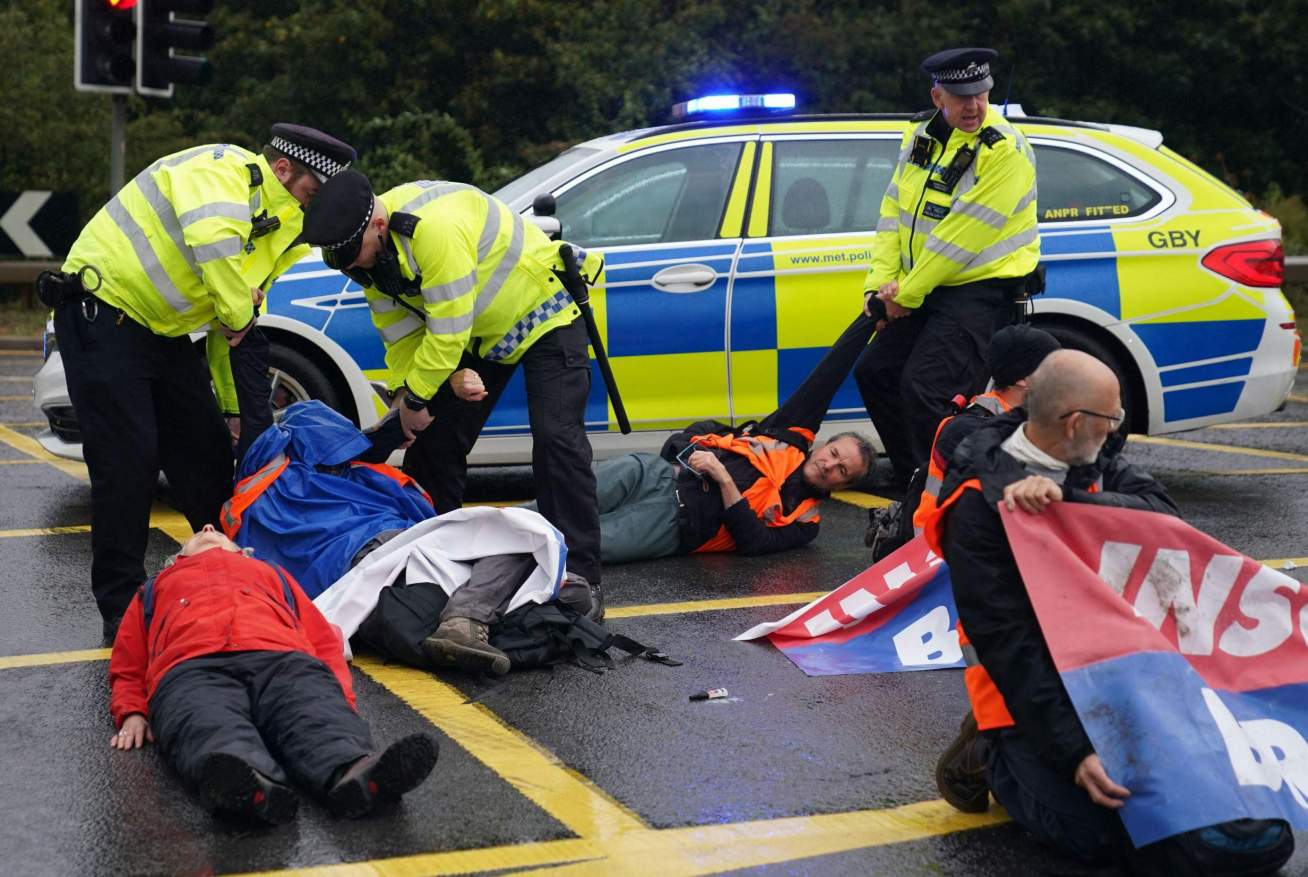 Insulate Britain & XRWhy Are they Failingto Win Over the Public?

A litany of shortcomings, biases and fallacies contributes to humanity’s lethal, global procrastination on climate. We shouldn’t add the self-sabotage of ideological purism: the de facto rejection of hordes of the willing. If a commitment to socially progressive views is demanded as a condition for entry to the climate movement, don’t be surprised if the movement remains marginal.

We must all now tame the impulse to reject those whose wider beliefs we do not share – because the stakes are too high to waste time. The need for a moderate flank requires abandoning the insistence that the climate movement must be left-wing or ideological in any way whatsoever.

The successful climate movement won’t be radical or moderate: it will be both. It will be ecumenical.

For this reason, it is crucial that moderate flanks do not call radical flanks out with harshness or negativity – and likewise that radicals resist the temptation to dismiss a sincere moderate movement as reactionary. Healthy climate activism is an ecosystem of interdependent factors and agents – and the greatest gift of the radical flank is likely to be the numerous new niches in which moderate mass action can thrive.

The awakening that we seek to manifest is larger by an order of magnitude than anything that might attract the label of ‘woke’. It has been articulated by our children, shaming their elders into action and demonstrating the power of the powerless in their cri de coeur. XR forcefully introduced it into the public imagination. But a more (conventionally) powerful army must now march en masse into the space that it has opened up. The parents of those children. Their families. Their colleagues. Those whose employment constitutes a tool of transformation.

The time isn’t now, it was yesterday. But now is what’s left – so what are we going to do?

Rupert Read thanks Vlad Vexler for helping with the genesis of the idea of this article, and Rosie Bell and Atus Mariqueo-Russell for extensive editorial work on it. His book, ‘Parents for a Future’, is available now