As neoliberalism swept across Britain and America during the 1980s and 1990s, a marked shift took place in the political sphere. The globalised world was becoming too complex, too unpredictable, and too unwieldy for politicians to effectively control.

While previous generations of politicians had aspired to be leaders – visionaries, idealists, disruptors – the new generation of politicians who emerged towards the end of the 20th Century instead became managers whose role was to maintain the semblance of stability.

These leaders stopped trying to change the world in meaningful ways, focusing instead on managing public opinion. Their role became one of perception management: distilling the endless complexity of the world into simple, neat narratives in order to inspire, comfort – or terrify – their populations.

Tony Blair, David Cameron and others like them crafted narratives around opportunity, ‘Cool Britannia’, the ‘War on Terror’, and the ‘big society’. The world of public relations and reputation management bled into politics, as an army of communication and PR professionals pulled strings and drafted copy behind the scenes.

We Must Resist this Exercise inHypernormalisation

The Rise of Deception Management

In the face of repeated botched responses to a host of crises in the past five years, a deeper and more insidious practice has emerged as the guiding principle of government. As Britain strains at the seams, deception management detracts from repeated failure, distorts reality, and embeds denialism into every day politics.

A form of political gaslighting, it blames those who question the Government, purposefully redirects culpability elsewhere, and hails disasters as triumphs.

Deception management is a consequence of the failure of our political class to effectively govern. It provides a way to obfuscate the incompetence, mendacity and malfeasance of our calamitous, chaotic, and divisive leaders.

The key function of perception management has been to create the illusion of stability and order within an overwhelming, complex world; to hide the fact that the unpredictability of the world is a direct result of the failure of our politicians. It is the perfect foil for those who think that image and emotion trump ability and reason.

For a generation of narcissistic politicians, their insecurities and shortcomings must be masked. Their dog-eat-dog mindset eschews accountability and craves success, whatever the cost.

While perception management has been enacted by the PR, media and business industries at the behest of politicians, individuals from these industries now populate our politics. PR people are no longer a tool of politicians, they are the politicians. Optics has become the object.

Cameron, Boris Johnson and Rishi Sunak – among others – worked in these and related industries before becoming politicians: Cameron as director of corporate affairs for television company Carlton; Johnson as the serial perpetuator of mistruths across the media; and Sunak as a hedge fund manager (who failed to declare his wife’s wealth in the ministers’ register, despite it exceeding that of the Queen).

A core component of deception management is Johnson’s toxic positivity, which shuts down debate and dissent, sweeps caution under the carpet, and precludes the possibility for change. In his world, it is one’s attitude that matters, rather than one’s argument. The emotional pitch is the pitch. Criticism is increasingly stigmatised, and anyone displaying discontent is outcast.

With help from their media supporters and financial patrons, these individuals habitually deflect attention away from their repeated failures and pass responsibility onto anybody but themselves. Their core aim is to convey the appearance of professionalism and competence.

Effective deception management dismisses criticism, redirects blame, and then declares unanimous victory, regardless of the actual result. It has led to the political sphere detaching from reality; reduced to acts of choreographed theatre. We can see this in Brexit, the Coronavirus crisis, the withdrawal of troops from Afghanistan, and the fuel supply crisis.

In the Brexit project, the “doubters, doomsters and gloomsters” were targeted as would-be saboteurs. The shortcomings of Britain’s withdrawal deal were blamed on the courts, the EU, immigrants, Labour, and anyone except those in power. The hardest of hard Brexits was presented as an unmitigated triumph, but its deep-seated failings were divorced from its orchestrators.

Throughout the Coronavirus pandemic, which has now killed at least 140,000 people in the UK, the Government deployed the same approach. Again, critics have been systematically dismissed as alarmists who are preventing the country from getting back to ‘business as usual’. Rising infections have been blamed on care home workers, students, and teachers, rather than those in charge (not to mention of Sunak’s ‘Eat Out to Help Out’ scheme, which accelerated cases by 17%).

In the midst of such repeated and compounding failures, Britain has entered a state of permanent crisis caused by deeply flawed and incompetent leaders. Politics in Britain is now defined by mutually-reinforcing disasters, followed by scapegoating and the manipulation of reality.

It has become a permashambles; an endless parade of disasters presented as successes, where culpability and contrition are entirely absent. A game to be badly played, and whose players must never admit their lack of skill or prowess. 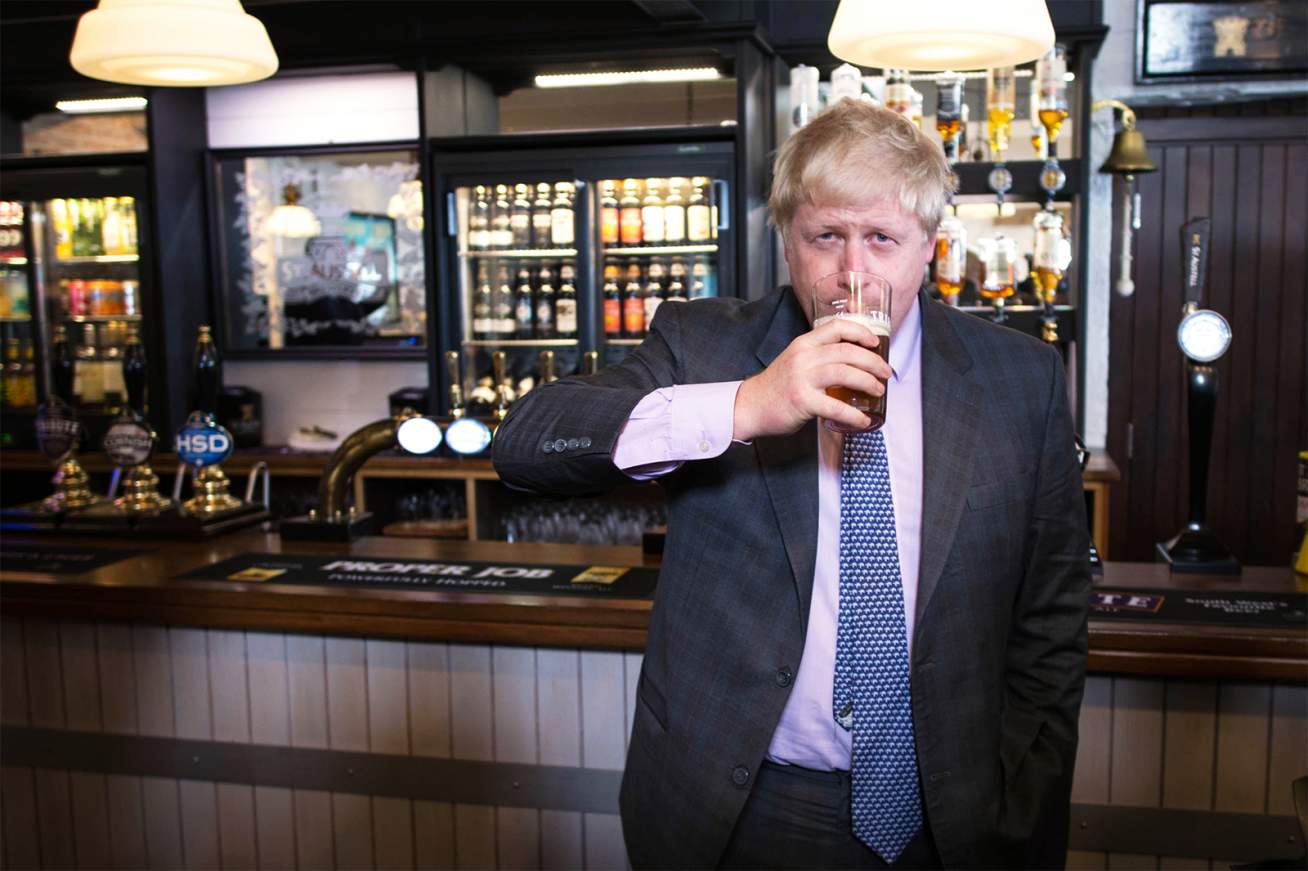 This state of perpetual crisis is, in many ways, the antithesis of perception management, in that it is deeply destabilising. A population living under constant emergencies is disorientated and confused, and their exposure to conflicting and inverted narratives leaves them open to manipulation.

During the recent fuel crisis, our leaders told us not to panic-buy petrol as there was, apparently, no shortage. The public unsurprisingly responded by panic-buying and, in a Kafkaesque twist, were then blamed for creating the crisis.

In such a context, it is unsurprising that the Government has been able to give out contracts worth billions of pounds to their political donors and allies, while then declaring the need for further austerity measures. Similarly, months after being clapped every week across the country and hailed as Britain’s valued and respected COVID saviours, NHS workers were offered paltry pay rises of 1% as “the best we can give”.

Such duplicity is facilitated by deception management, the only winners of which are its architects. In a post-Brexit wild west, anybody except those in power are vilified. For Johnson and his co-conspirators, policies have lost all meaning in the pursuit of power and the absence of accountability.

Hadley Coull is an independent writer and researcher, who runs insight collective, Headz. Dr Chris Ogden is a senior lecturer in International Relations at the University of St Andrews