When E.P. Thompson spoke from the Pyramid Stage at the 1983 Glastonbury Festival he reminded a cheering crowd that “England has not only been a nation of money makers and imperialists, it’s been a nation of inventors, of writers, of theatre workers, of musicians, an alternative nation….”

Thompson spoke of the need “for a just self-respect to be built among our people”. His words continue to resonate today.

For beyond the crude presumptions and casual cruelties encouraged by our current Government, there is indeed another England – An England of creative defiance and collective action, of conviviality and compassion.

These qualities were brought to the fore in communities round the globe in the counterculture of the 1960s and 70s and we have seen them in abundance more recently through some of the community-led responses to the current pandemic.

The counterculture at its best expressed kindness with fierce dissent.

It gave rise to widespread non-violent protests, notably against the Vietnam war and racial injustice – against needless poverty, environmental pollution, and gender and sexual preference discrimination. It championed freedom of speech and freedom of assembly. At heart it was about people coming together to explore other ways of being in the world, and so to build towards a better way of life.

It was informed by previous radical movements and revolutions, by the wisdom and spirituality of traditional peoples and by the anarchist idea that true freedom is not based on individualism but rooted in interconnectedness.

Despite powerful opposition, it was a culture the influence of which has permeated deep into the warp and weave of contemporary societies ever since.

Artists and makers of all sorts were at the centre from the outset.

The work produced in music, literature, visual and performing arts not only reflected the changing times. It challenged and informed both countercultural practice and wider society in a myriad of ways, profoundly affecting social attitudes and cultural norms to this day.

For writer Theodore Roszak the counterculture “stemmed from a dissenting sensibility as old as the lament that the Romantic poets had once raised against the Dark Satanic Mills”. For him this was the spirit of a generation willing to believe in themselves as a catalyst for change.

During the 1970s, the City of Bath became home to the Bath Arts Workshop – the setting for a spectacular flowering of creative activity and social enterprise. It was a rowdy and irreverent revolution of artists, musicians, performers, community technologists, entrepreneurs, artisans and radical thinkers, working with local communities to set up cultural, social and technology initiatives.

Theatre and performance, much of it both thought-provoking and hilarious, were at the heart of the workshop.

Thornton Kay describes Bath Arts Workshop (known as BAW) as “a rapid-response fluid outfit, these days it would be described as a social enterprise, loosely held together through weekly meetings where decisions were made, previous effectiveness and future strategy discussed, always through the lenses of practical logistics – transport, fundraising and finances, equipment, personnel. There was no political agenda or mission statement, and although some of us were paid a weekly pittance, shared accommodation, collective meals and mutual encouragement kept us going.”

For Corinne d’Cruz, the workshop was place where, “for a brief period in history I was witness to and part of something which I don’t think I will experience again in my lifetime. In retrospect a feeling of creative camaraderie which embodied the kind of love and laughter born out of a common striving to do things differently.”

We didn’t allow lack of money to get in our way.

At first, we operated from a damp basement, then an old organ factory and later from an old hairdresser’s shop where we sold second-hand furniture and clothes and ran a fleet of vans offering cheap removals.

By 1973 we ran two theatre companies: the Natural Theatre Company and Exploded Eye. The programme included weekly events and screenings in the local pub, a crash pad and information service, an adventure playground, music gigs and benefits, exhibitions and lots more. We accommodated all sorts of people’s different views, but in the end, it was our collective striving for practical action that usually prevailed. Humour was the glue that held us together.

We were completely open to people getting involved …and they got involved – kids and old people – people from many backgrounds joined in. We held a space where it was OK to fail, and where people could come and experience the arts who had never experienced them before.The unspoken philosophy was ‘just do it’.

Some of the groups that emerged from BAW went on to long term success – notably Natural Theatre which built a worldwide reputation performing in over 80 counties.

In the early 1970s however, we were just starting out on our adult lives, searching for new ways to live and work, taking advantage of the chinks of light in the rigid structures of the establishment.

Glyn Davies, co-founder of the Comtek community technology group recalled how “the threat of nuclear annihilation and the first sight of our isolated planet from deep space drew attention to the vulnerability of the earth and influenced many to seek an ‘alternative society’ or ‘counterculture’, in numbers that have only recently been exceeded by the current awareness of climate change.”

Not that we talked about counterculture and politics much. We were too busy making it happen. Many mistakes were made. But we were free to experiment and take risks. The results often surpassed our wildest expectations. 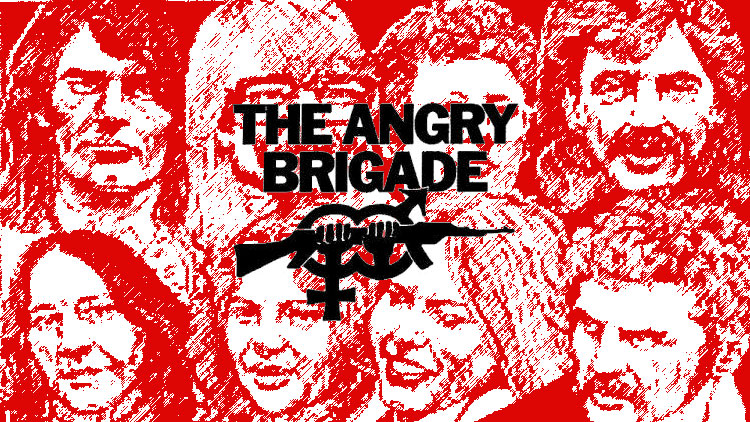 There’s a need to challenge the stereotype of the wider counterculture that tends to dismiss the movement as a naïve and failed experiment that ended in hedonism and despair.

Counterculture was in fact the idealism of the 1960s made real. It was a decentralised culture that encouraged everyone to invent and recover ways of living together that were joyful and transformative. It was about being curious, asking questions and exploring new capacities.

This was a more innocent and slower-paced time of course. A powerful alternative narrative could be forged and shared before being repackaged, neutralised and sold back to us by commercial interests.

But what of today when we find ourselves in an altogether more straitened and politically harsher environment?

Perhaps the Zapatista movement from Mexico has the closest thing to an answer when they talk about “a world in which many worlds fit’” and “placing politics and ethics, and not the economy at the centre of social life … caring for life, women and mother Earth as the highest priority.”

They are talking about a philosophy which is the opposite of neoliberal extractivism. Instead, it’s about deep reciprocity, respecting difference, relationship and responsibility. The generation of the 1960s and 1970s has failed to prioritise these values anywhere close to enough.

There isn’t an optimistic answer to these questions, but there need not be a pessimistic one either.

The feminist essayist Rebecca Solnit suggests that both optimism and pessimism foster certitude about how things will turn out, whether good or bad. She argues that they can drain away our capacity to care to try and to fight for things to be otherwise without knowing how it will turn out.

“You do what you can,” she wrote. “What you’ve done may do more than you can imagine for generations to come.”

“We can if we are willing

But we gotta be

Phil Shepherd is co-author of a new book about the Bath Arts Workshop, published 9 September 2021 by Tangent Books